Description and History – This site is visible from the N7 as you approach Roscrea and looks very impressive and dominating.  When you get to the site it does not disappoint, although it has to be said that the bawn is its most impressive feature.  The fortified house is in a ruinous state but you can still make out its basic structure and it must have been very impressive in its heyday. The house consists of a 17th century fortified house that was built into the side of a tower house.  The tower house was modified to be in keeping with the later house.  The property was modified again in the 18th century.  Unusually the tower house is made of sandstone with the quoins made of limestone.  The site appears to have been originally built by the Butlers who were listed as owners in 1640.  The tower house is in a very bad state and no floors or stairs remain intact and huge holes have been knocked into the thick walls. The fortified house is also in a poor state but one wall survives to full height and is decorated in the ‘artisan-mannerist’ style with oval and lozenge designs in red brick.

The bawn is a massive structure and is 137m x 76m and is made of sandstone. The original entrance still survives in the NW wall but the wall has been broken through in many places.  In the NW portions of the wall there are many gun-loops which point down the hillside which would have been the most likely point of attack.  There is a wall-walk that goes around the entire bawn but is blocked by a chimney stack in the E wall.  This was part of an outbuilding that is now destroyed.  There was also a windmill at the site that is now destroyed.

Difficulty – Easy enough to find but do ask permission as this is on private land.  The owners were more than happy to let me roam around.  There ruin is now in a field used for pasture and yet again I was chased by cattle and had to jump into the next field and climb the bawn to get away.  Apart from that this is a fantastic site to visit. 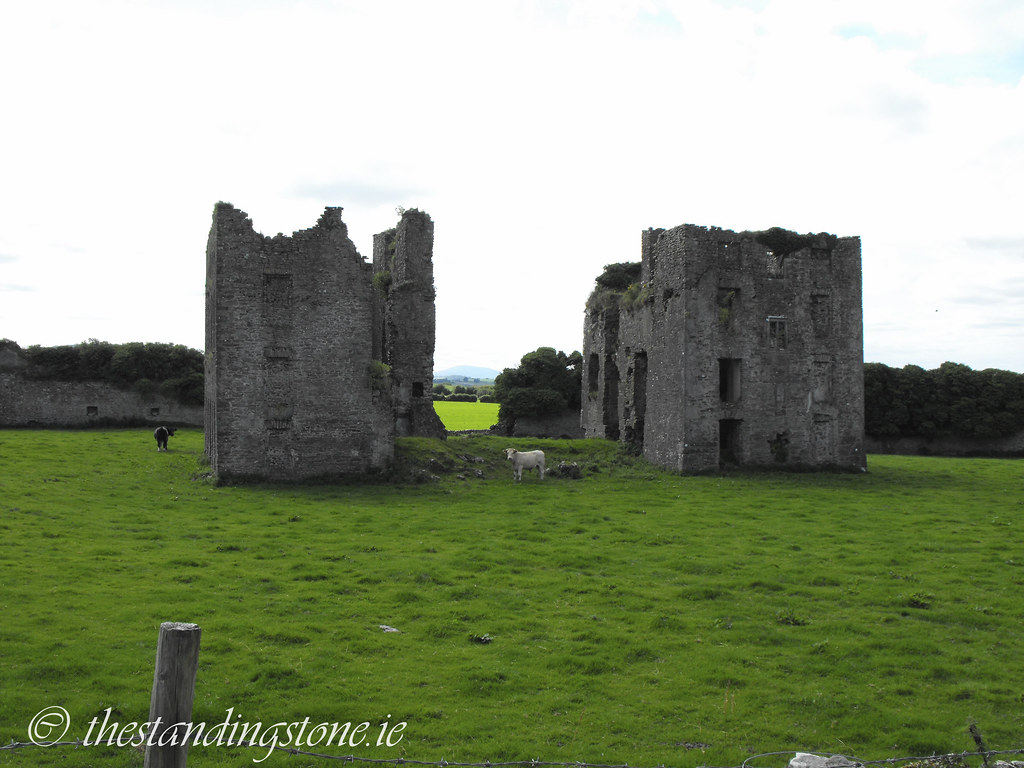 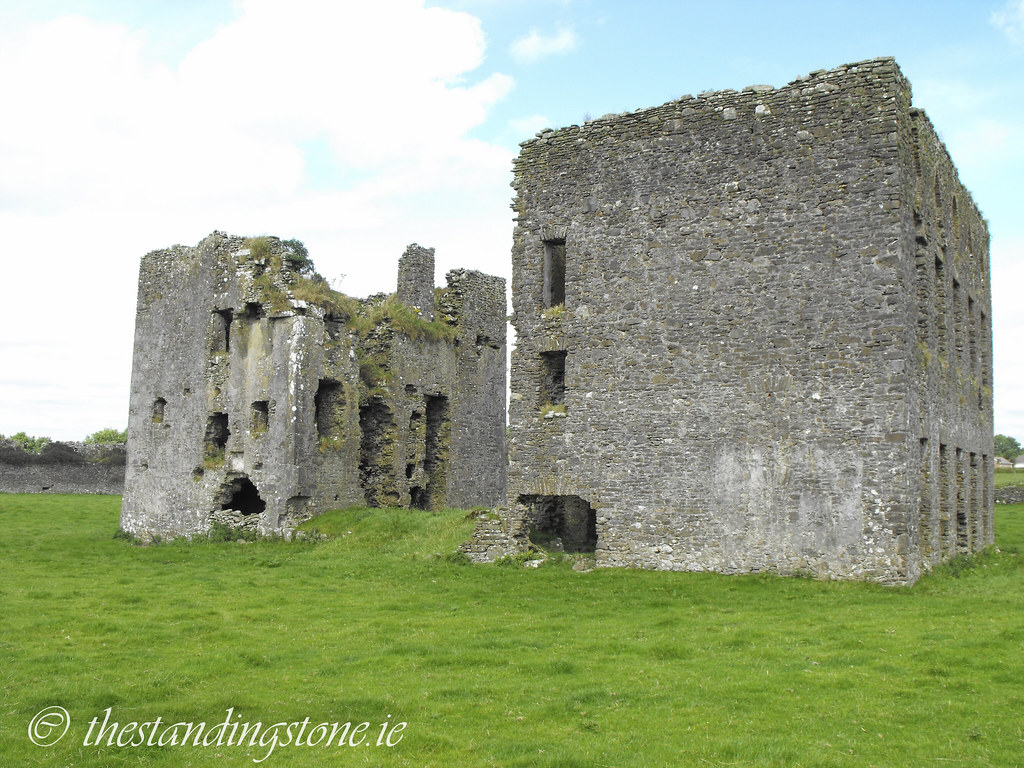 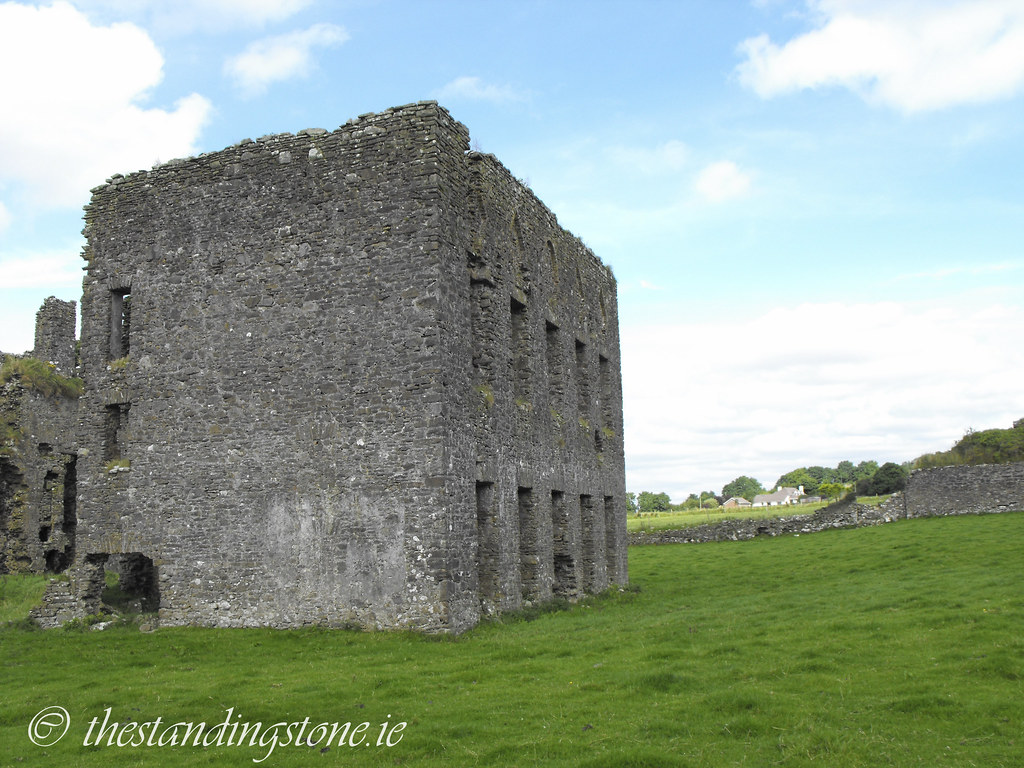 This is the later fortified house portion of the castle. 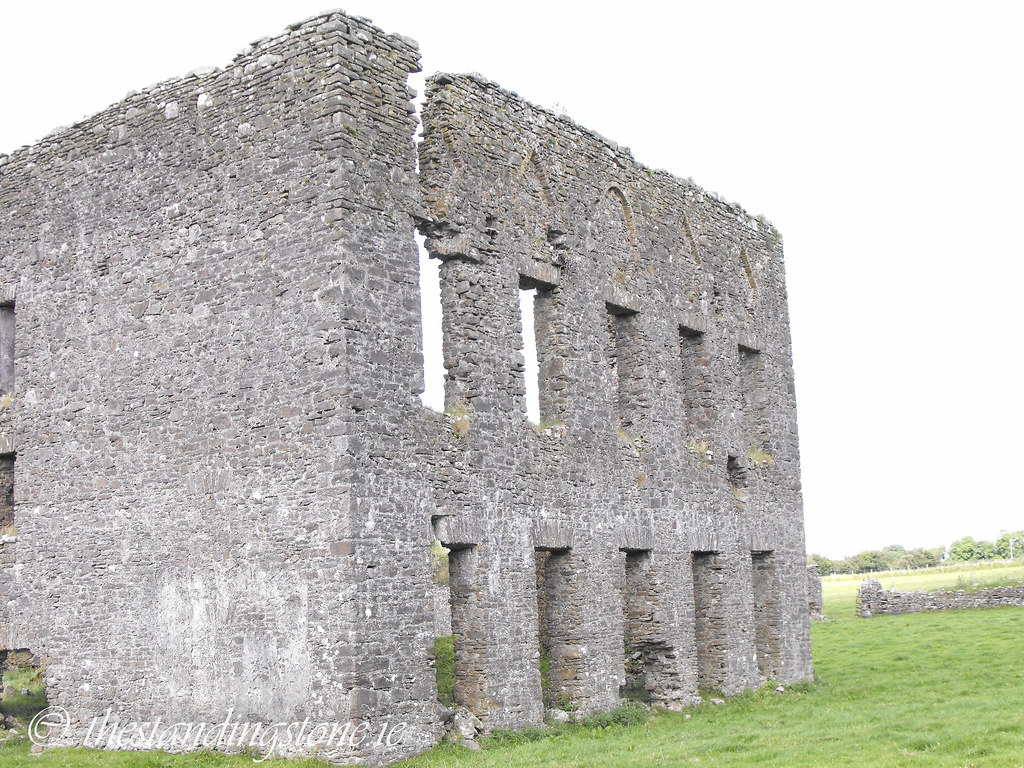 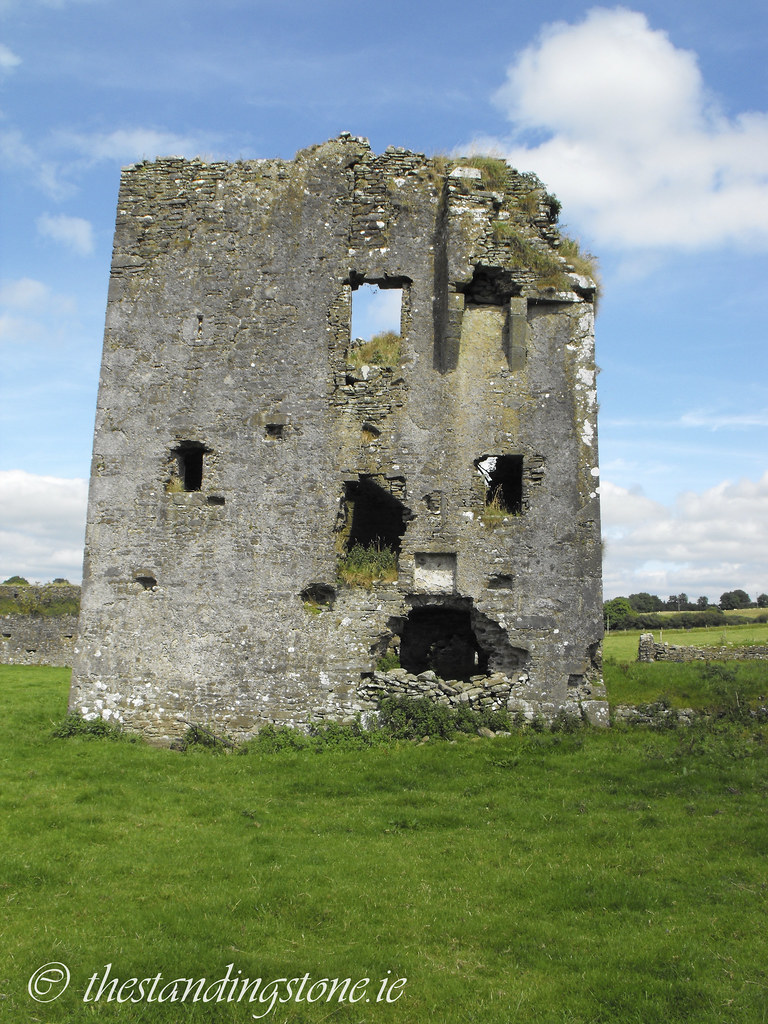 The tower house section. Note the machicolation on the top right of the wall. 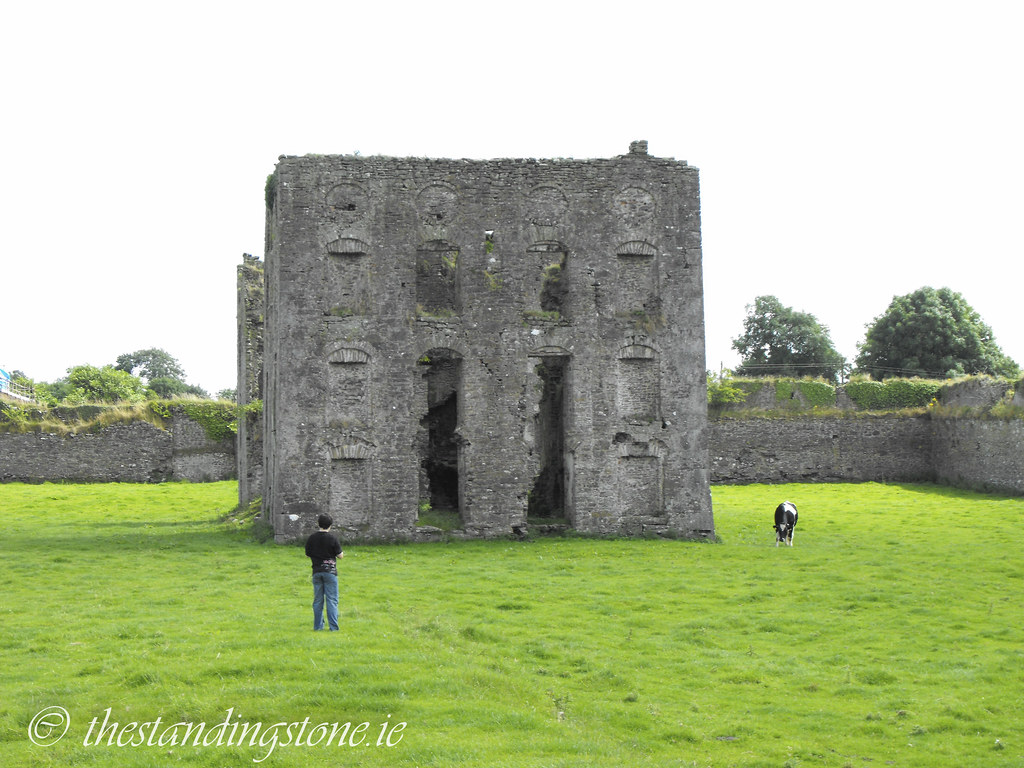 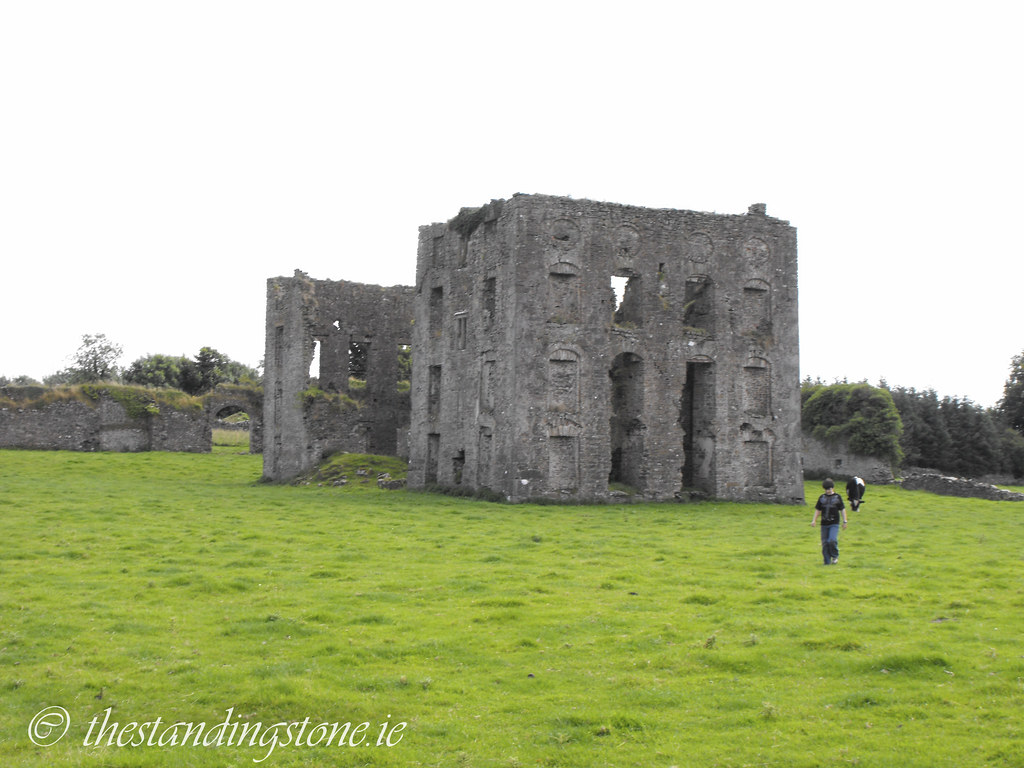 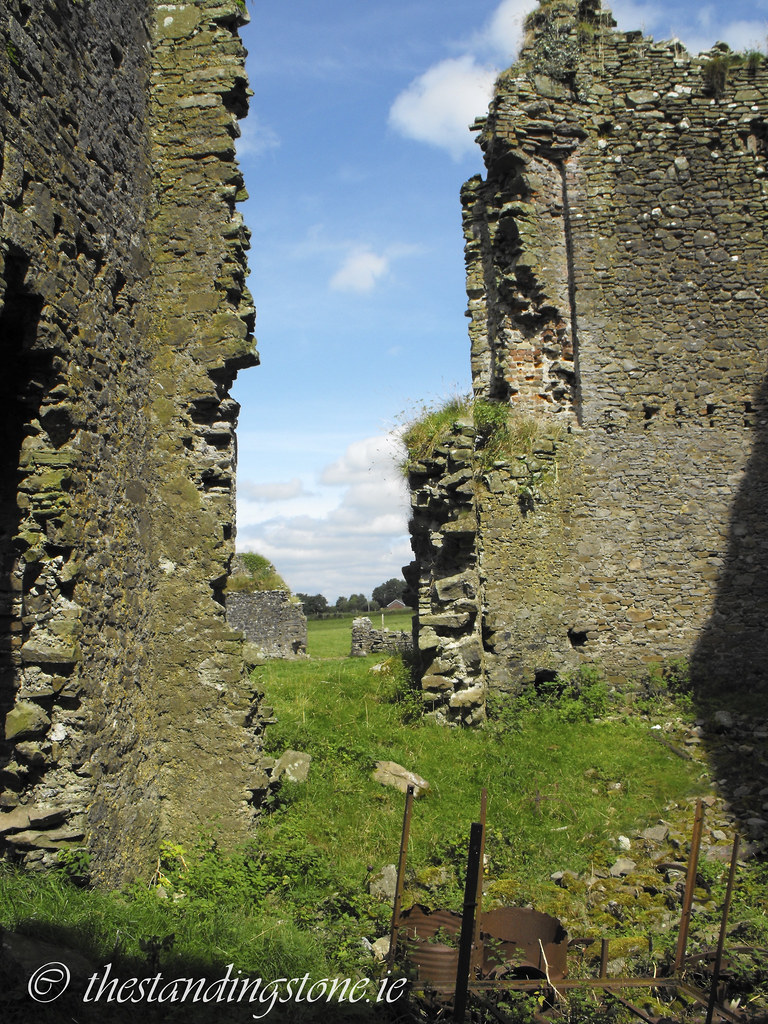 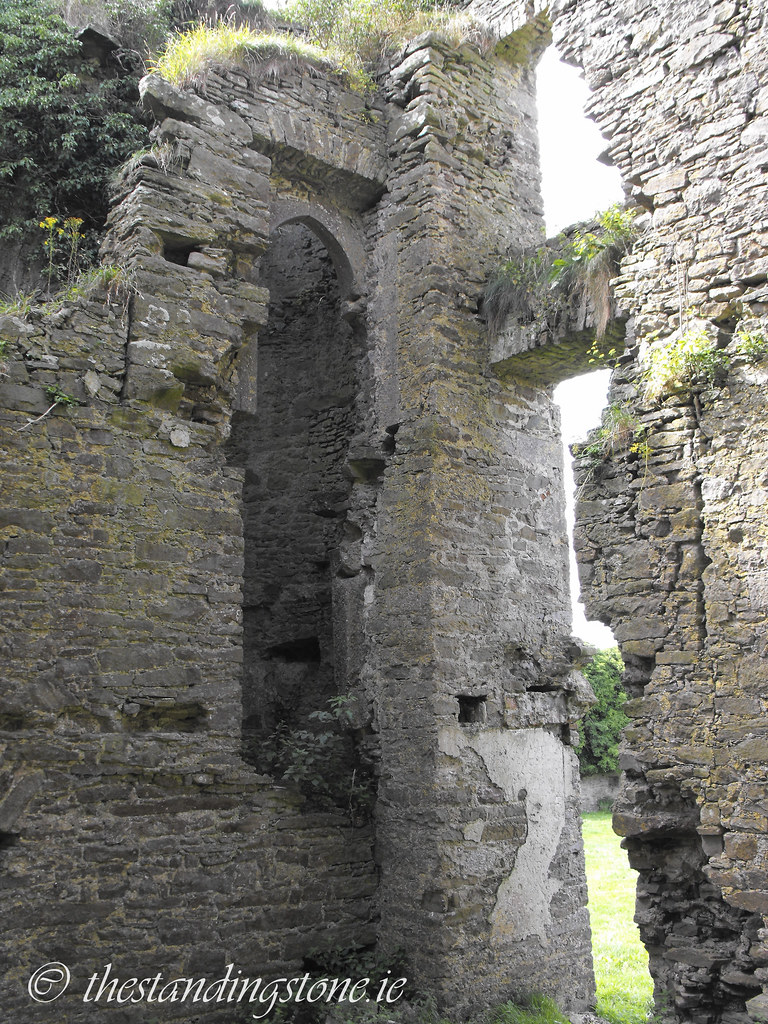 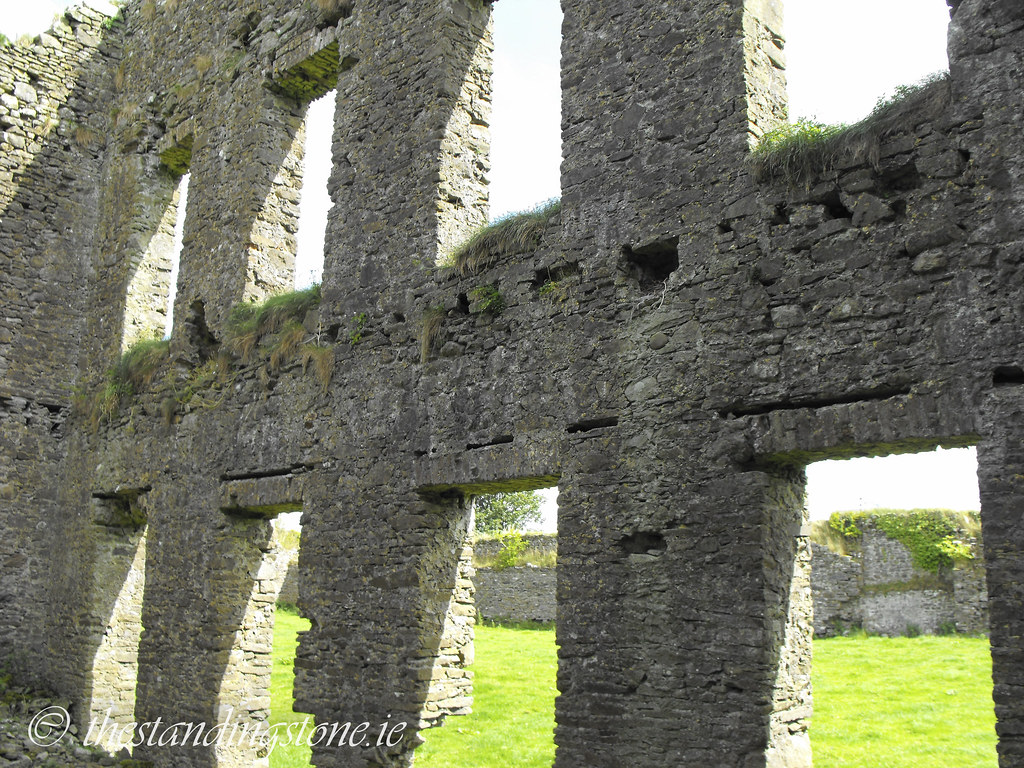 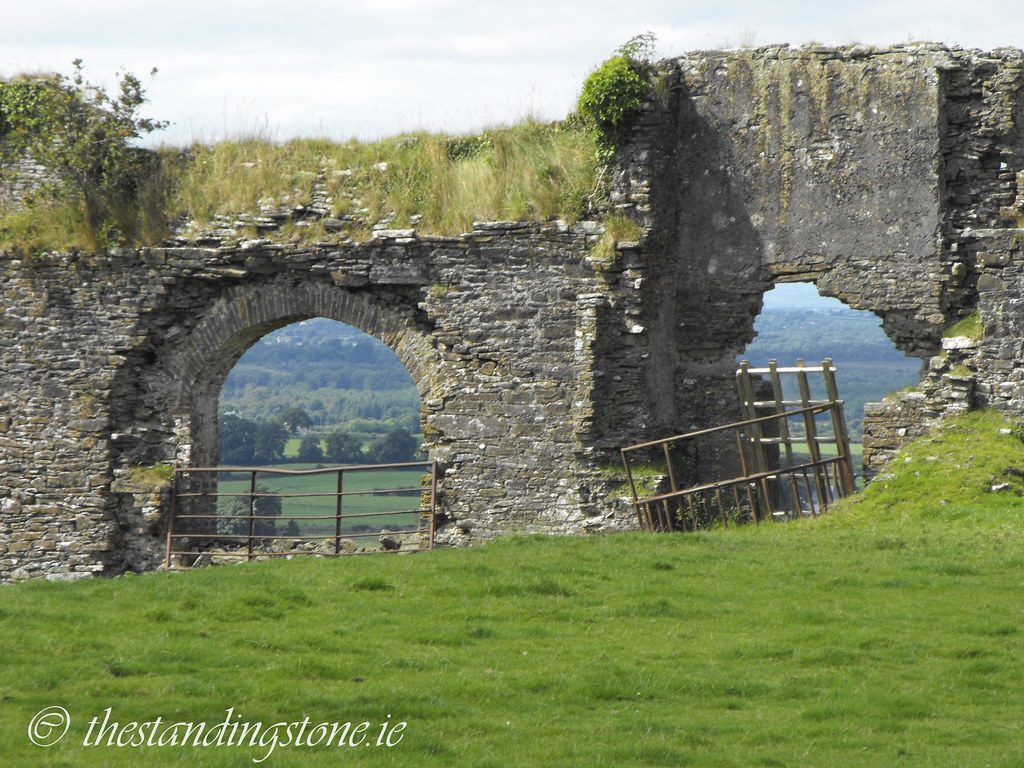 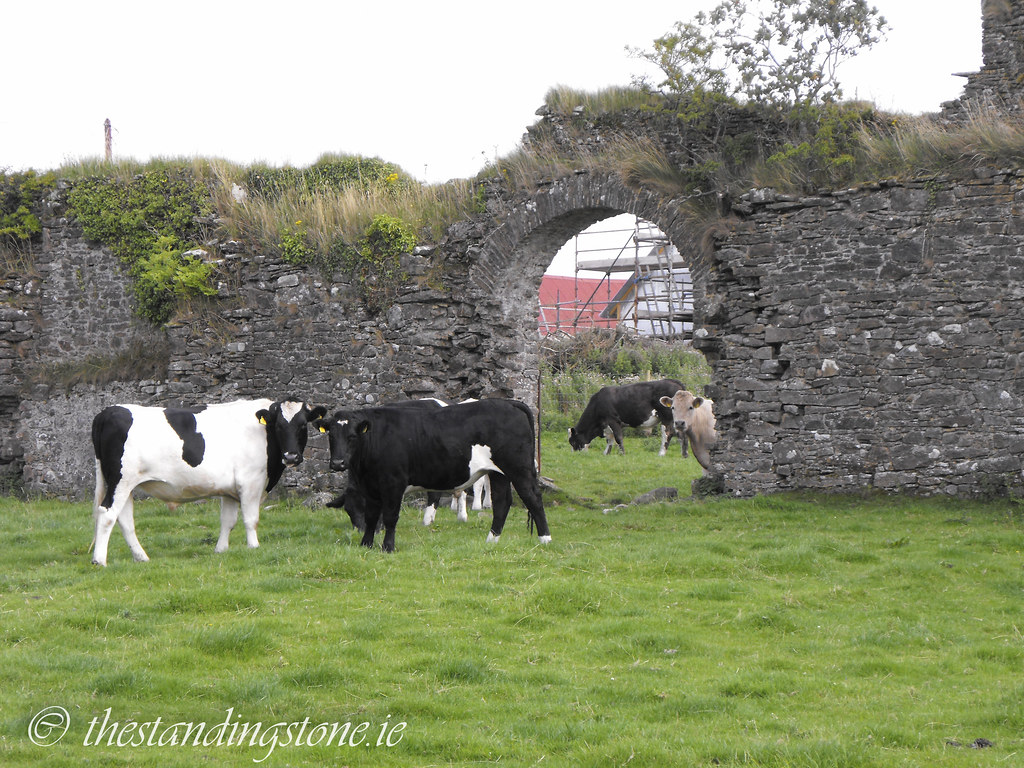 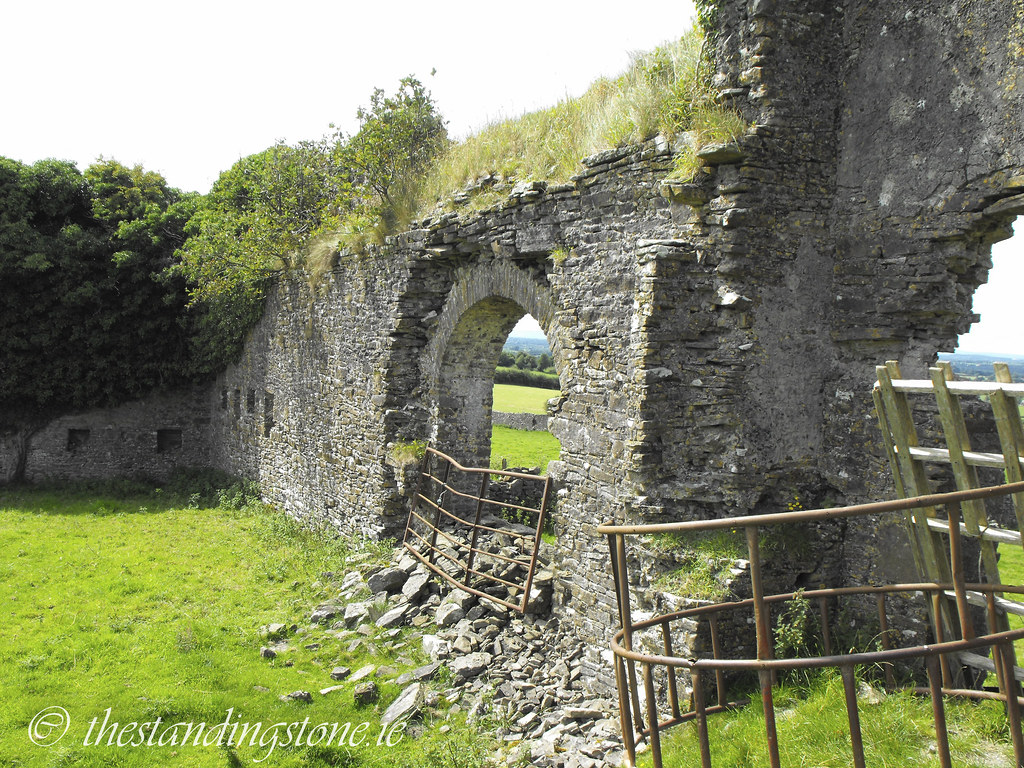 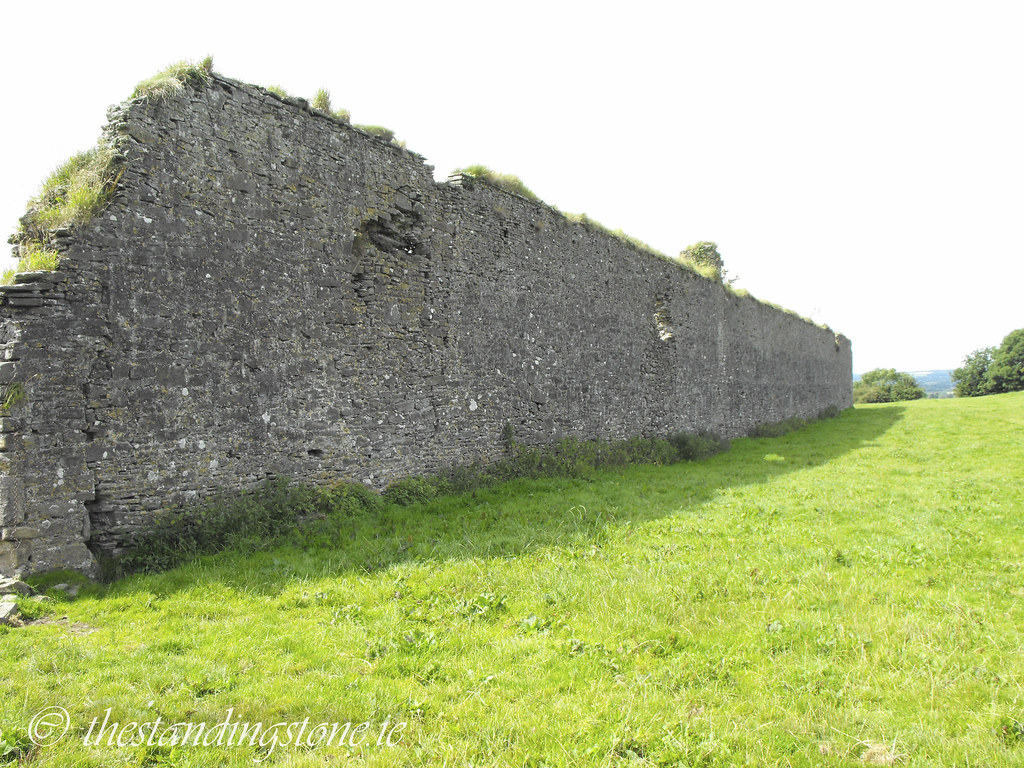 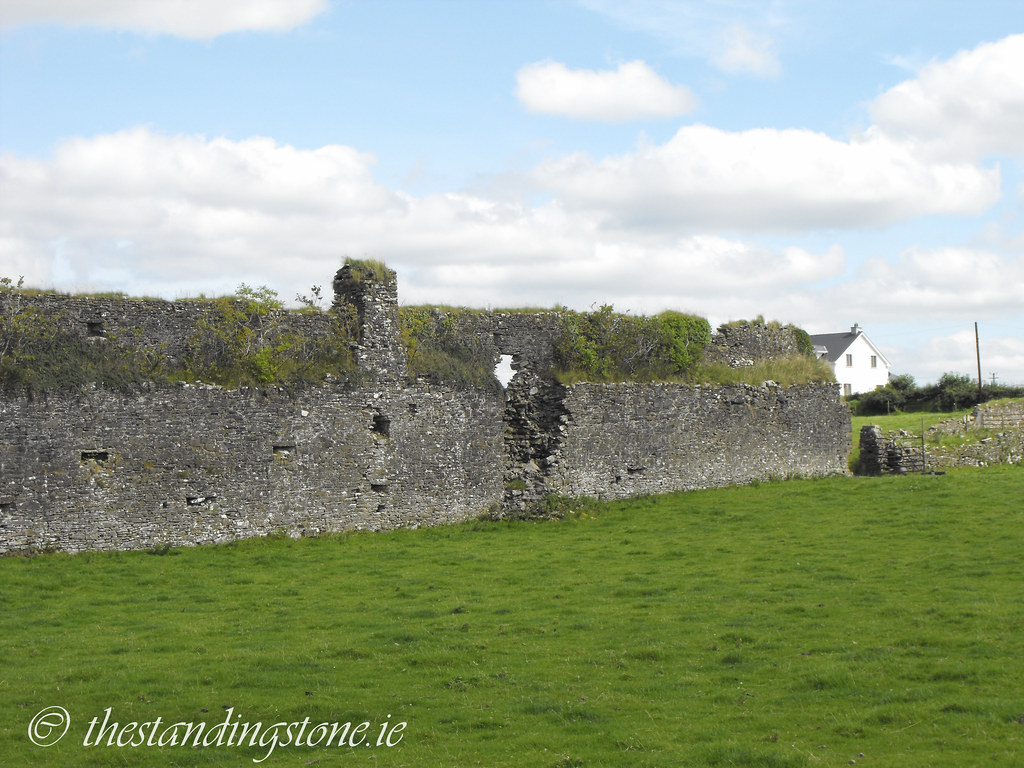 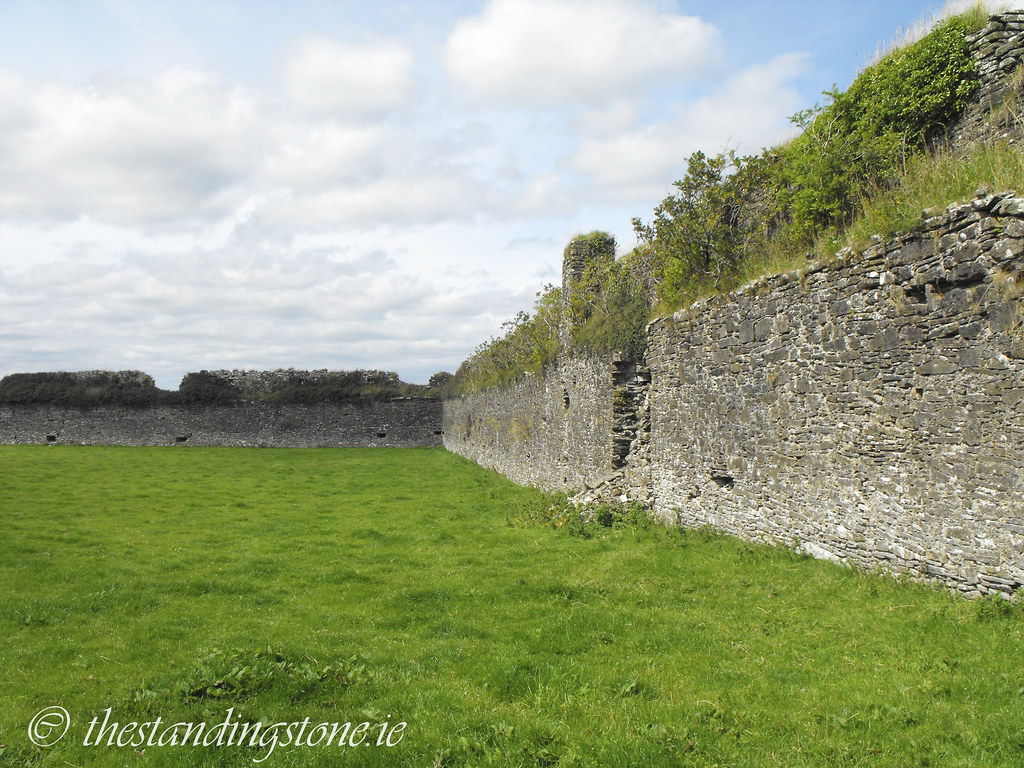 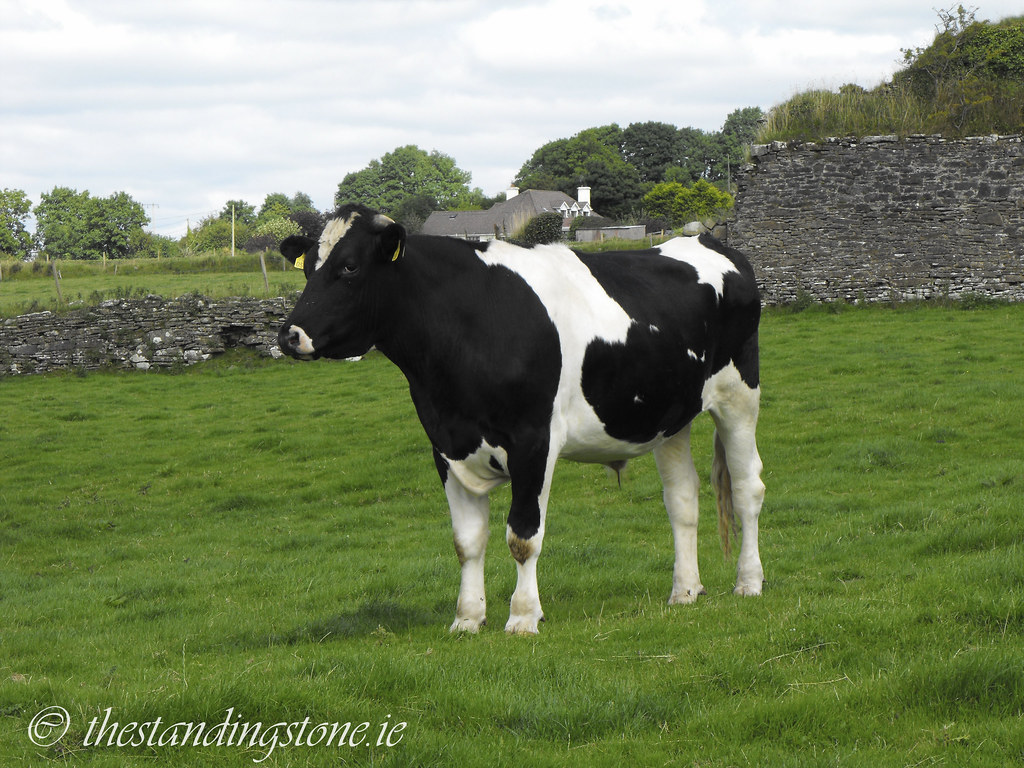 Watch out for the cattle.