Machicolation - A hole built over the entrance to a castle through which objects and liquids could be dropped on enemies below. 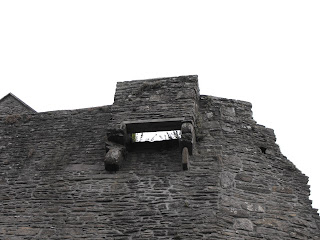 Mason marks - A mason mark is a mark cut into a piece of dressed stone. Their exact purpose is debatable but it likely that they served multiple purposes. Some, and more simple marks, may indicate where certain stones were to be used in a building plan. More complex marks may be the particular symbol of a mason to identify the stone as the work of that particular mason.

Motte and Bailey - Norman structure built in the years following the Norman invasion of 1169. They are usually a steep sided, cone shaped, flat topped mound which is surrounded by a earthen bank. Wooden structures consisting of houses and defence structures would have been built on top. Many were replaced by later stone structures and many were built on the site of earlier ringforts. 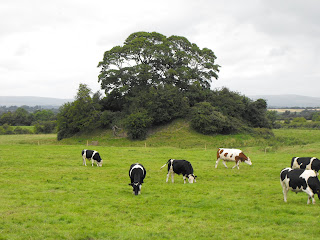 Motte and Bailey at Aghaboe in Co. Laois.


Mullion – The upright that divides a window into two.


Mural Passages - A passageway built into the thickness of a wall of a castle. 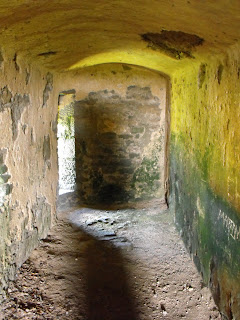 
Murder Holes - Similar in fuction to a machicolation but on the inside of a castle.  They are usually just holes in the floor over an entrance way.