Description and History – Located on the banks of the Ollatrim river this hall house can be seen from the nearby church.  In the civil survey of 1654-56 the house was listed as ruined and considering that it has been in a ruined state for nearly 400 years it is in good condition.   The hall house was built in the late 13th or early 14th century and there is evidence of some 16th and 17th century alterations. The N-S wall is nearly 12m in length while the E-W wall is nearly 17m in length.  No floors remain but the house us two storeys high and the floors would have been carried on wooden beams embedded into the wall.  The spiral staircase was wooden and no longer in situ.  There is evidence of a wall walk level that is now destroyed.

Difficulty – The hall house is located in a wheat field by the river and can be easily reached but try to walk through the tractor tracks so as not to damage the crops.  The N side of the castle is a little boggy because of the proximity of the river and the interior is overgrown and full of rubble so mind your step. 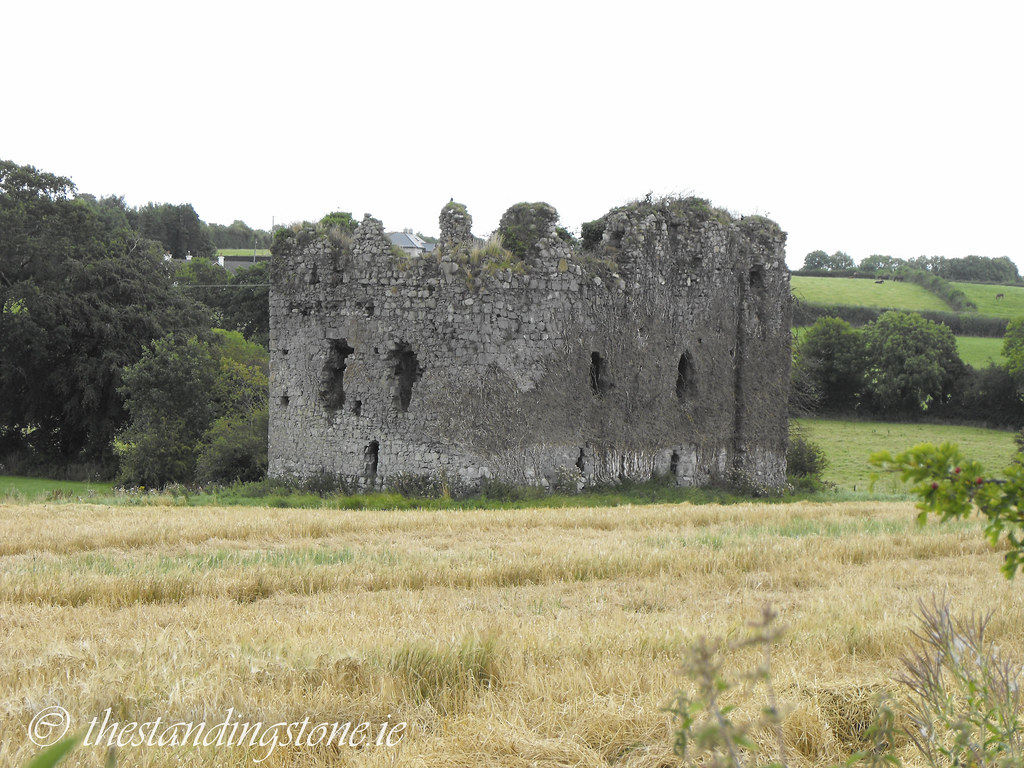 As seen from the rear of the nearby graveyard. 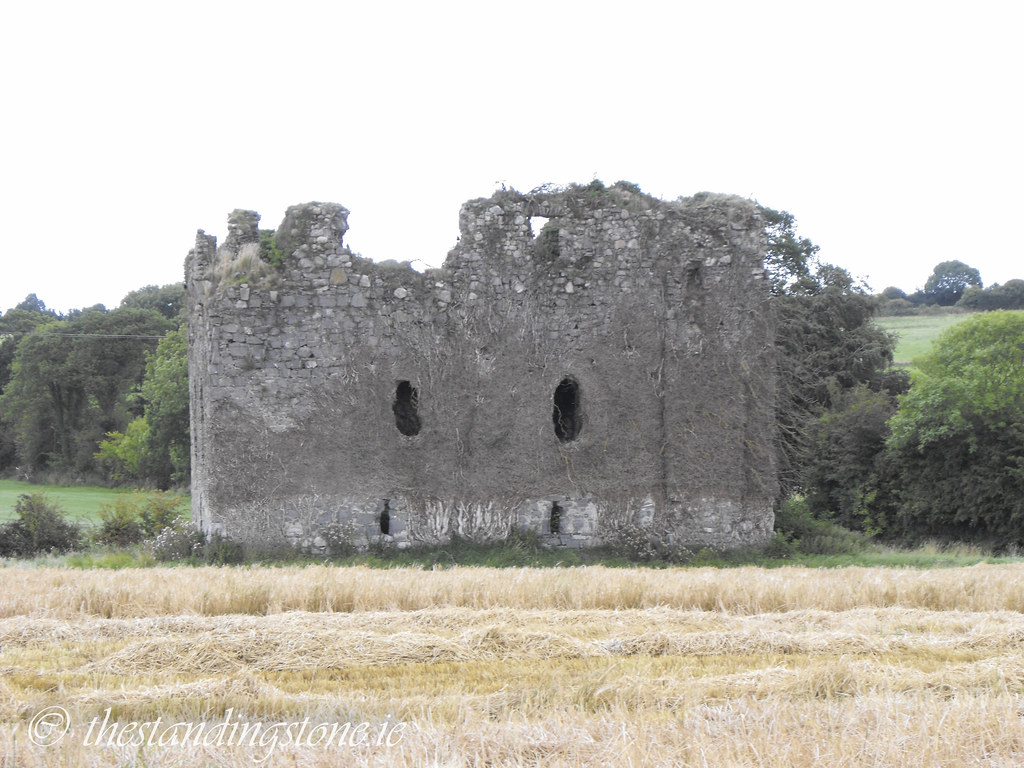 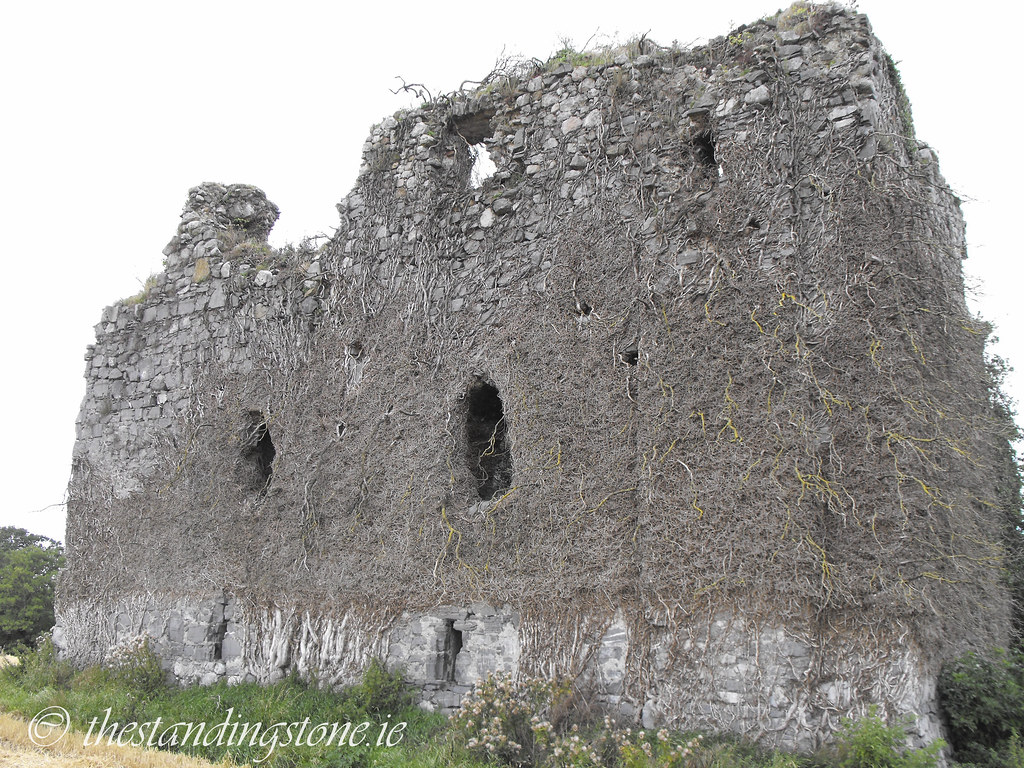 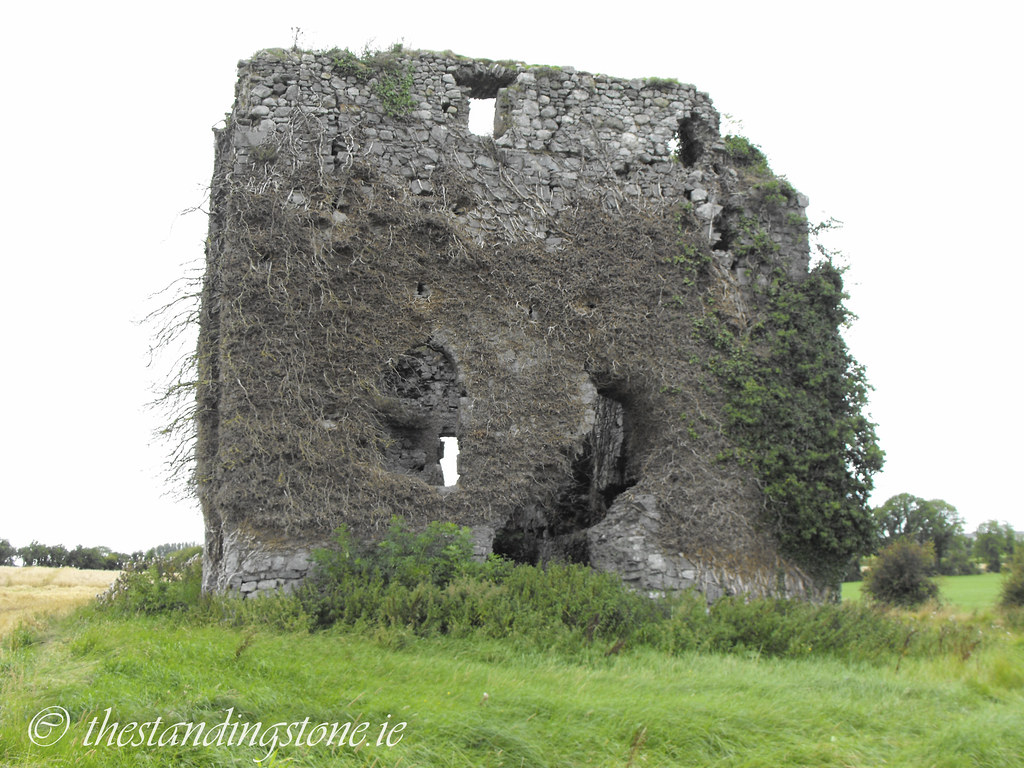 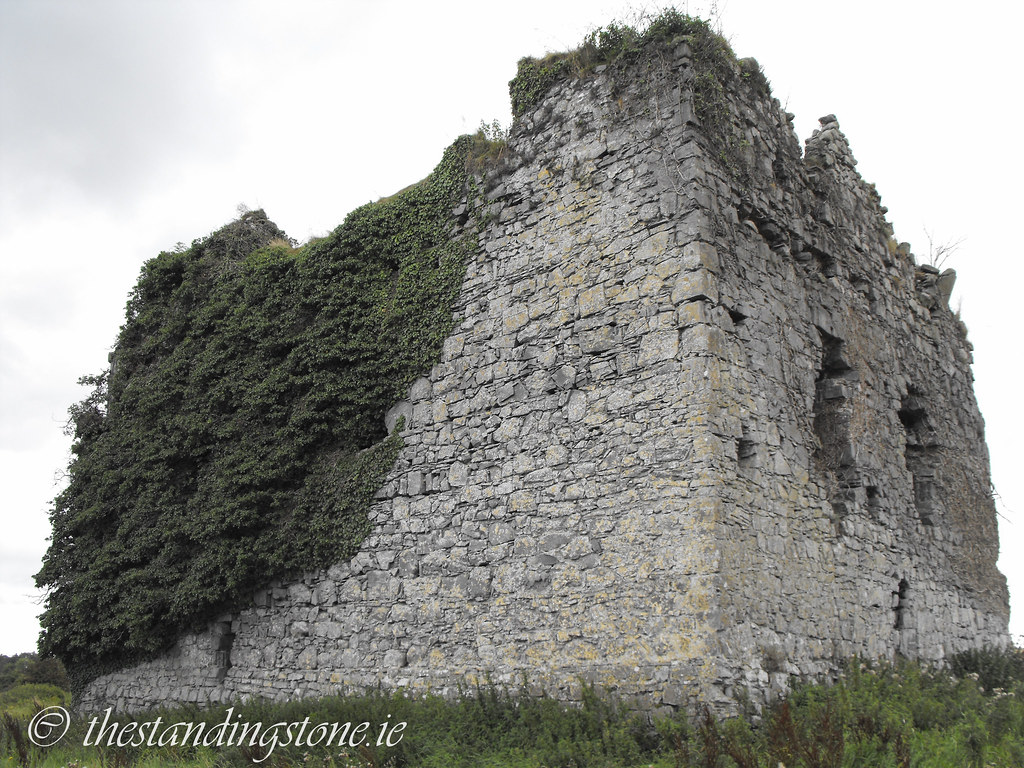 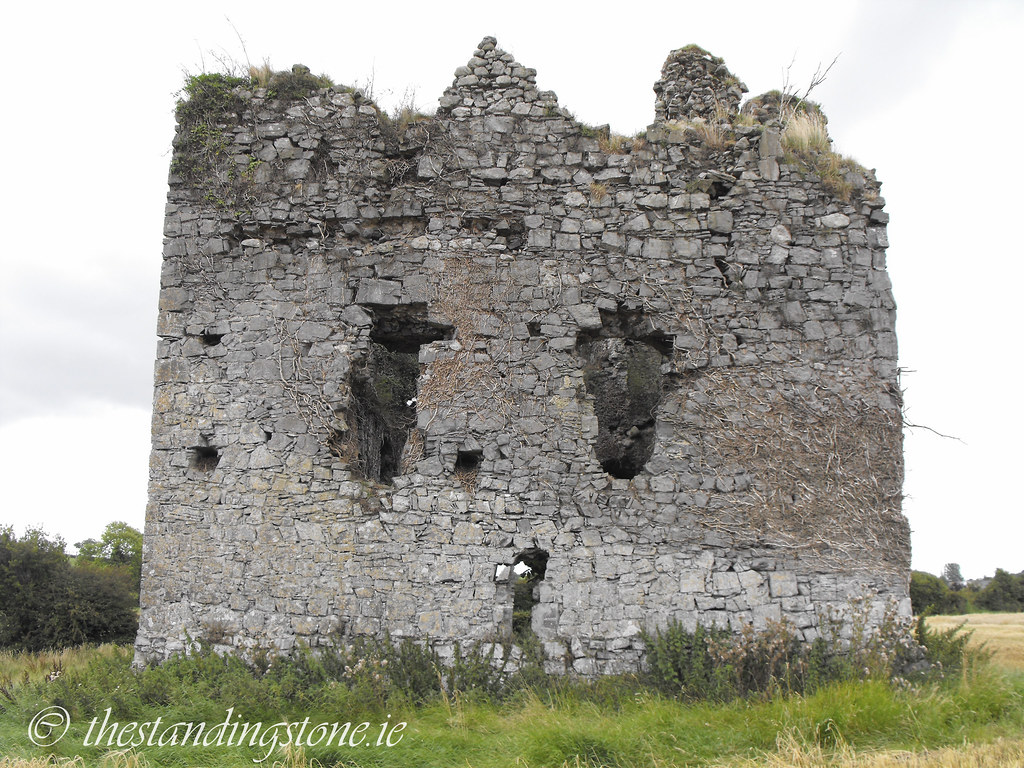 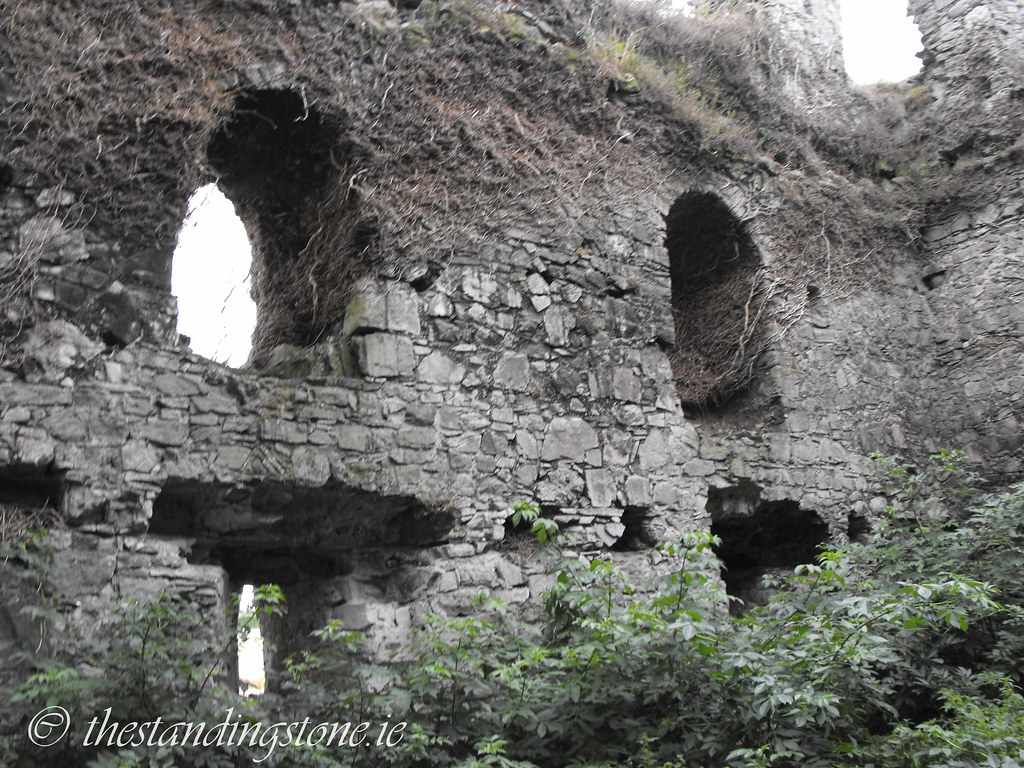 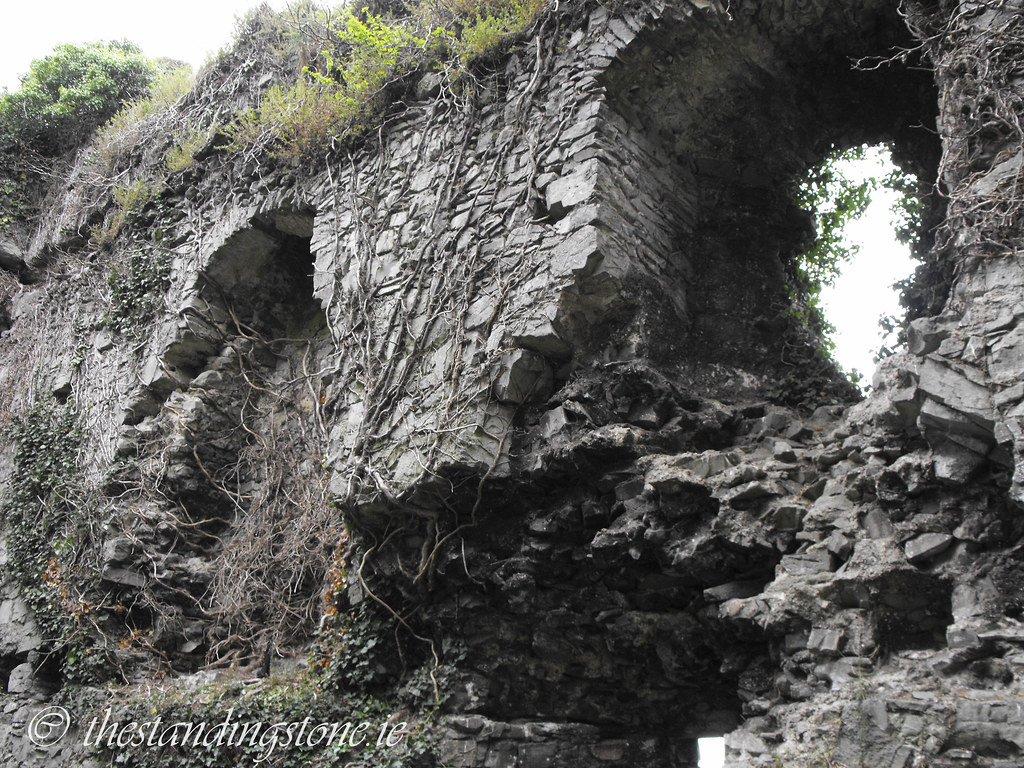 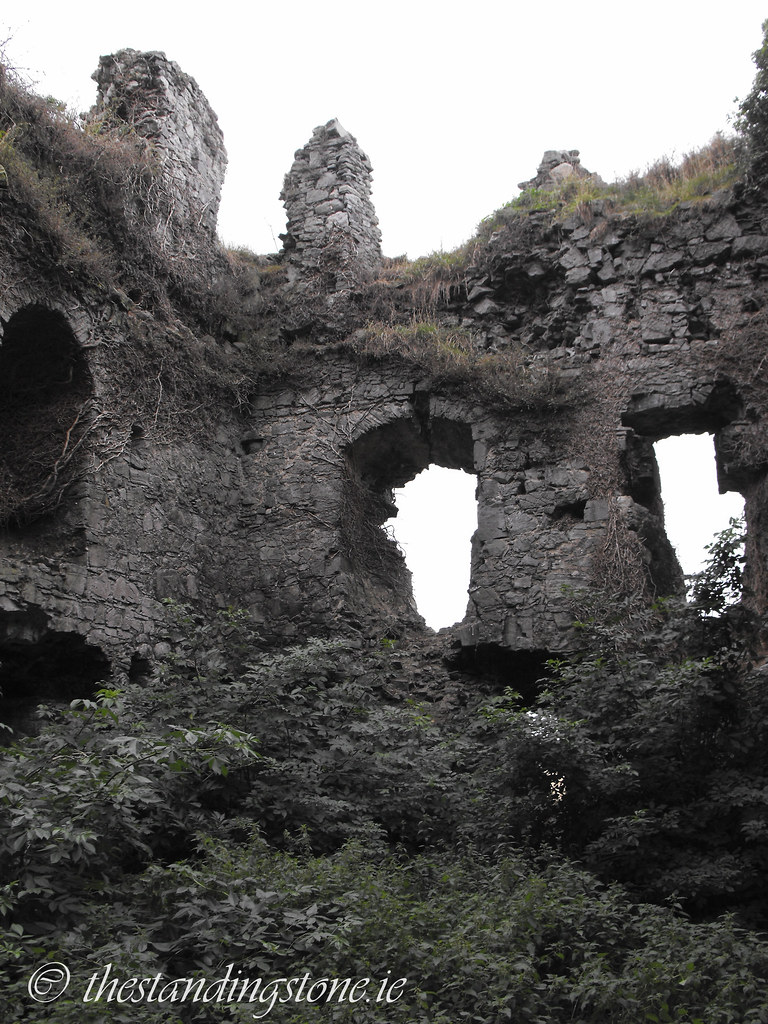 It is so overgrown inside that it is impossible to get to all of it. 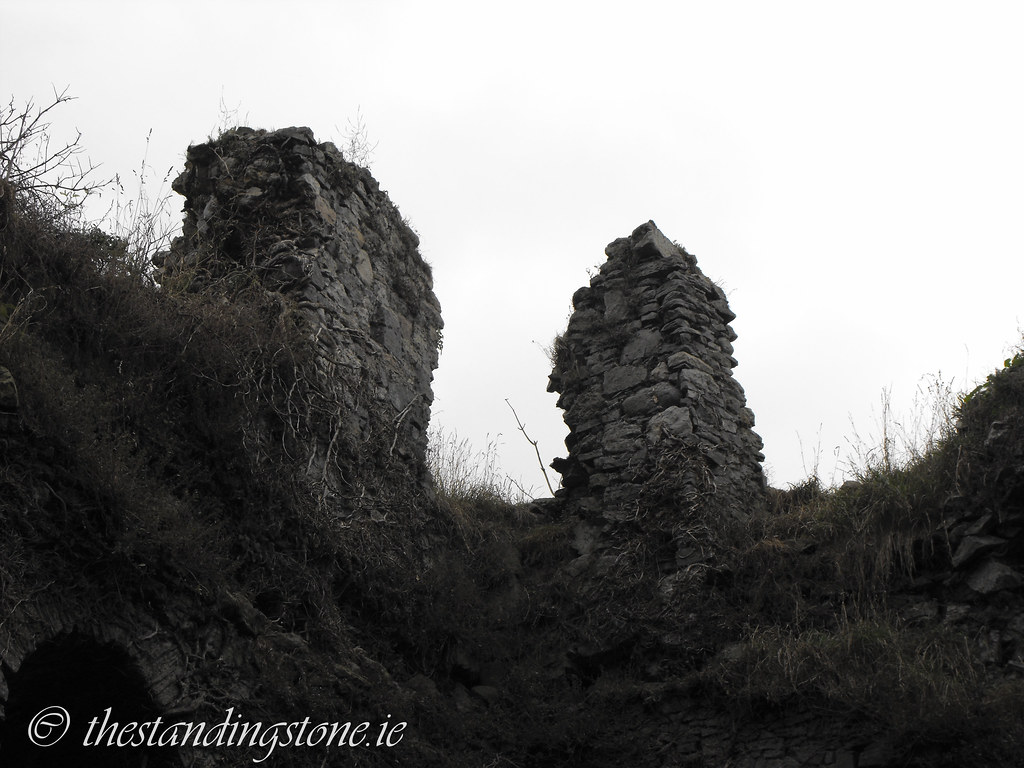 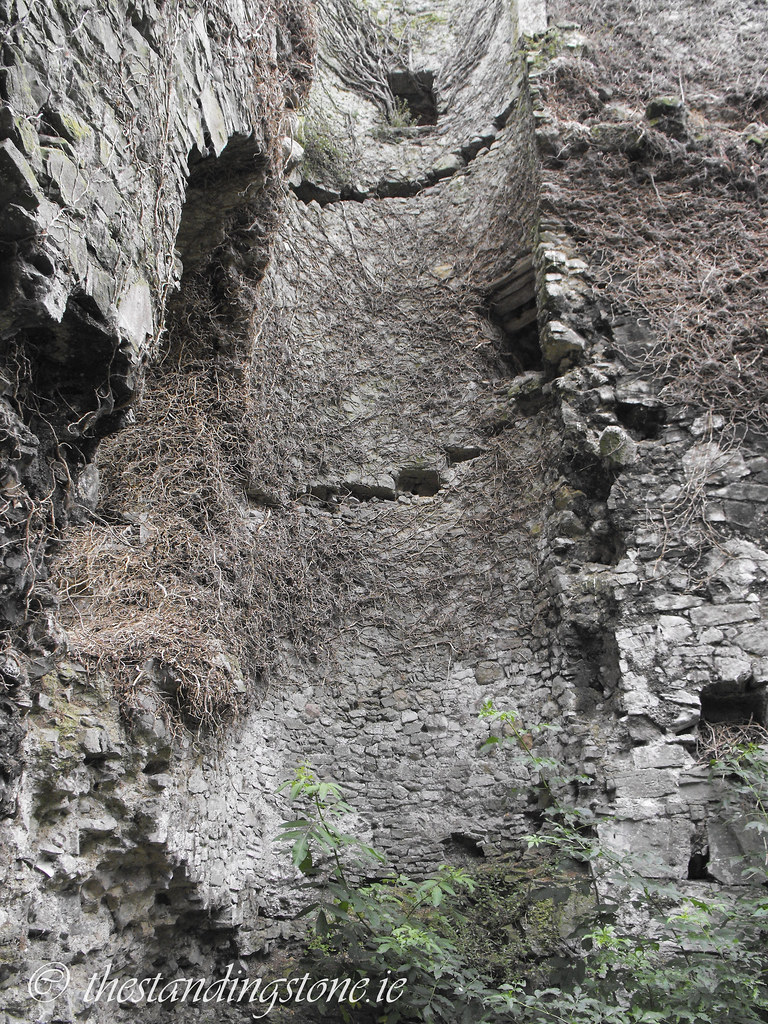 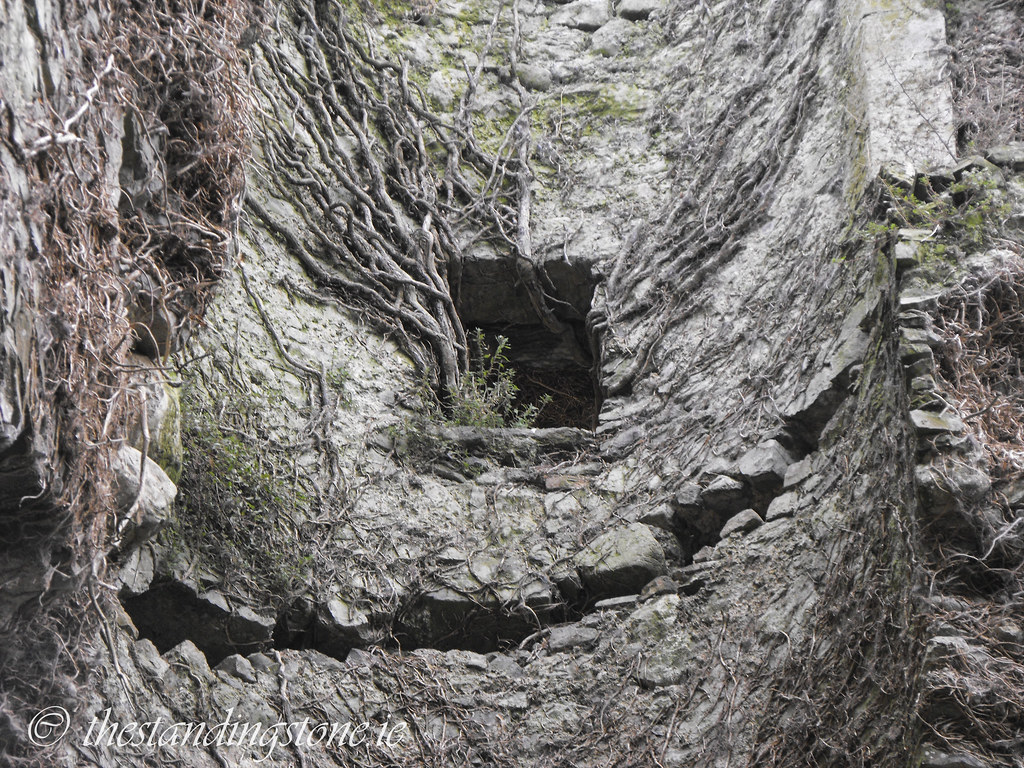