Location – At the west end of St. Patrick’s Cathedral, attached to the nave.

Description and History – The tower house is unusual in that it has been built onto the end of the Cathedral. It is possible, from the north side, to see where it joins on. Stalley has suggested that the west wall of the nave had collapsed prior to the construction of the tower house as the joining line is not straight. Sometimes referred to as the Archbishop’s Palace, it was constructed early in the 15th century by Archbishop Richard O’Hedian (1406-1440) and although it’s often credited as being his residence, it is unlikely that he resided here often. It seems unsuited for the needs of an archbishop, and lacks a garderobe. He likely had a more elaborate place to live elsewhere, but maybe he used this when it was convenient, or perhaps it was more of an administrative centre. Interestingly in 1421 during parliamentary sessions O’Hedian was accused John Geese, the bishop of Waterford and Lismore of hating the English, counterfeiting the King’s seal, and wishing to be the King of Munster. Geese also reveals that O’Hedian gave his concubine a ring that had been on a statue of St. Patrick. This is interesting as it would explain some of the building choices that O’Hedian took at the Rock of Cashel, adding a castle, and battlements on the Hall of the Vicar’s Choral. It would certainly fit the profile of a man who desired to be king. Could it be possible that O’Hedian was trying to make the Rock his ‘castle’? Given the building boom of tower houses across Ireland at this time, O’Hedian, in seeing himself as a king-like figure would not have wanted to be left behind in this regard.

The tower consists of five storeys, and is roughly 10m x 5m in diameter. It is constructed of limestone and would have had a parapet surround the top, although most of this is now missing. A surviving barrel vaults sits over the first floor level, and a series of mural staircases connect the floors, and mural passages provide access to the cathedral. Remains of a traceried window can be seen at second floor level, and old drawings show others that are now missing. Much of the south side of the tower house collapsed in a storm in 1848, and some the stone later found its way to St. Bernard’s Cathedral in Watertown, Wisconsin.

While tower houses were common in Ireland in the 15th and 16th century this is an unusual example in being attached to a Cathedral. The lack of garderobes suggest this was not intended to be a dwelling place, but its exact purpose remains elusive.

Difficulty – Access to the tower house is prohibited, but can be easily viewed from the outside. 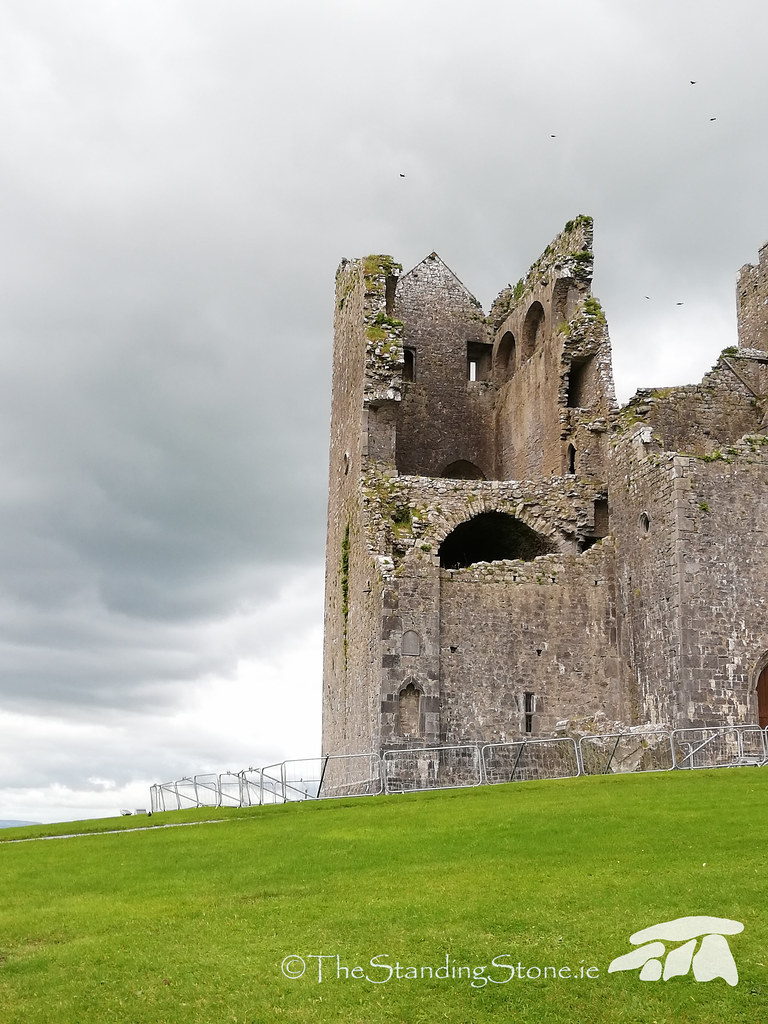 As seen from the south. 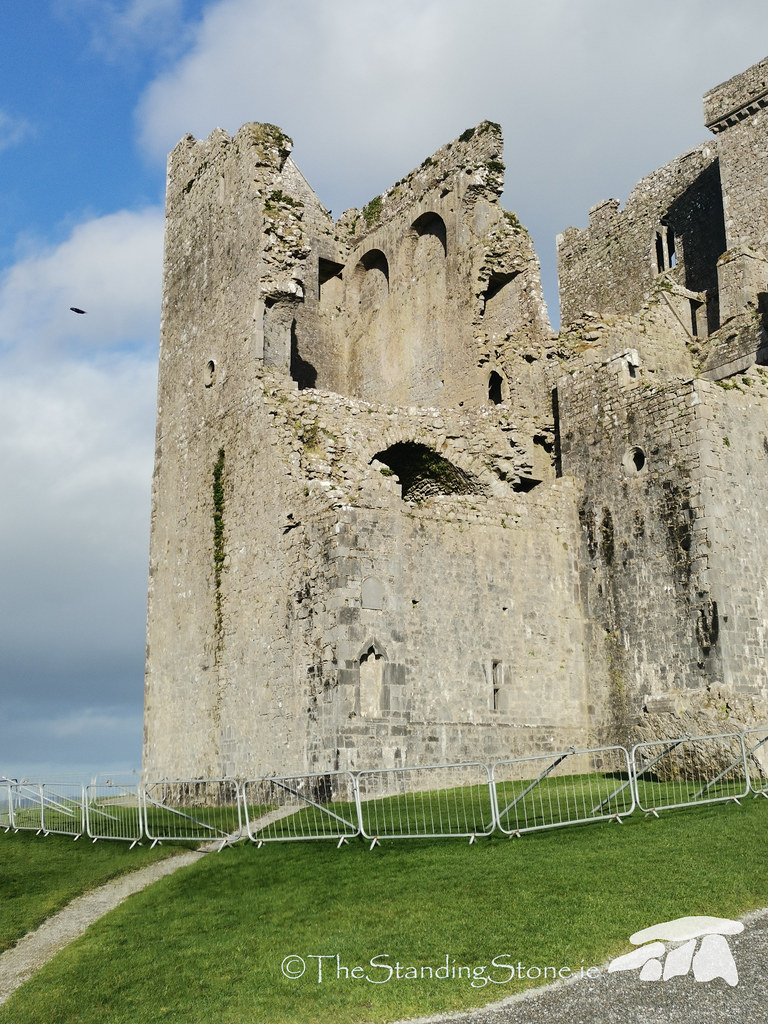 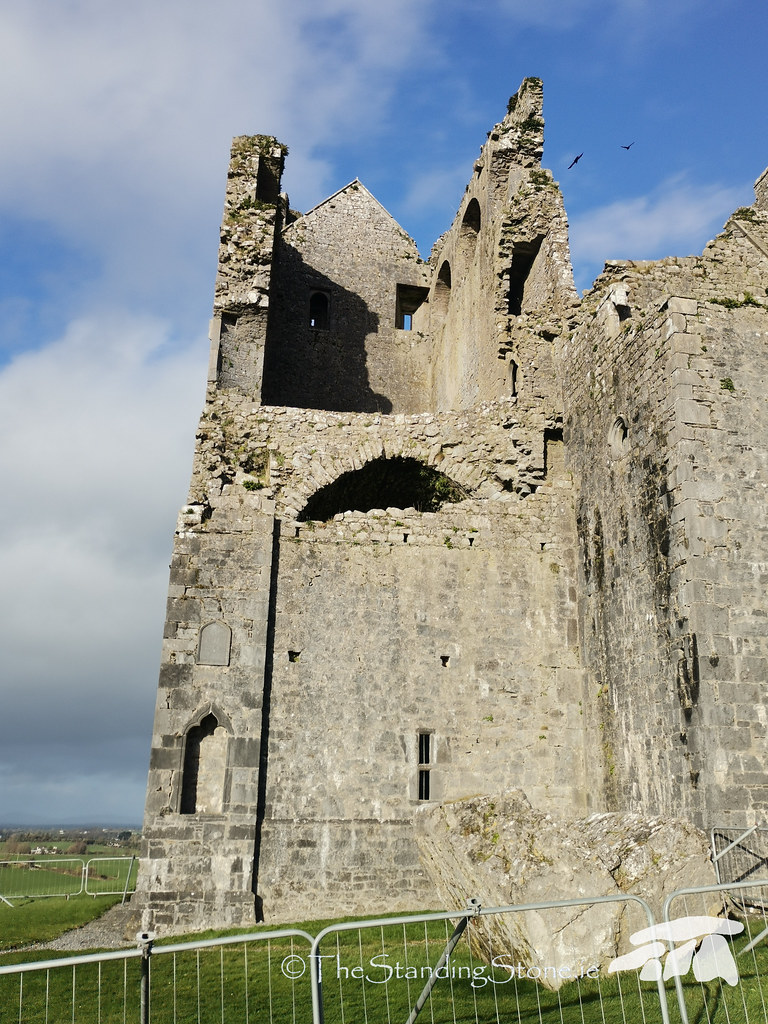 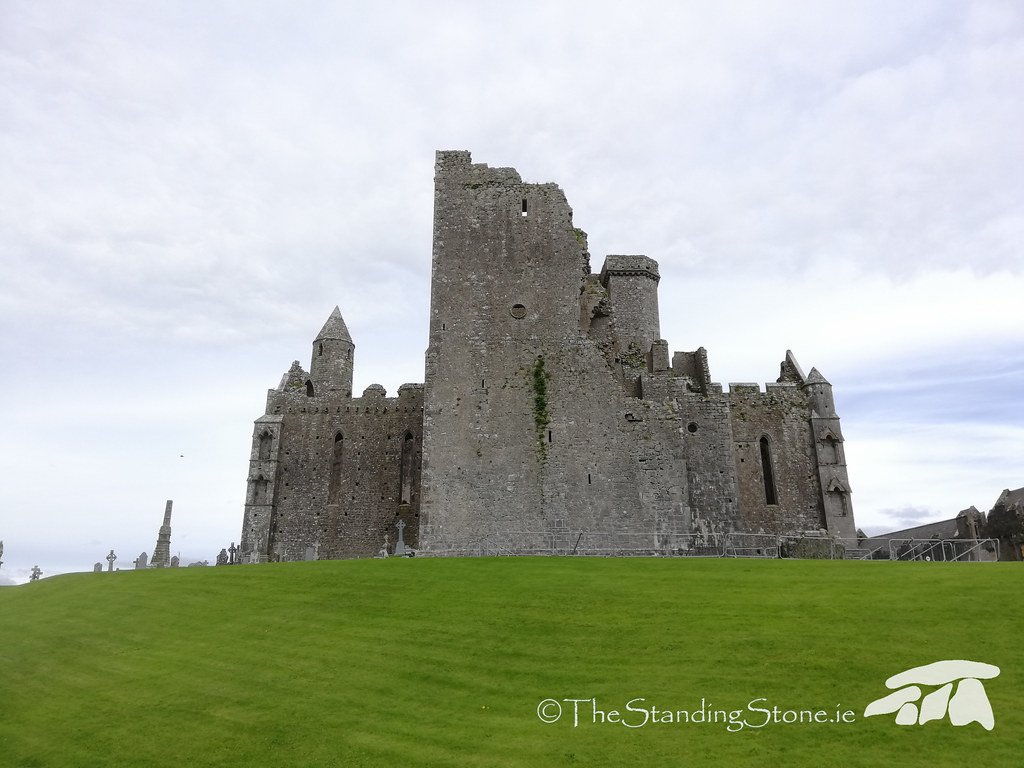 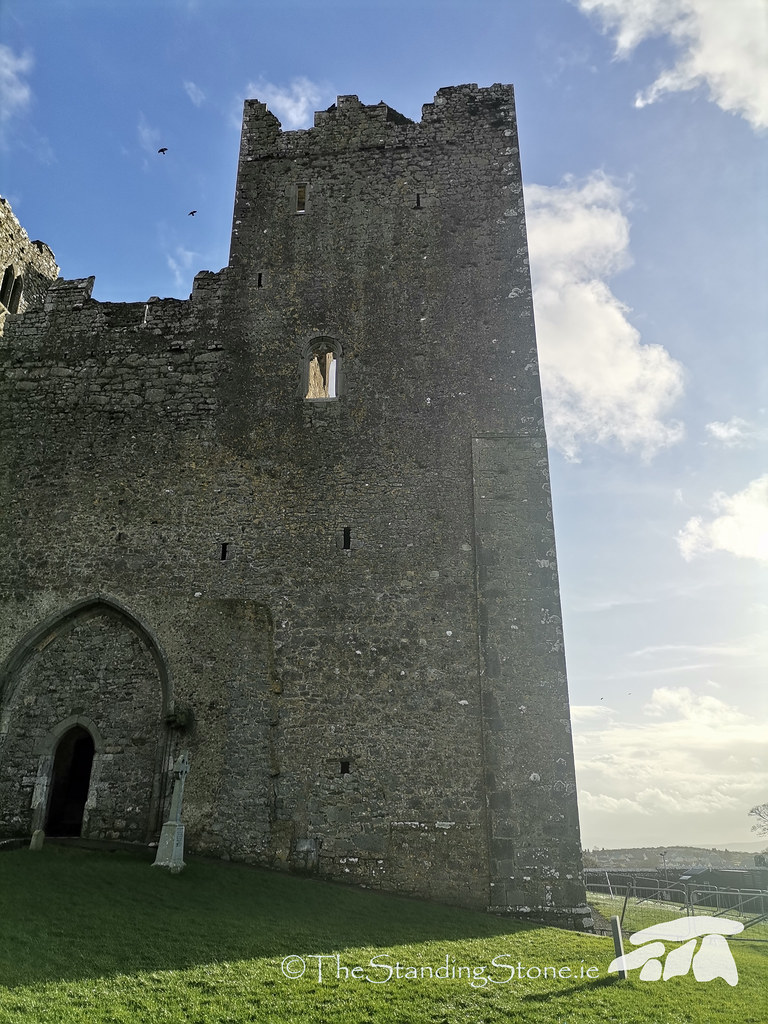 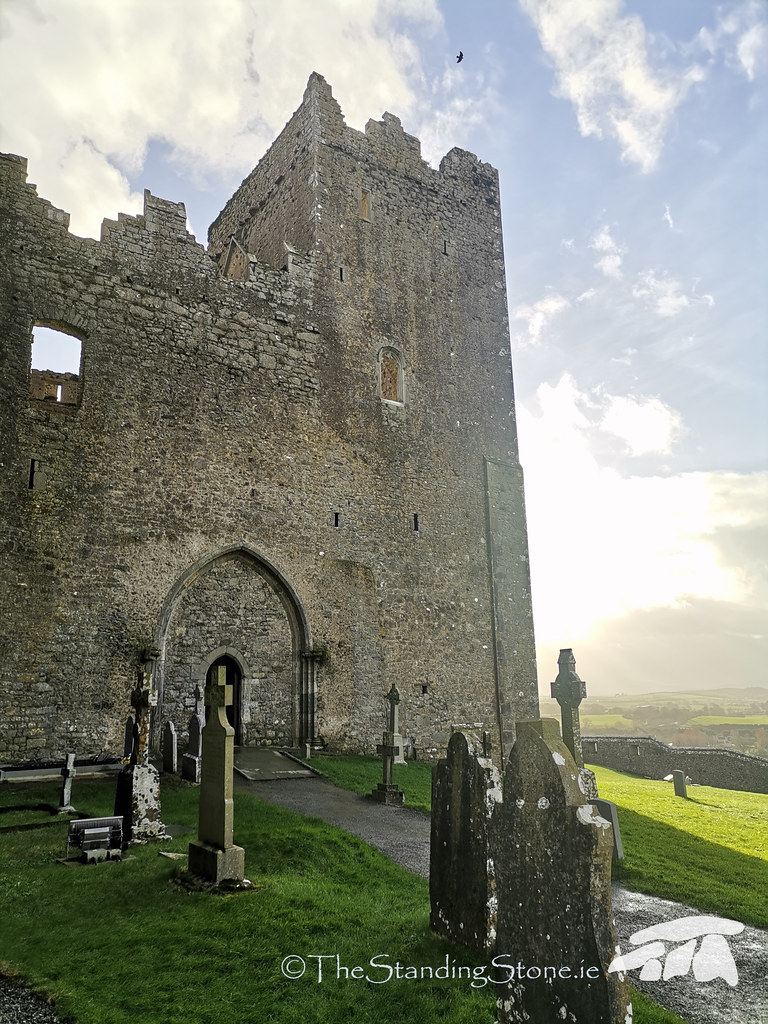 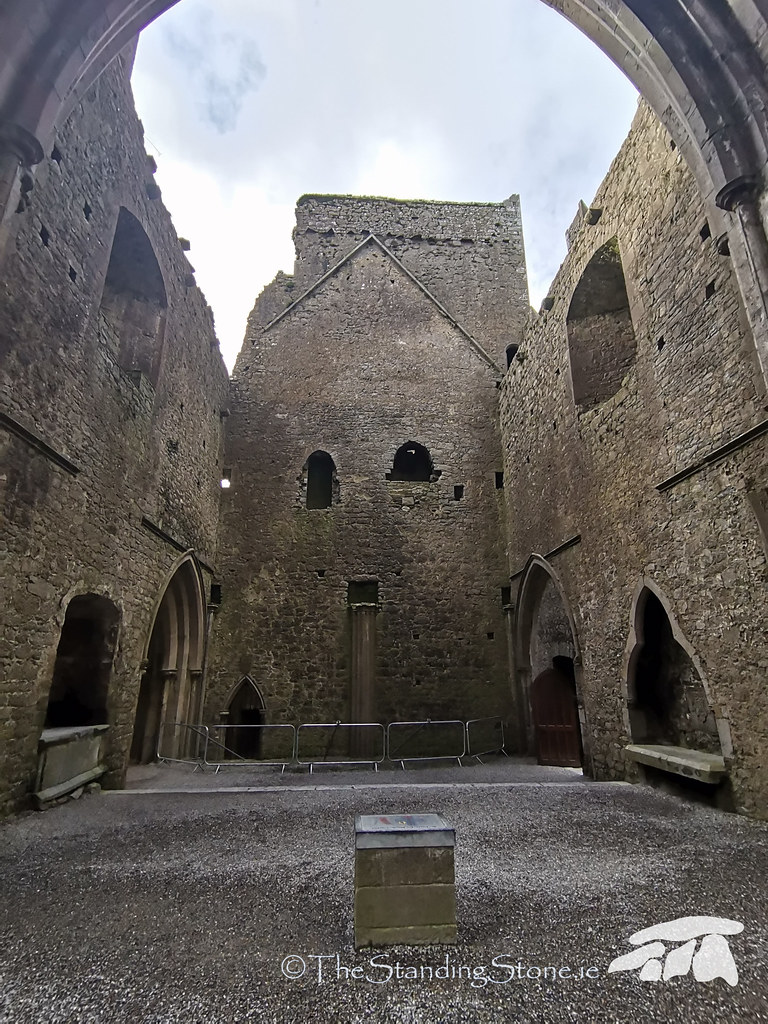 The east wall of the tower house as viewed from inside St. Patrick's Cathedral. 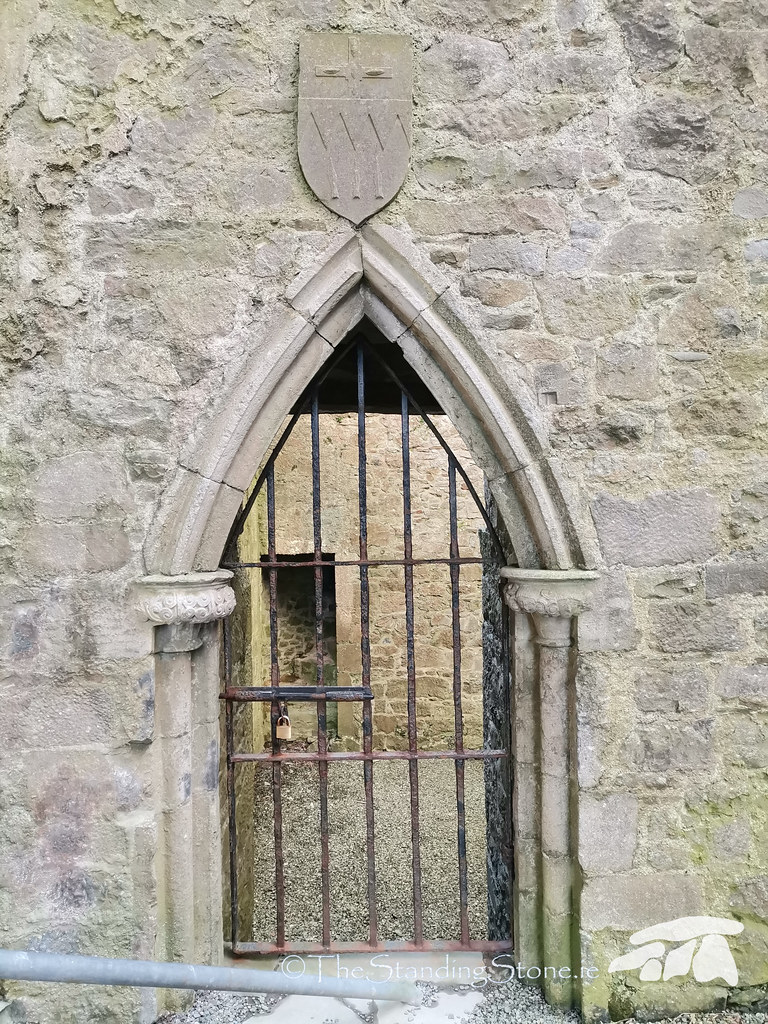 The entrance into the tower house from St. Patrick's Cathedral. 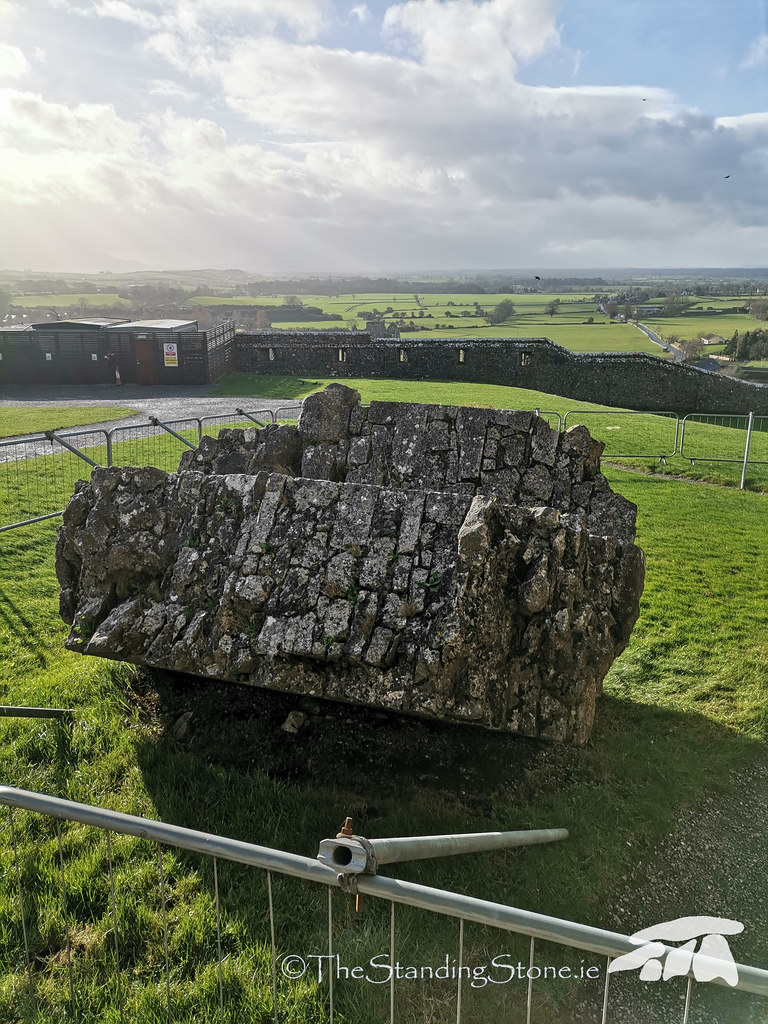 Fallen masonry from the 1848 storm.