The Hall of the Vicar’s Choral, Rock of Cashel, Co. Tipperary.

Location – This building is now home to the main reception, and is the first building that people will encounter when visiting the site.

Description and History – The Hall of the Vicar’s Choral is contemporary with the tower house and can also be attributed to the Archbishop Richard O’Hedian in the early 15th century. It was constructed as a residence for the eight members of the Vicar’s Choral who would sing the mass in St. Patrick’s Cathedral. The eight members would be made up of lay men and clerics. The building is long and the bedrock protrudes through parts of the floor in places. It may have been constructed in two phases with the upper west portion preceding the lower east portion by a few years. The east section was a two storey dormitory. The upper level is now used as an audio-visual theatre, but eight niches and eight ogee headed windows can be seen, presumably showing the sleeping arrangements. In the west section, now a reception area and museum, there is a vaulted undercroft, presumably used for storage, while the large reception space was possible some form of domestic area, maybe a kitchen. Two rooms upstairs have been restored. The larger of the two rooms was possibly some form of chamber for the Vicar’s Choral, although it is now decorated more as a castle’s hall than the chambers of a choir. A large fireplace sits on the south wall with the original Latin inscription still in situ. It reads ‘E.S. ET E.H. ME FIERI FE[CERUNT]’ which translates as ‘E.S. and E.H. had me made’. The E.S. and the E.H. may refer to members of the Sall and Hackett families, who were prominent in Cashel at this time. The whole building had fallen into a ruined state, and a modern caretakers house had been built within the walls, but this was demolished the building restored in the late 1970s and finishing in 1982.

Interestingly, a Sheela-na-Gig is located on the E gable. It is high up and hard to spot, and was one of at least three located in Cashel.

Difficulty – Easy as it’s the first building people encounter at the Rock of Cashel. 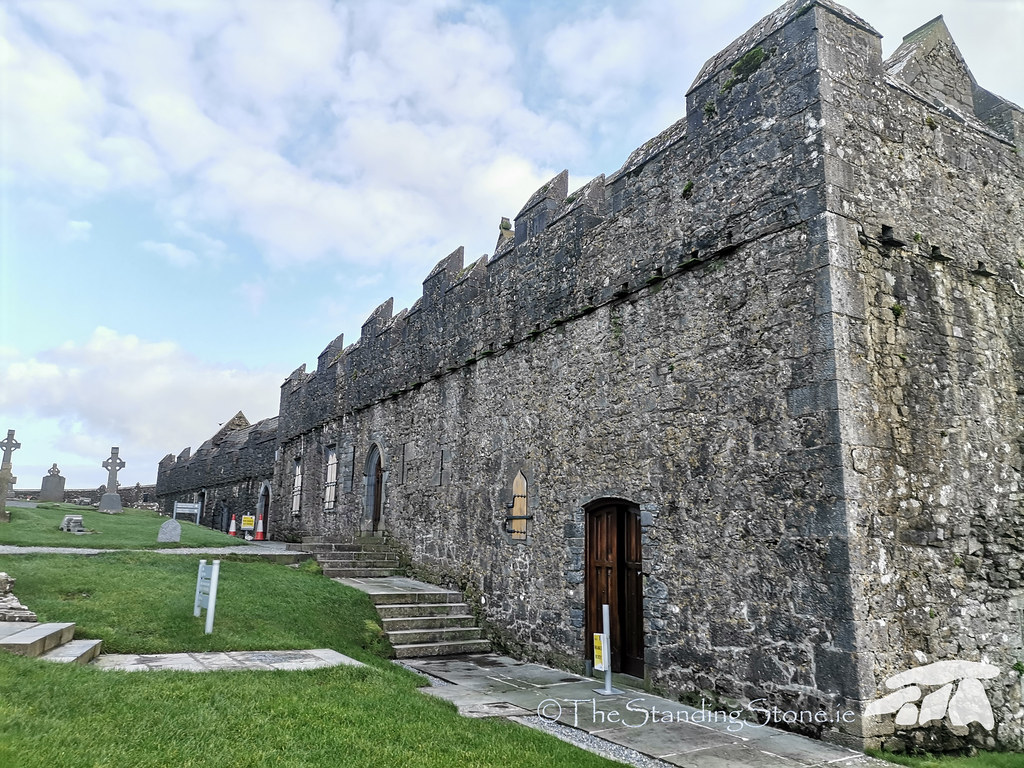 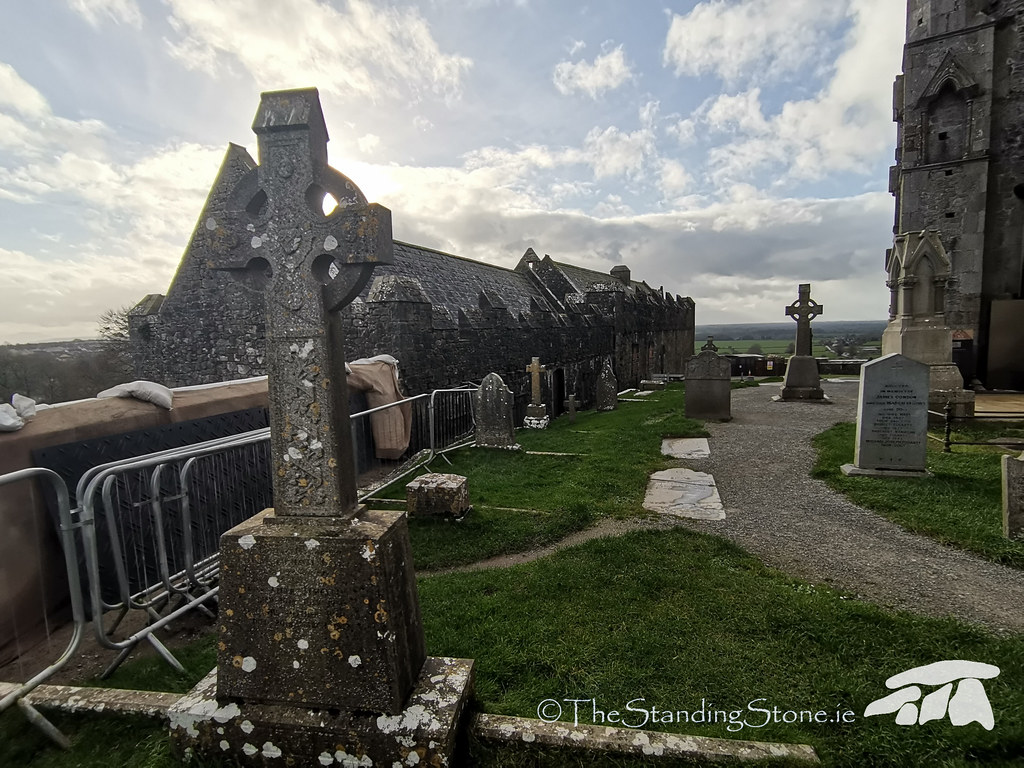 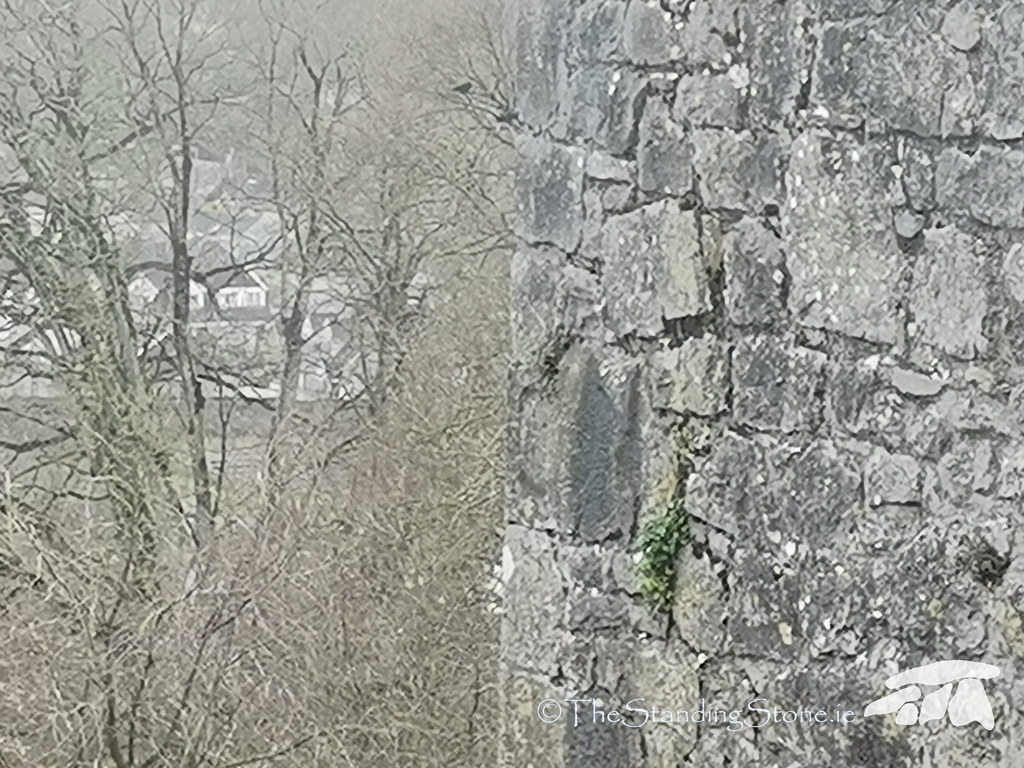 Spot the Sheela-na-Gig. Hard to see, but it is on its side in the centre of the photo. 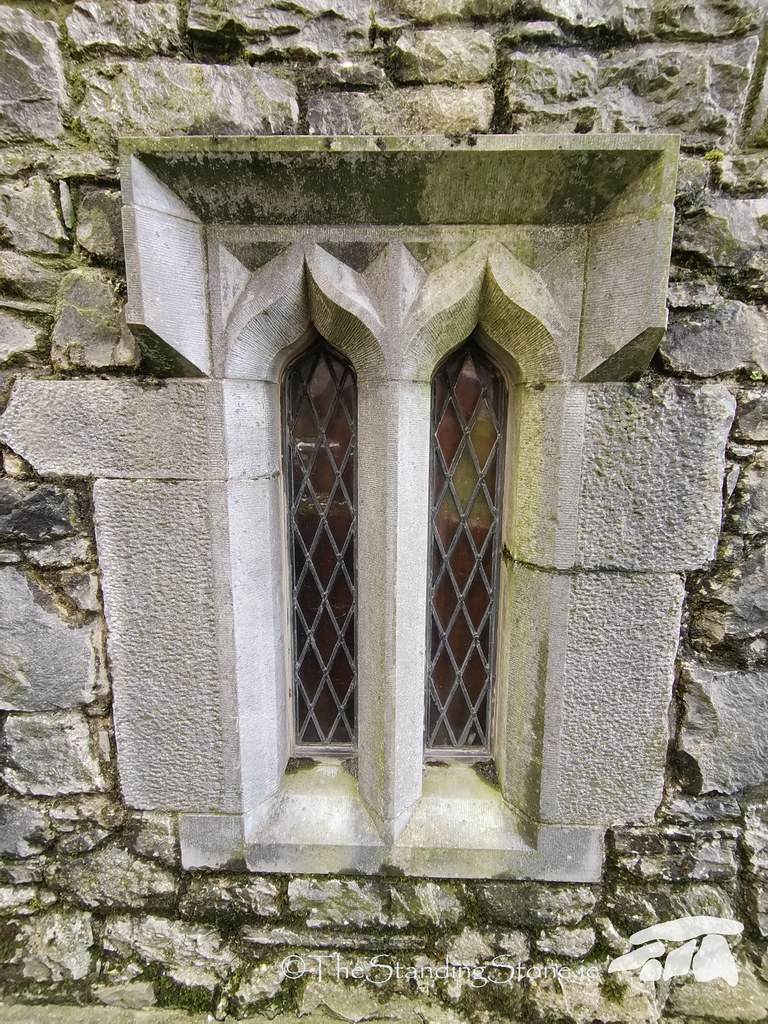 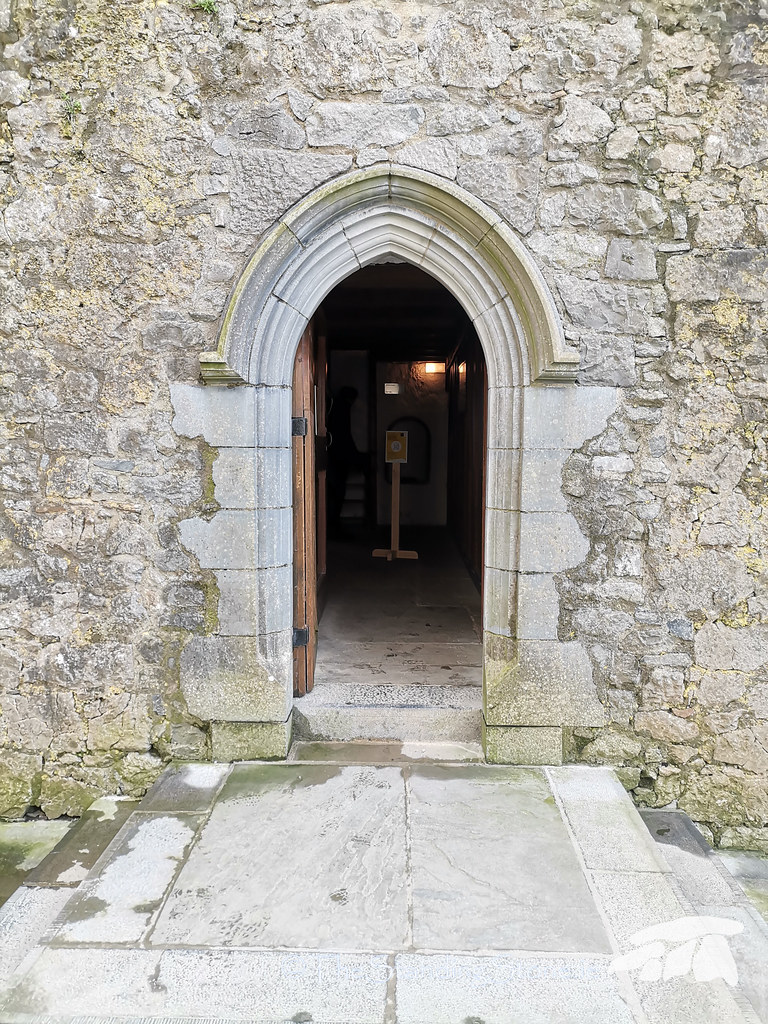 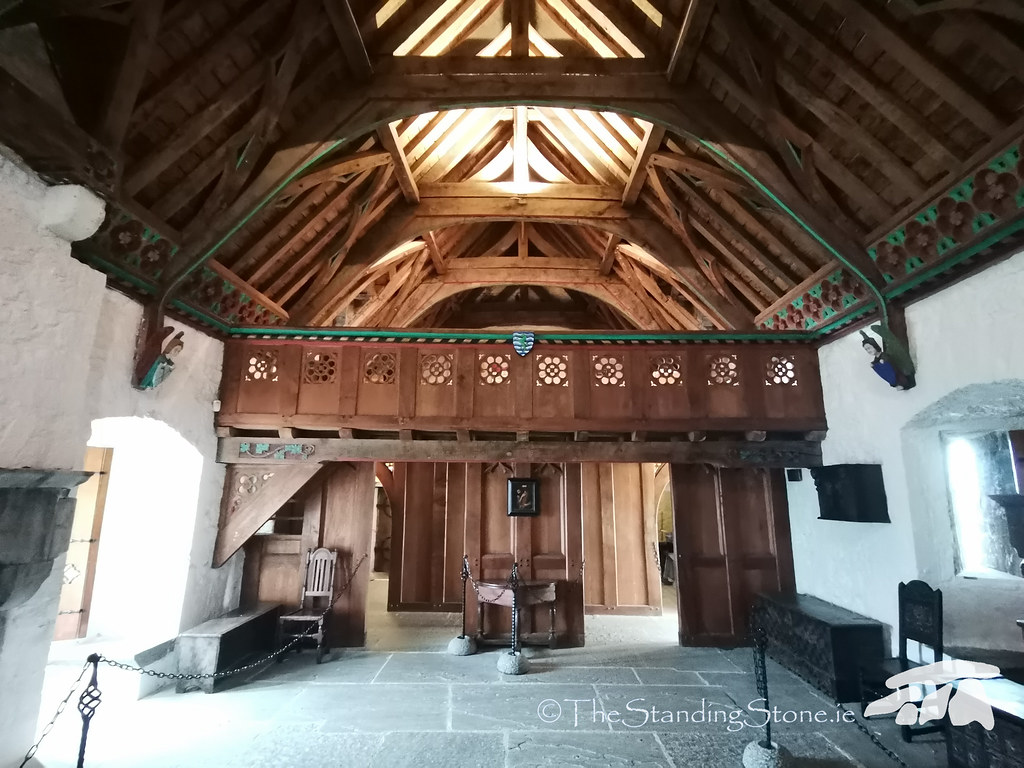 Inside the restored area. 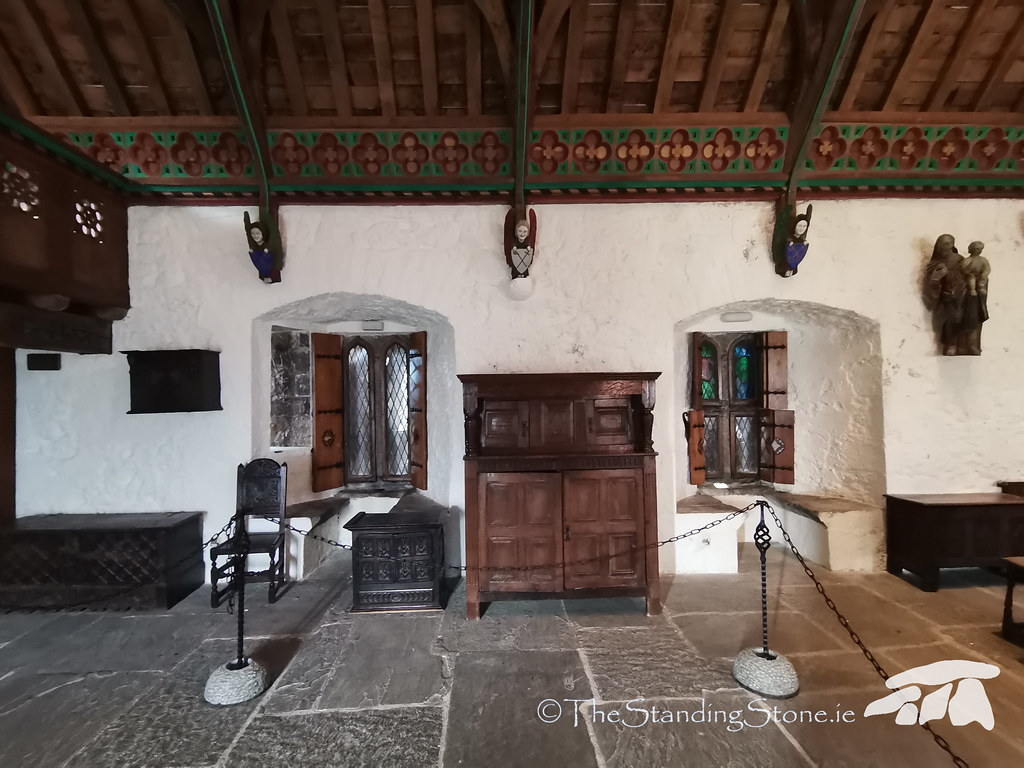 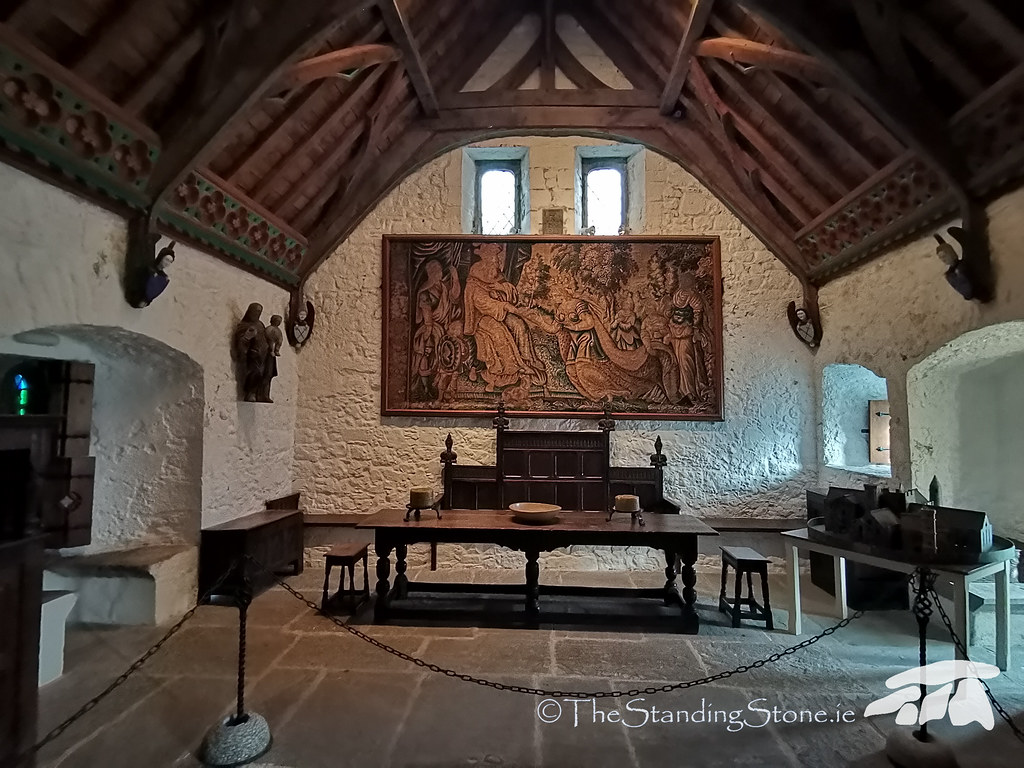 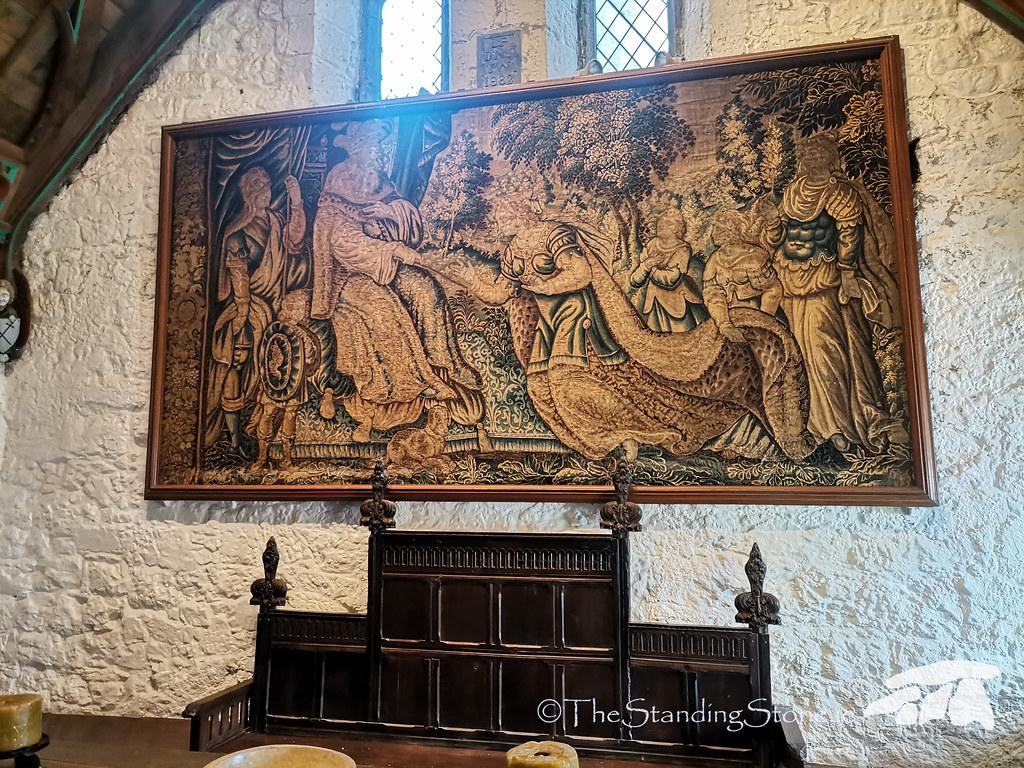 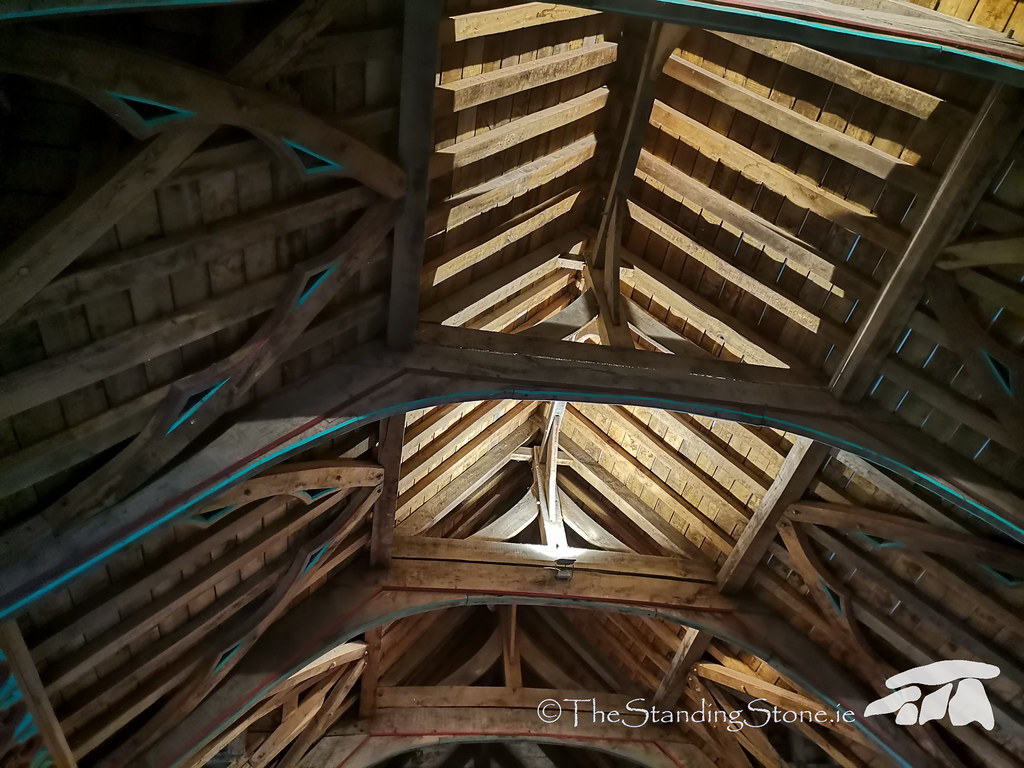 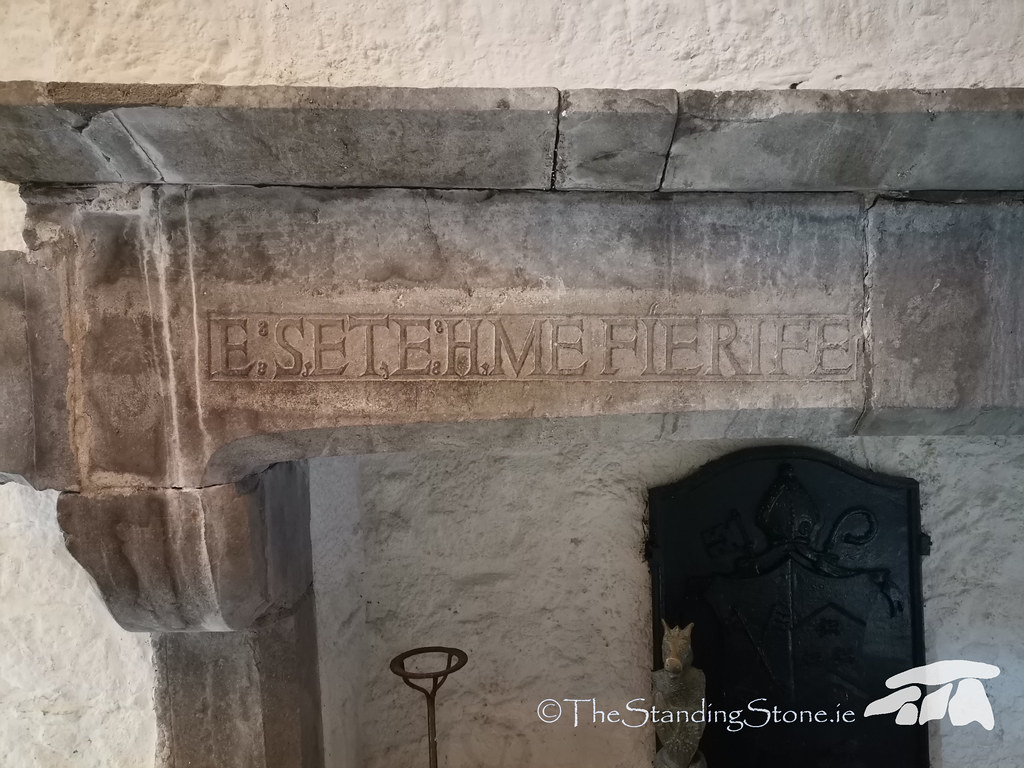 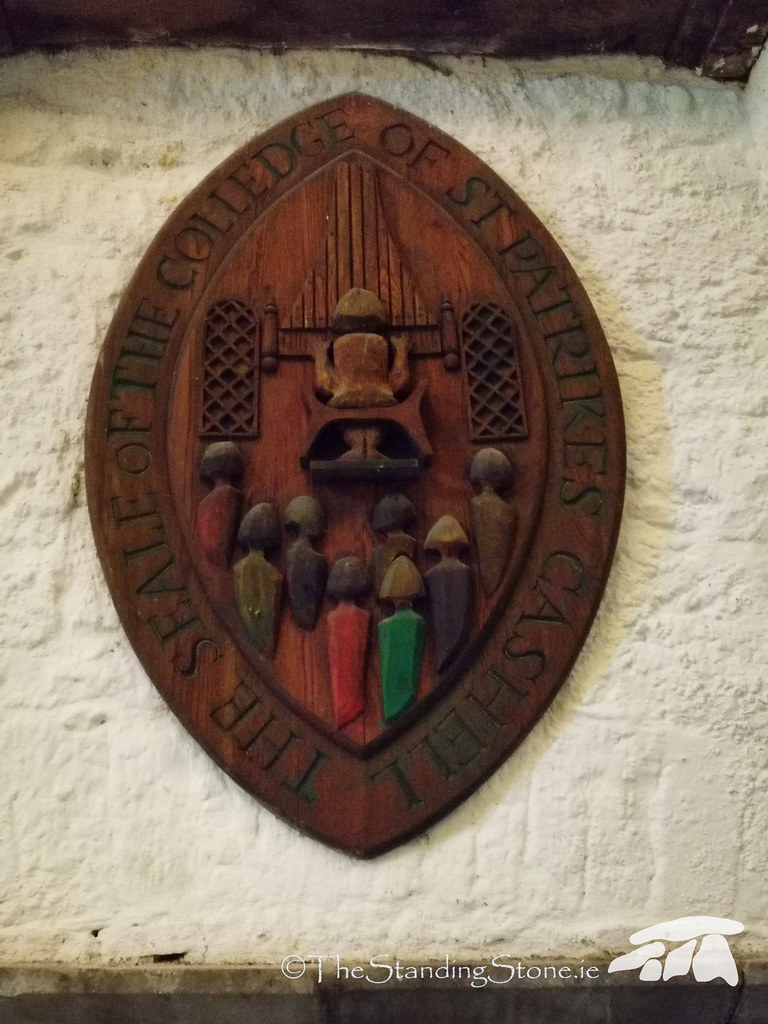 Large recreation of the seal of the Vicar's Choral. Small metal versions of this would be used to buy items in the town, before fraud due to copies saw the Vicar's being paid a salary instead. 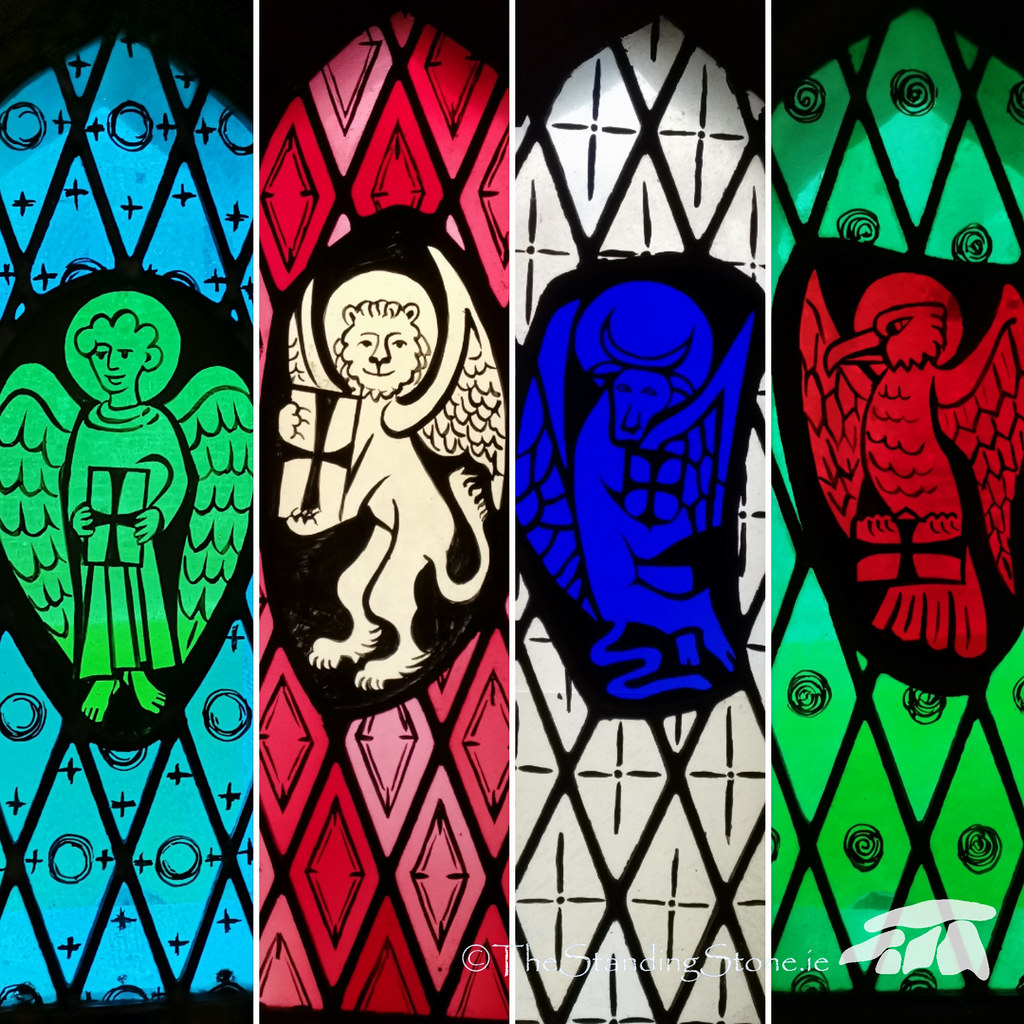 As part of the restoration new stained glass windows were put in. Four of the windows depict the evangelists and their symbols. 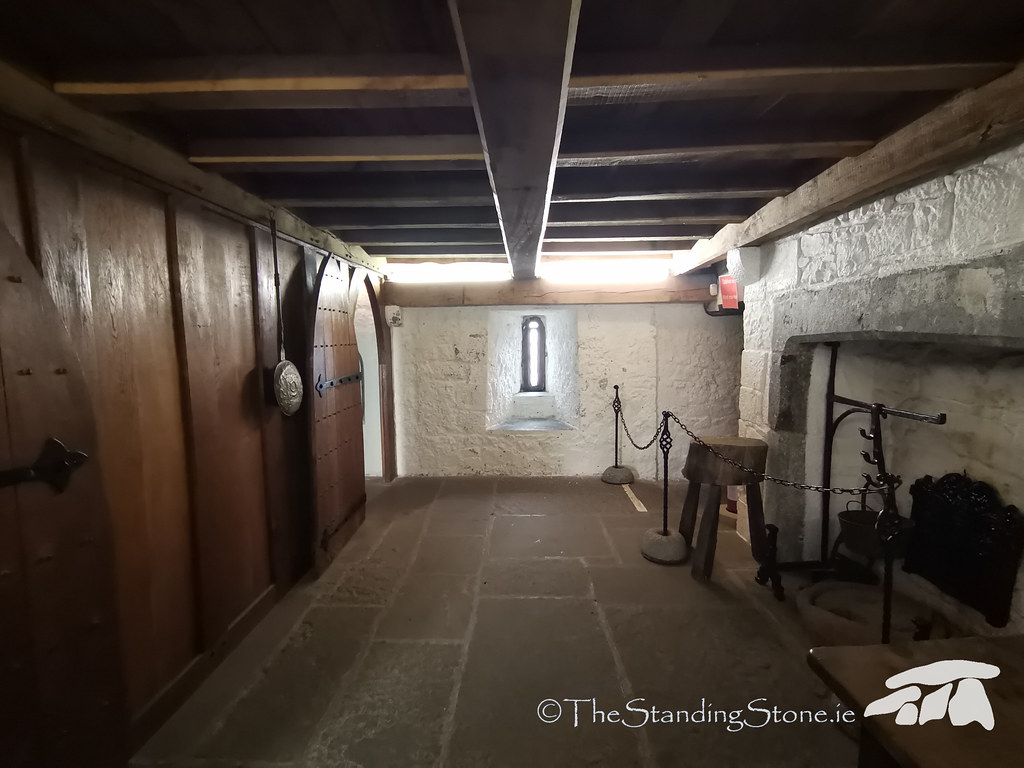 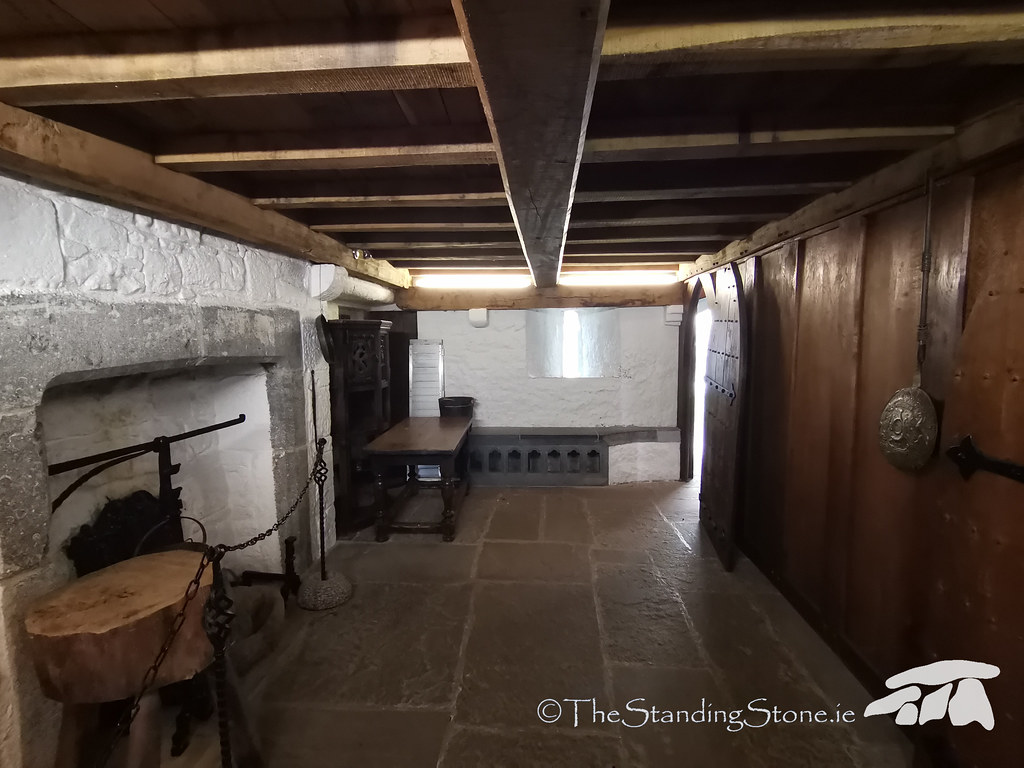 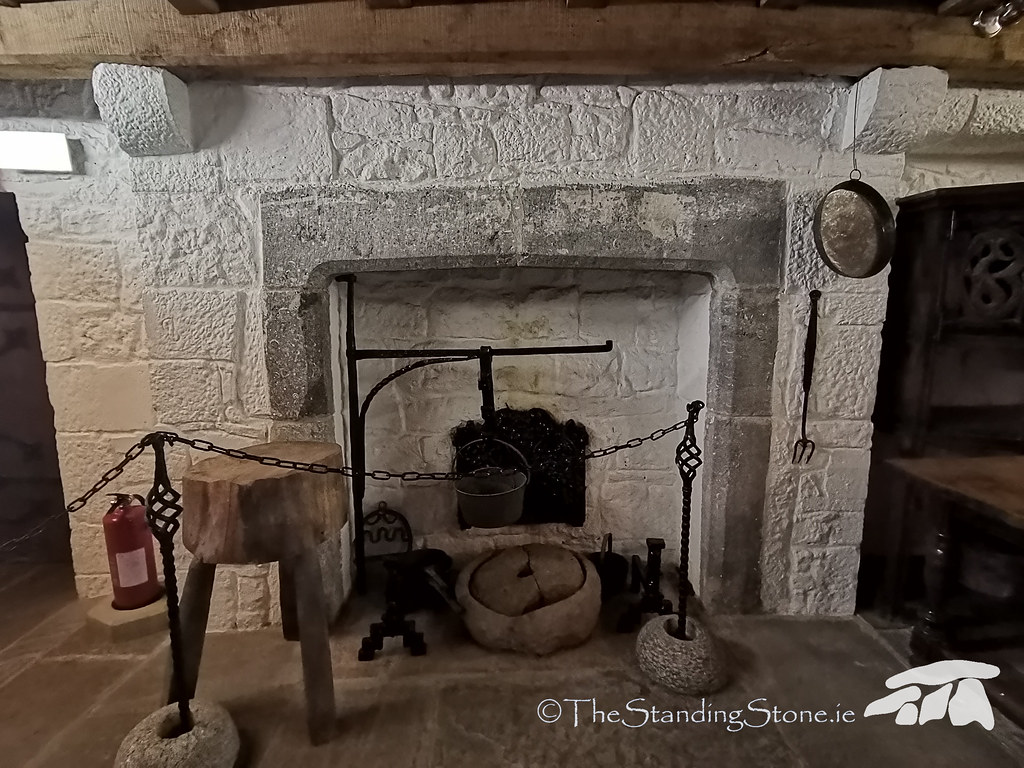 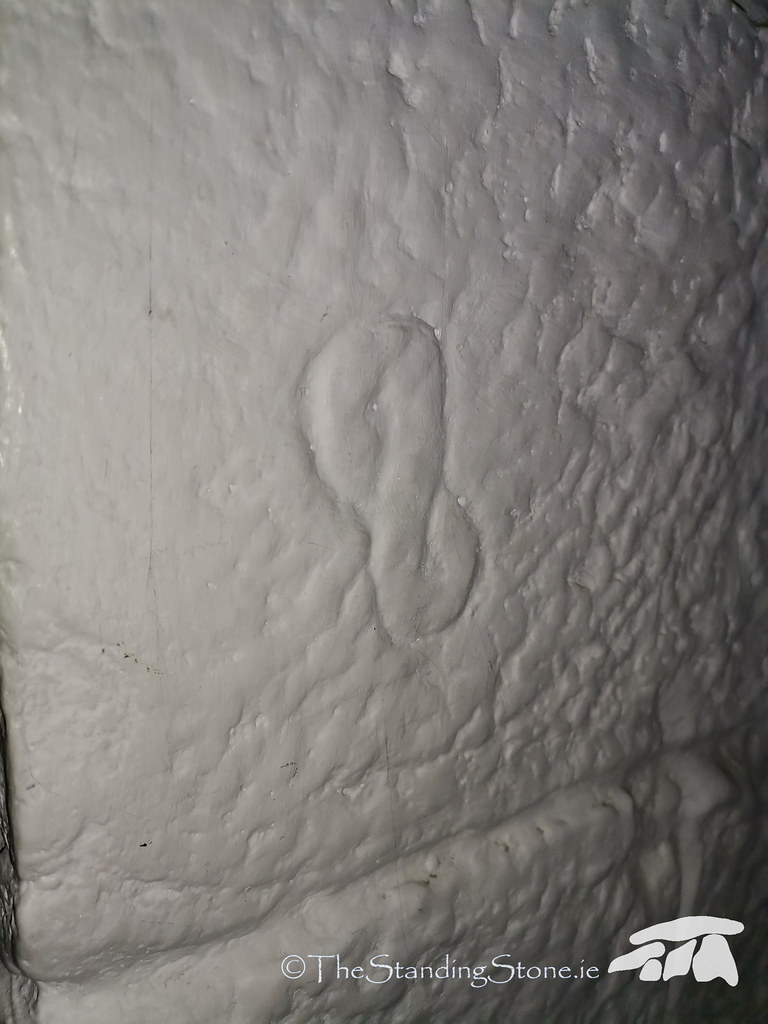 A mason's mark beside the fireplace. 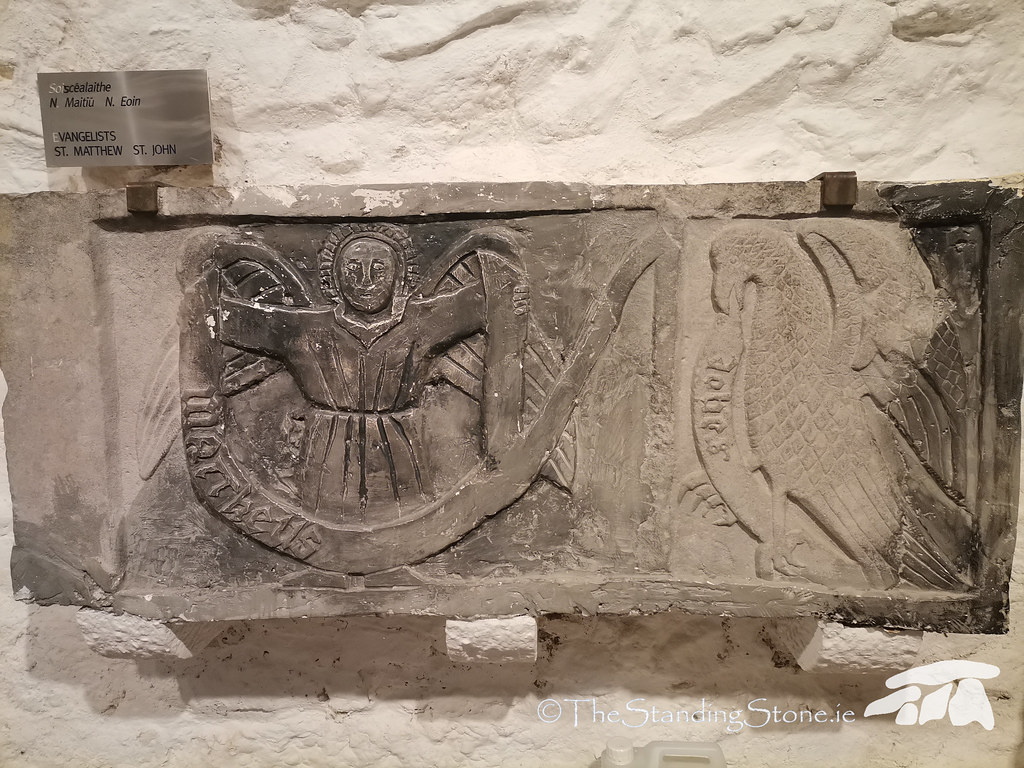 Depictions of St. Matthew and St. John in their symbolic form, housed in the undercroft. 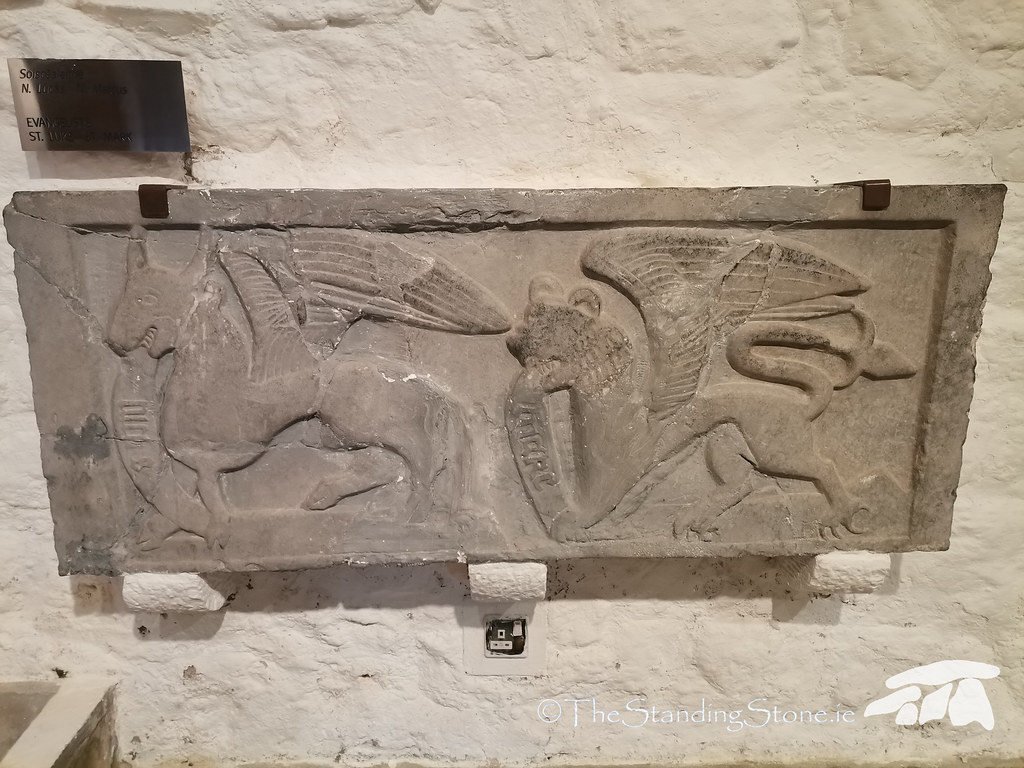 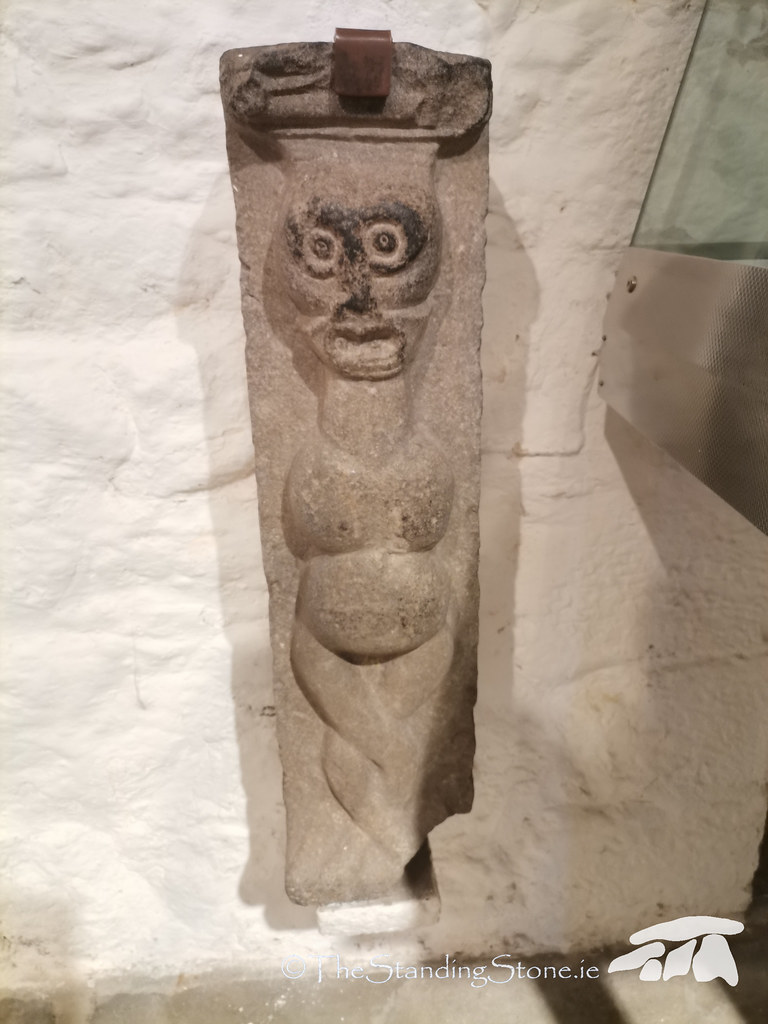 There are several other pieces of interesting stonework in the museum. 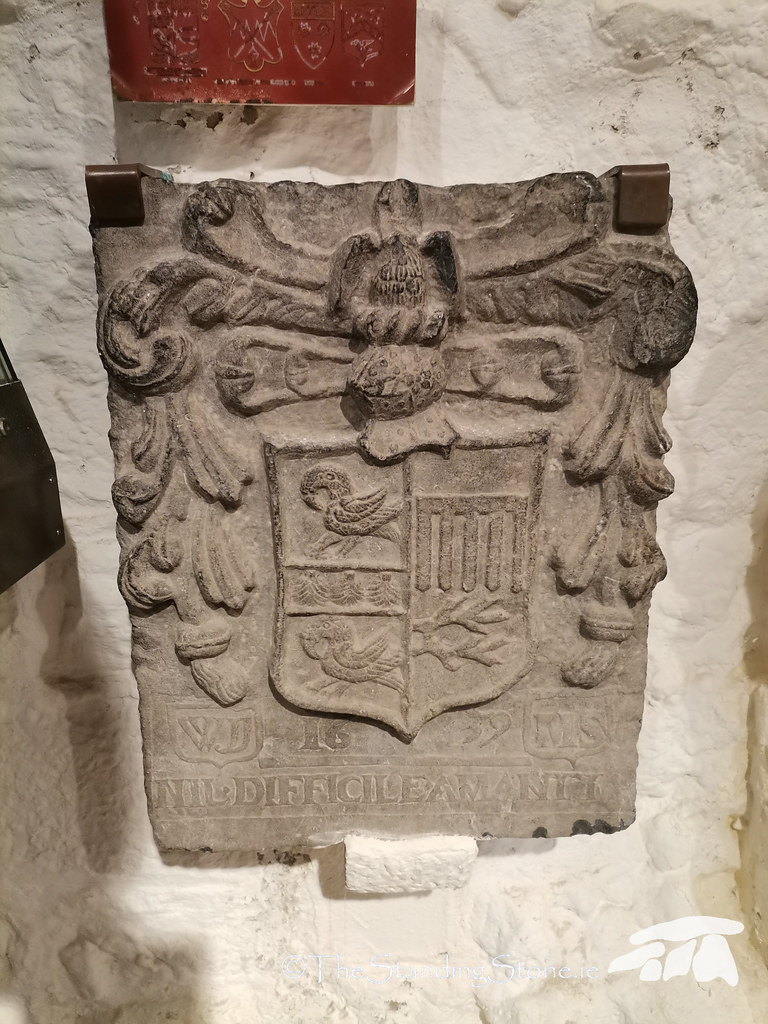 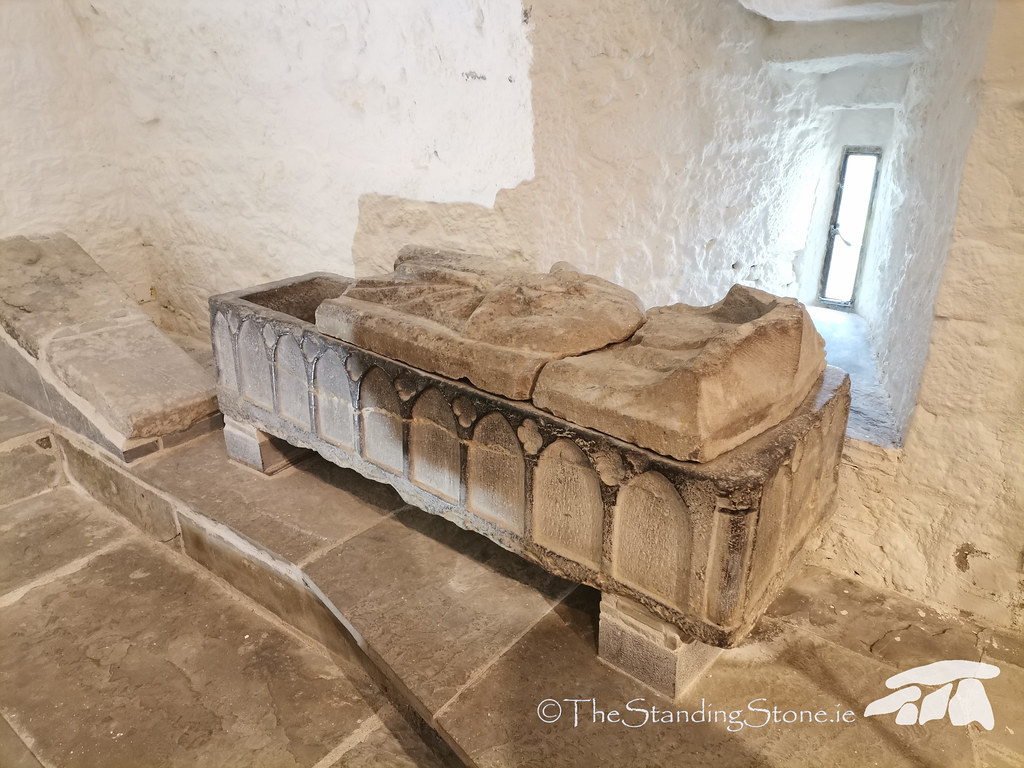 Late 13th or early 14th century sarcophagus with partial effigy on top. This was originally located in the the vaults underneath the now demolished Franciscan Friary and probably belonged to the Hackett Family. Several other effigies belonging to the Hackett family are located in Cashel. 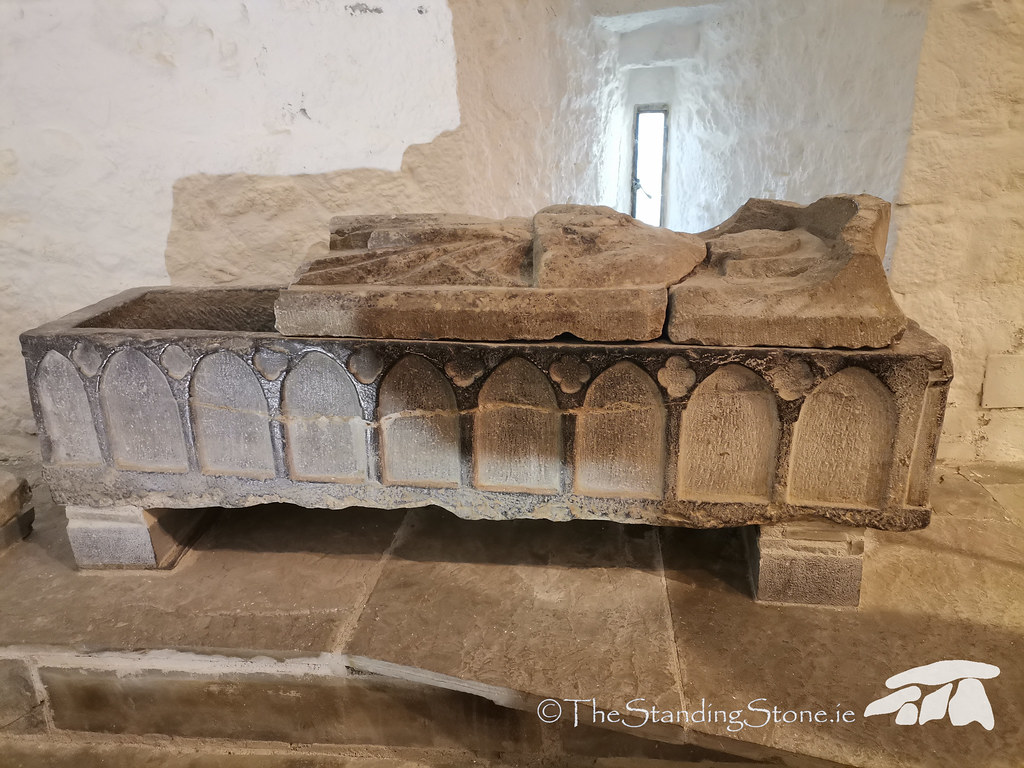 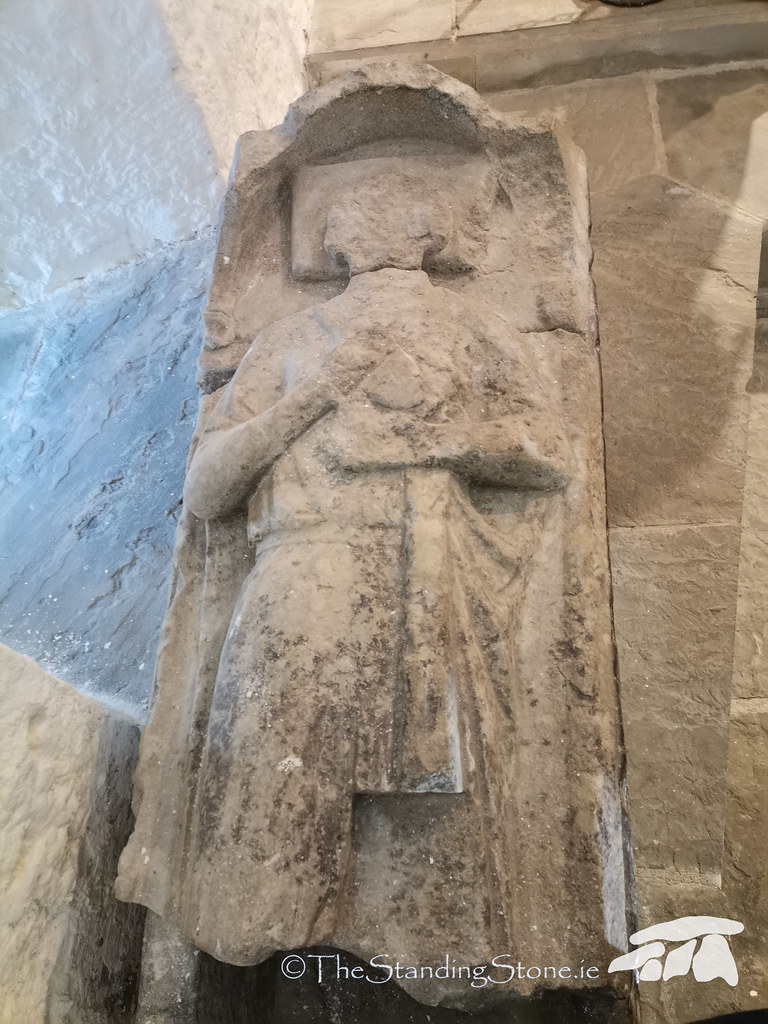 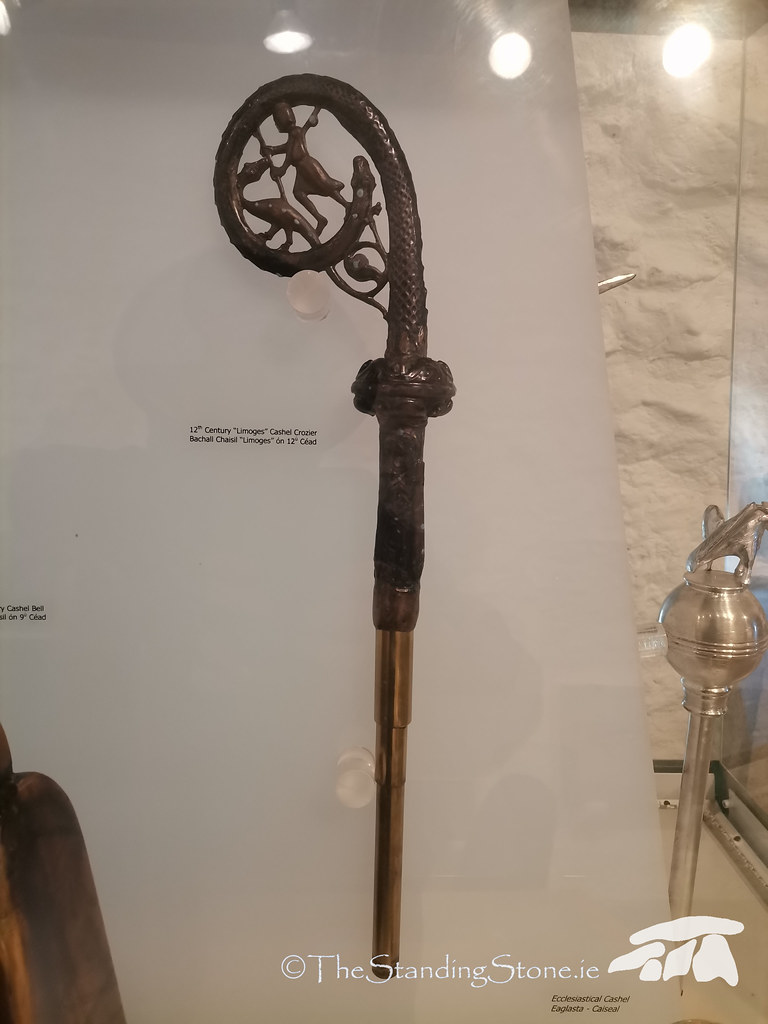 Recreation of the Cashel Crozier which was produced in Limogues, France, in the 13th century. The original is on display in the National Museum. 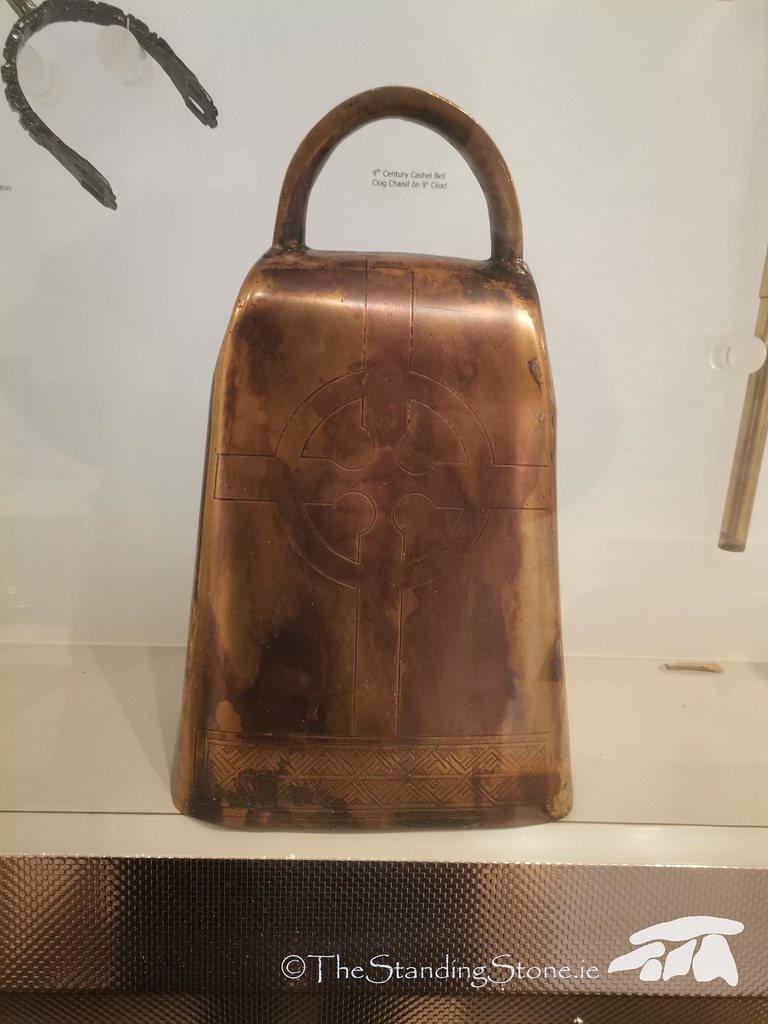 Recreation of the Cashel Bell.