Location – A few kilometres North of Nenagh, just off the N52, in Lough Ourna, in the grounds of Ashleypark House.

Description and History – This is both a lovely place, and a sad place as it doesn’t look like it will survive much longer. A much-ruined tower house now sits on a potentially former crannog in Lough Ourna which is now in the grounds of Ashleypark House. My pictures don’t do it justice as I reached here at the end of a very long day exploring this area and the sun was low in the sky, making pictures difficult. Also as the tower house is some distance from the shore of the lake it is hard to zoom in a get a good shot.

Little is known about the history of this site, but it was in ruins by the mid-17th century when ‘Irish Papist’ John Grace of Ballyensy Esqr. is listed as proprietor.

The crannog upon which the castle sits is slightly oval in shape and measures 20.2m north to south, and 17.76cm from east to west. A low stone wall, probably contemporary with the tower house, runs around the outside. As for the tower house itself, two sections of wall remain, with one reaching 4m in height. Evidence for a north facing doorway, straight stair, and garderobe shoot also survive. Surviving springers, not visible from the shore and which I didn’t observe, indicate the former presence of a barrel vault internally.

Although little remains, I would recommend visiting this site, as it nice to see the remains on the little crannog. Also, as you can see from the photos below the site is rather picturesque.

Difficulty – Ashleypark house is easy enough to find as it is signposted off the N52, however, unless you have boat, and permission, you’ll have to make do with seeing this from the shore. I am not sure a visit to the island would be particularly safe. 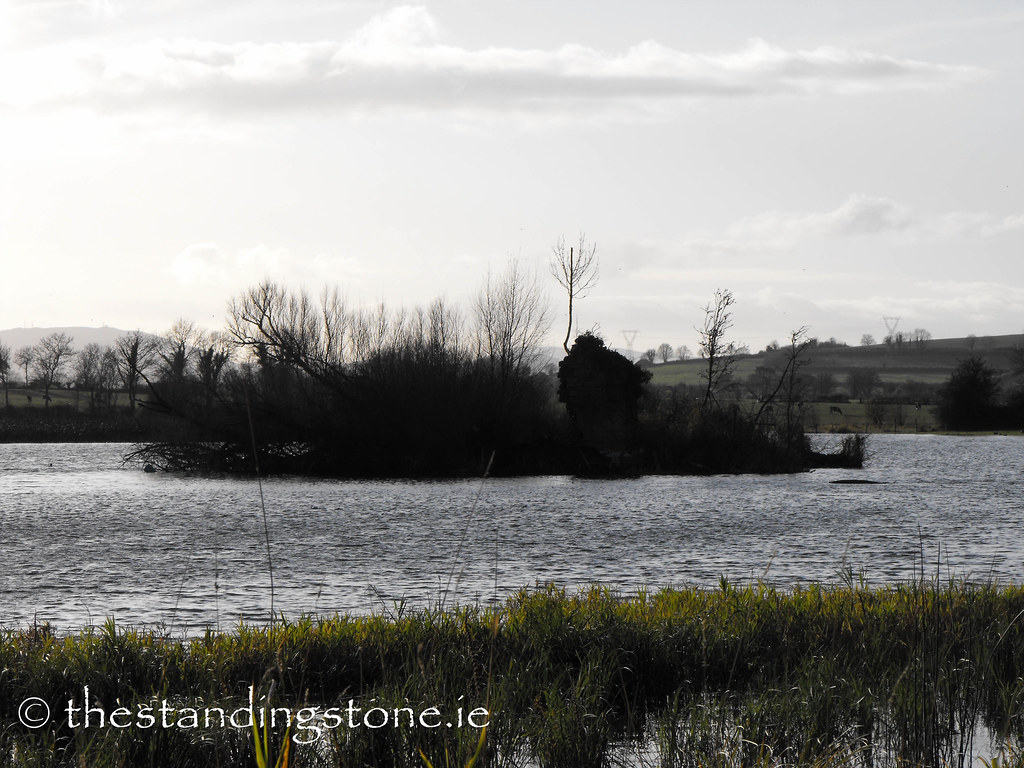 Looking from the shore of the lake. 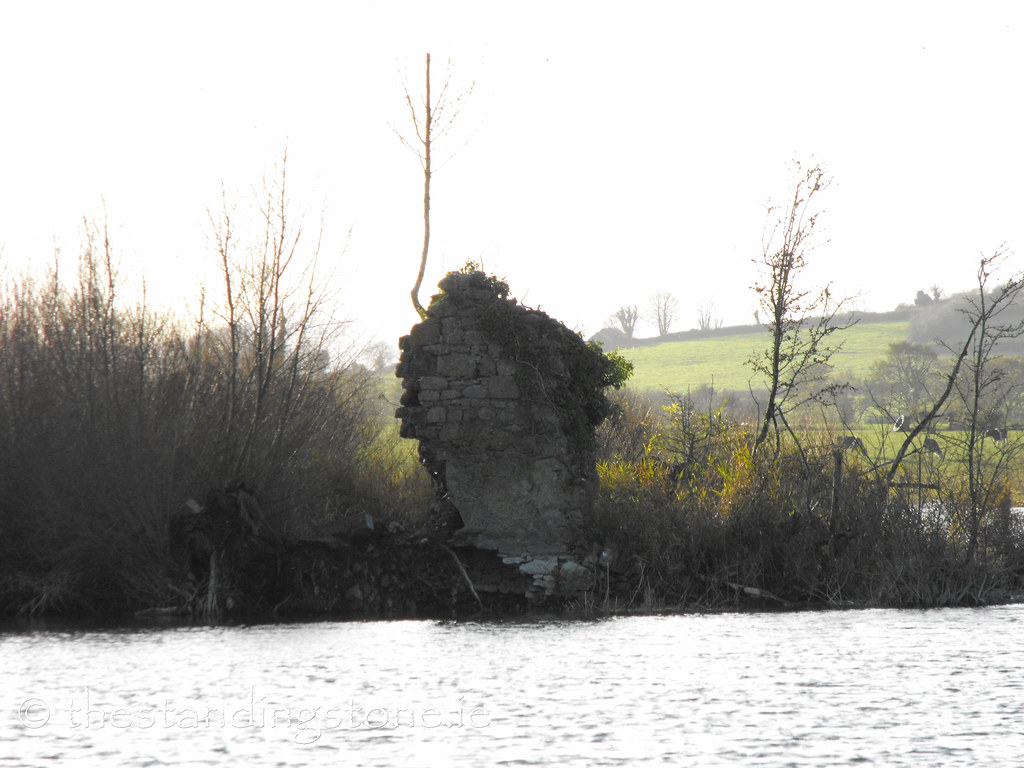 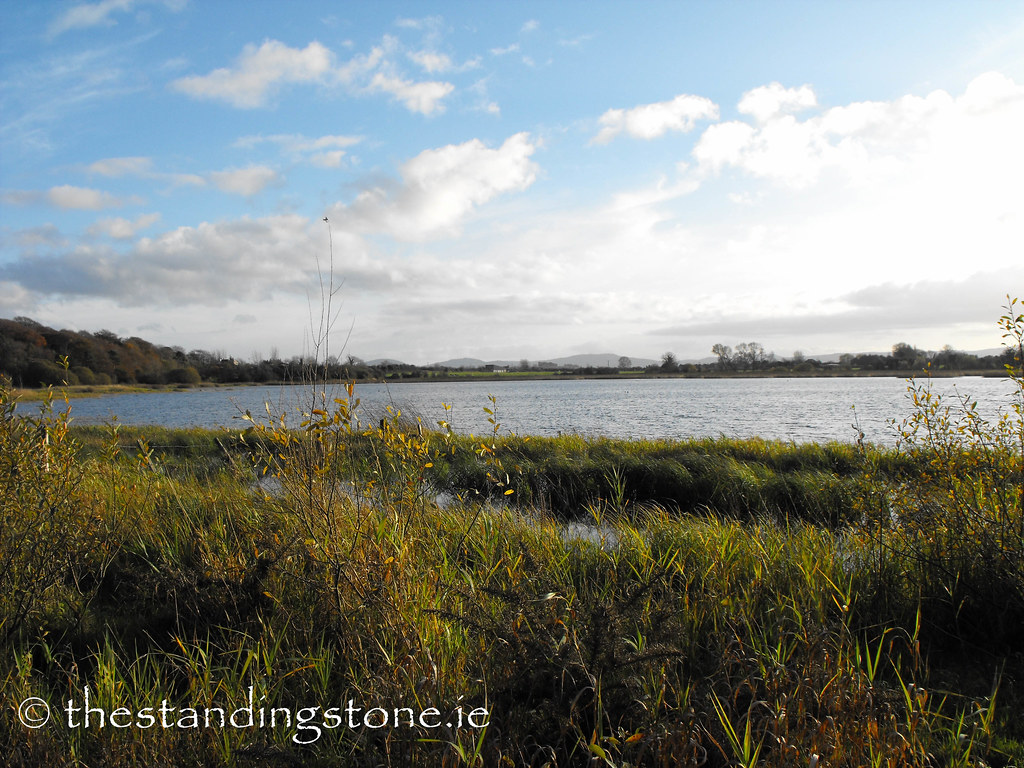 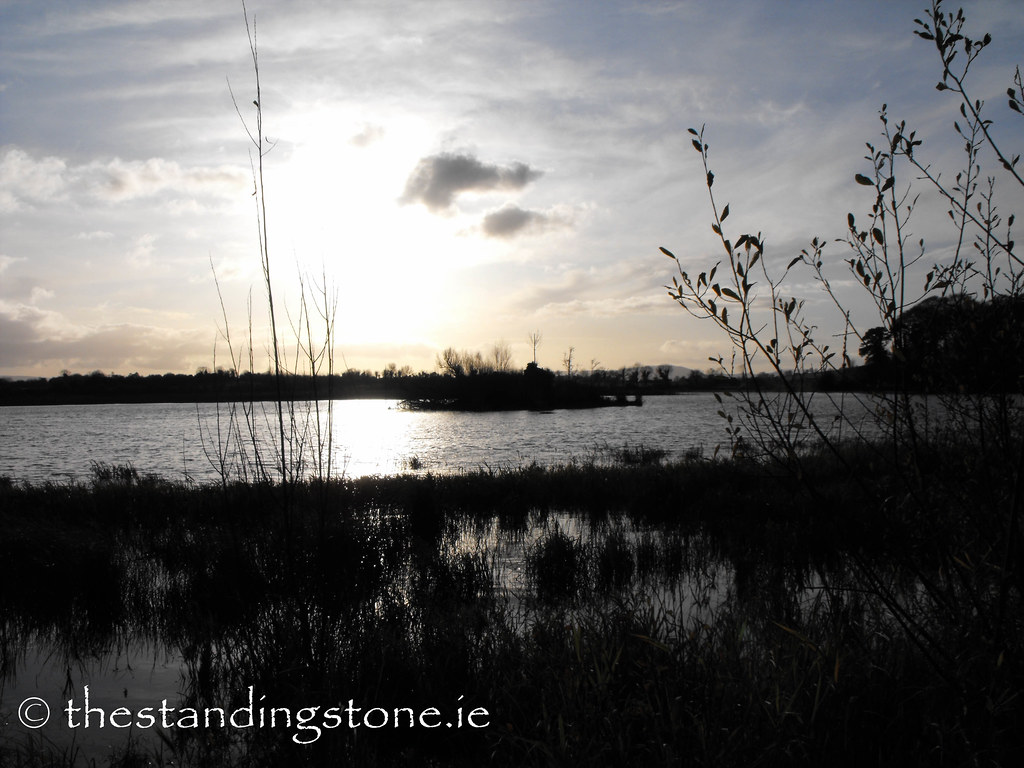