Sacristy – The Sacristy is the room of a church where the sacred objects and vestments were stored.

Septal slab – A dividing stone in the gallery of a wedge tomb.  Unlike sill stones and jambs septal stones completely divide the chamber and are chosen because they fill the size of the gallery.

Sheela-na-gig – Medieval exhibitionist figure that is generally female.  The figure is usually depicted holding open the vagina and are generally found at church sites but others have been found at castles.  Their meaning is debated but may be a warning of sin to people or some form of fertility charm.

Sill stone – A dividing stone in a tomb that does not reach the roof of the chamber but is the same width.

Slop stone - A channel through the thickness of a wall for the disposal of waste water.

Souterrain - Underground passage way often associated with ringforts.  They were used as escape routes and as places for storage.  Due to their underground nature there are very few known and likely to be many more yet to be discovered.

Spandrel – A spandrel is the triangular space between and arch and a containing rectangular.

Springing – The starting point of an arch or barrel vaulted roof. 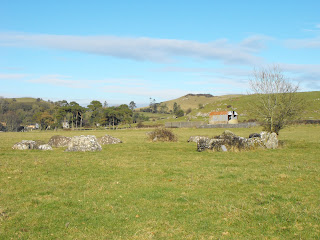 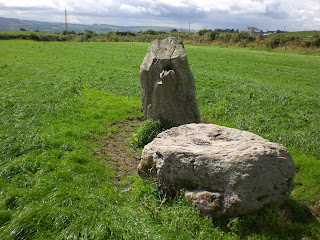 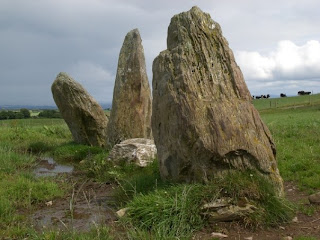 
Standing Stone -  Standing stones, as well as circles, rows and pairs date to the early bronze age (c2200 – 1650BC), although dating of these stones is not reliable and they may be older or later. However, bronze age dates are consistent with the dating of stones in Britain. Some may have an Iron Age date while some appear to be early Christian. However, some may be modern and may have been erected as cattle scratching posts. Usually the presence of another site such as a barrow may indicate its date. At some circles beaker ware has been found which is strong evidence for the presence of beaker people in Ireland, although their population is thought to be small and their presence peaceful. The function of a monolith (single standing stone) is thought to vary. They may be burial sites as the presence of cist and urn burials indicates. They may also function as boundary markers or as a commemoration. They may also be associated with ritual. 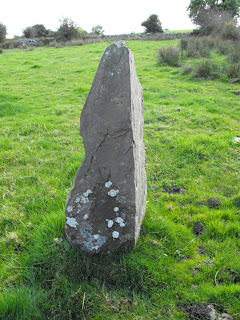 
Stone rows and stone pairs and similar monuments and are generally associated with stone circles and possibly had a ritualistic function as did stone circles. Circles may have also served a calendar function and are possibly the oldest standing stone structures in Ireland and may possibly be dated to the Neolithic period.