Location – A few kilometres East of Kilcommon in undulating countryside. It requires going through a private driveway to get to the access point, so make sure to ask permission.

Description and History – This wedge tomb forms part of a larger group of wedge tombs known as the Kilcommon group. Today 12 wedge tombs are located within an 8km radius of Kilcommon village, there was a 13th but this is now destroyed. There could have easily been many more tombs and monuments that have no survived and of which there is no record. This would seem to imply a large, well-organised Neolithic settlement in the vicinity. The location of such a settlement can only be speculated about.

Turning to the Knockcurraghbola Commons tomb, it is damaged, but enough remains to give a good idea of what it once was like. The present remains consist of a long, narrow and partly roofed gallery closed on its SW side by a septal stone. There is outer walling on both sides. It is 7m in length overall, with the main chamber being 5.3m long and 1.2m wide at the septal stone and narrowing towards the East. Part of a portico remains, and there is slight evidence for the covering cairn.
On its own this is an impressive wedge tomb. The fact that it is part of a group that consisted of at least 13 tombs, in part of what must have been an impressive Neolithic landscape, makes it something incredibly special. I have visited this tomb a number of times, and it never fails to impress.

Difficulty – It’s not the easiest place to find, and does require asking permission, and there’s a small hillock to climb. 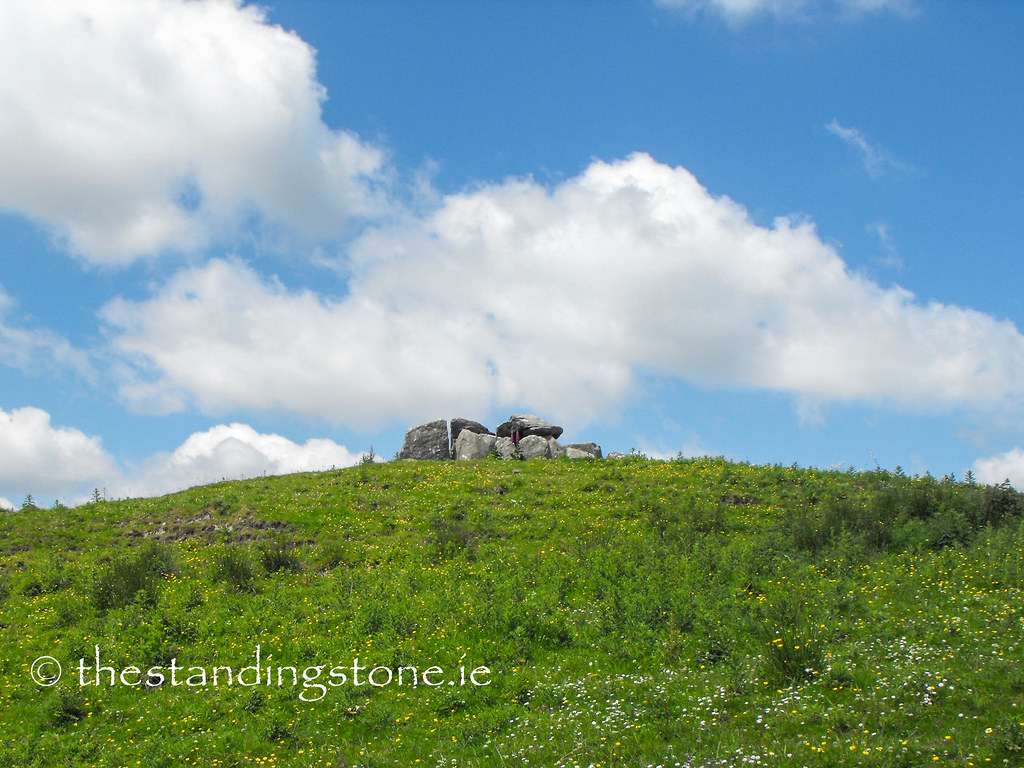 The view as you come up the hill. 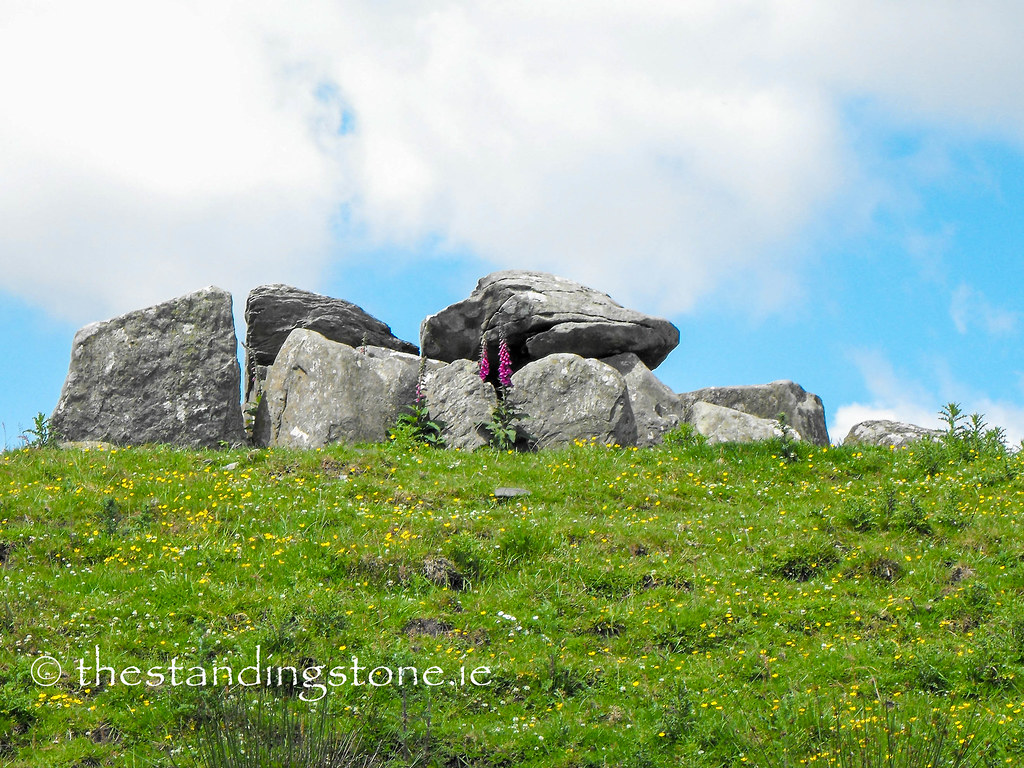 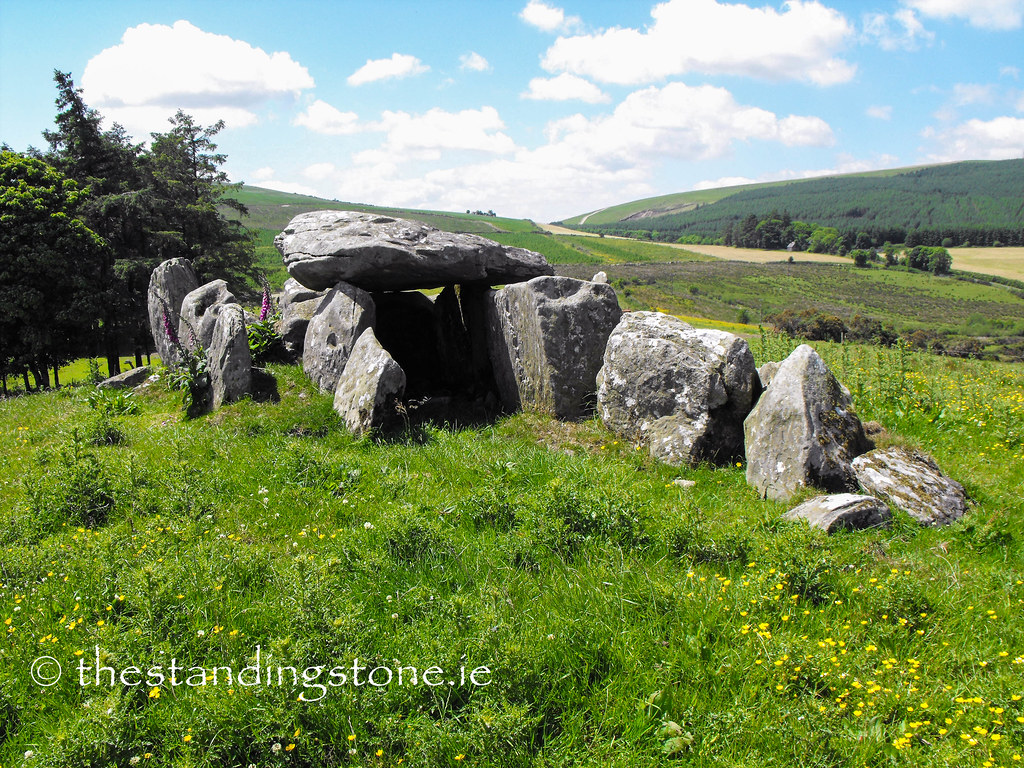 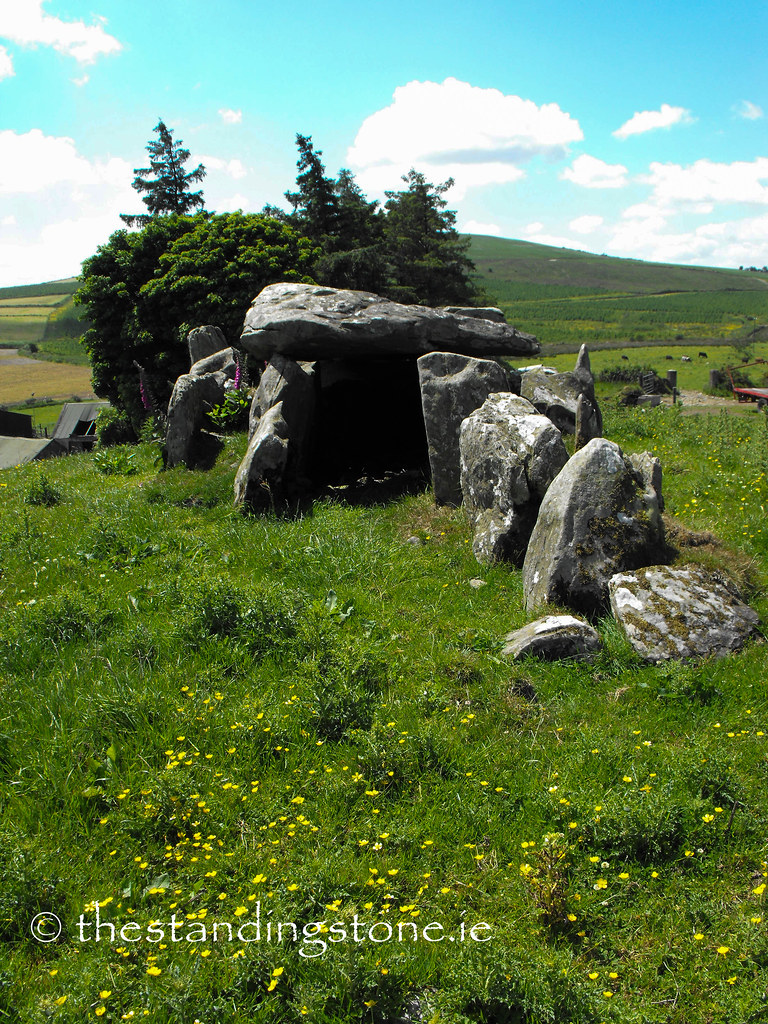 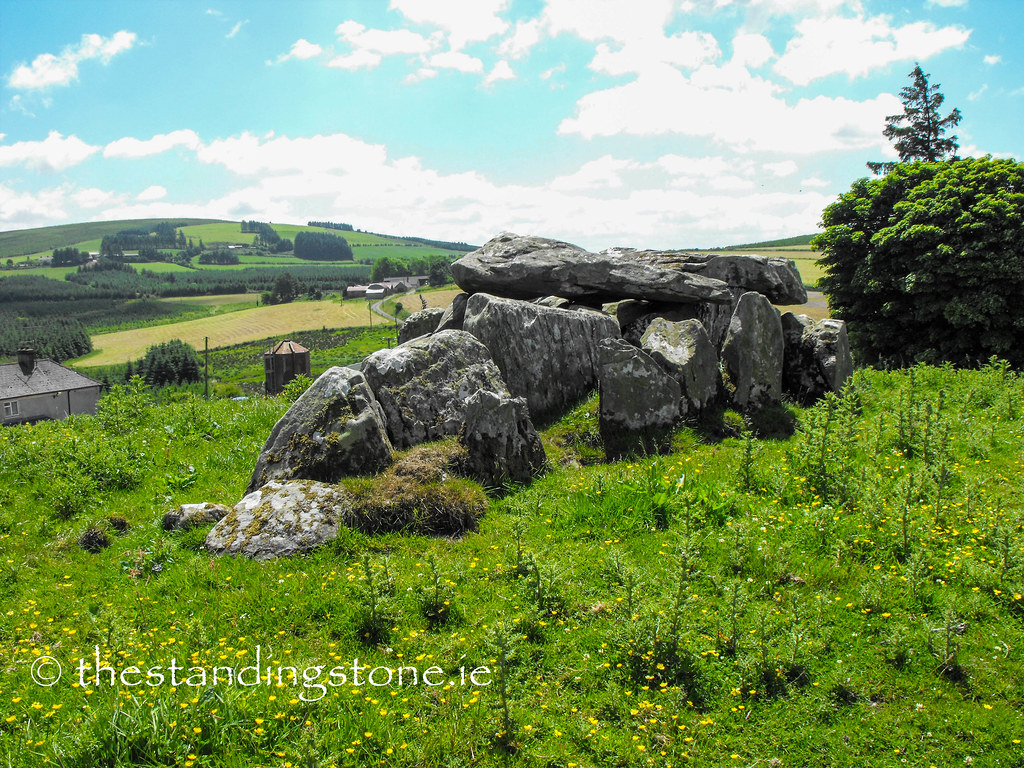 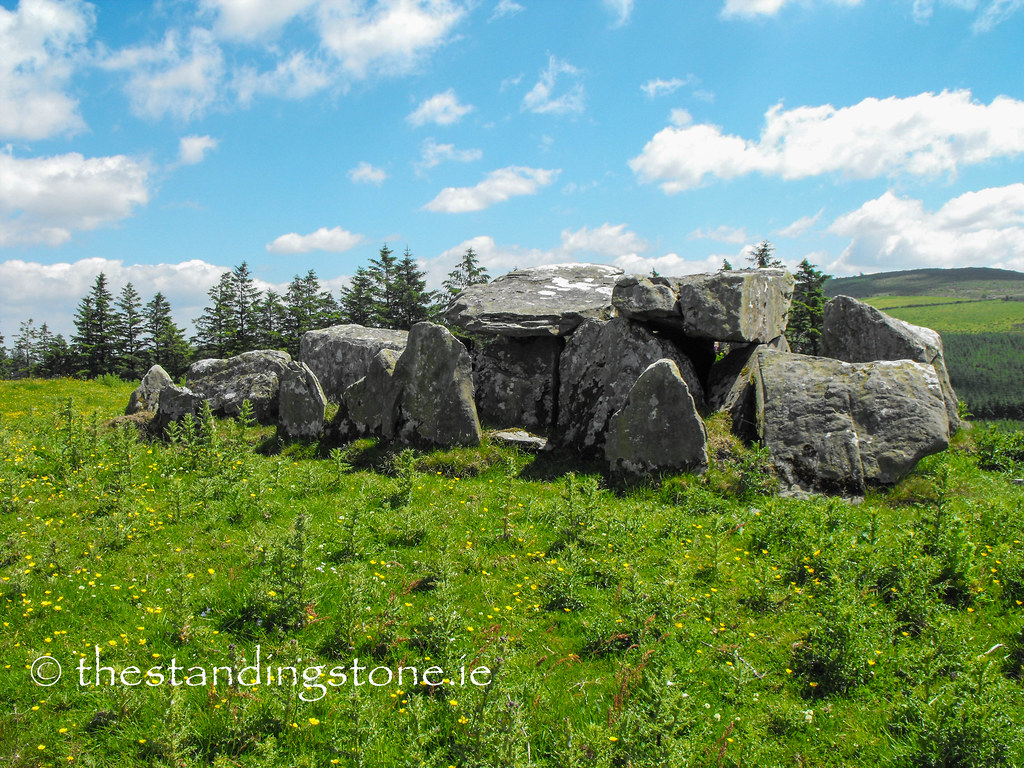 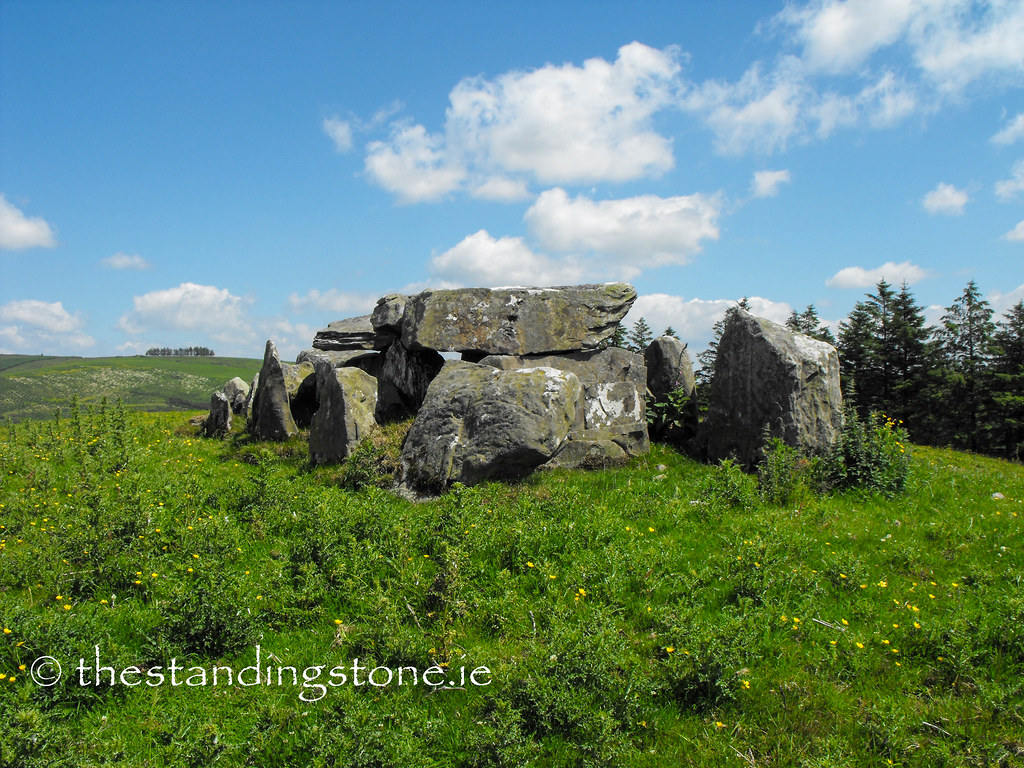 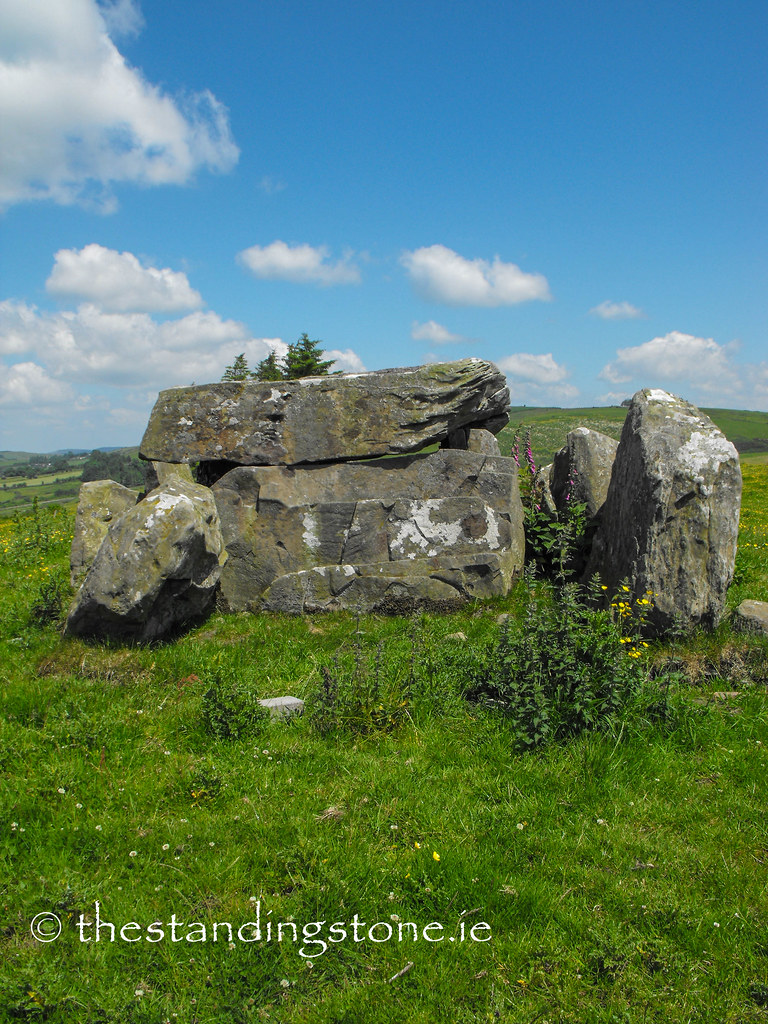 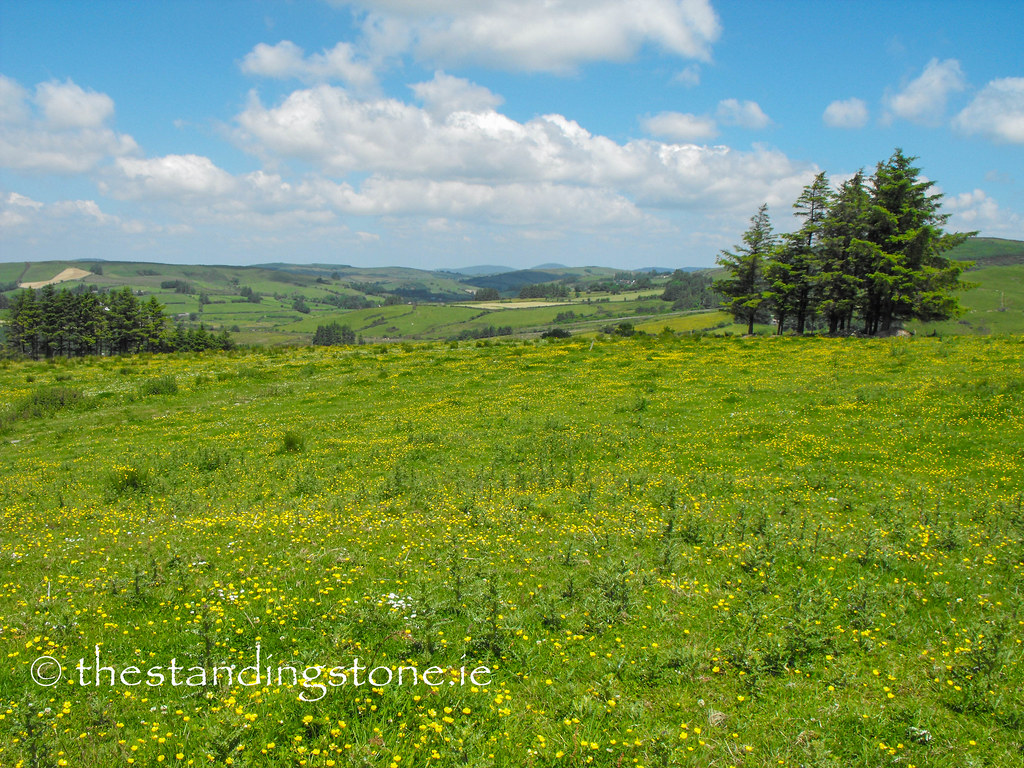 The views all around are stunning. 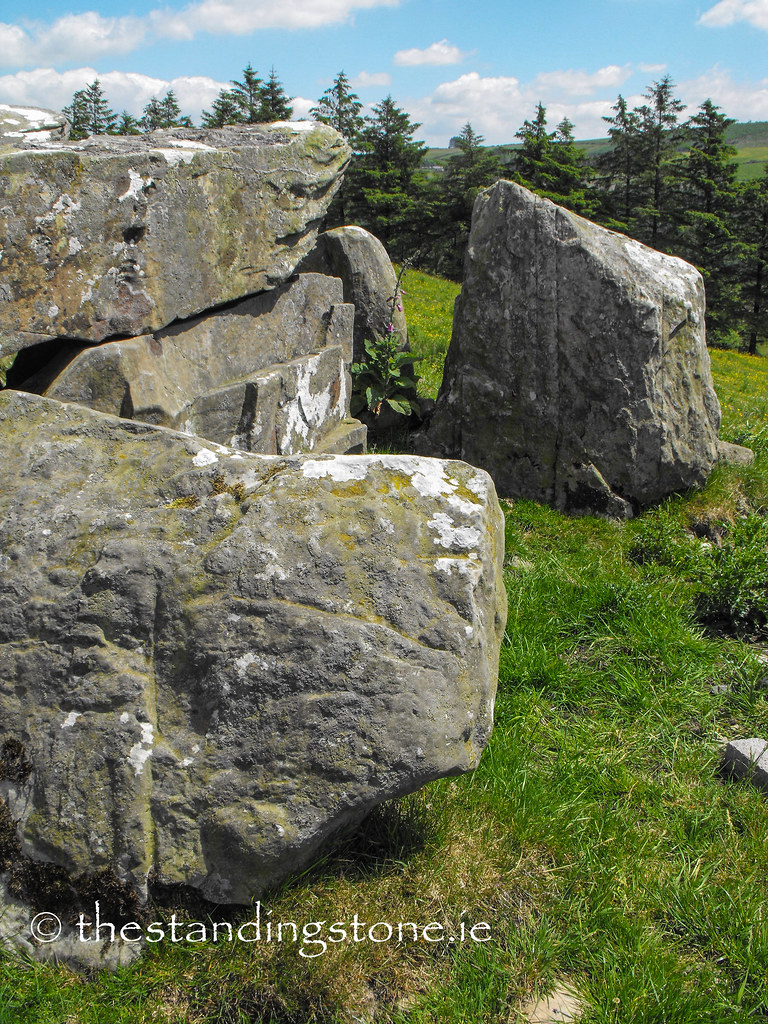 There are interesting markings on the stones. Natural or man-made? 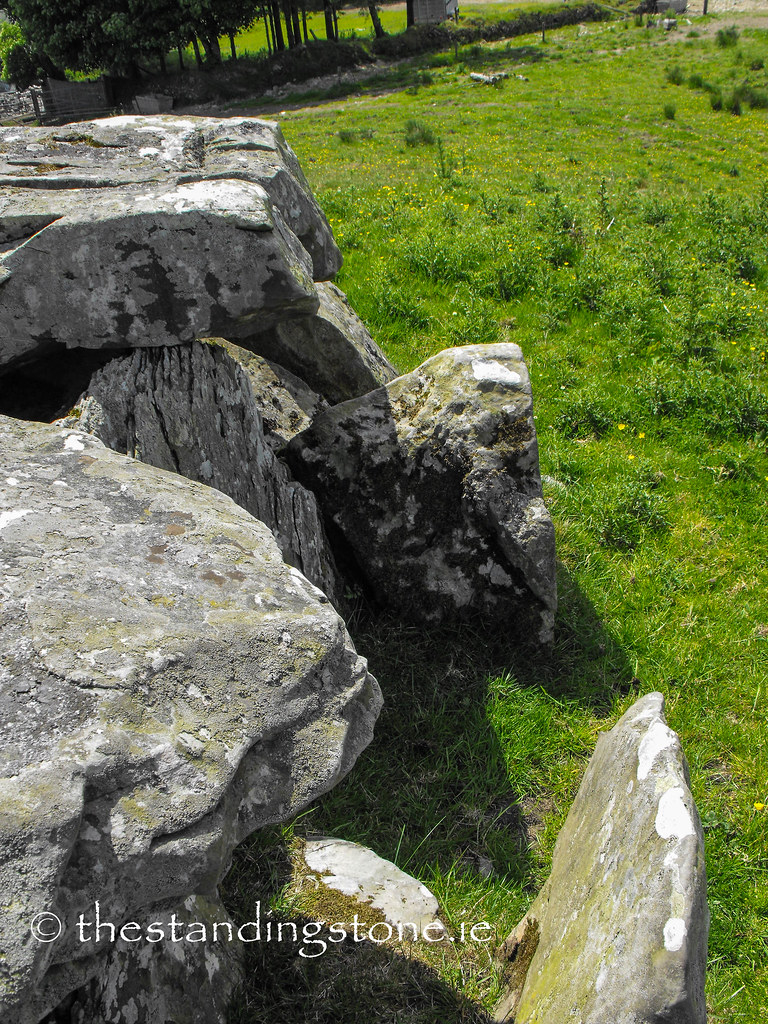 A section of the outer walling. 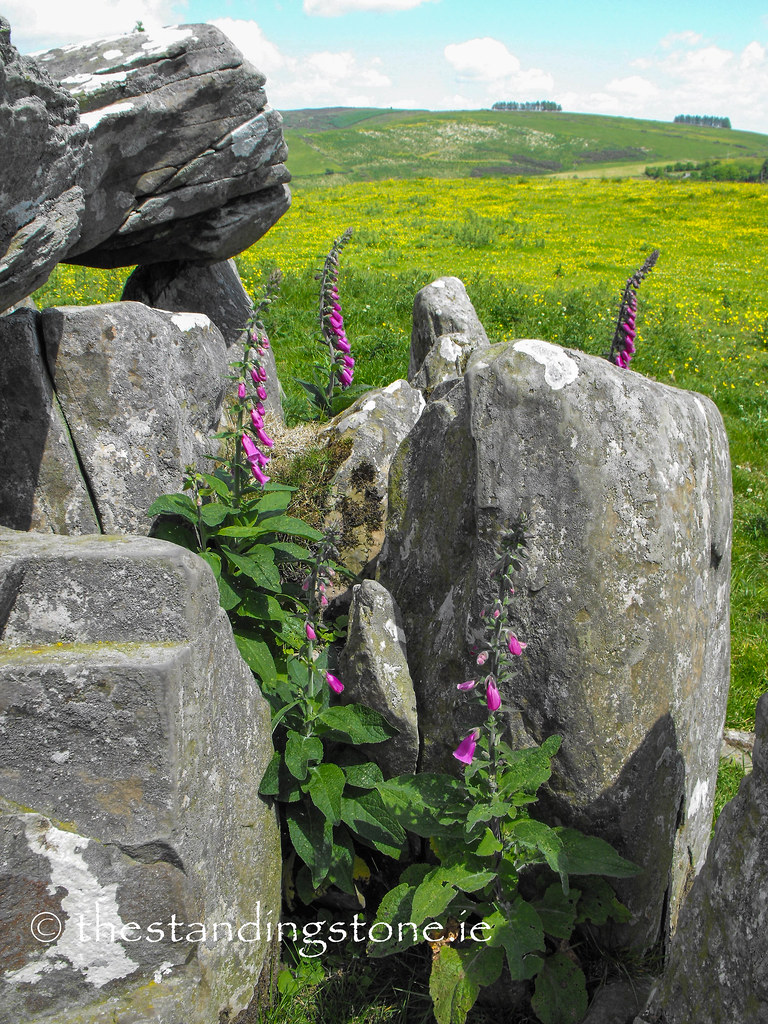 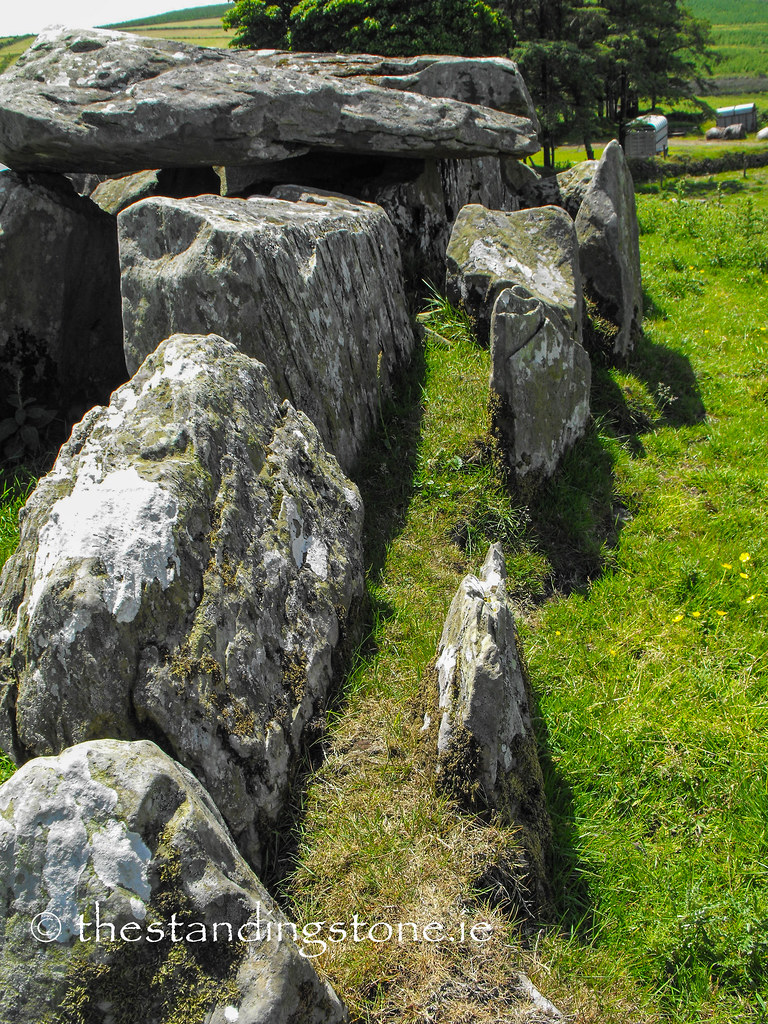 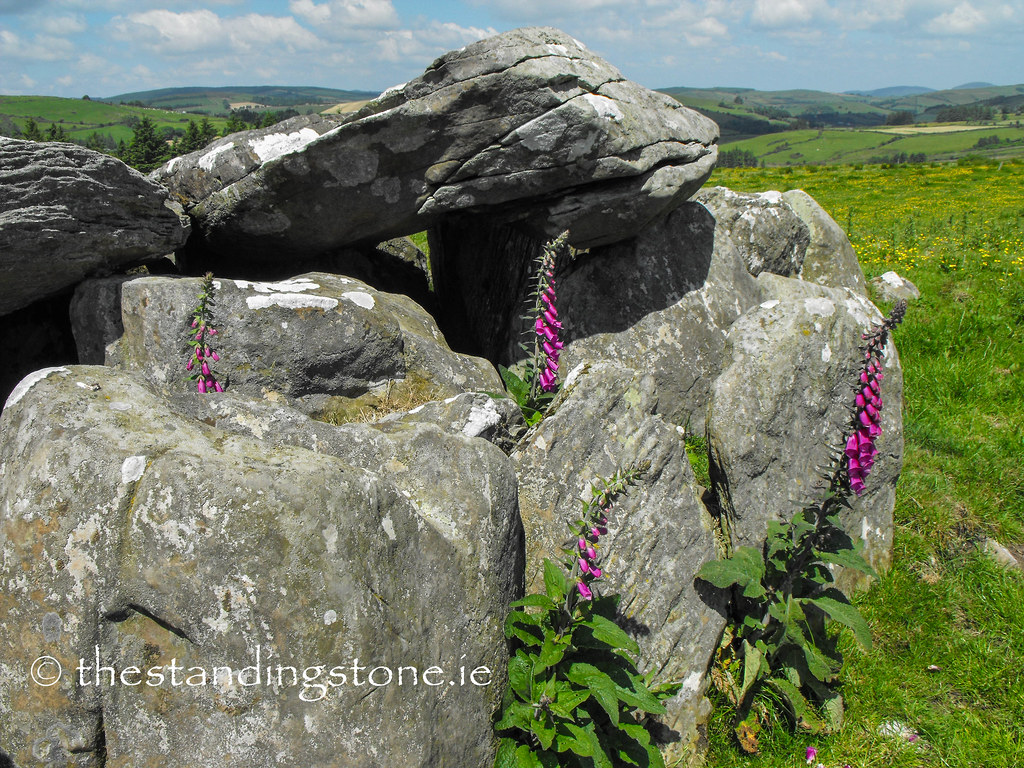 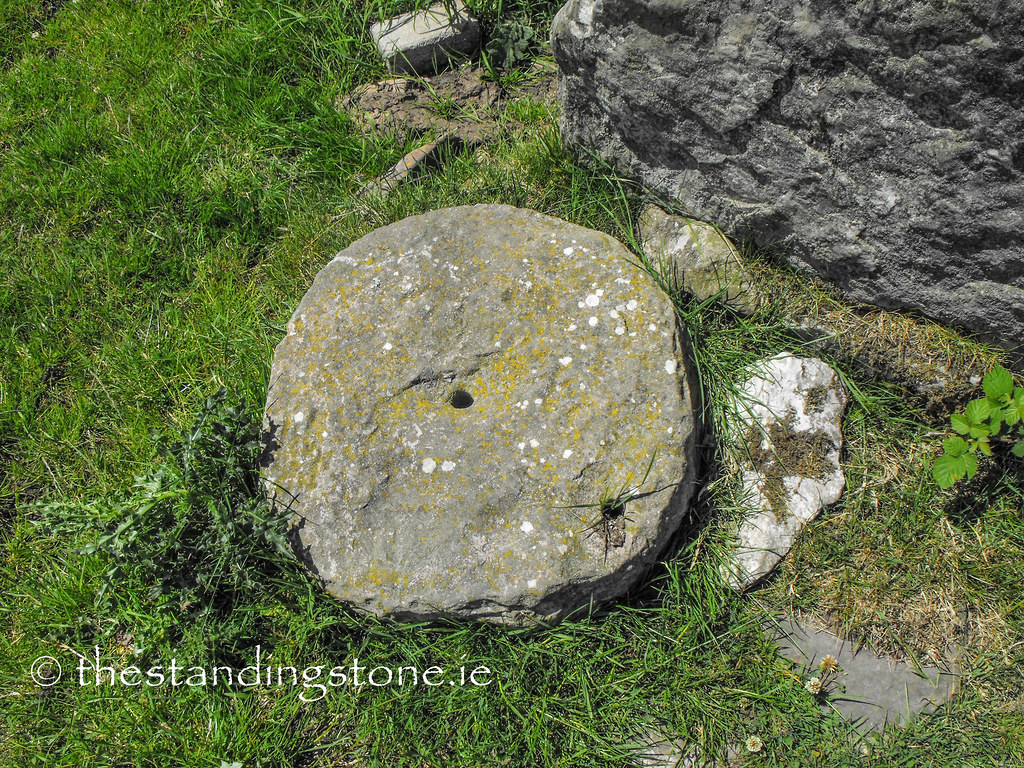 A millstone, probably not associated with the wedge tomb. 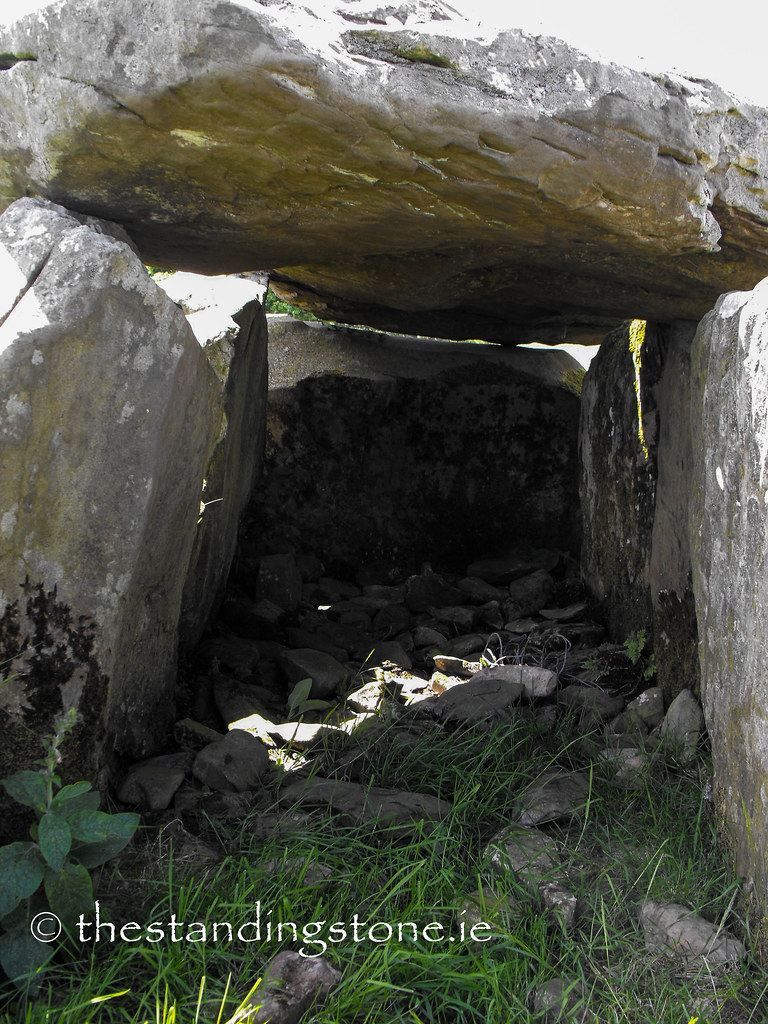 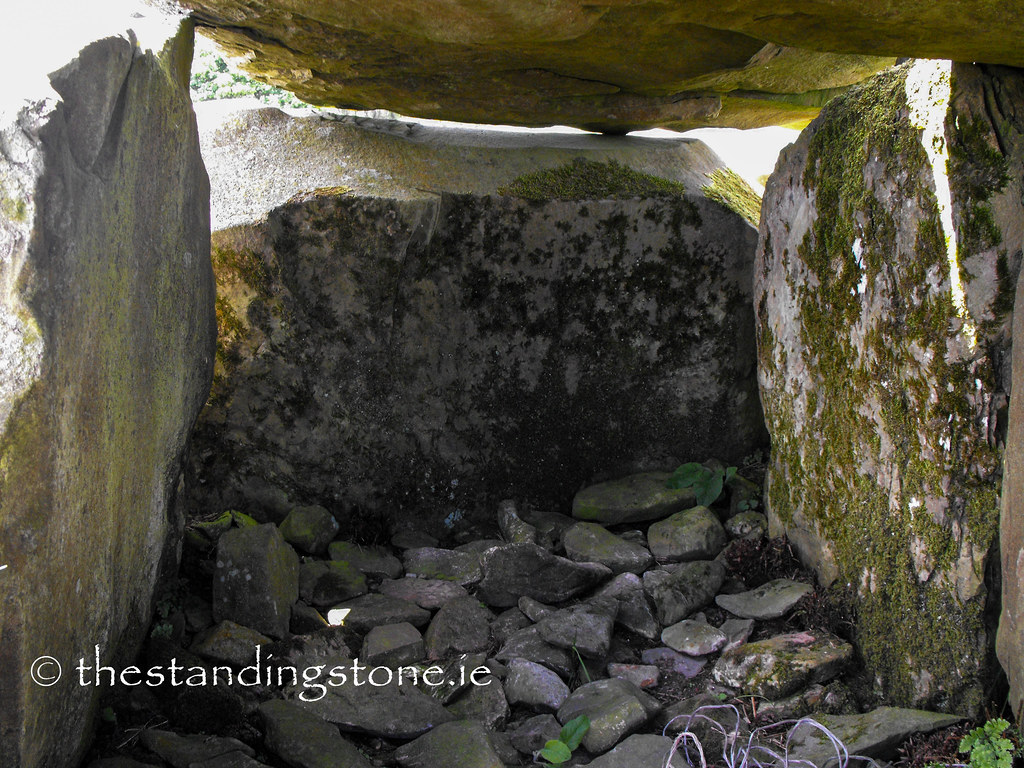 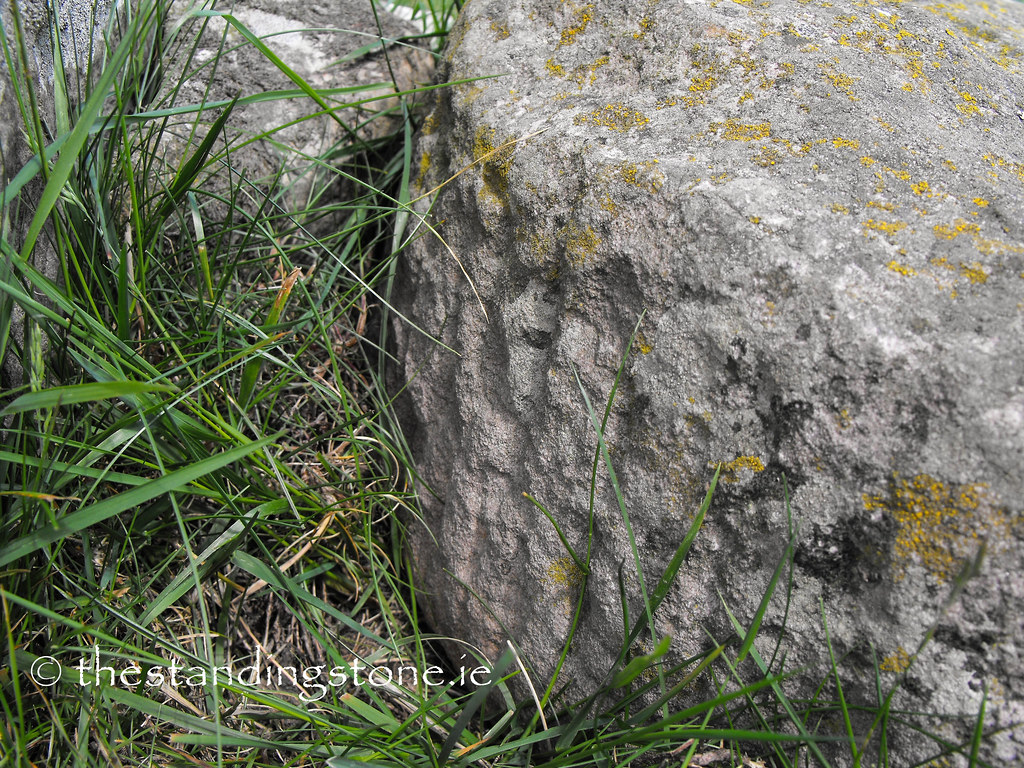 Tool marks on the stones. 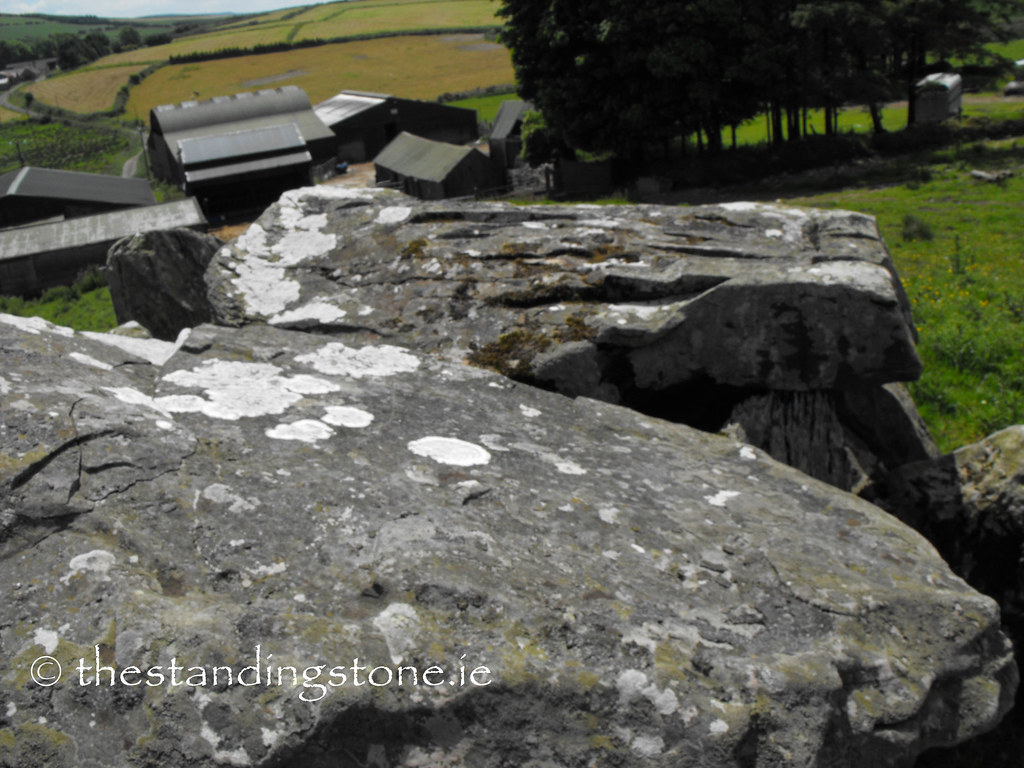 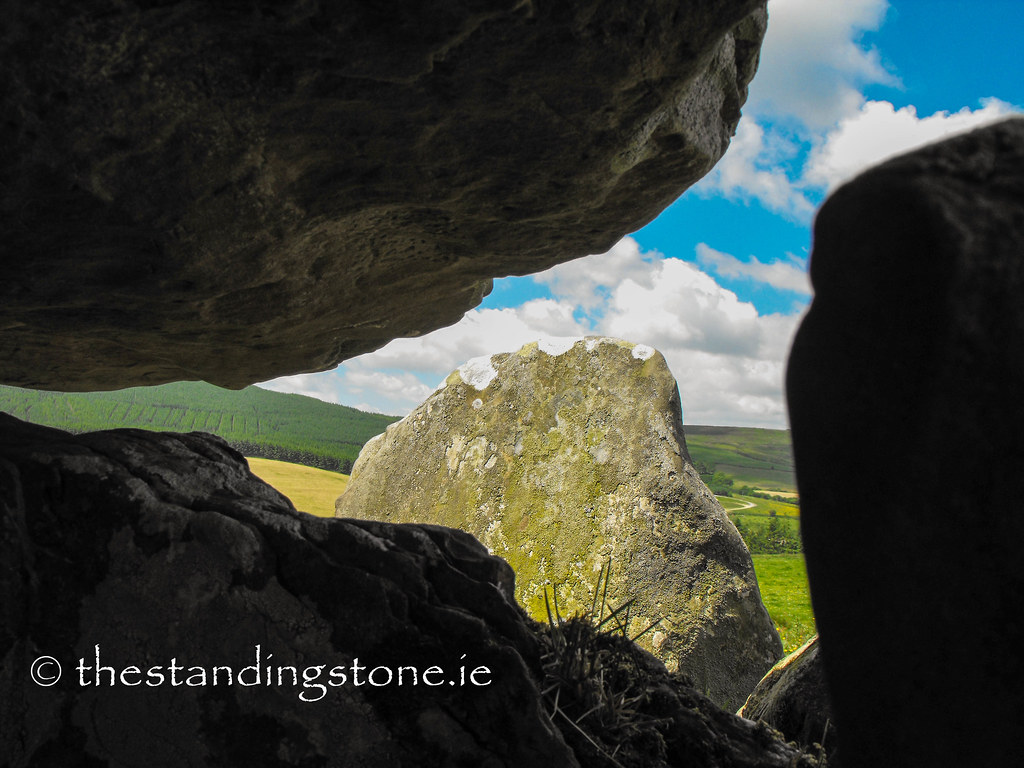 Looking out from within. 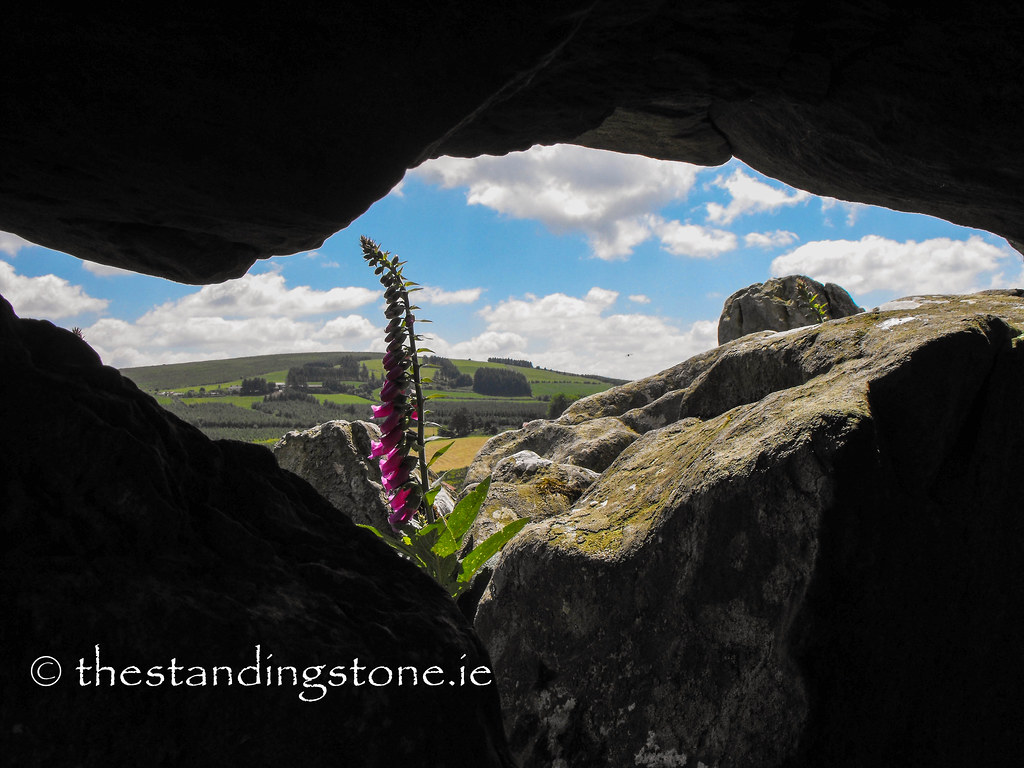 The flora here is also beautiful. 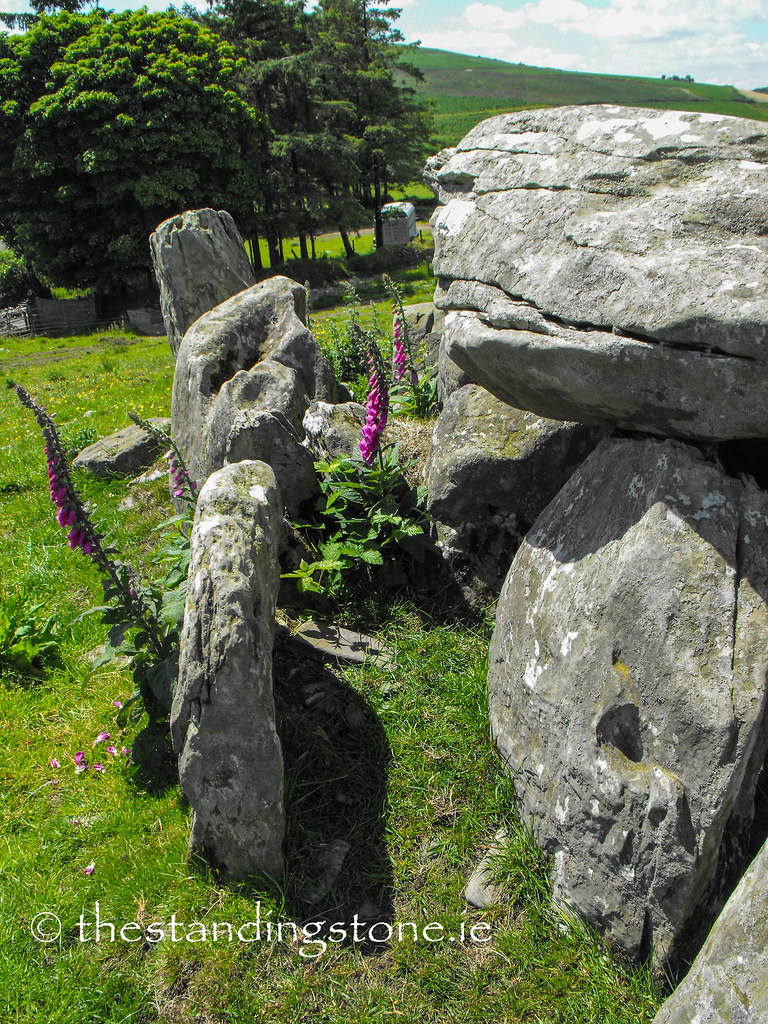 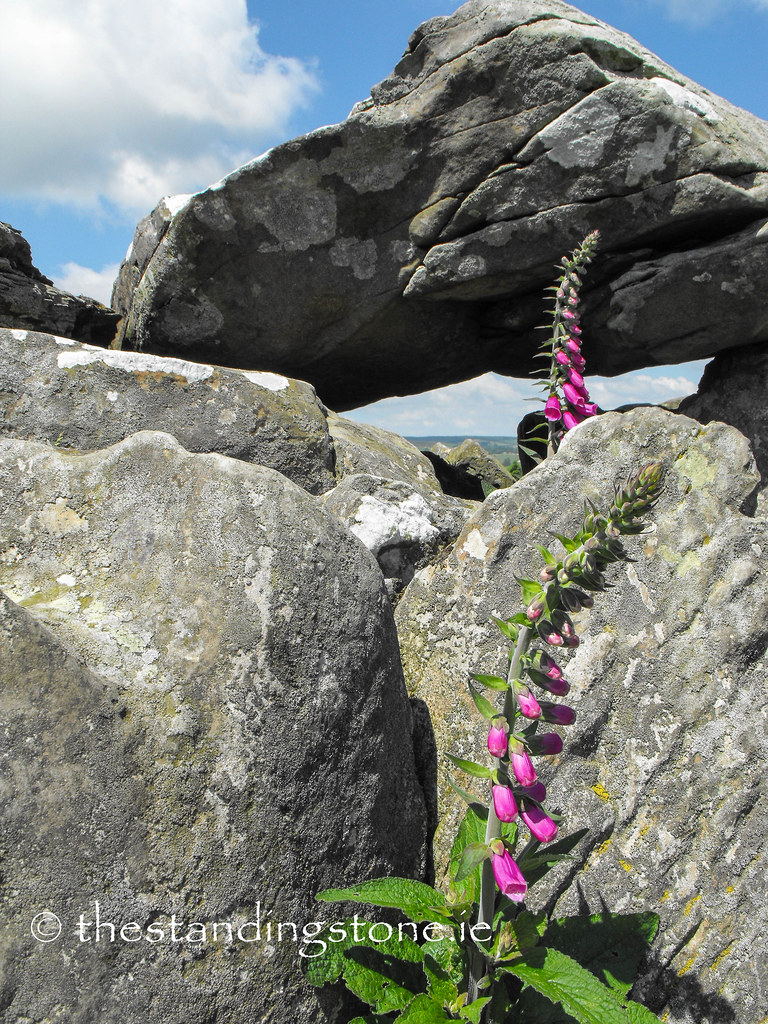 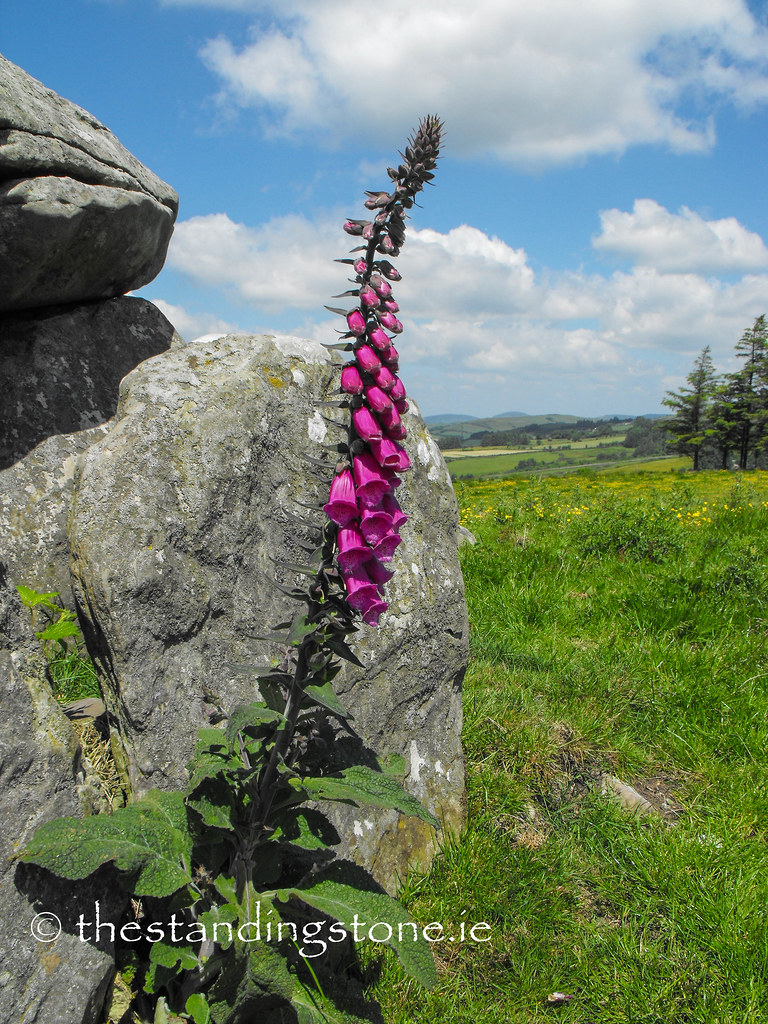