Location – In the grounds of St. John the Baptist’s Cathedral, on John Street, Cashel.

Description and History – Set into the 14th town walls of Cashel that originally enclosed some 28 acres, are a series of early 14th century effigies. These effigies, along with the stretch of wall that now house them, form part of the boundary wall of St. John the Baptist’s Cathedral graveyard.

These effigies likely represent Sir William Hackett and his family, probably his wife and two daughters. Around 1265 Sir William founded a Franciscan friary in the town and these effigies would have originally been located in the vault of the friary. They would have been sat on a series of sarcophagi. When the Franciscan friary was demolished in the late 18th century and the modern Roman Catholic Church of St. John built, the effigies were removed and relocated to the town walls.

While the sarcophagi upon which they sat have been mostly lost, one does survive, and is on display in the Hall of the Vicar’s Choral at the Rock of Cashel. On this sarcophagus is the remains of a fifth, and badly damaged, effigy. Peter Harbison has speculated that the measurements of the effigy of Sir William correspond with the sarcophagus at the Vicar’s Choral. It is likely, then, that they fit together. This would make it Ireland’s only complete sarcophagus with effigy.

The head of a possible 6th effigy now sits in the walls of St. Dominic’s Friary at the foot of the Rock of Cashel. The remains of a second sarcophagus also rests within the friary, but it is too badly damaged to tell if it was part of the Hackett series.

Depicted on the four effigies in the graveyard of St. John’s are a knight and three ladies. The knight carries a shield, while the ladies all have a hand raised to their breast. Details of jewellery, cloth, and head dresses can still be clearly seen. The damaged effigy in the Hall of the Vicar’s Choral shows a male figure. It is placed on a sarcophagus decorated on one side with pointed arches and small quatrefoils. The fact that only one side is decorated indicates that it was originally placed in a niche where the other sides would not be seen. It is also tempting to speculate that the plain arches of the sarcophagus would have originally been painted. In fact, I would argue that the effigies themselves would also have been painted.

Difficulty – Easy to find in the grounds of St. John the Baptist Cathedral, and easy to traverse. 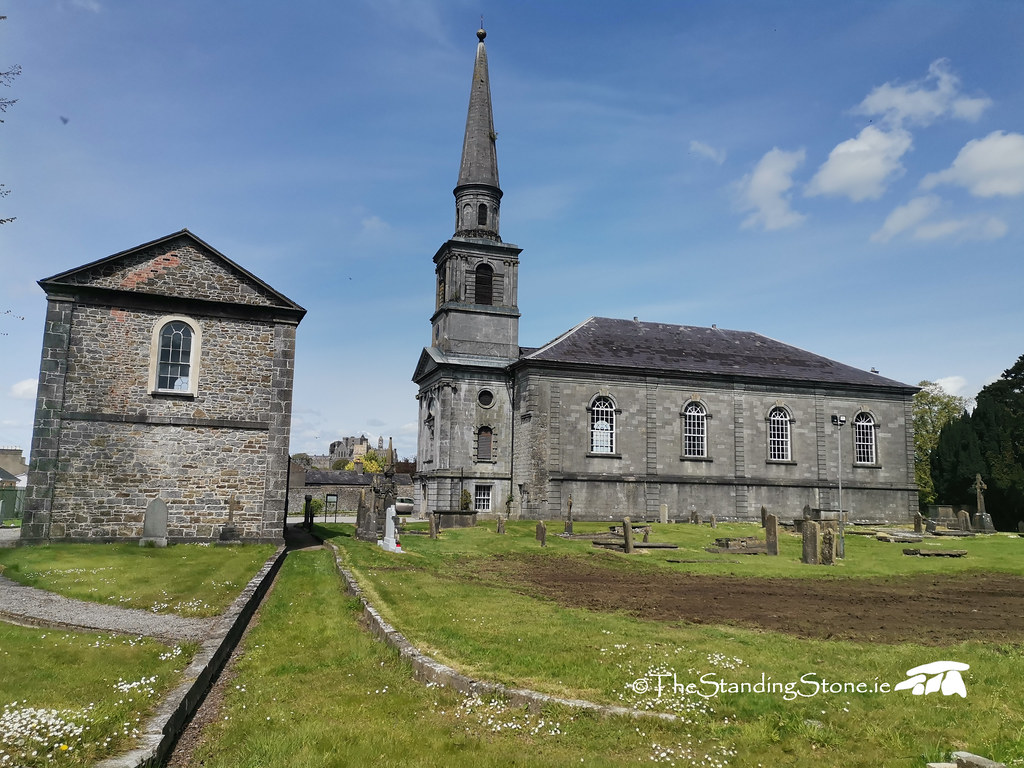 The graveyard of St. John the Baptist's. 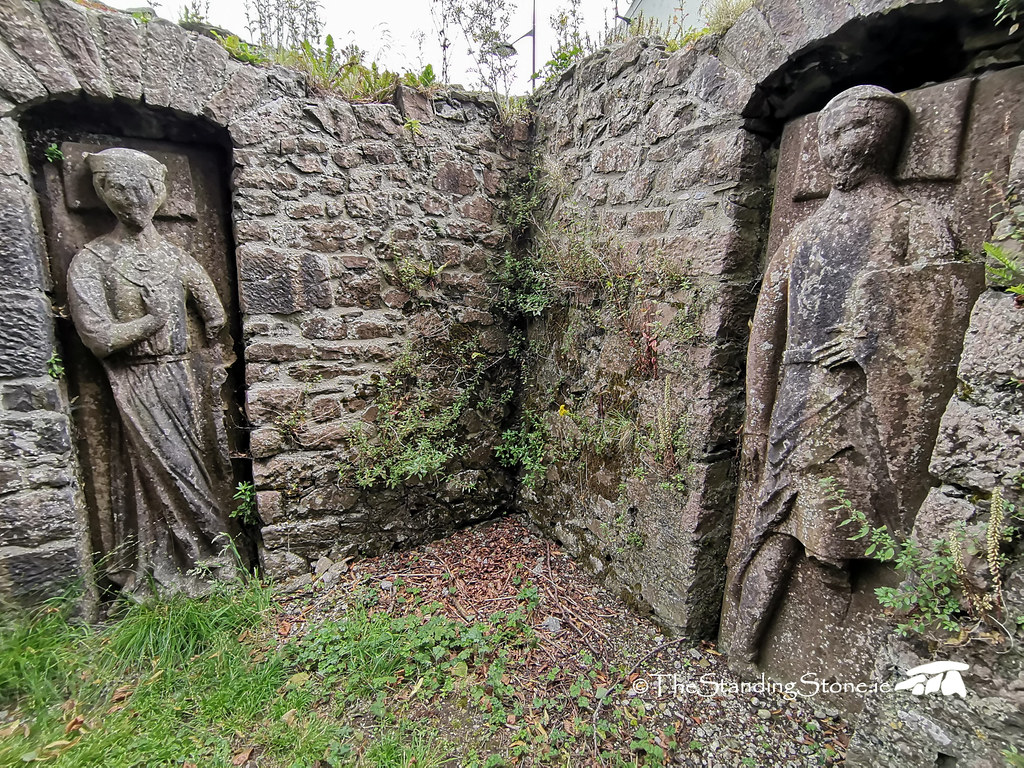 Two of the four effigies in the graveyard. On the right is Sir William Hackett, and on the left is a lady, possibly his wife or daughter. 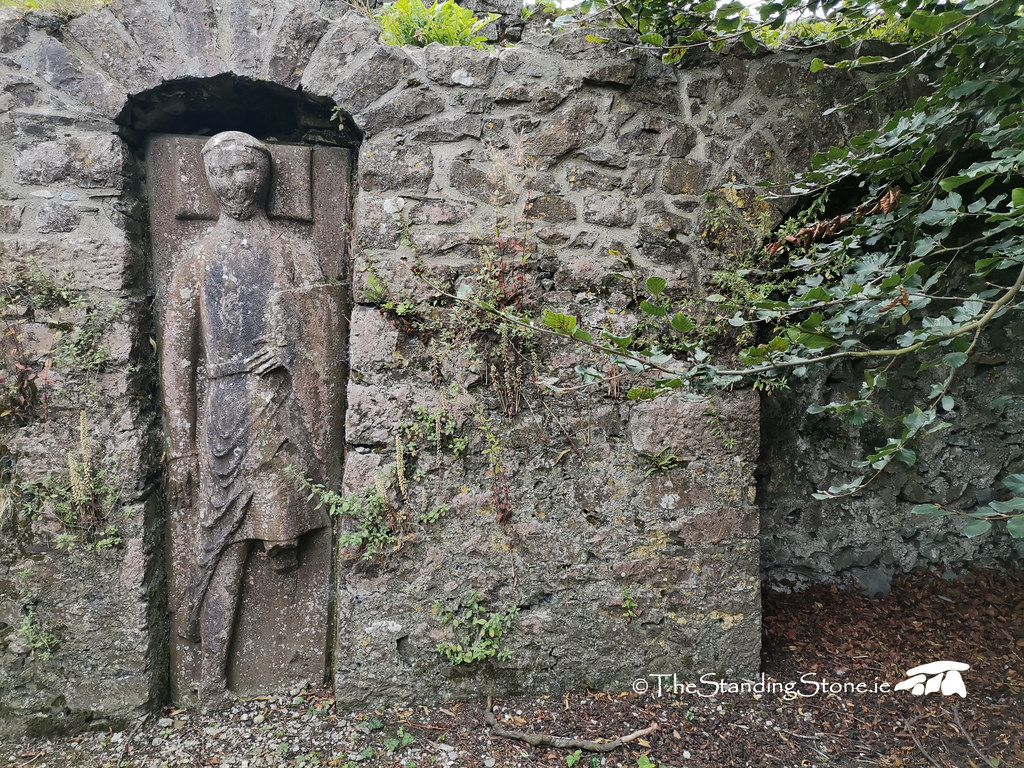 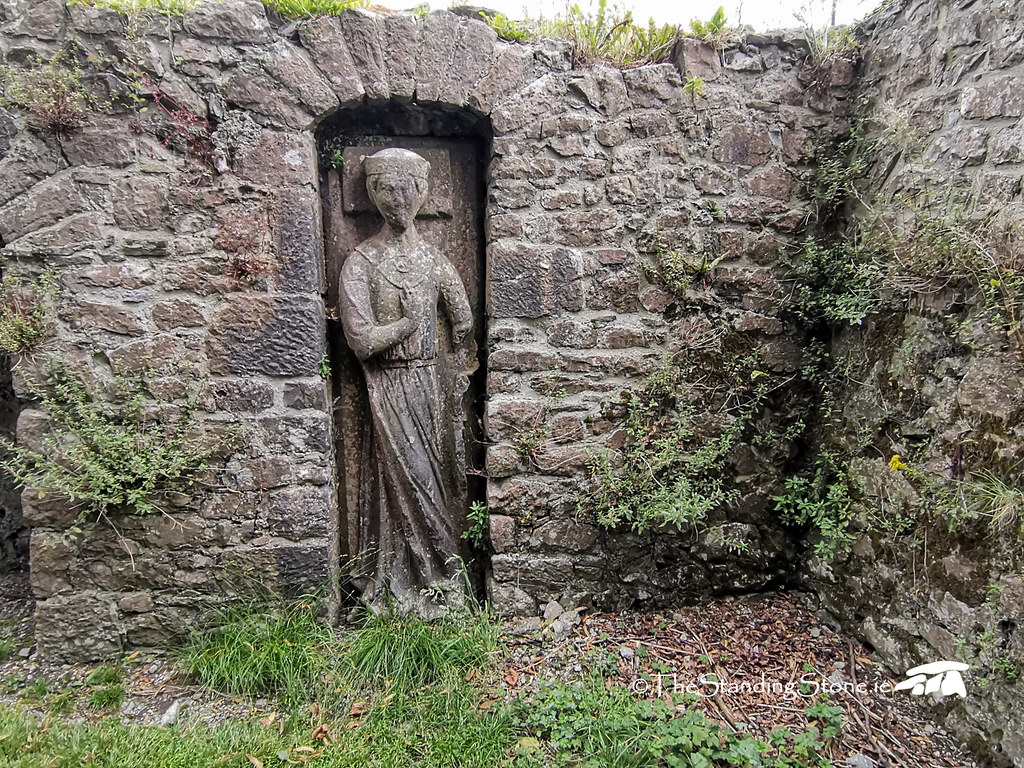 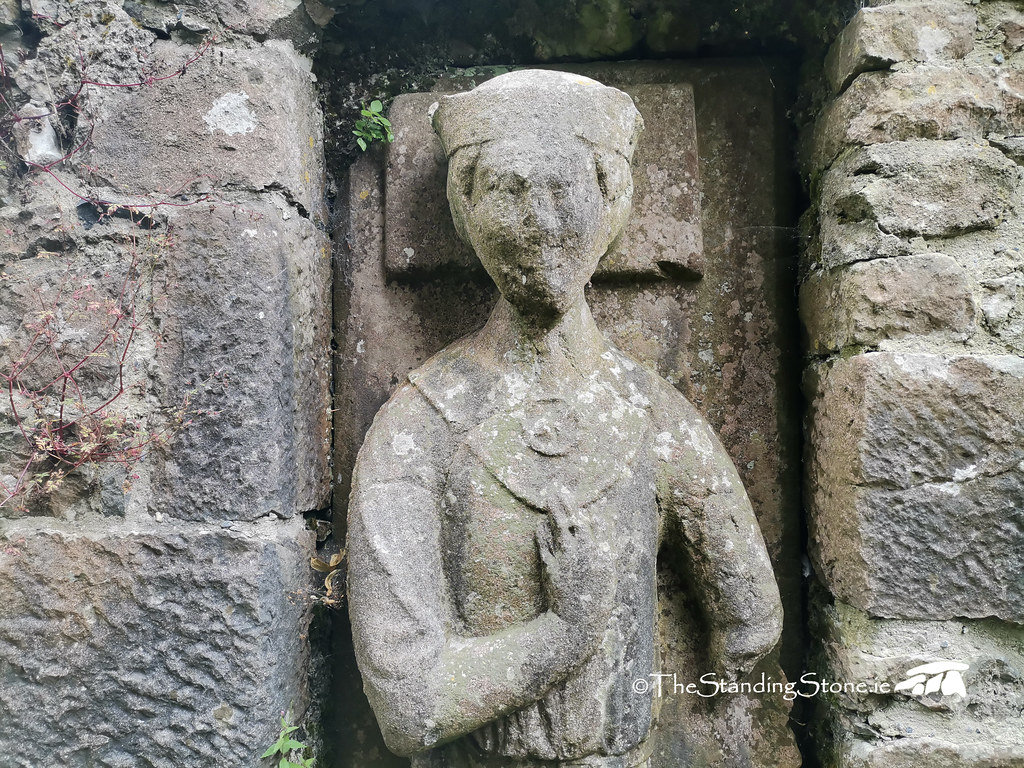 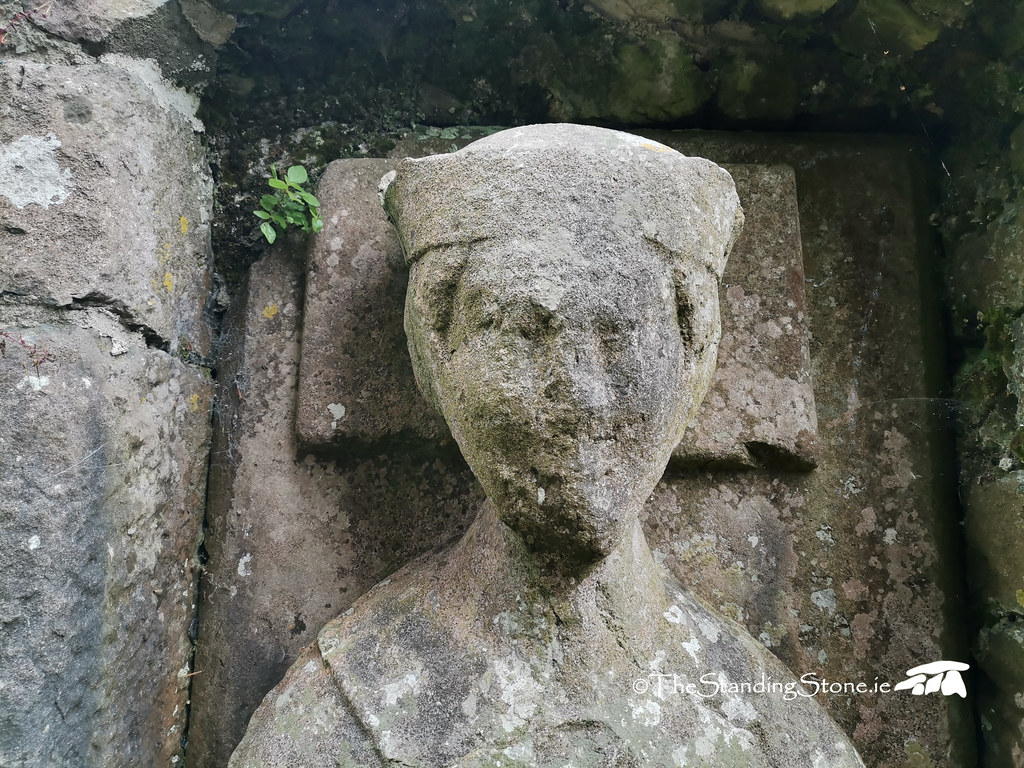 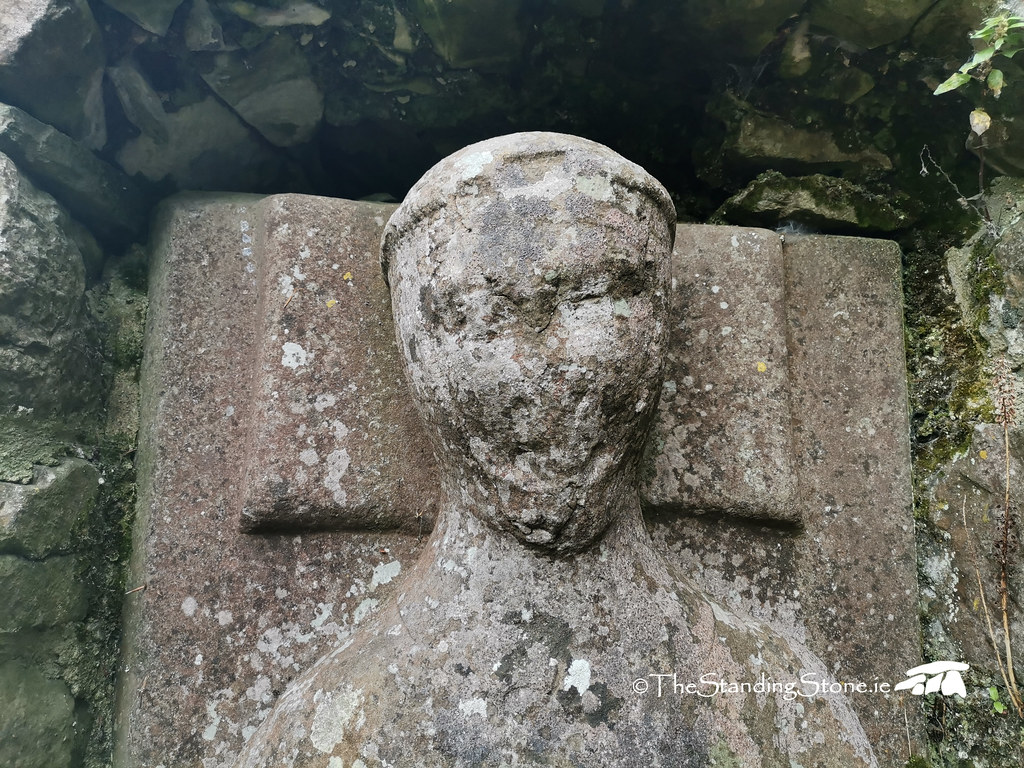 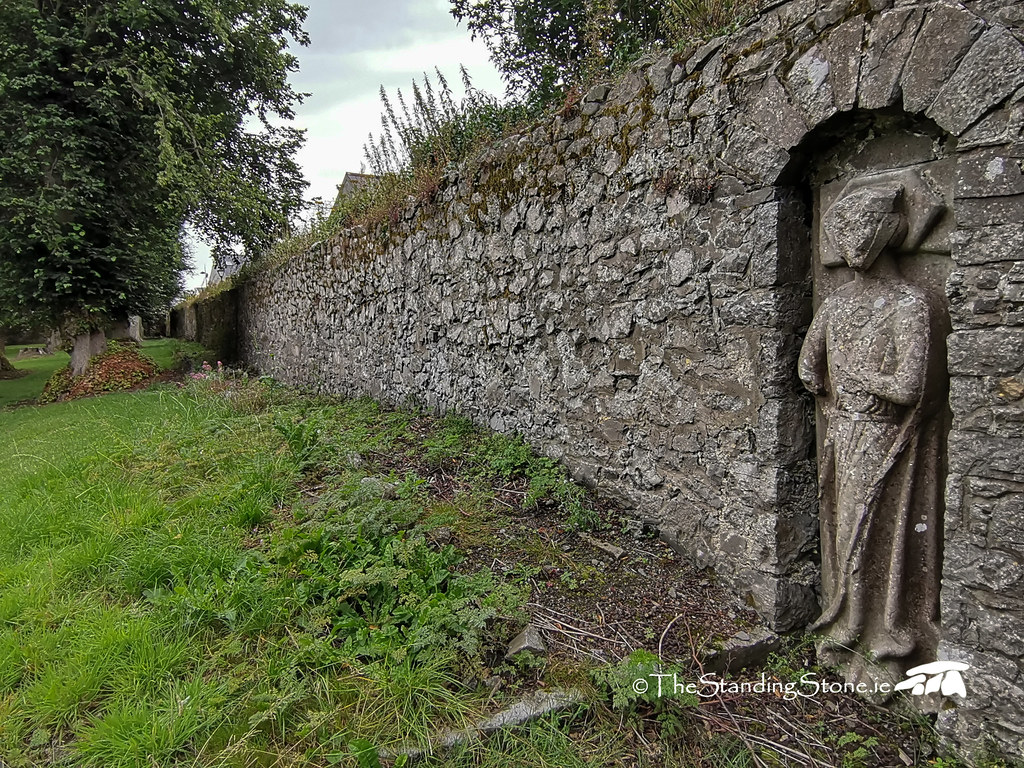 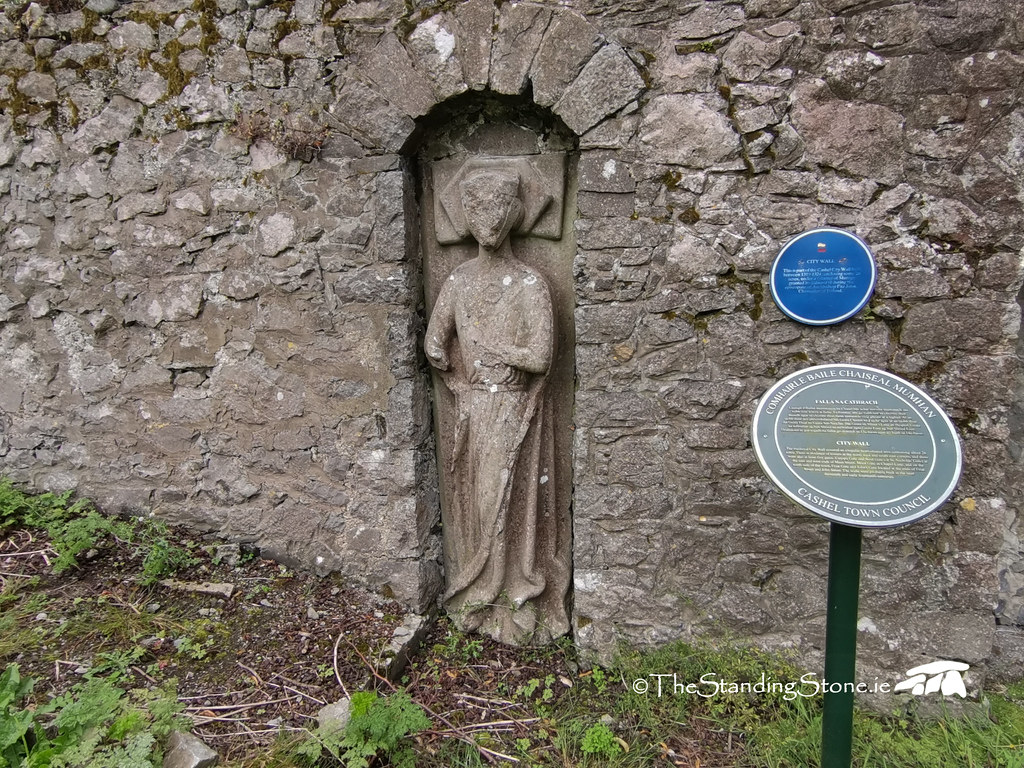 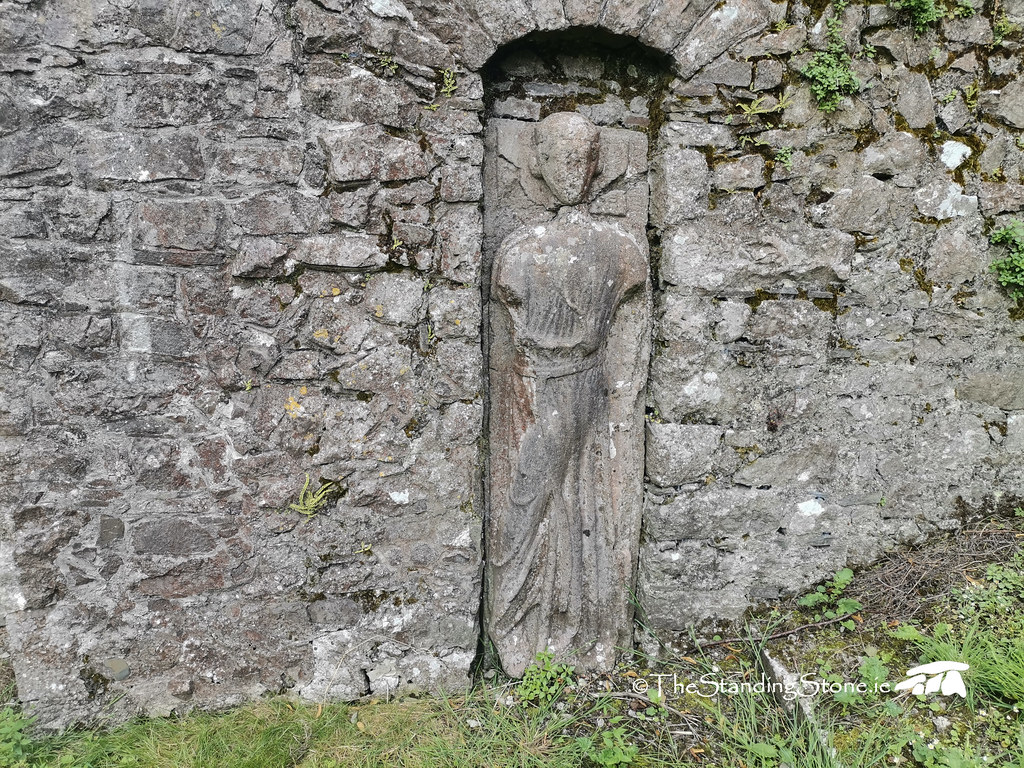 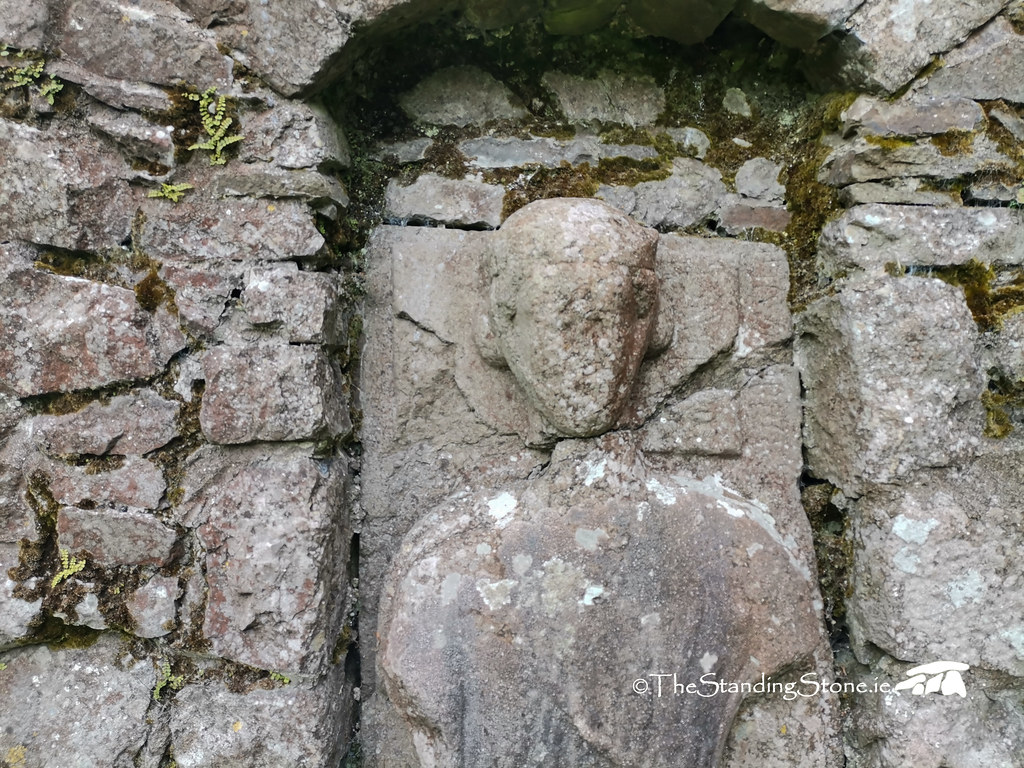 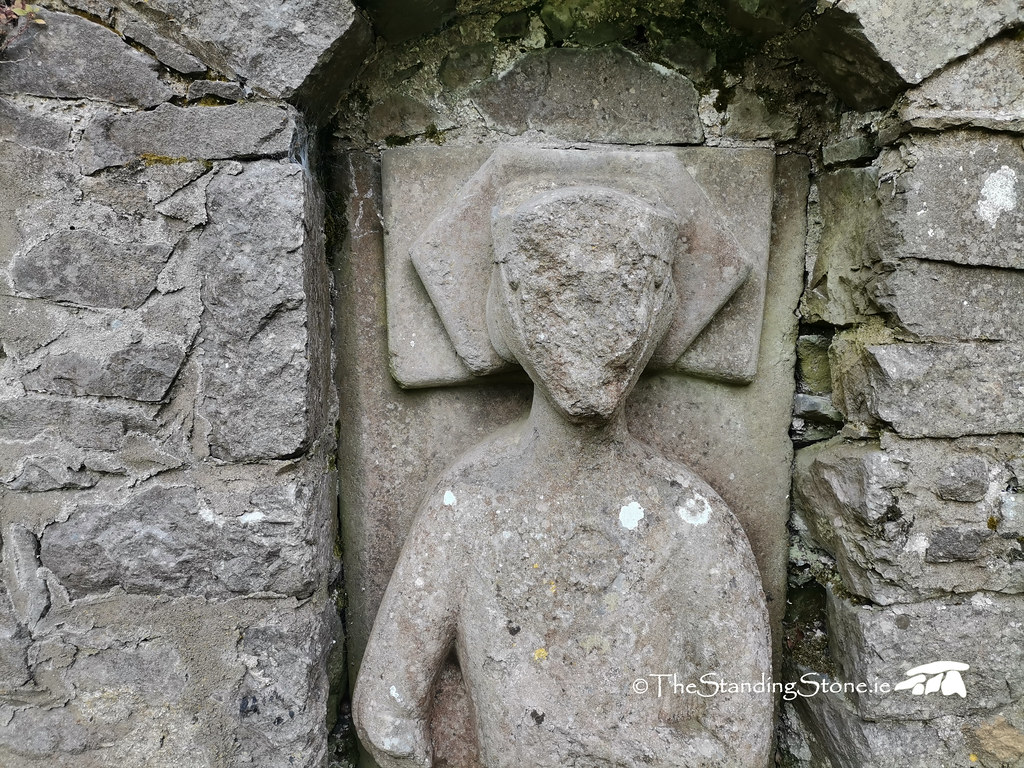 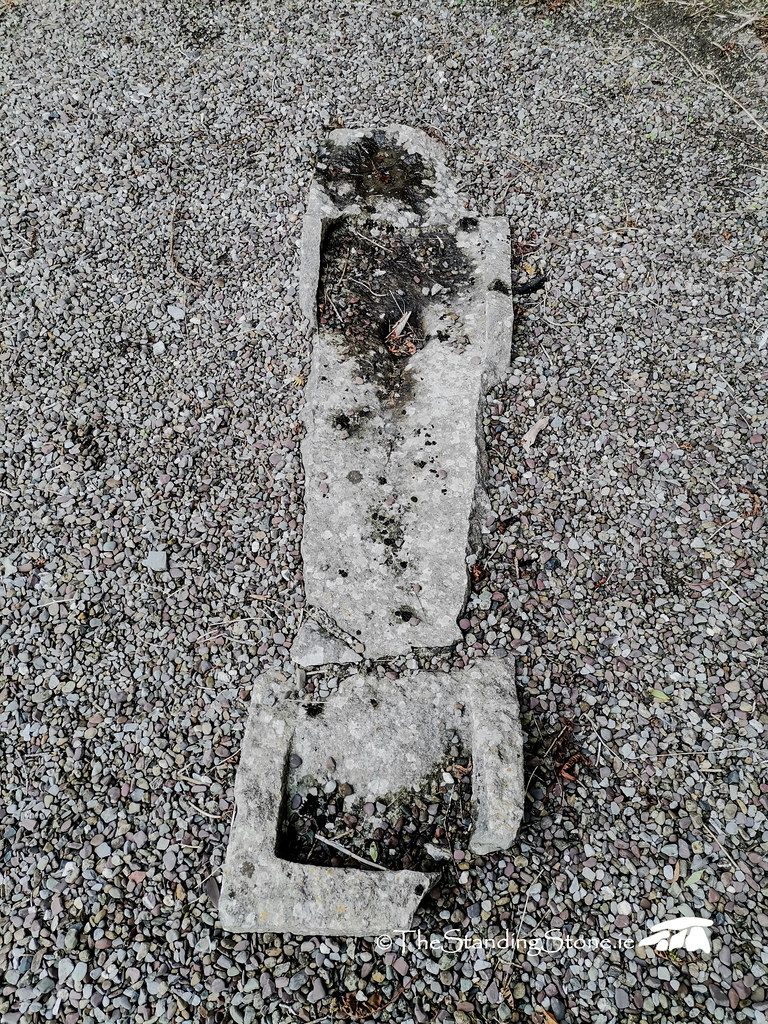 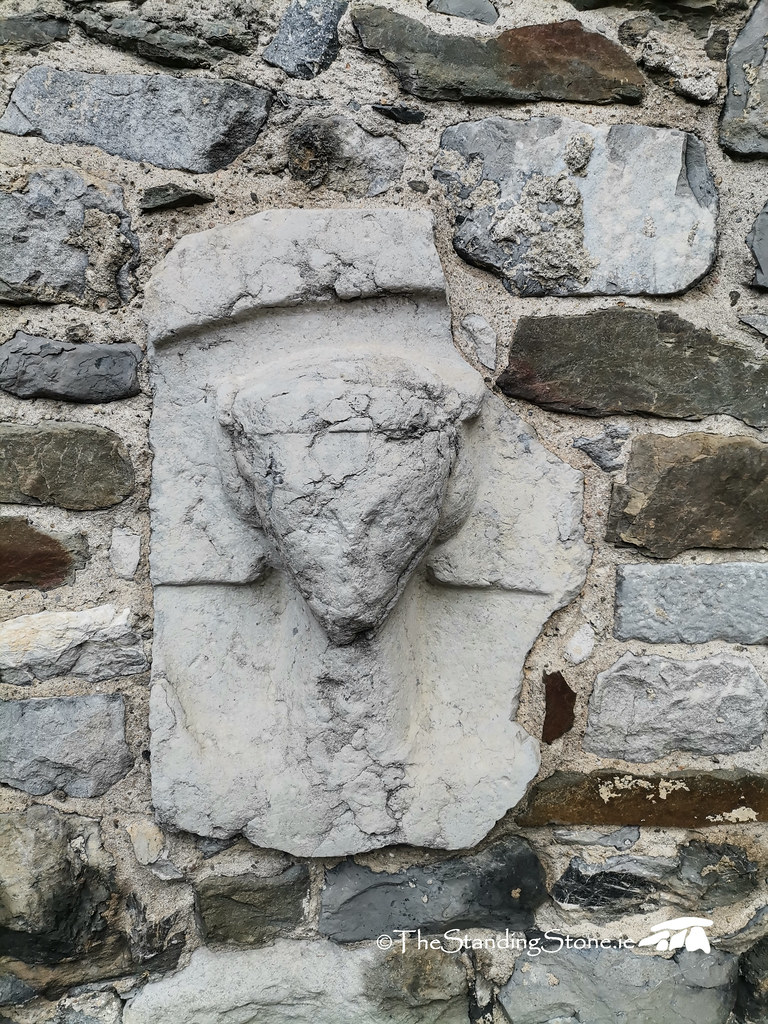 The head of the possible 6th effigy. 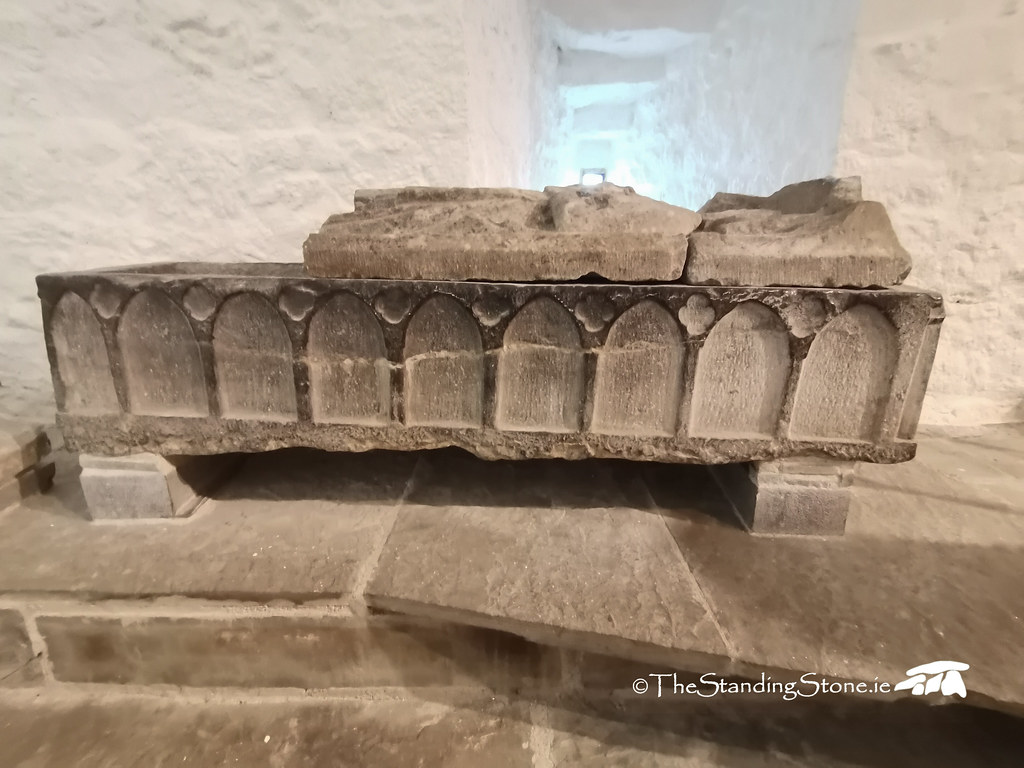 The sarcophagus in the Hall of the Vicar's Choral at the Rock of Cashel. 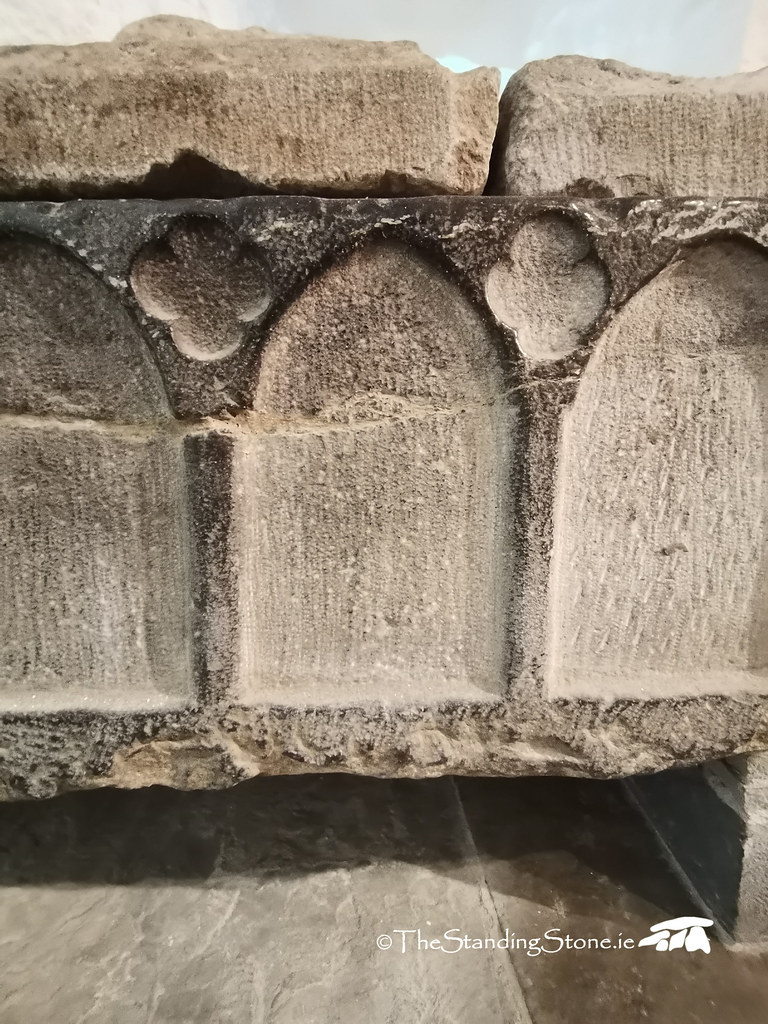 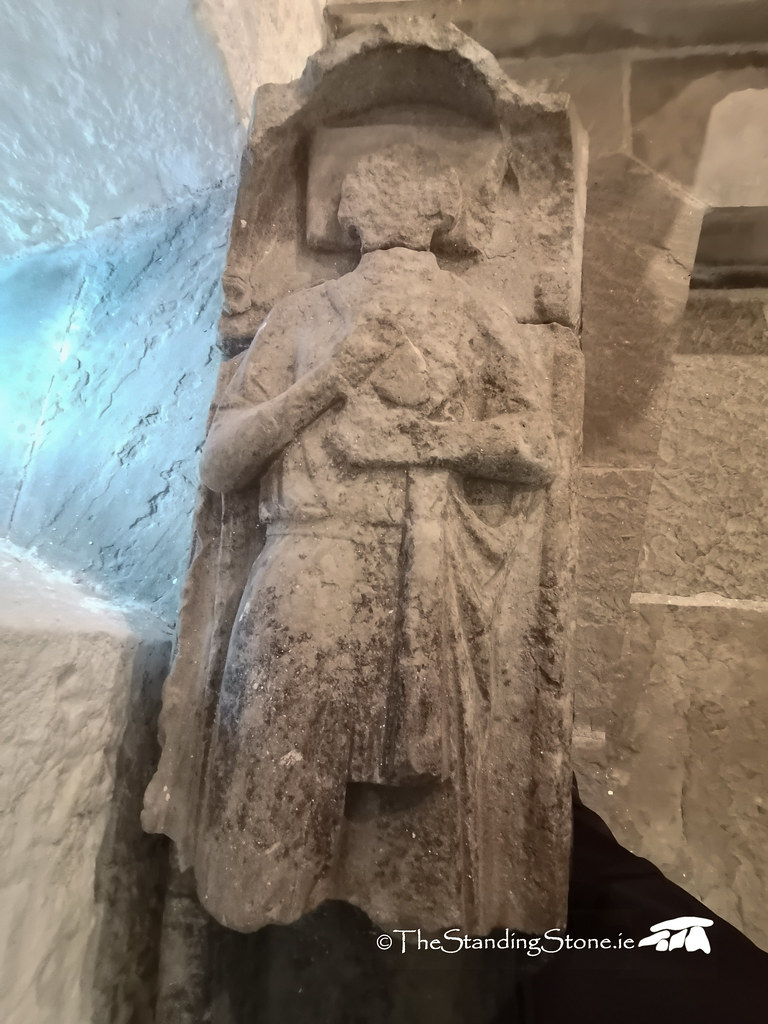