Description and History – This is an impressive tomb and is right in the middle of an area that is riddled with wedge tombs. Unfortunately, the surrounding landscape is residential and trees spoil the relationship that this tomb has with the geography of the area. The tomb was excavated in 1958 and partially restored. All capstones are now missing but the tomb boasts a kerbed cairn roughly 12.5m long and 9.5m wide in a U-shape, characteristic of wedge tombs and considering the proximity of many wedge tombs this is hardly surprising. The court (4 x 3m) leads to a gallery with 2 chambers divided by a single jamb stone. The entrance to the chamber is formed by two jamb stones and both chambers are roughly the same size (2m x 2m). The chamber is closed at the rear end by three stones. Some of the stones in the tomb reach just short of 2m. Excavations revealed a series of 34 post holes surrounding the tomb about 2m from the kerb. This indicates that there was a wooden element to the overall structure or perhaps a wooden structure predating the stone tomb. Bones of 6 Neolithic people were found with flint arrow heads, stone implements and some pottery.

The tomb is impressive but I feel it has been let down by the changes to the landscape. Any alignments are lost because of the trees and picnic tables sit only meters from the tomb making it appear like a garden feature more than an ancient tomb.

Difficulty – Easy to get to. There is a car-park and information board. 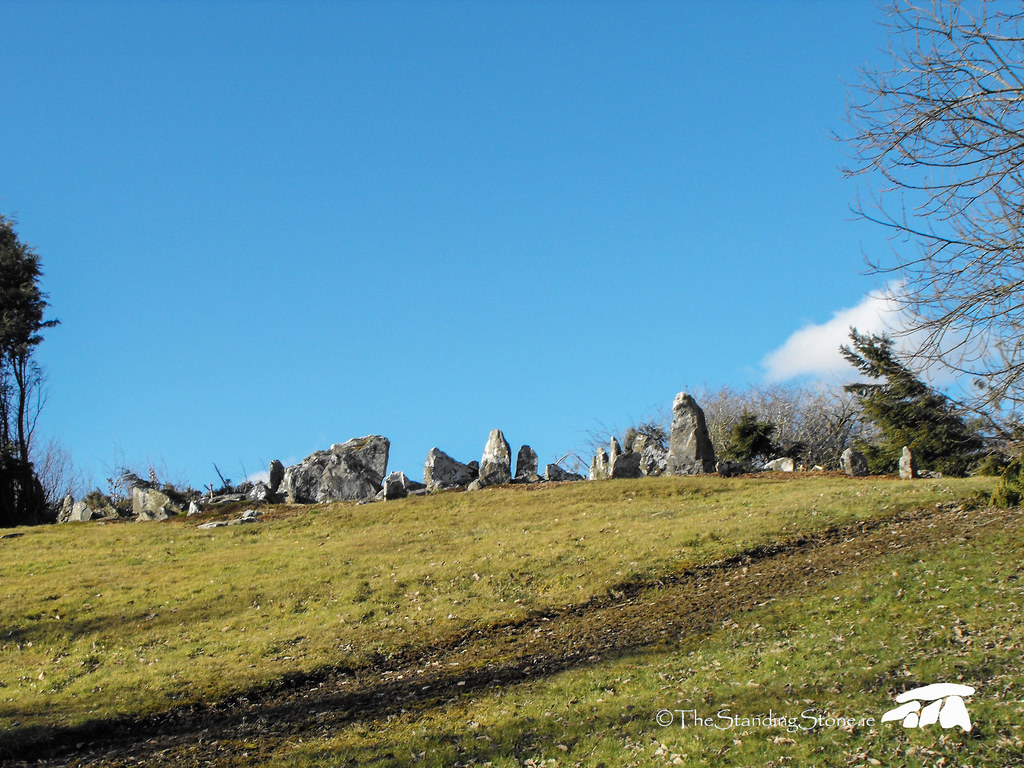 The view as you walk up to the tomb. 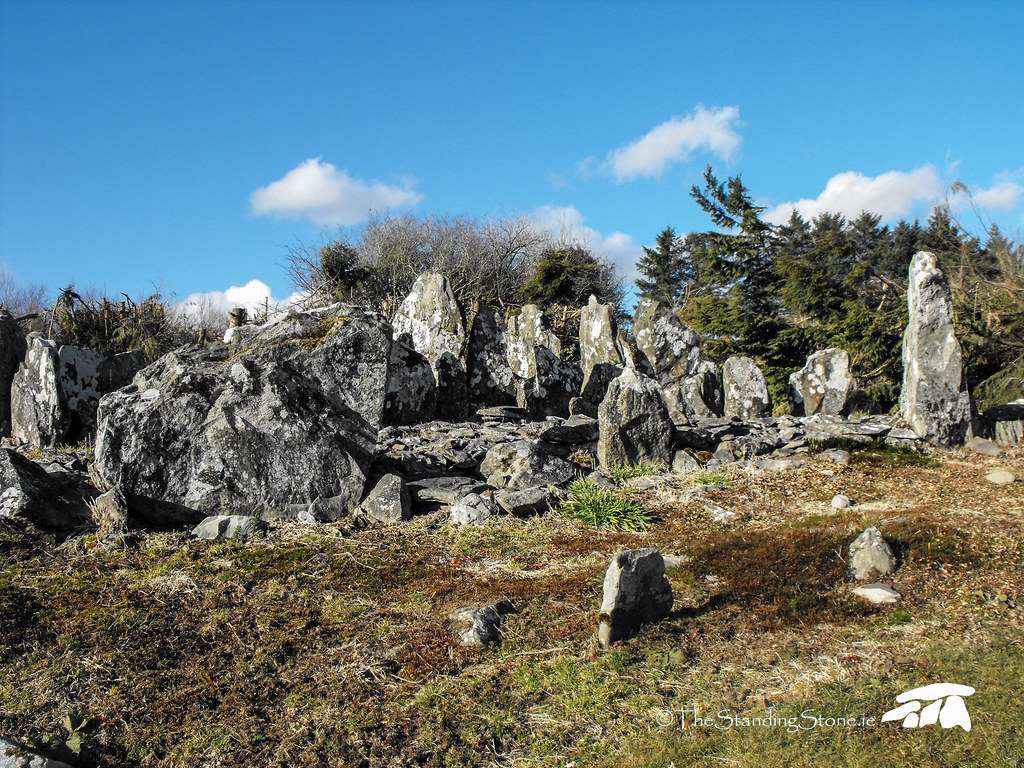 It can be a little hard to decipher what you are looking at as all we are left with is really the skeleton of the tomb. 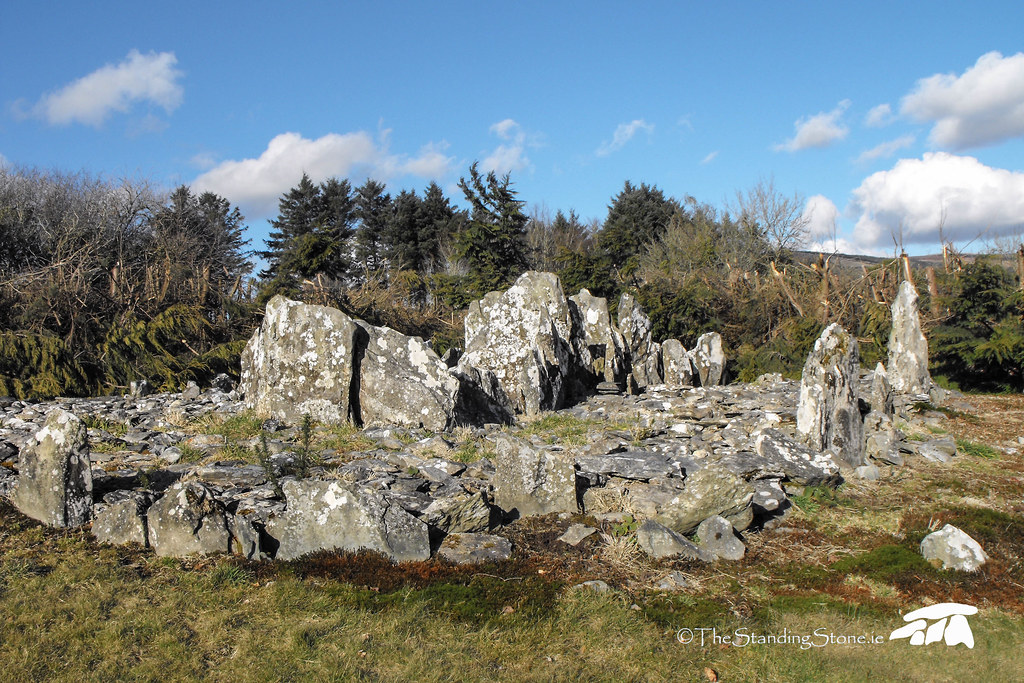 Looking at the rear of the tomb, which would have originally been covered with an earth and stone mound. 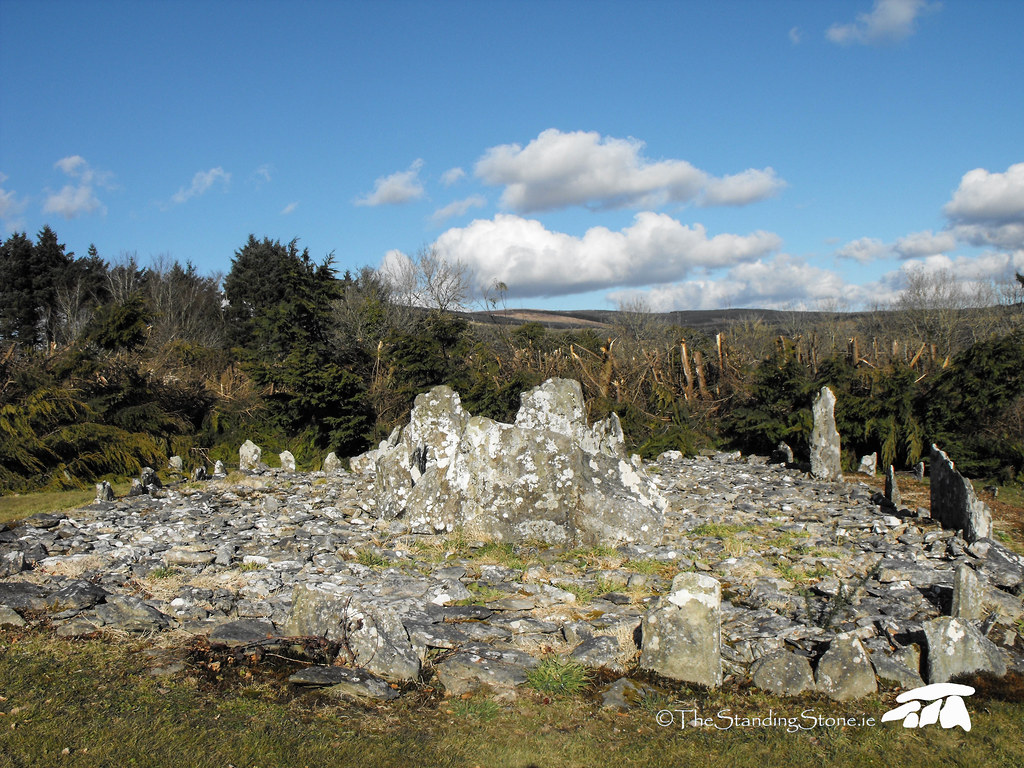 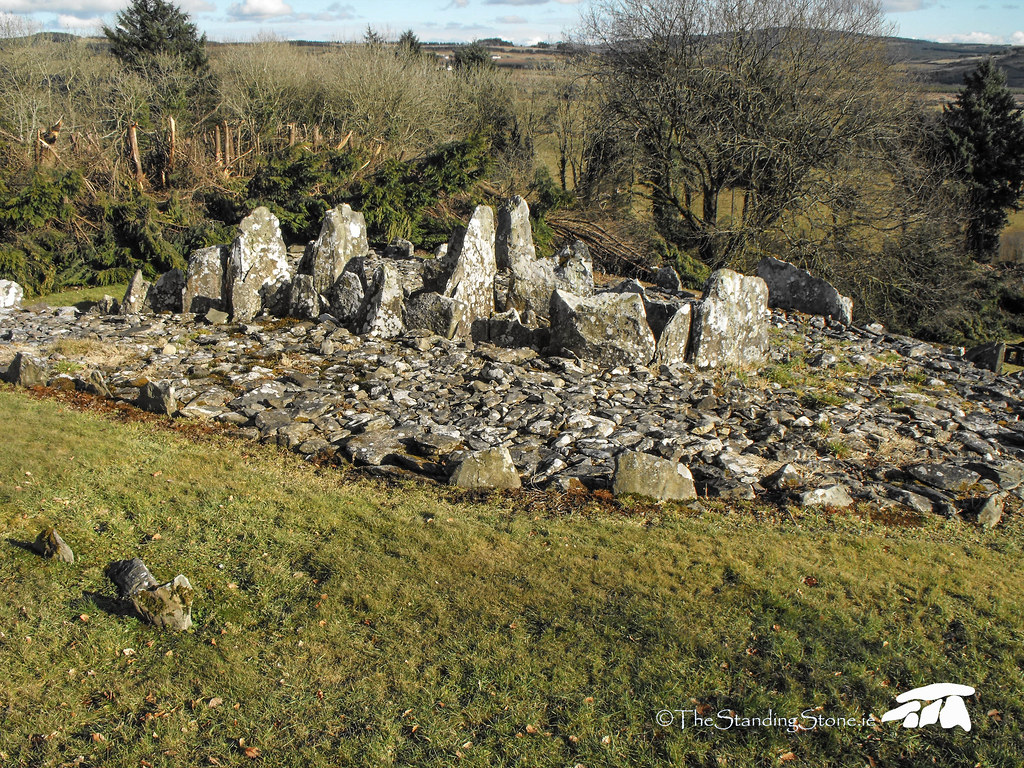 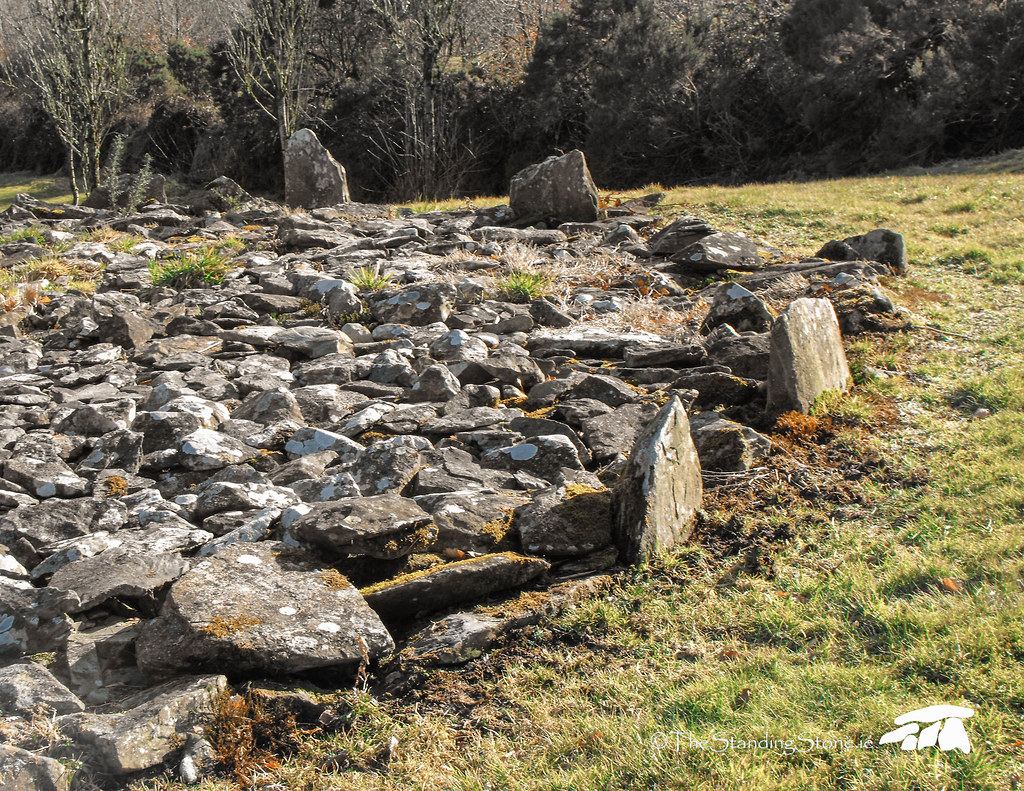 The remains of the cairn and kerb. 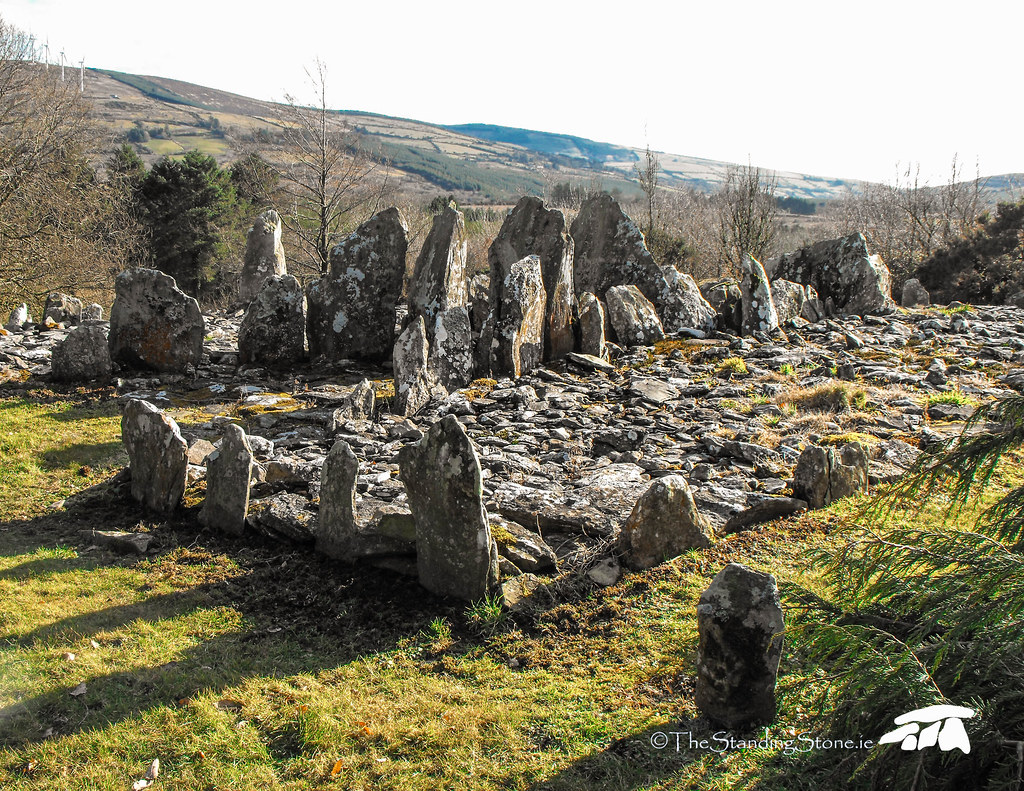 Moving to the front of the tomb. 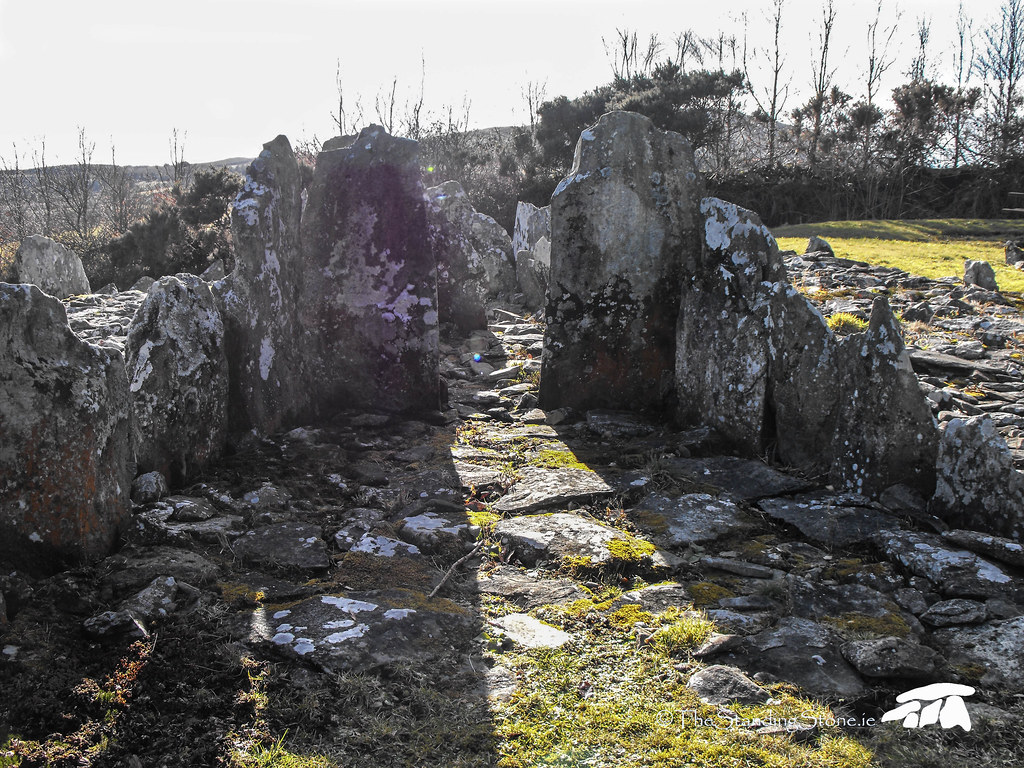 Looking at the entrance. 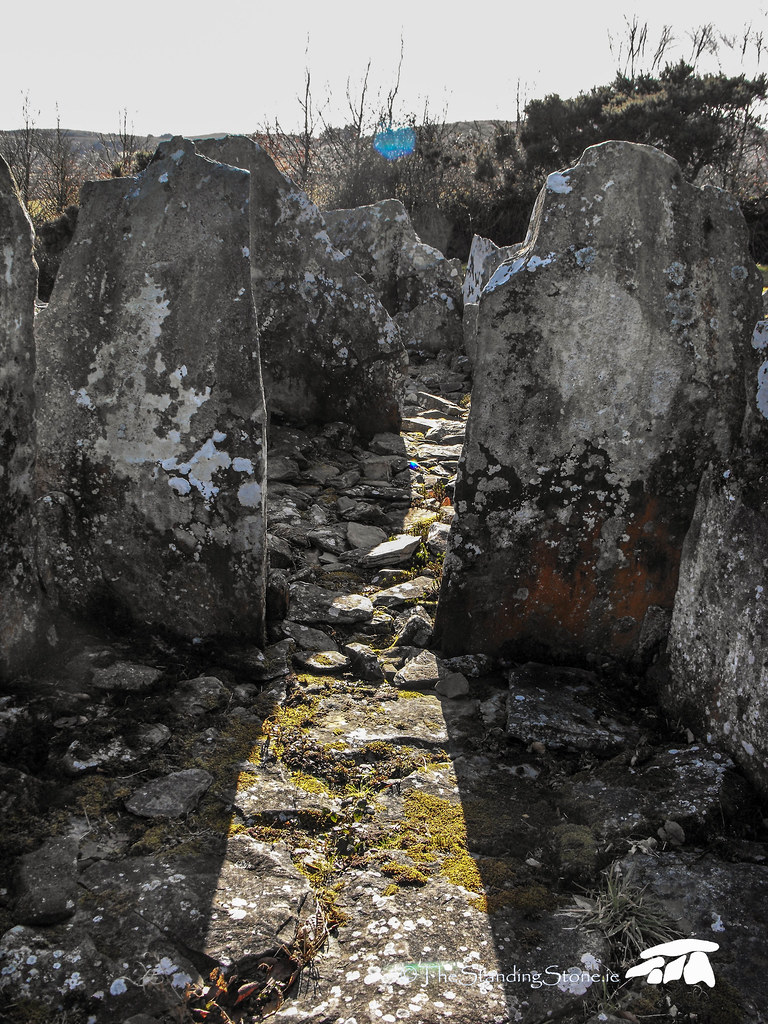 Looking into the chambers from the court. 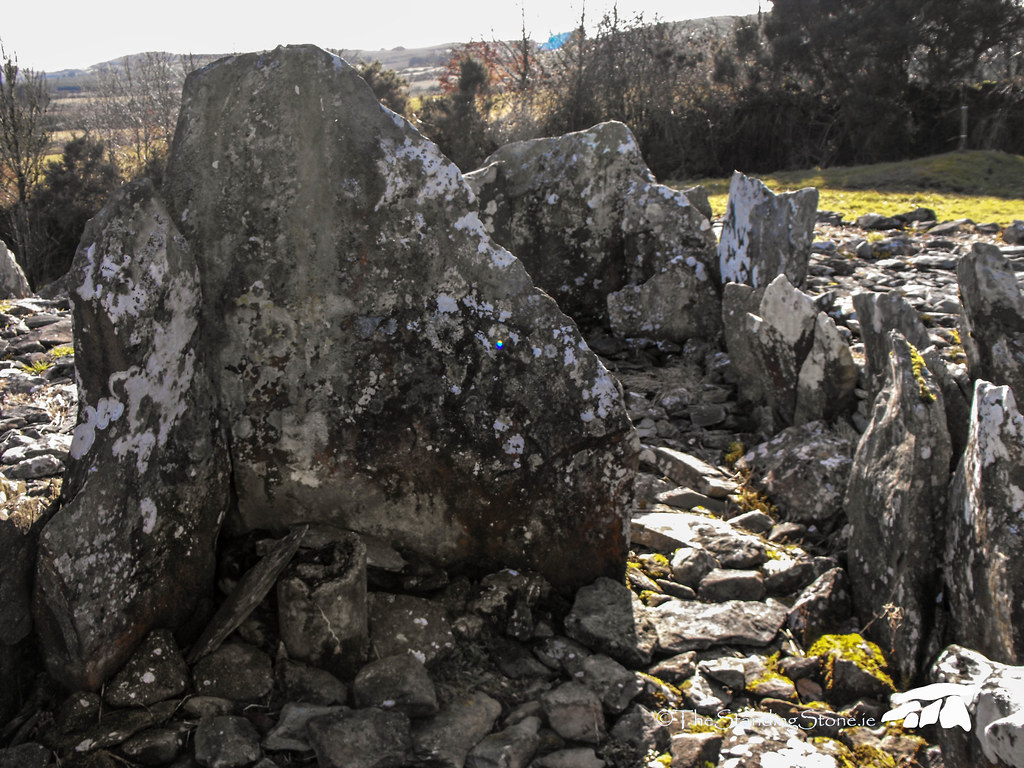 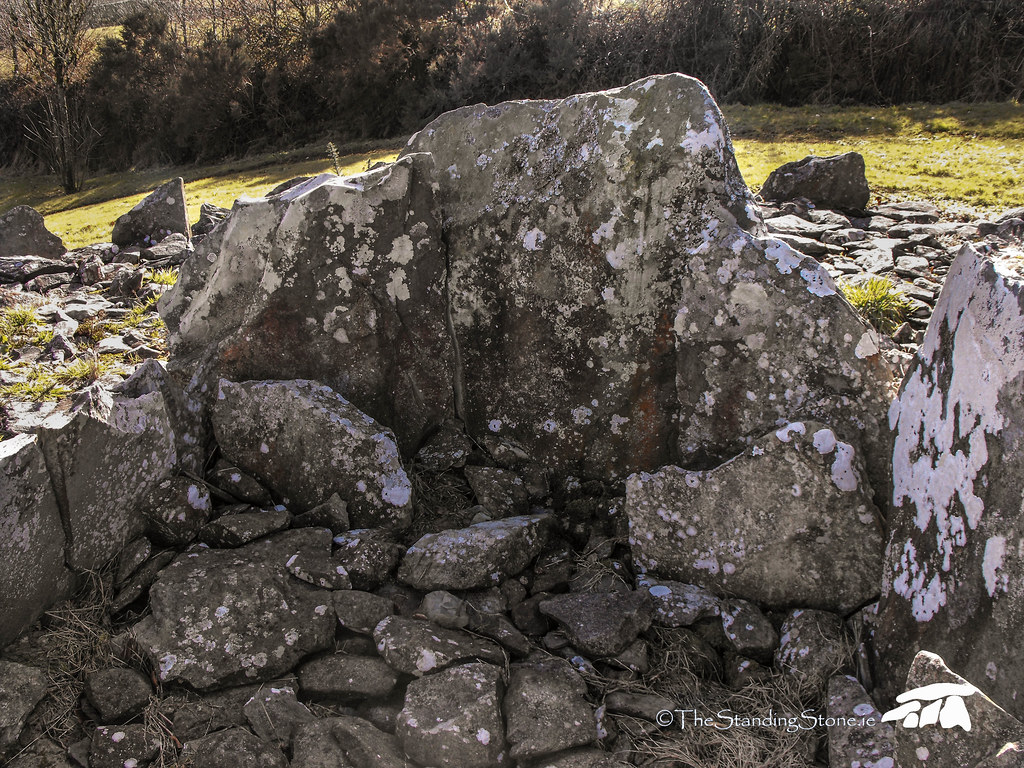 The rear of the second chamber. There are two non-functioning jambs at the base of these rear stones. 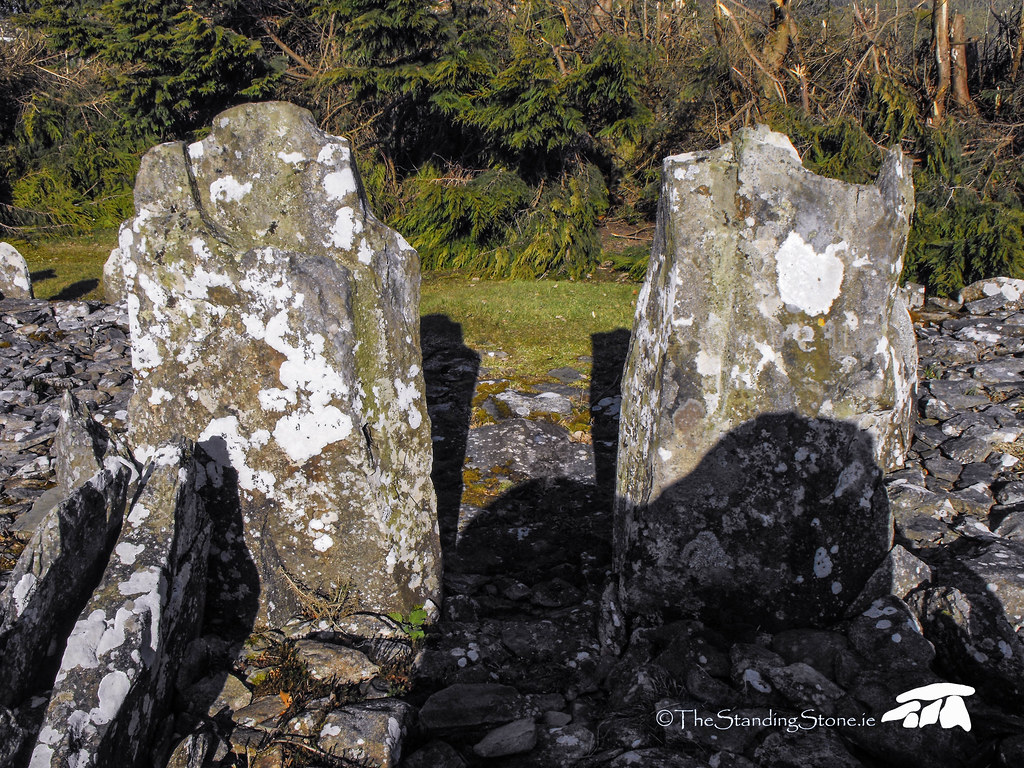 Looking out through the entrance. 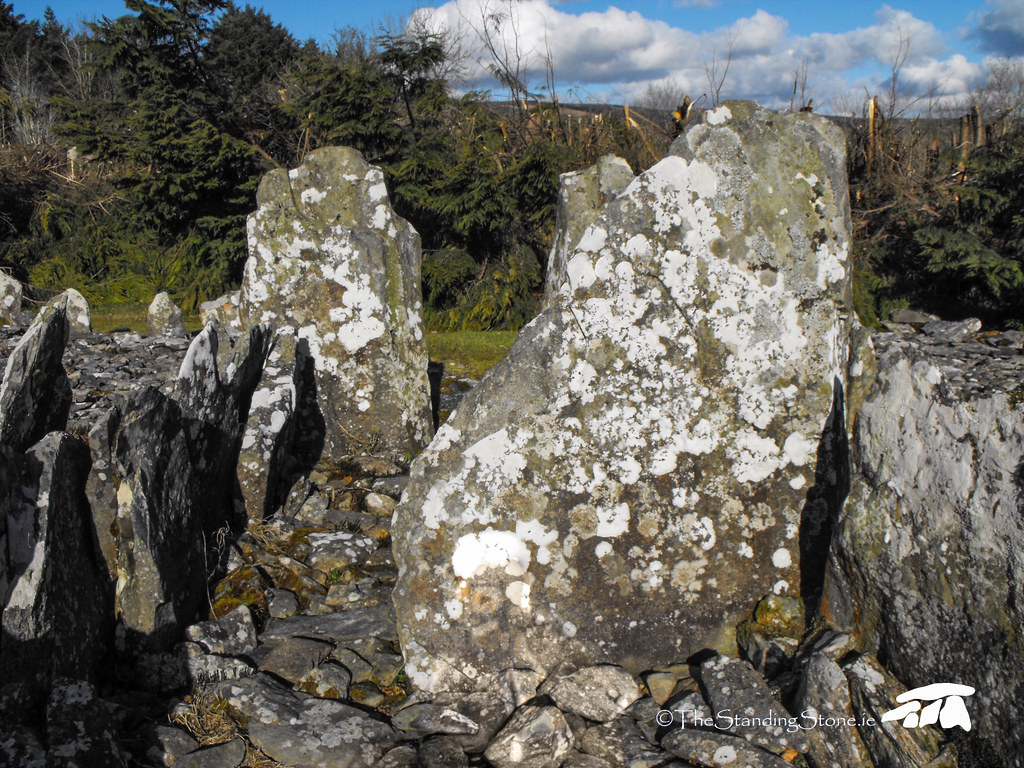 The jamb stones dividing the chambers.