Description and History – This site intrigues me somewhat because of the bullaun stone, assuming that it what it is.  The bullaun is not mentioned in the Archaeological Inventory for County Offaly and I can’t find mention of it anywhere so either it’s not a bullaun or I’m the first one to spot it.  Look at the picture below and you will see that it looks like a bullaun.  The reason for its being here is puzzling.  The nearest ecclesiastical site of only about 2m away so it is possible that it was brought from there.  Whatever the reason it is interesting and makes this site special.  However, the location of this site so close to Tullamore is a letdown.  The interior of the site is littered with broken glass and beer cans.  There is also a lot of graffiti both inside and out.  Its location right next to a modern housing estate and a railway line really emphasise that this castle had now been lost in time.  The world has moved on and the castle is slowly crumbling away as time passes.

The castle was built in 1588 by John Briscoe of Crofton Hall, Cumberland.  It was four storeys high and measures about 7.5m x 9.8m.  It is about 20m high. This castle is highly defended and has a prominent base batter, two bartizans (one is now destroyed), machicolation and many gun loops.  The spiral stairs is now destroyed with only about ten steps at ground level.  They are still in place above the third story but these cannot be accessed.  Partial remains of doorways survive on the spiral staircase which would have led into the now missing rooms.  Inaccessible mural chambers survive on every floor and a fireplace and garderobe can still be seen.  The beginnings of a barrel vault in the second floor can still be seen.  The entrance to the castle is on the W wall.  Also on the W wall are the remains of a later house that was built onto the side of the castle.  A fireplace still survives in this later house – although there is some spray paint on it now.

The bullaun is about 1.5m long and has two large depressions in it.  It is located near the W wall of the castle next to the remains of the later house.

Difficulty – Easy to find along the canal but you have to duck under some barbed wire to get access to the field so be careful. Also there is a lot of broken glass and litter at the site.  This may not be a site to take small children to. 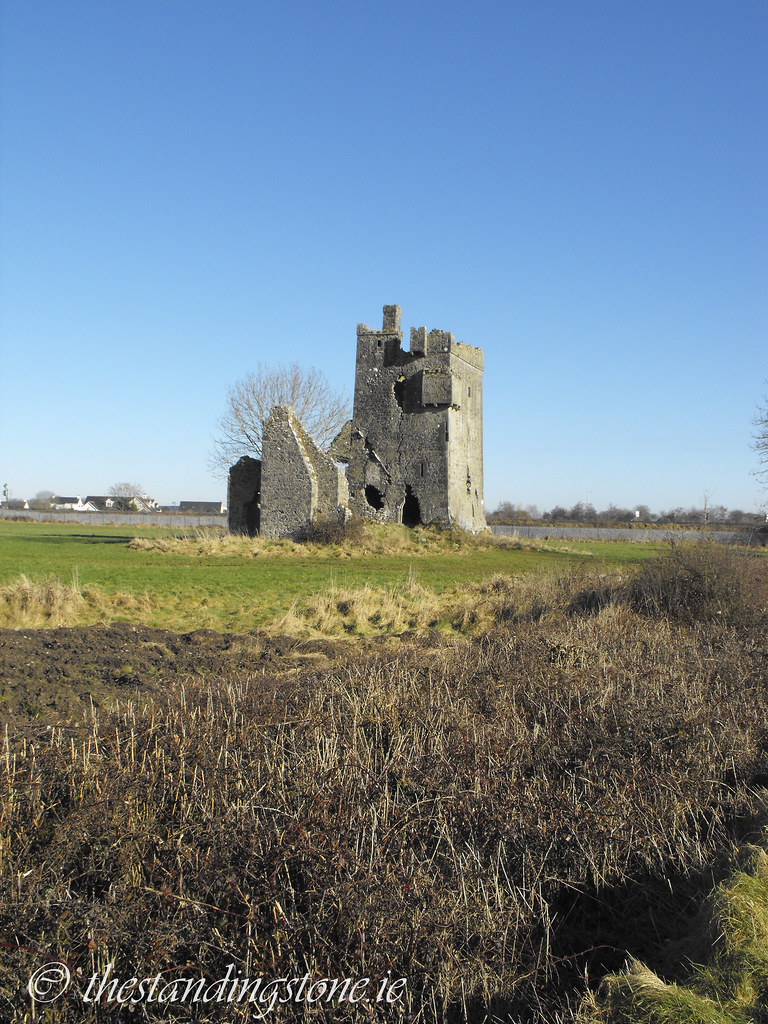 The castle as viewed from the canal. 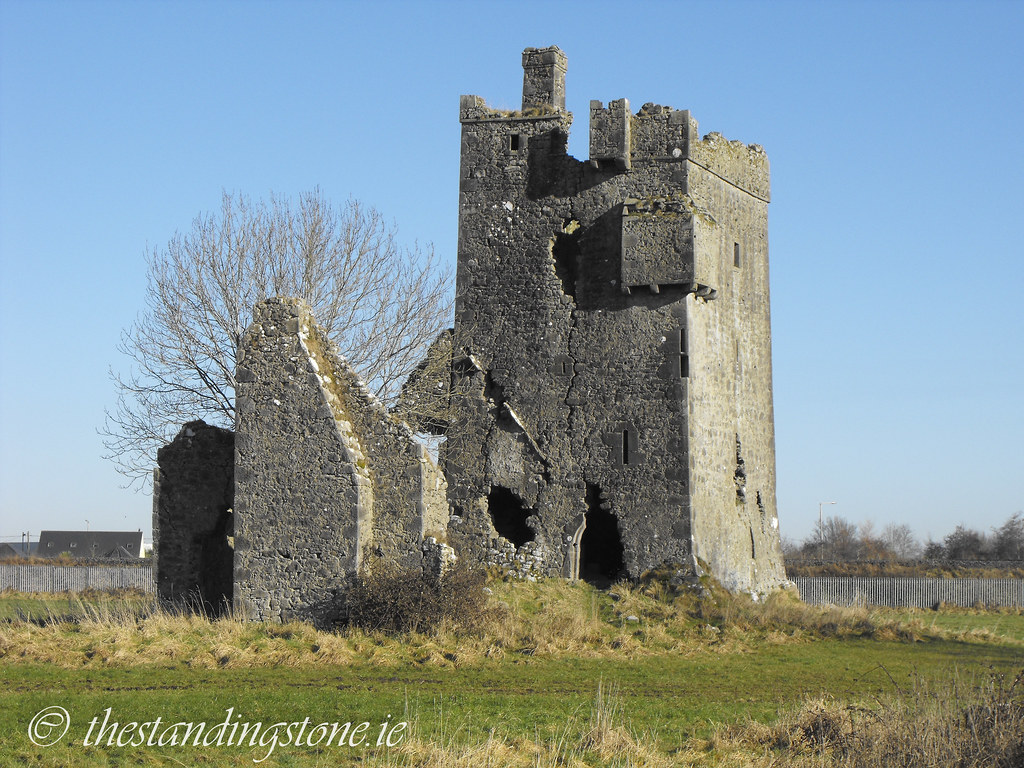 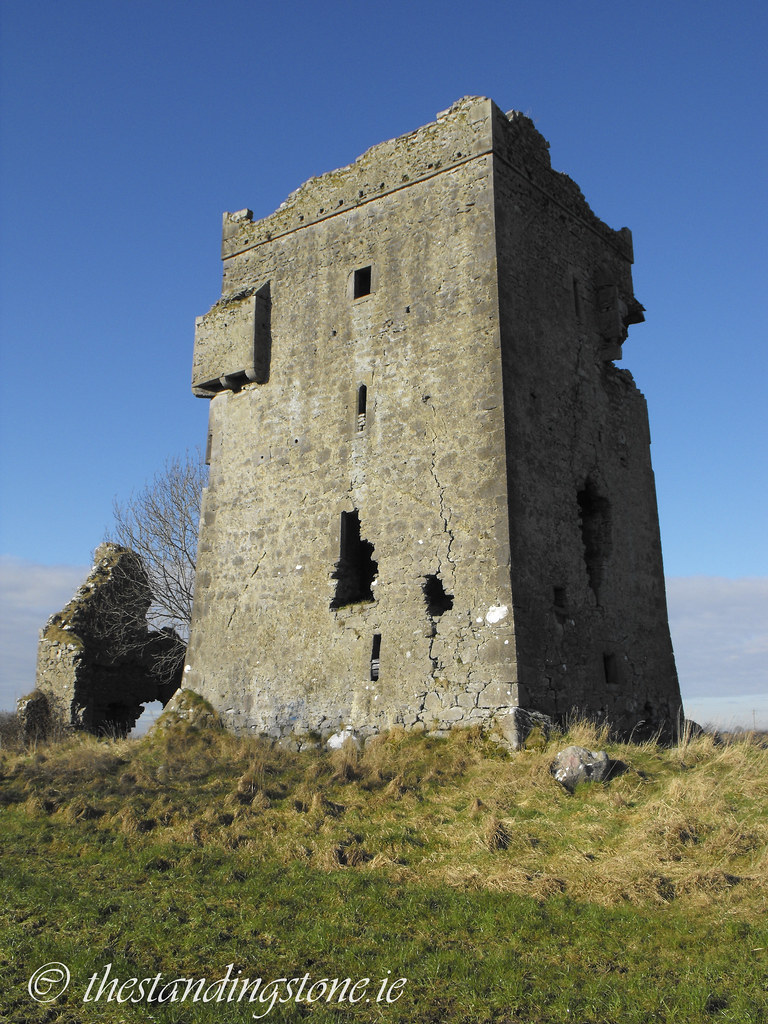 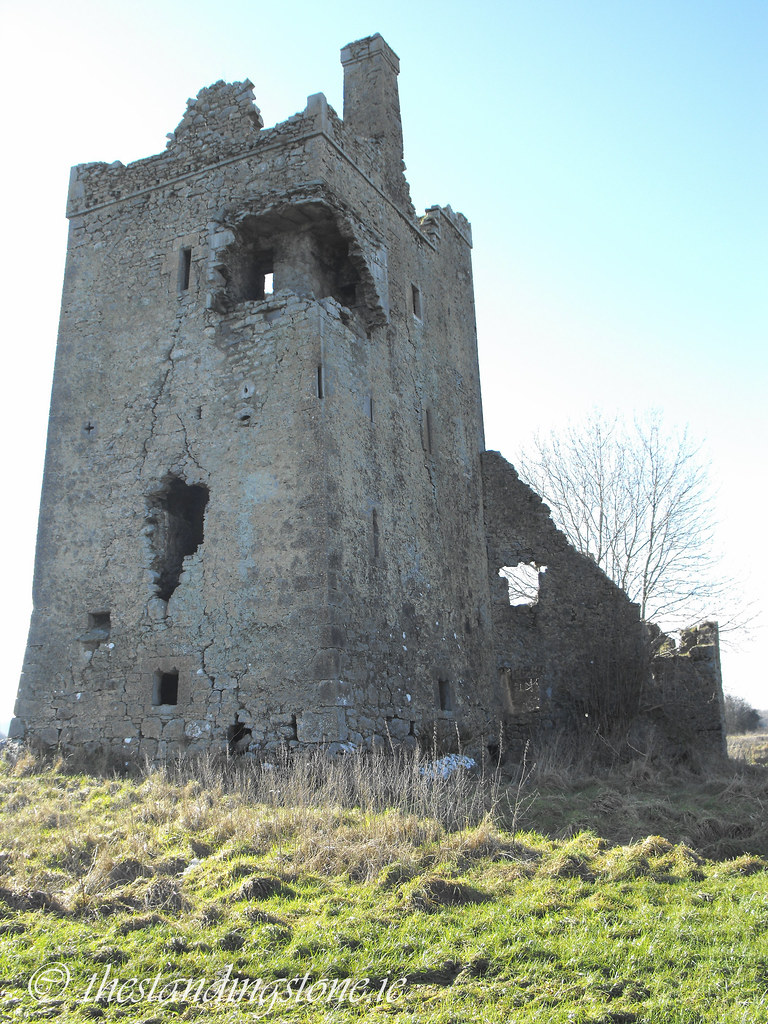 Note the missing bartizan in this shot. 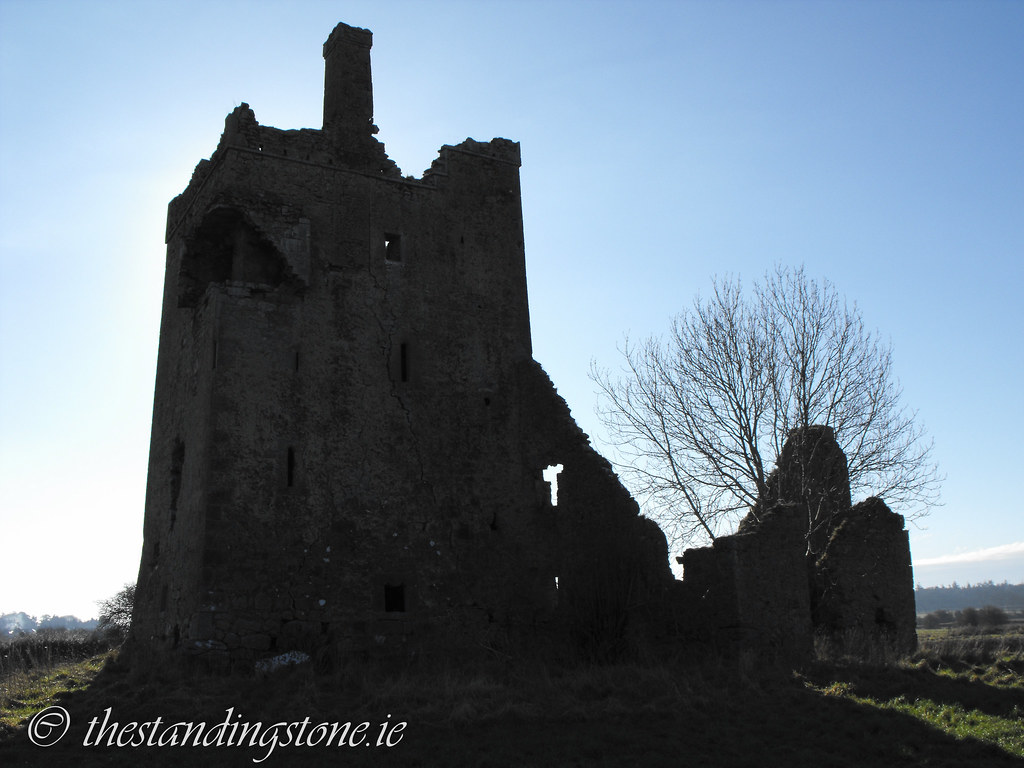 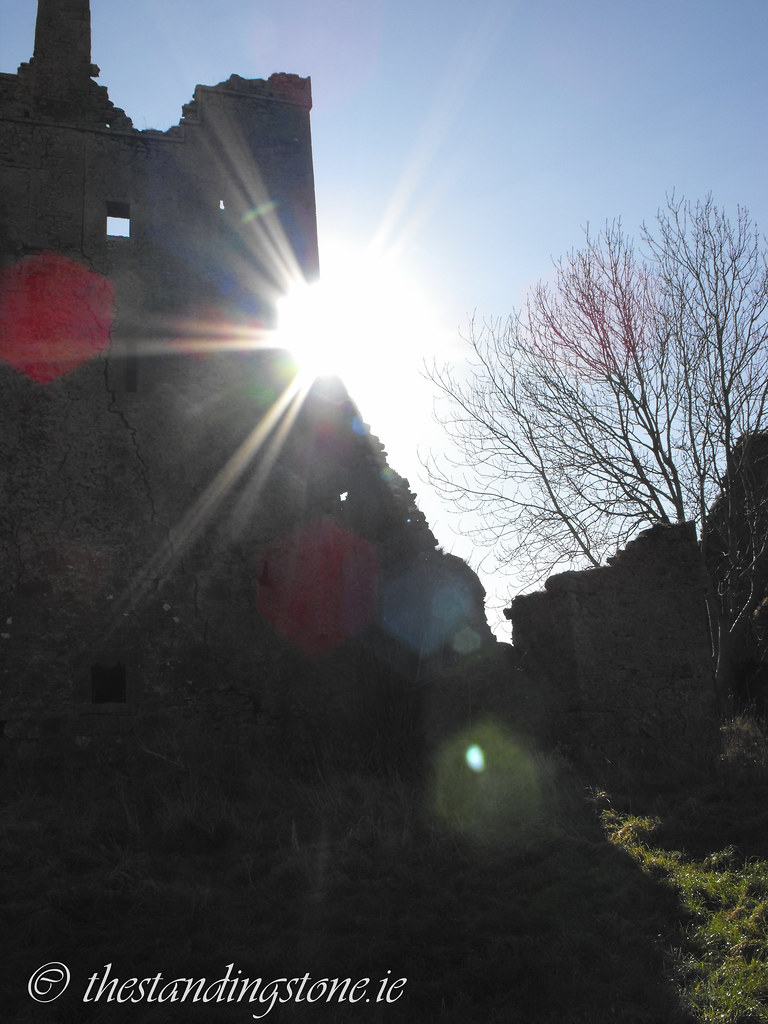 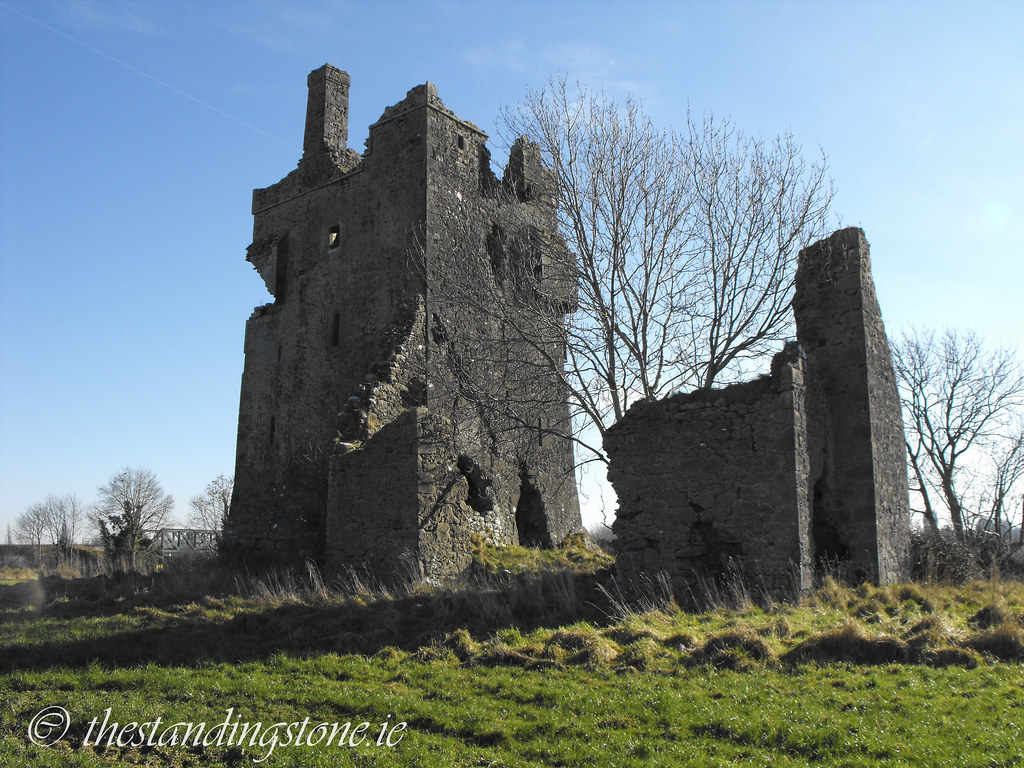 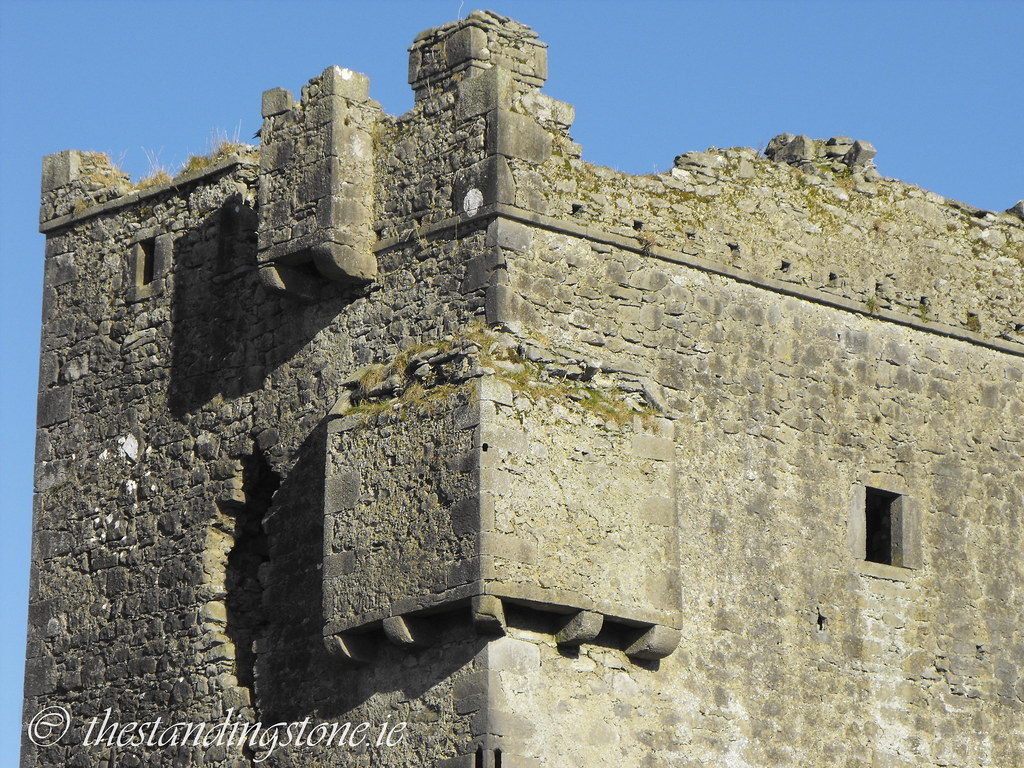 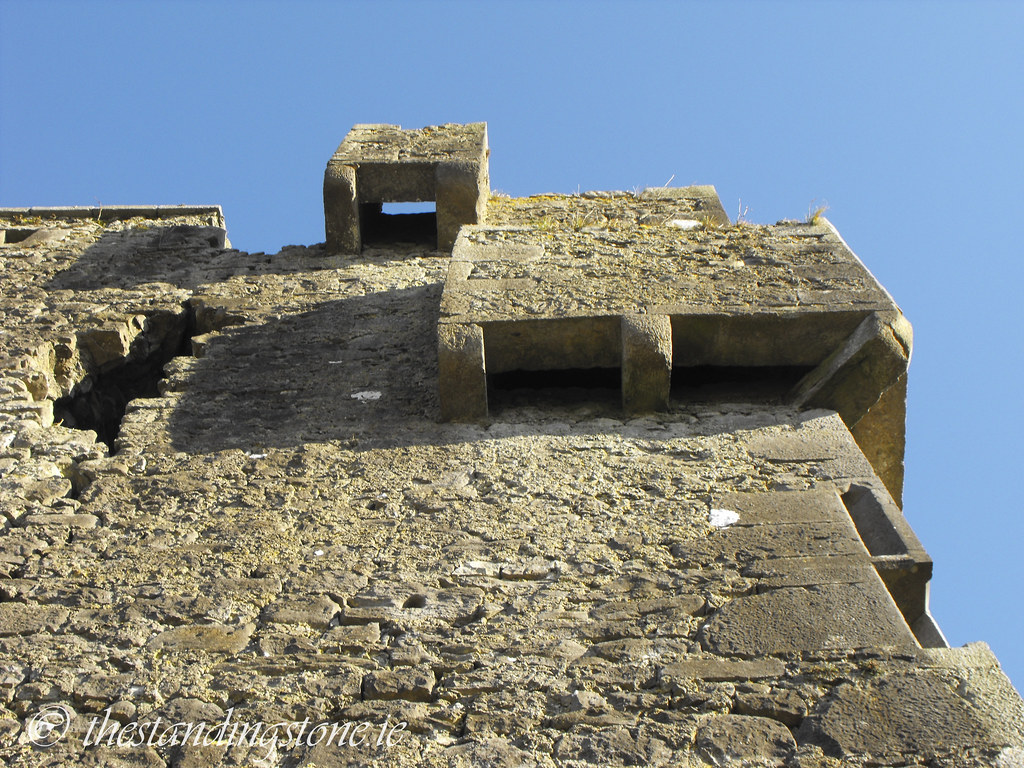 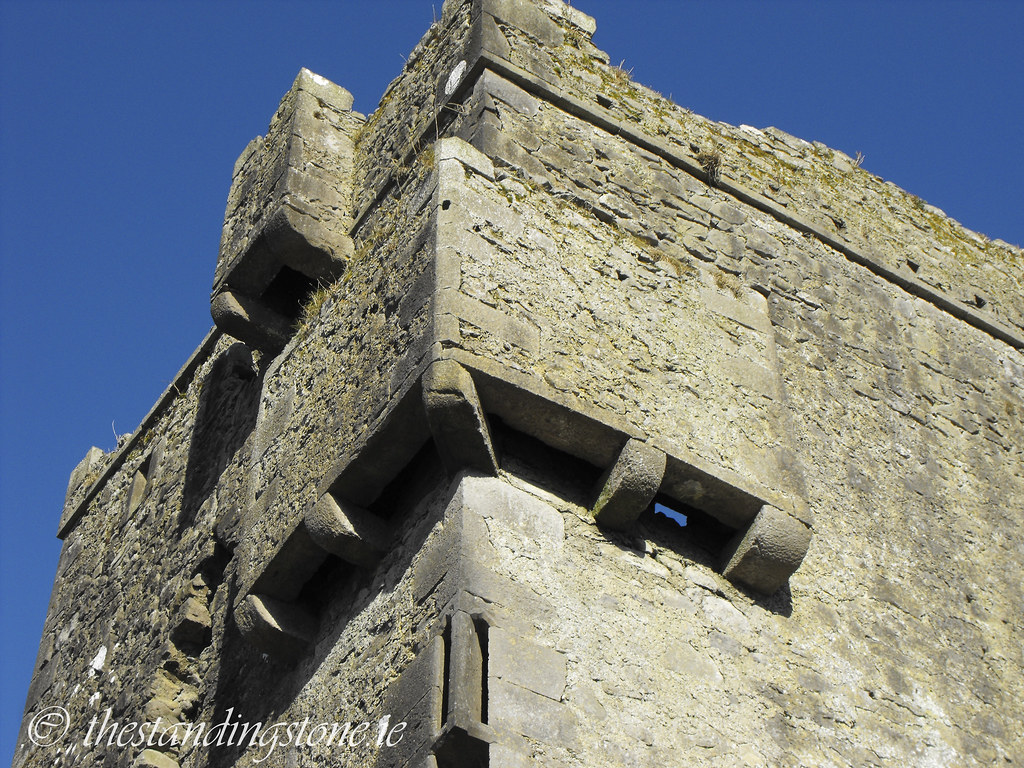 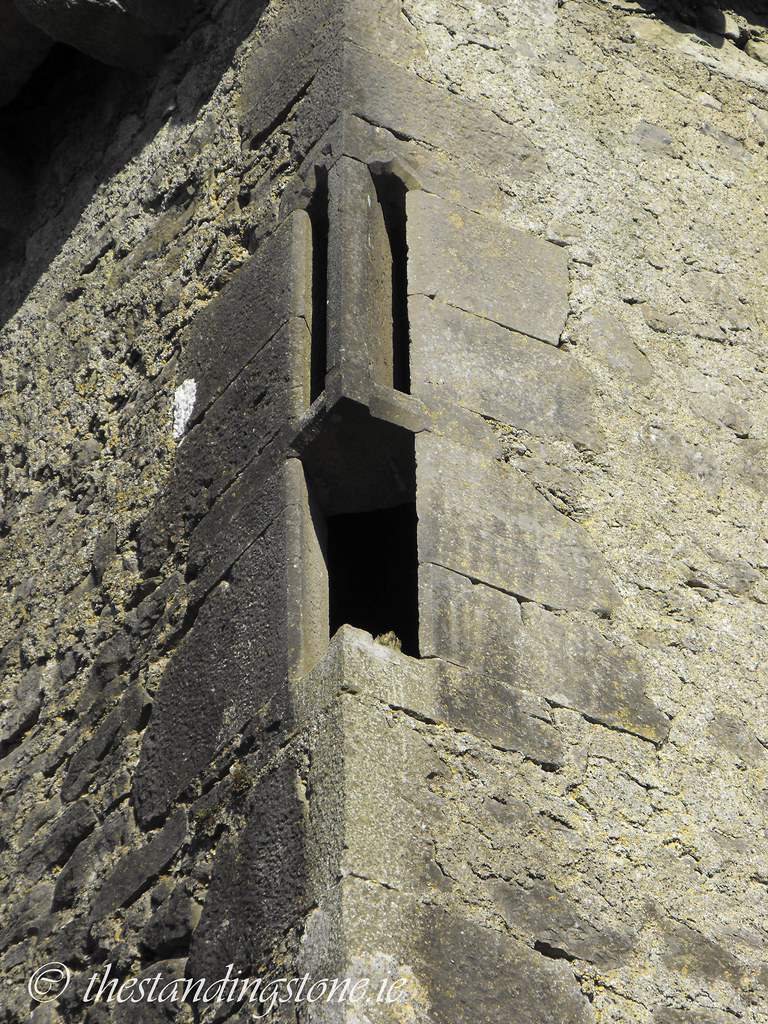 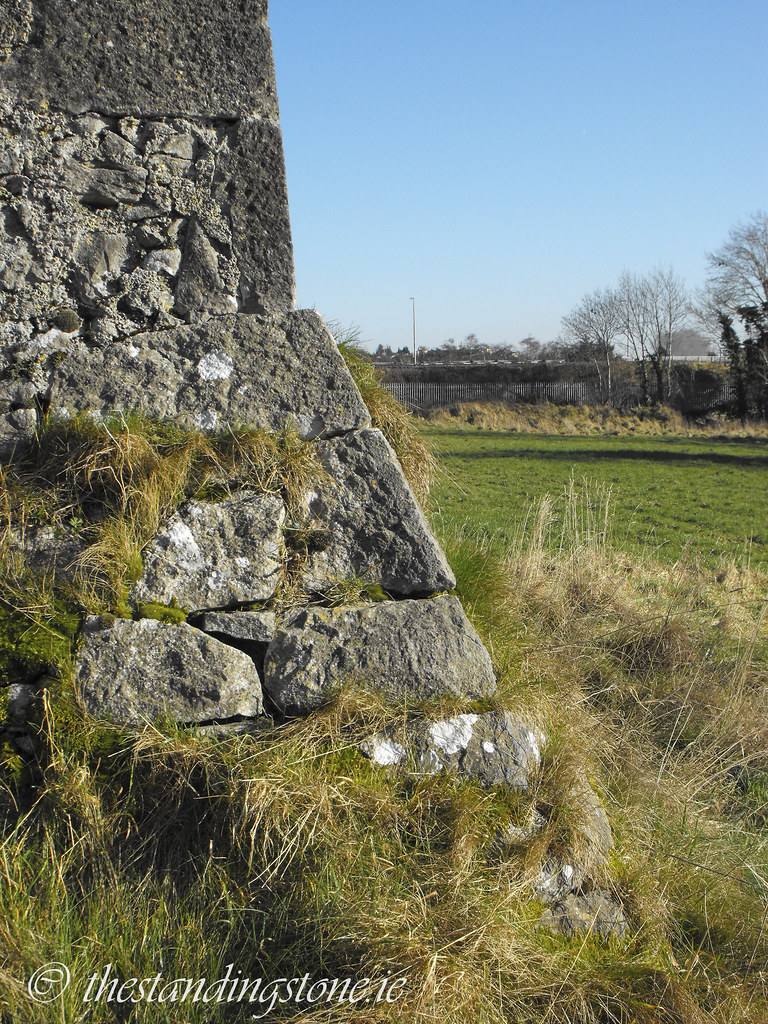 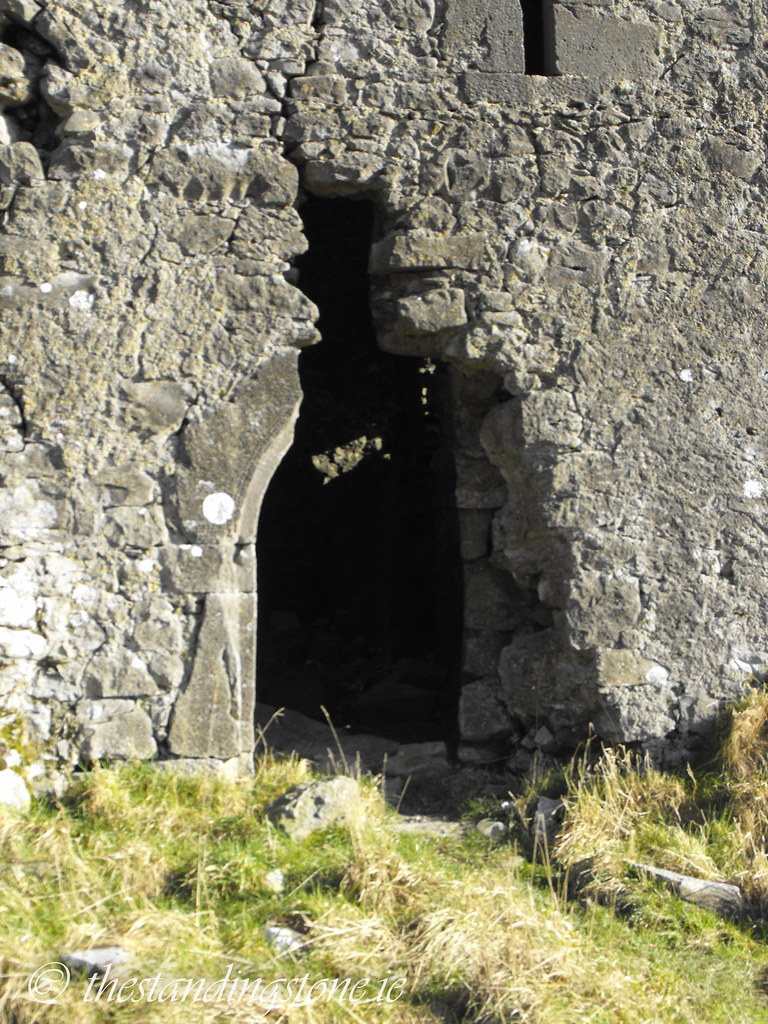 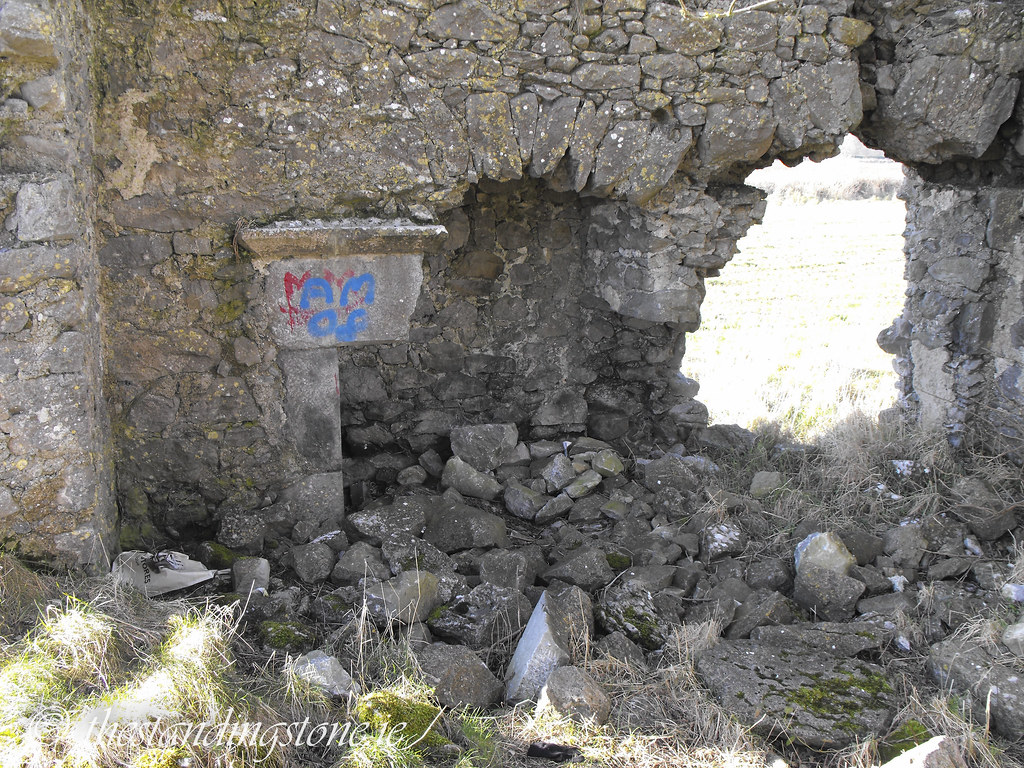 Fireplace in the attached house.  It is a shame about the graffiti. 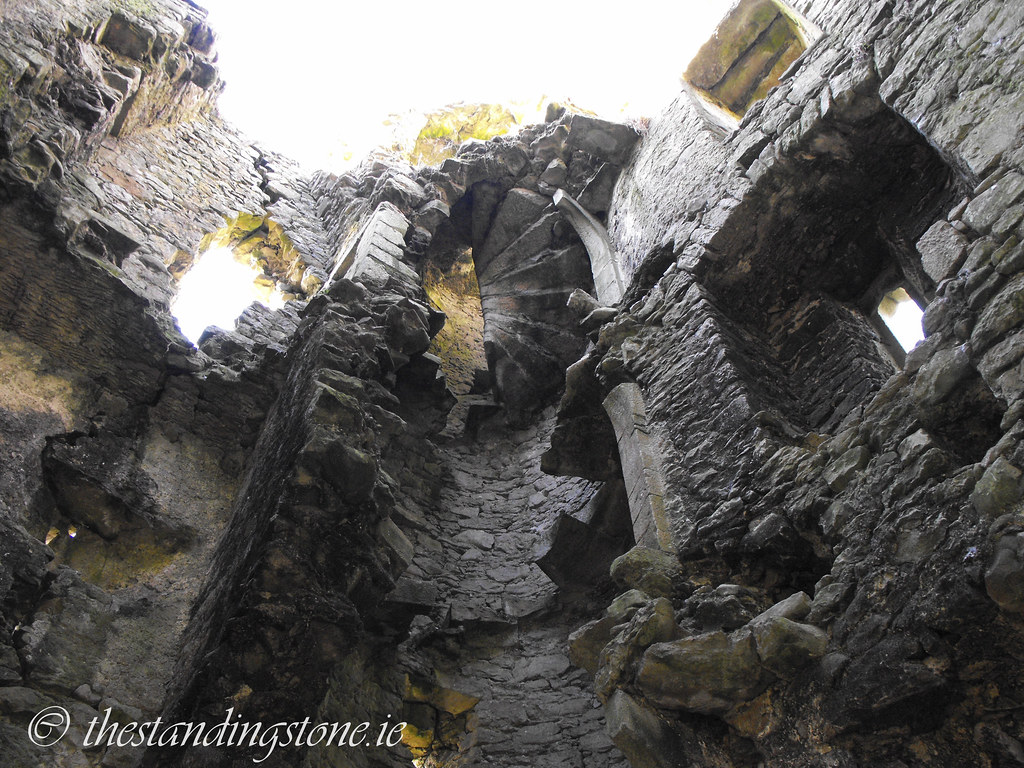 Stood in the castle looking up. 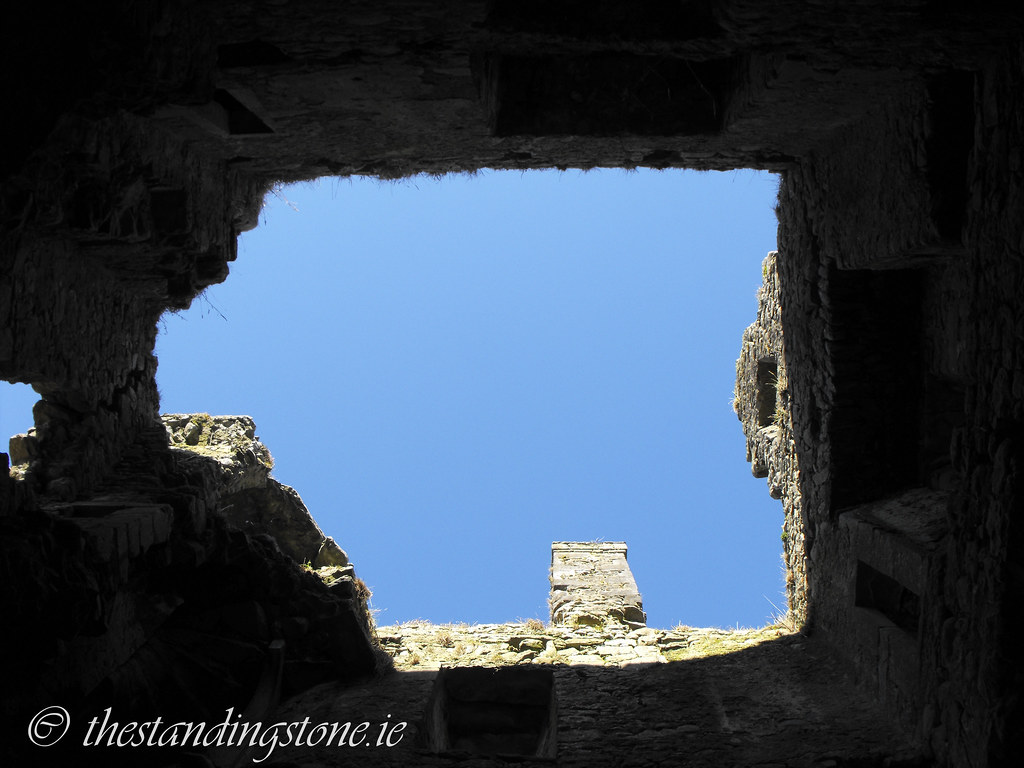 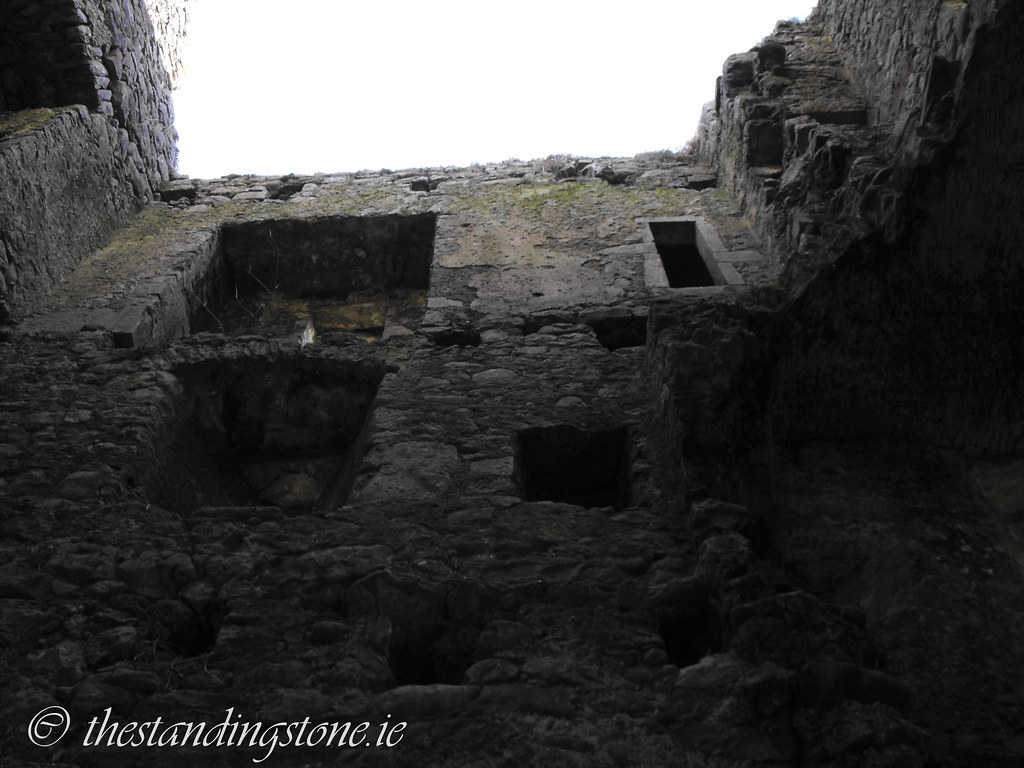 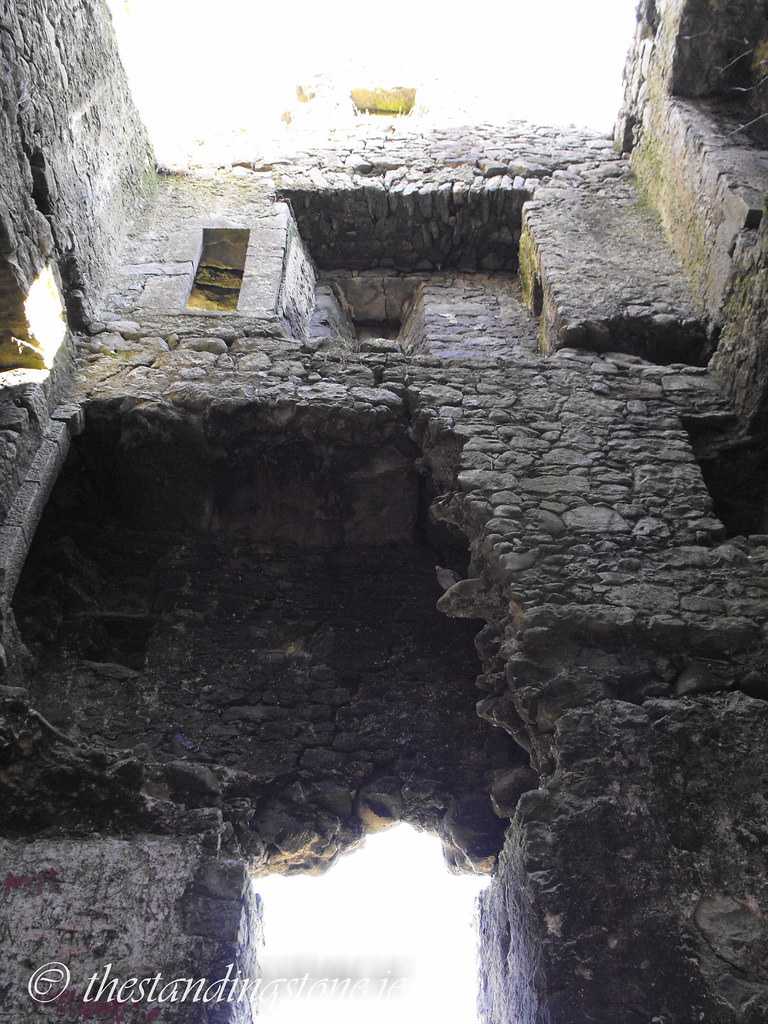 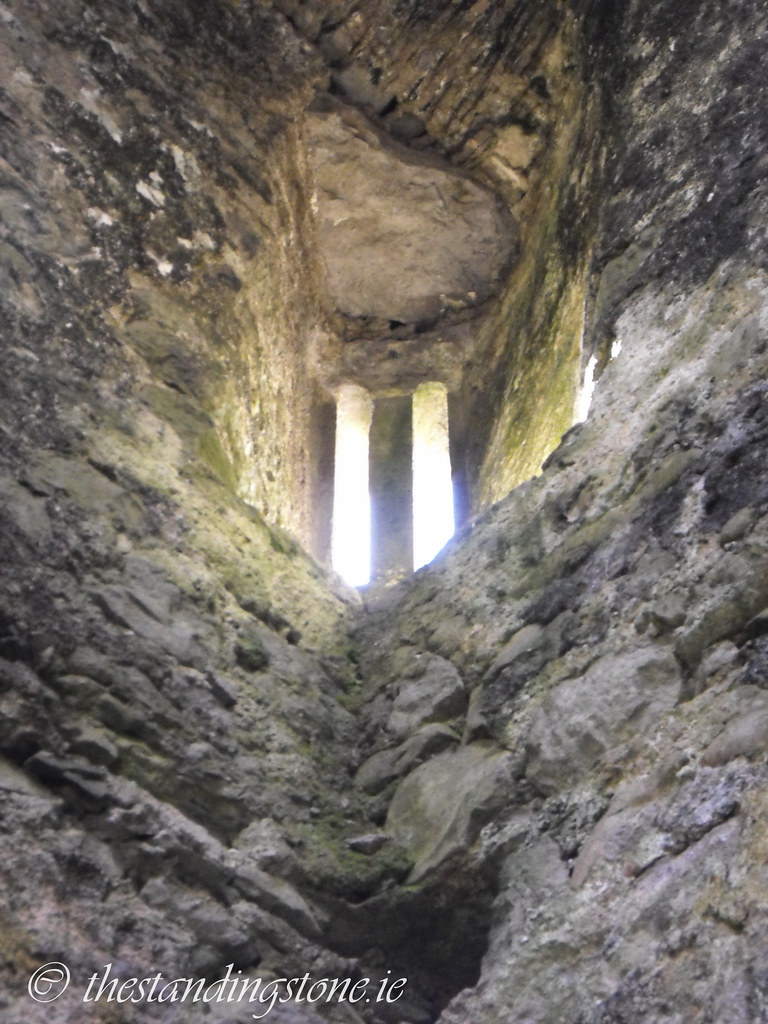 Gun loops from the inside. 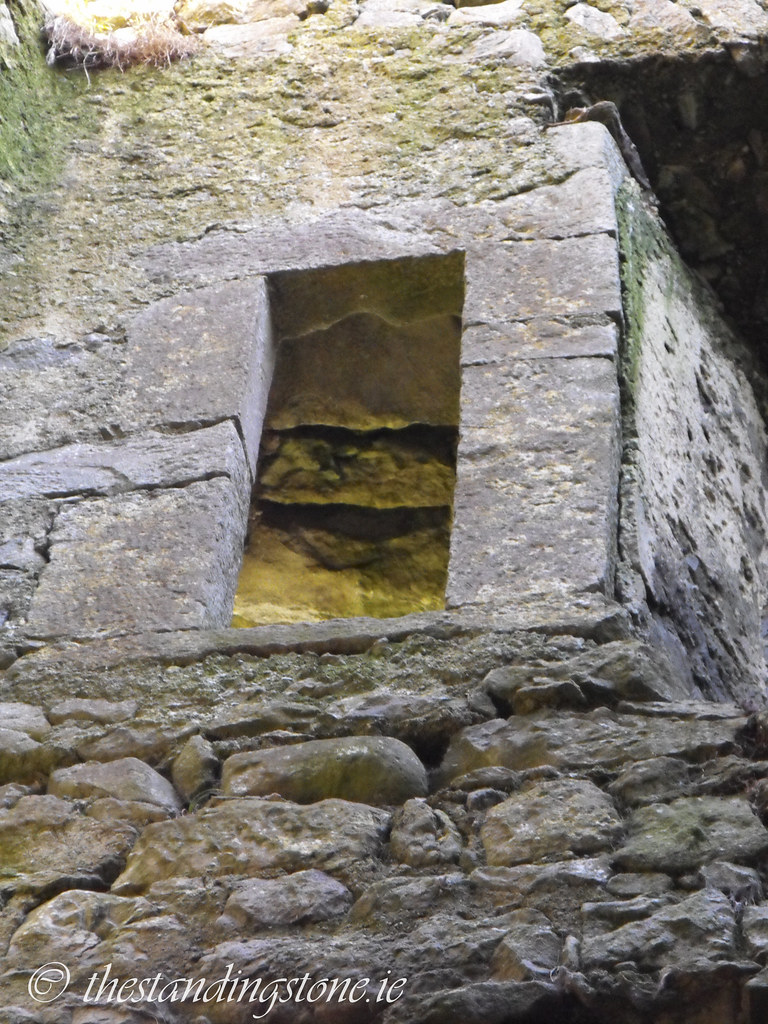 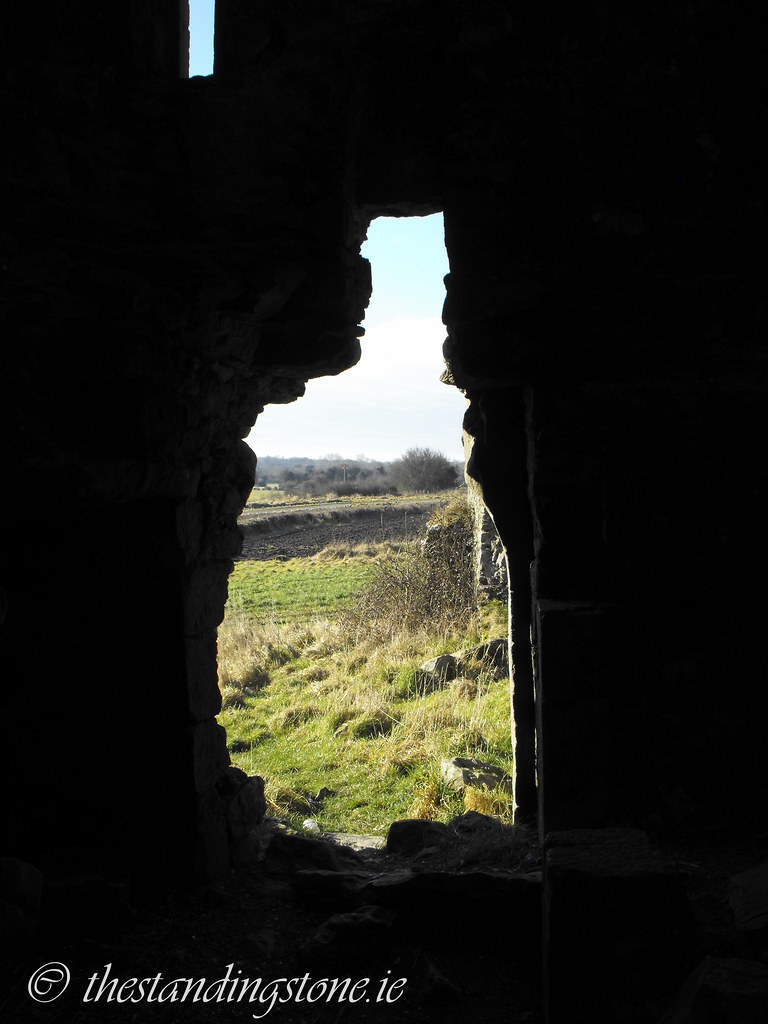 Looking out of the doorway. 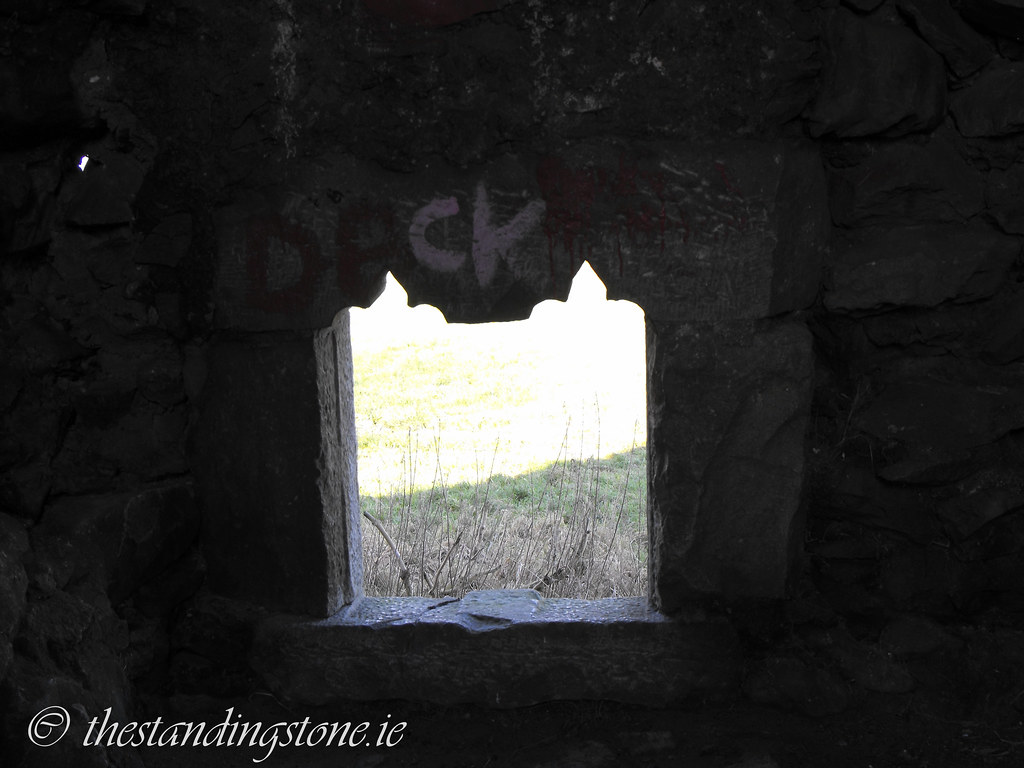 This window is later to the castle and does not match the narrow slits elsewhere.  I can only assume this was added in less threatening times. It looks as if it might have been quite nice but the graffiti really detracts from it. 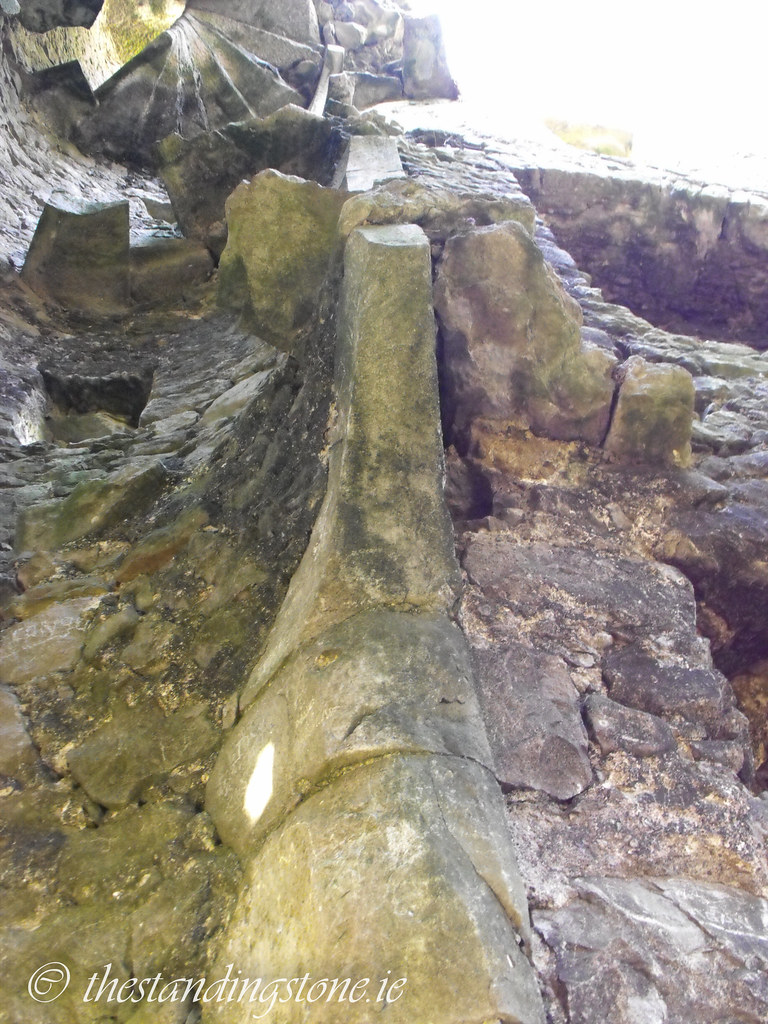 You can see that the spiral stairs survive further up the structure.  Even if I could get up there I wouldn't trust them. 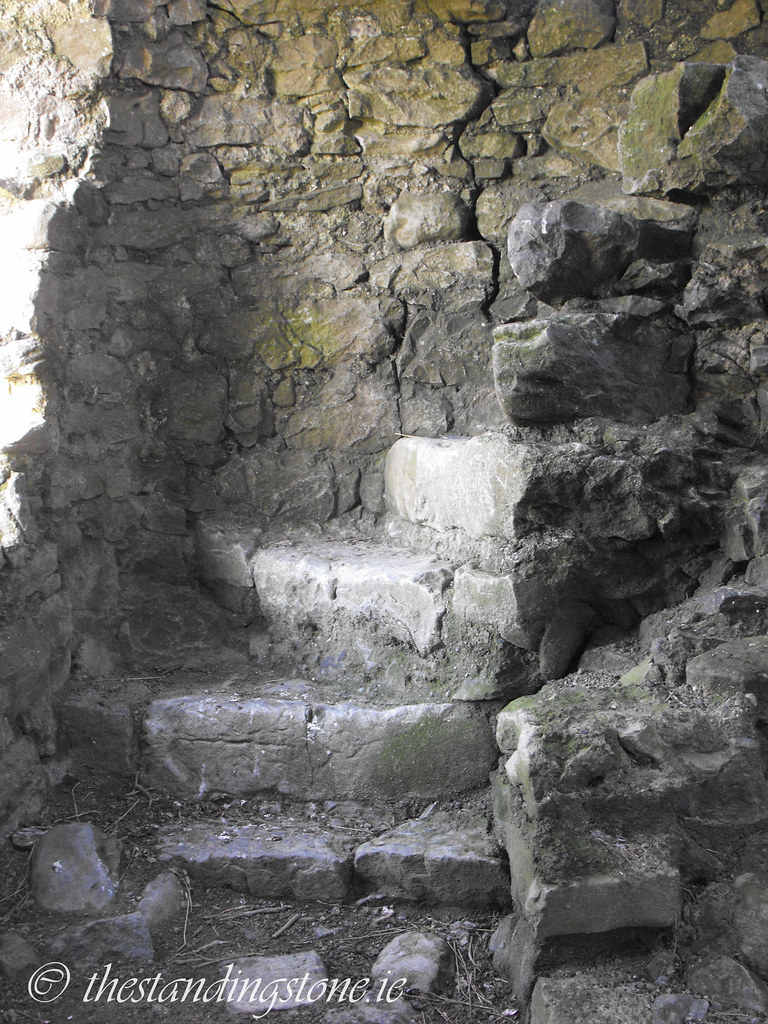 The remains of the spiral stairs at the bottom. 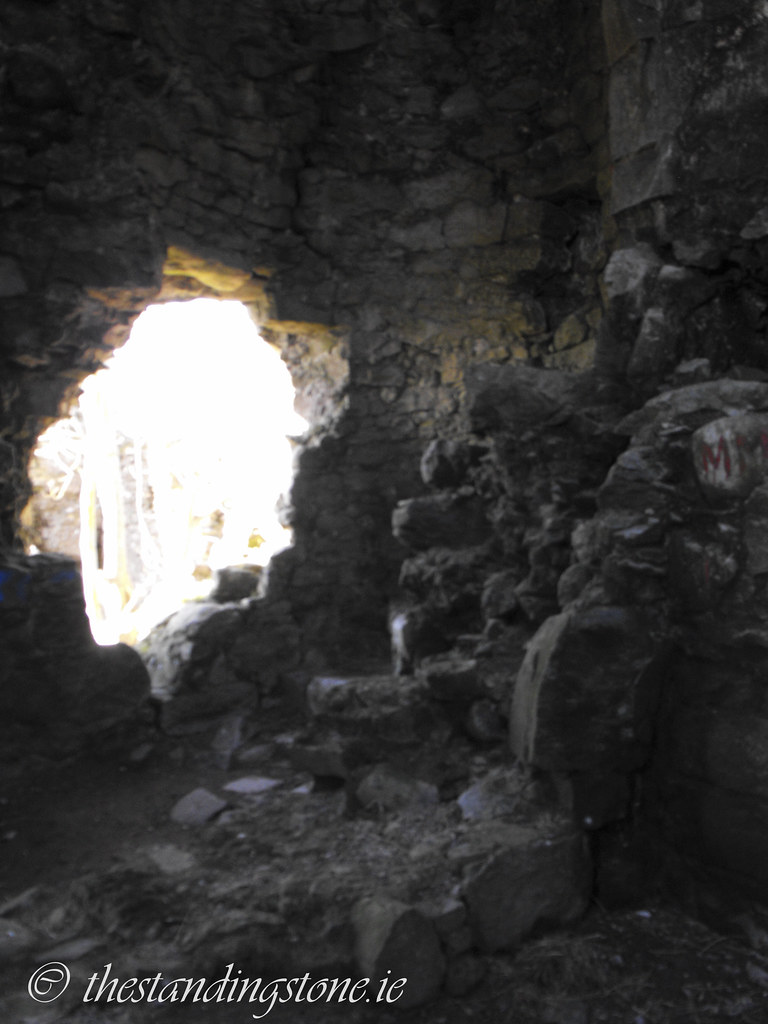 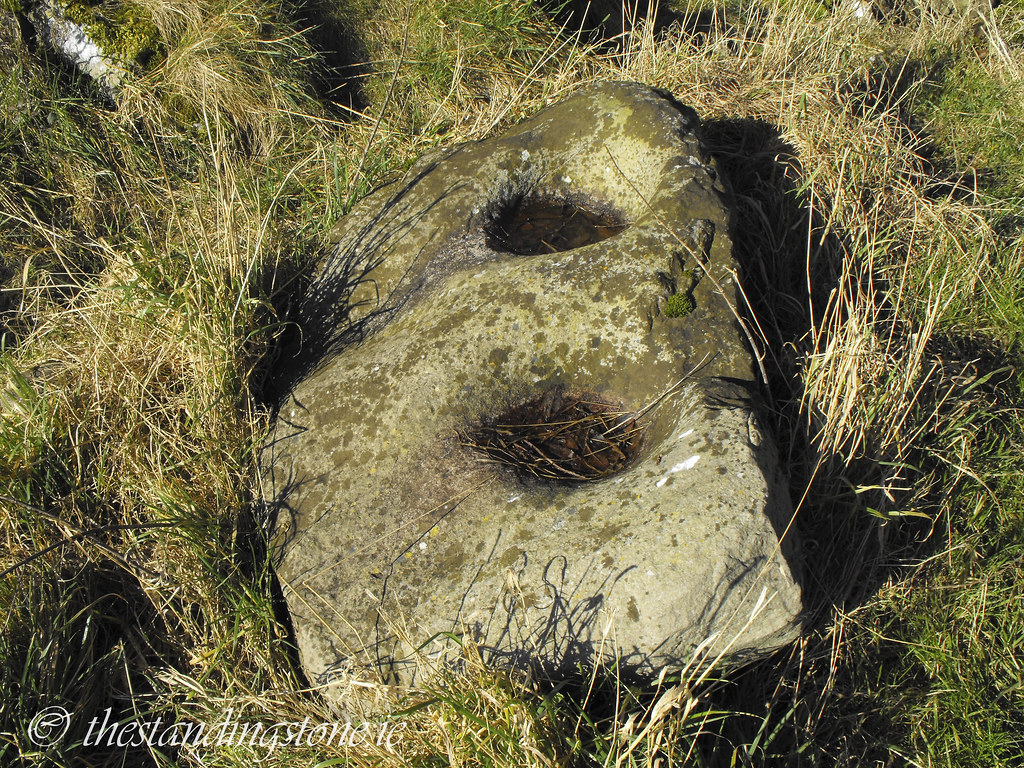 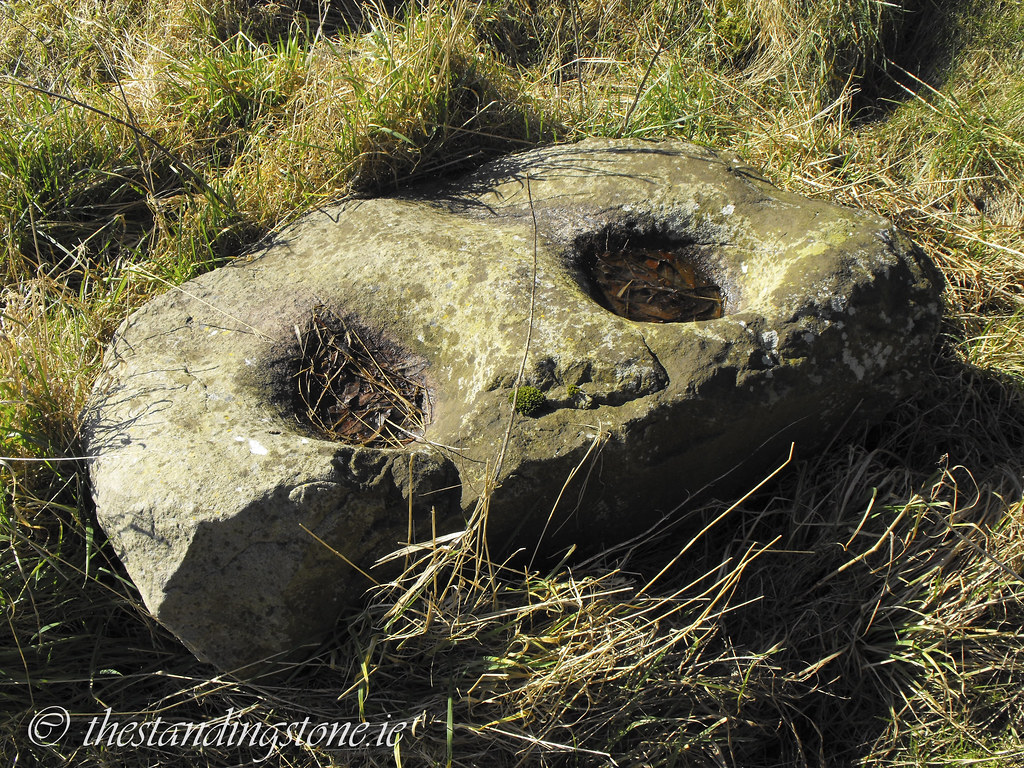