Hall house - Medieval castle usually two storeys high with the first level used for storage and the second as a grand hall used for entertainment and meetings.  These were not used as residences. 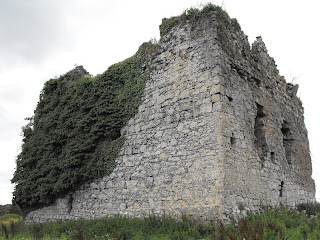 Hanging eye - A hanging eye is a projecting stone with a socket to accommodate the upper hinge of a door.

Henge - Neolithic/Bronze Age earthwork.  Circular or oval in shape and often associated with standing stones and stone circles. These may have served a ritual purpose. 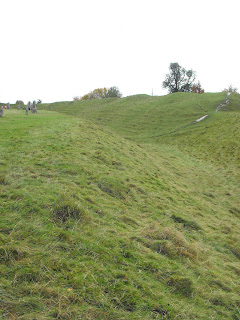 Part of the bank and ditch of a henge. 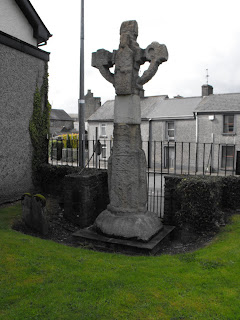 Holy well – A natural well or spring that is believed to be holy or to have some kind of magical power (often healing powers).  Many of these sites are pre-Christian in origin but continued to be used after the introduction of Christianity and became identified with saints. 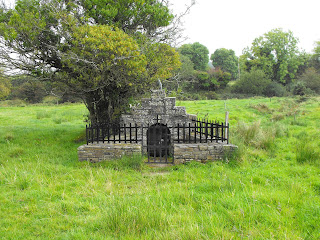 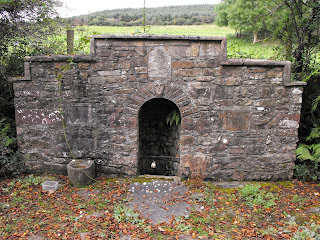