Location – Located in the centre of Clane alongside Main Street (R407), and is clearly visible from the road.

Description and History – This Franciscan friary was founded in 1258 by Gerald Fitzmaurice, the 4th Baron of Offaly. The Franciscan seal for Clane friary refer to it as Hortus Angelorum which translates as the ‘garden of the angels’. A General Chapter of the Irish Franciscans was held here in 1345, and in 1433 indulgences were granted to raise funds for the repair of the structure. During the dissolution of the monasteries in 1540, large sections of the building were removed, and the stone used in Maynooth to repair the castle. However, monks continued at the site until 1647 and guardians were still appointed up until 1872. Mass is still said here every year.

What remains are portions of the north, south, and east walls of a long nave and chancel church some 26m in length, and only 6.5m in width. These remains date the original 13th century foundation. Parts of a 15th century aisle also remain which would have widened the original structure. Traces of lancet style windows can be seen throughout, and traces of what was likely a sedilia can be seen in the chancel area. The remains of a 13th century effigy can also be seen in a niche on the south wall of the chancel. It was previously listed as being on the north wall, but must have been moved in recent years. This is likely the effigy of the friary’s founder, Gerald Fitzmaurice - only the torso remains.

In 1999 test trenches were excavated, and several buildings, wall and burials associated with the site were discovered. Interestingly a tunnel was found near the SE portion of the structure running SW for nearly 9m. It had an arched roof, and possibly led to a souterrain chamber used for storage or hiding. It had been previously disturbed by a modern sewerage pipe. Medieval pottery, tiles, and even decorated floor tiles were found.

This is an interesting site, although the remains are rather poorly preserved, but its fascinating history and interesting archaeological finds make Clane Friary a significant piece of heritage.

Difficulty –  Very easy to find and navigate with parking right next to it. 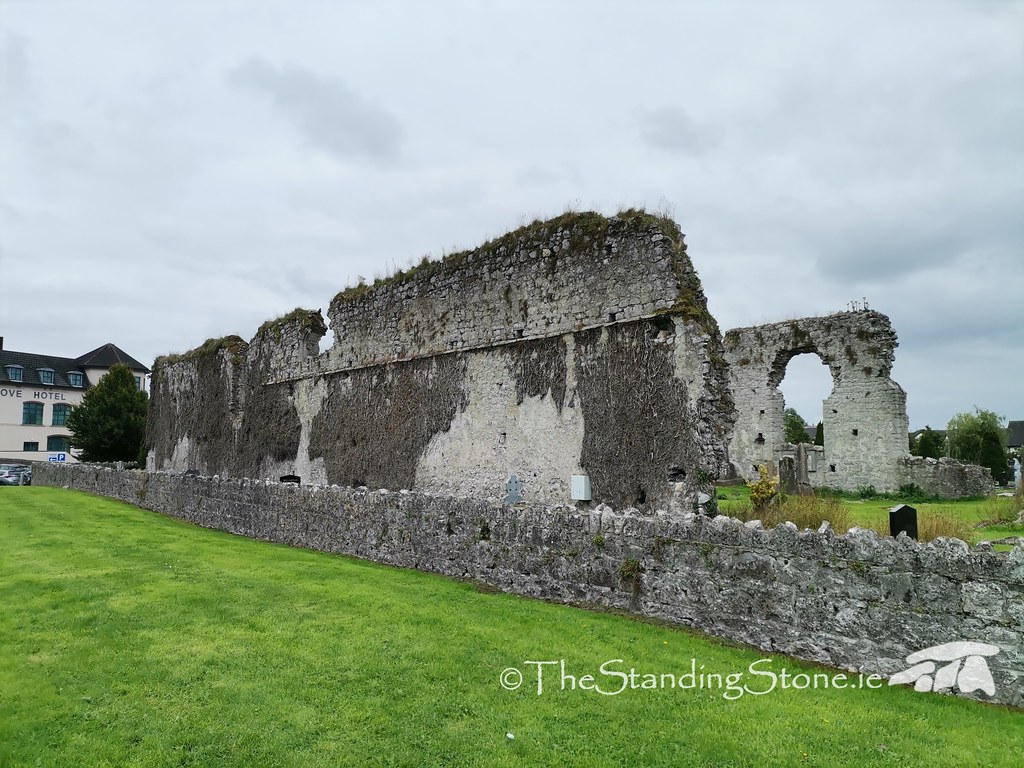 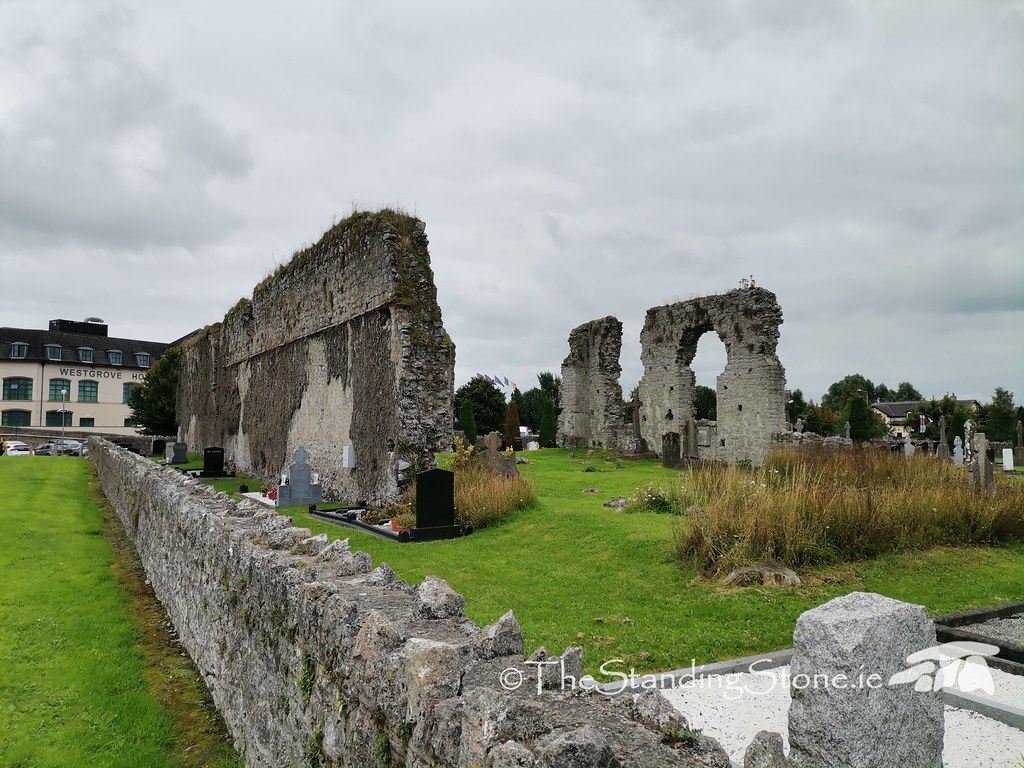 Looking from the West. 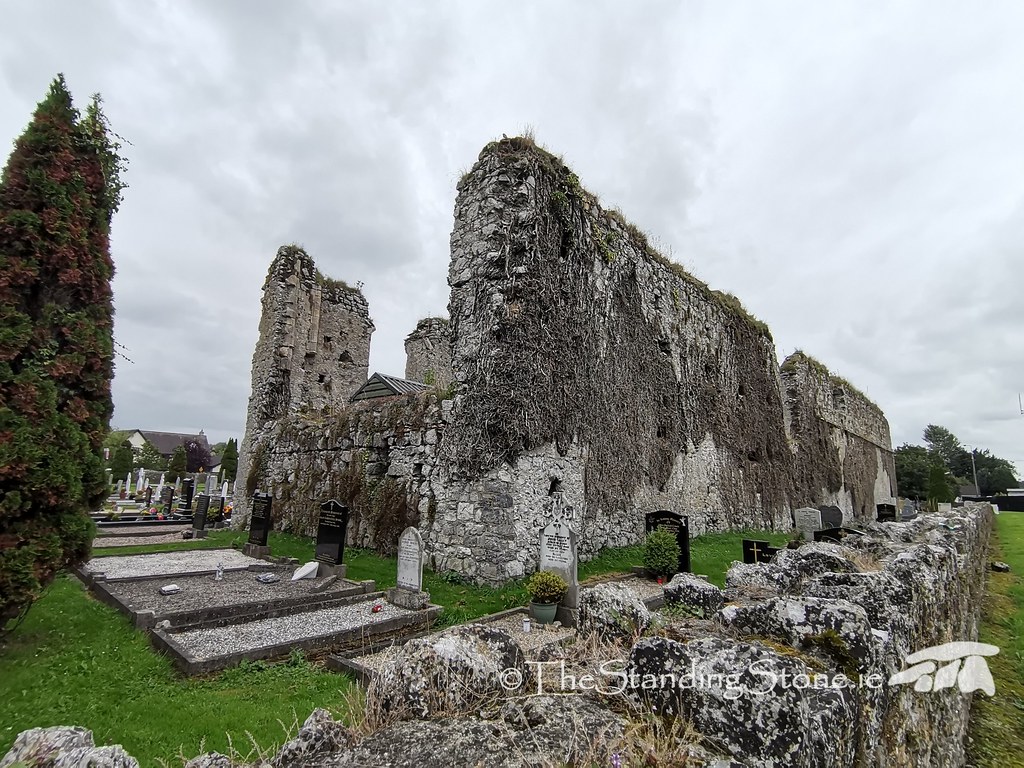 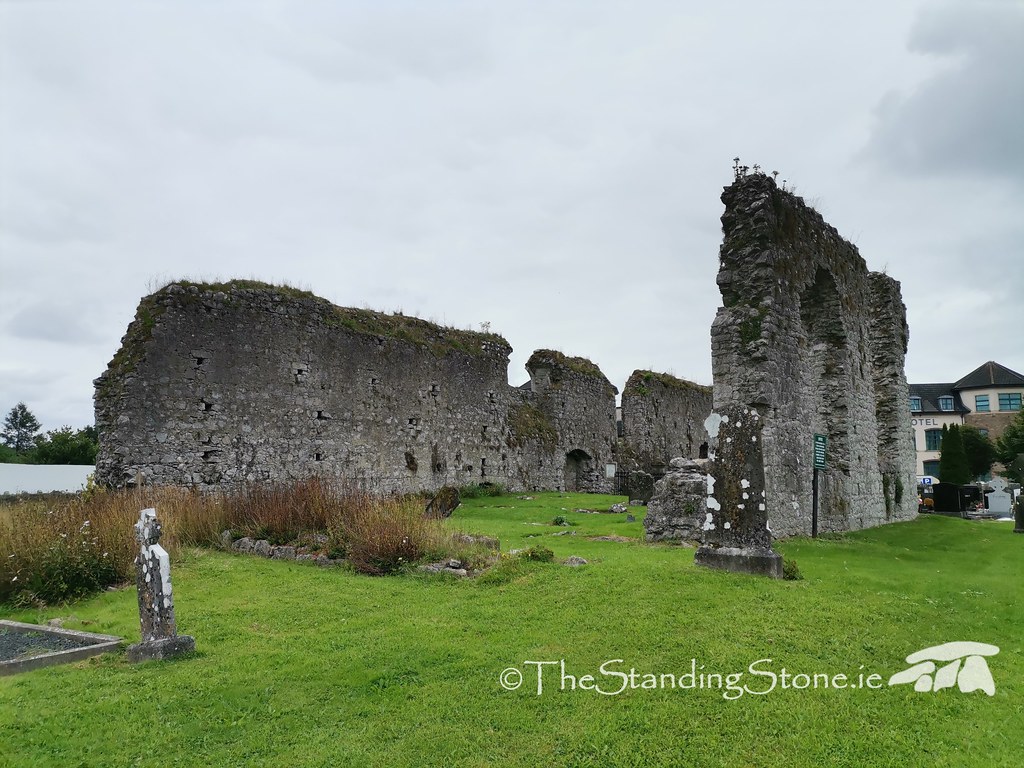 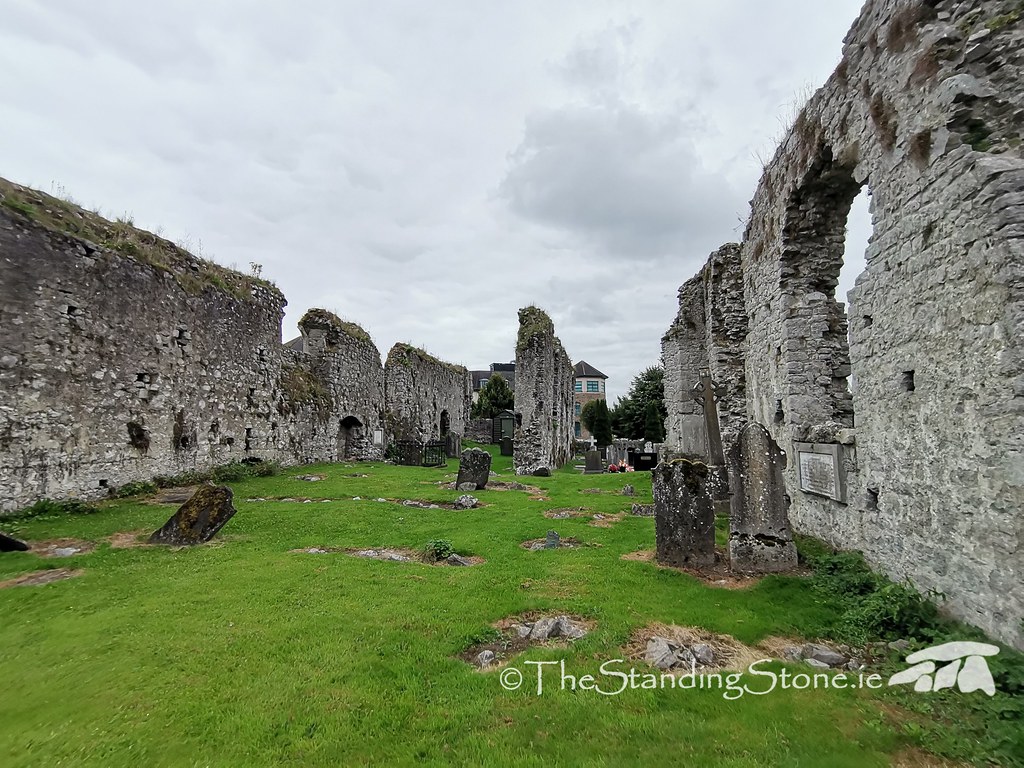 Looking from the West. On the left you can see the original 13th century nave and chancel church, with the 15th century aisle on the right. 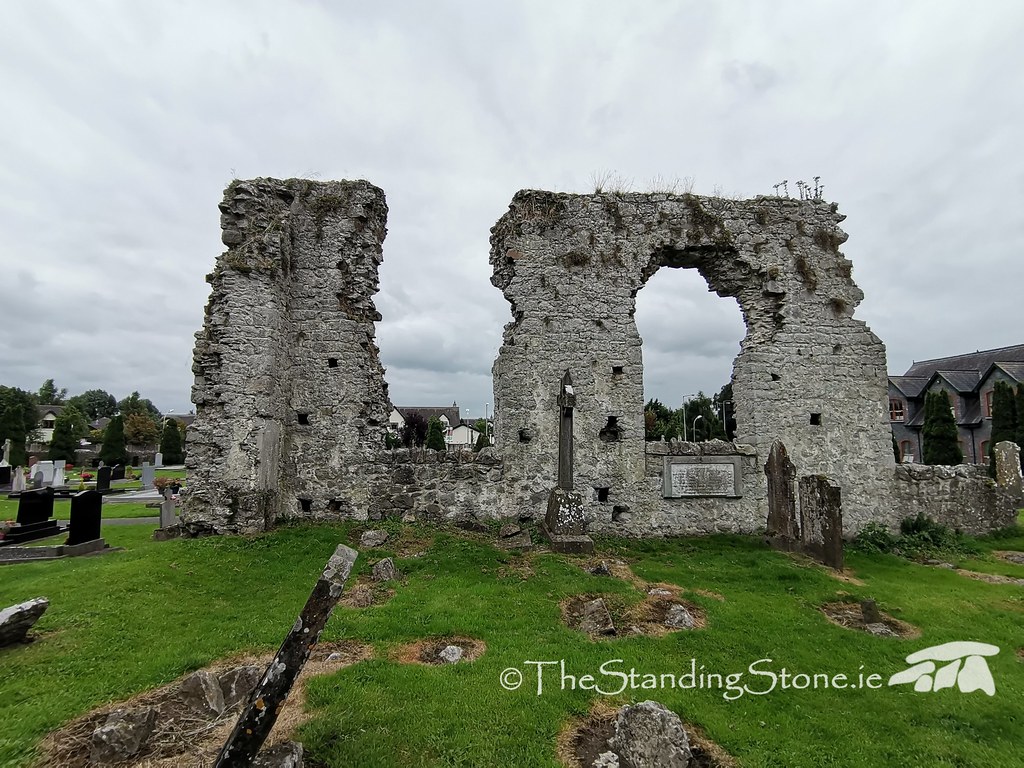 The remains of the 15th century aisle. 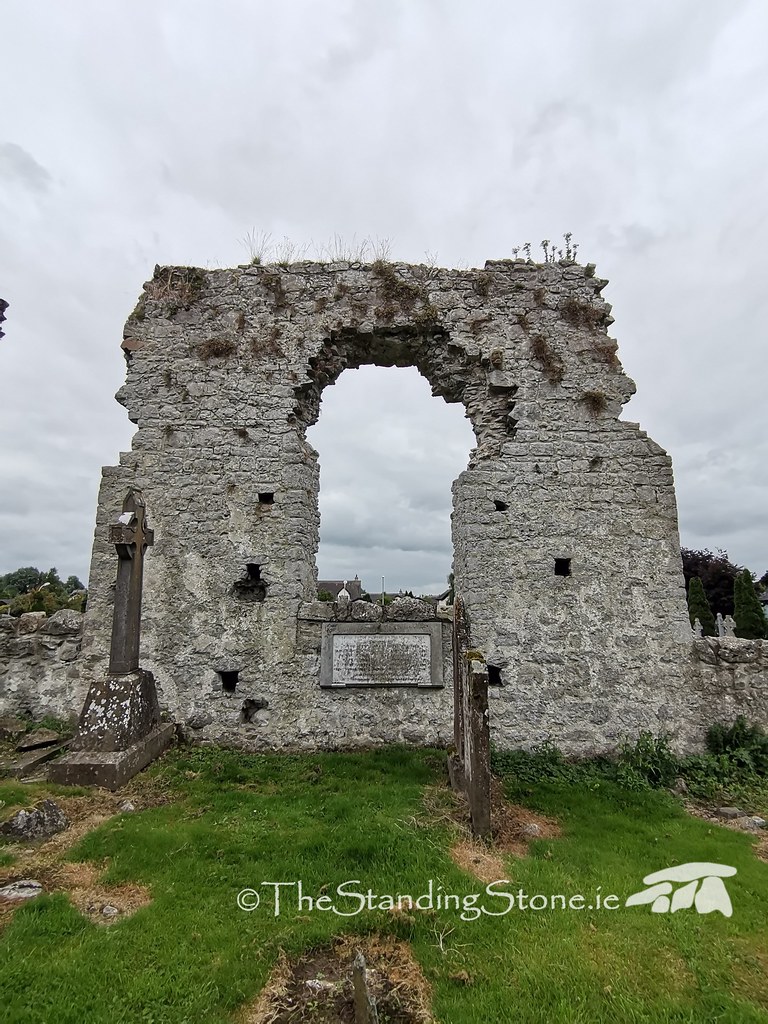 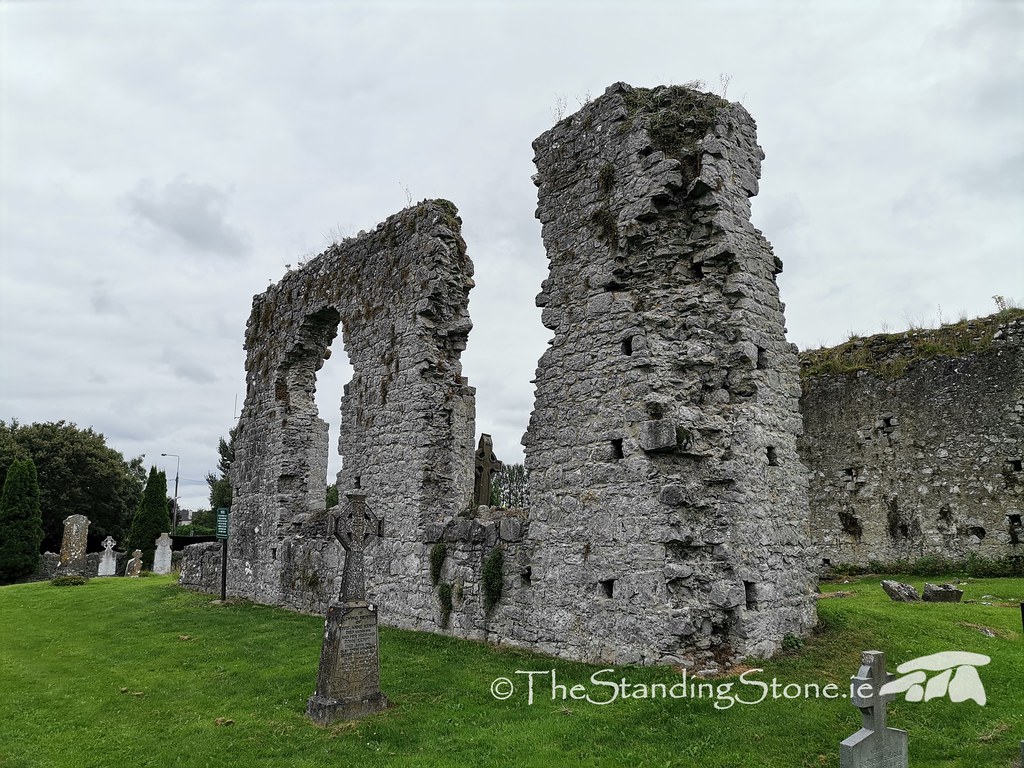 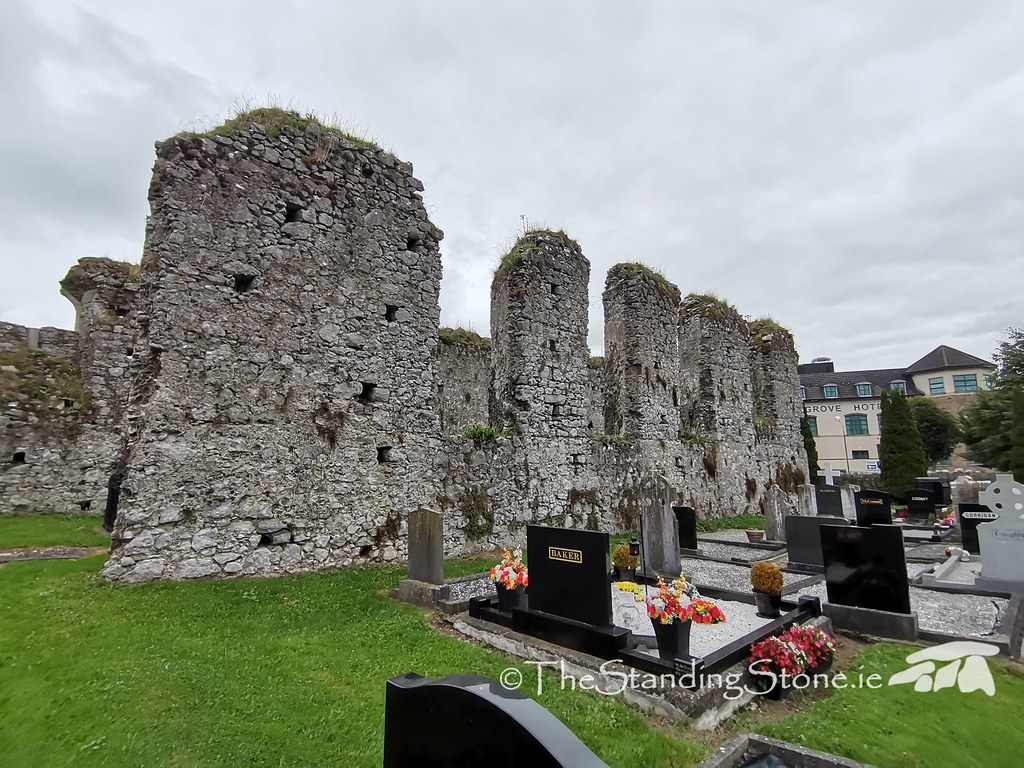 Looking at the South wall. You can see the row of lancet windows. 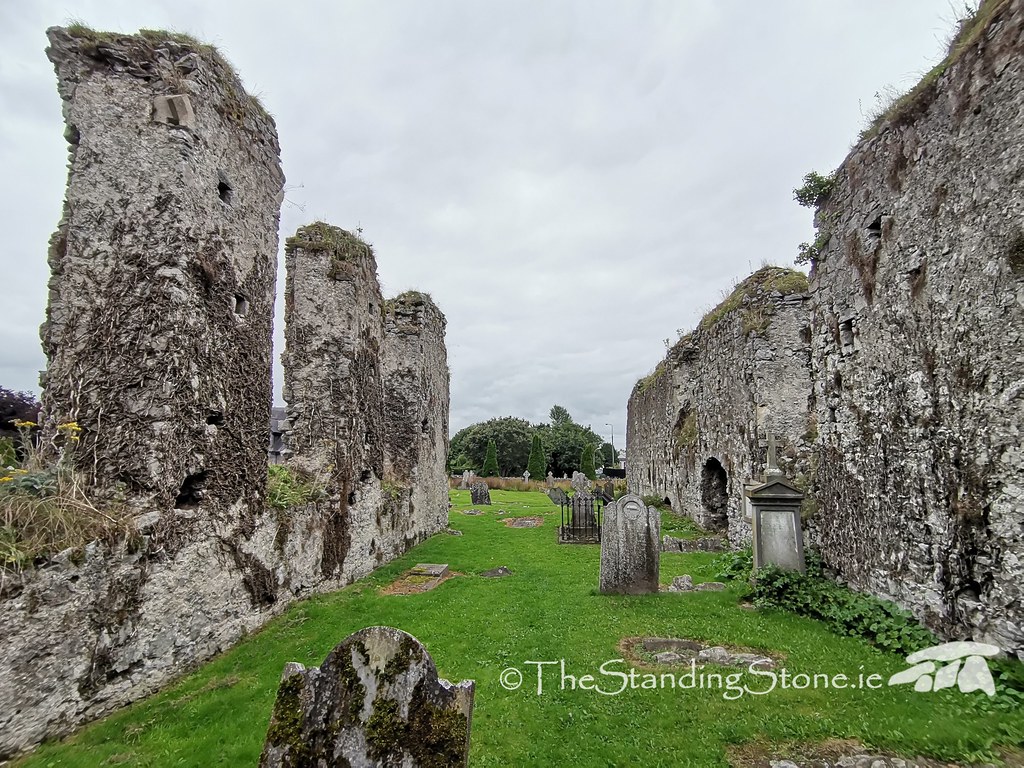 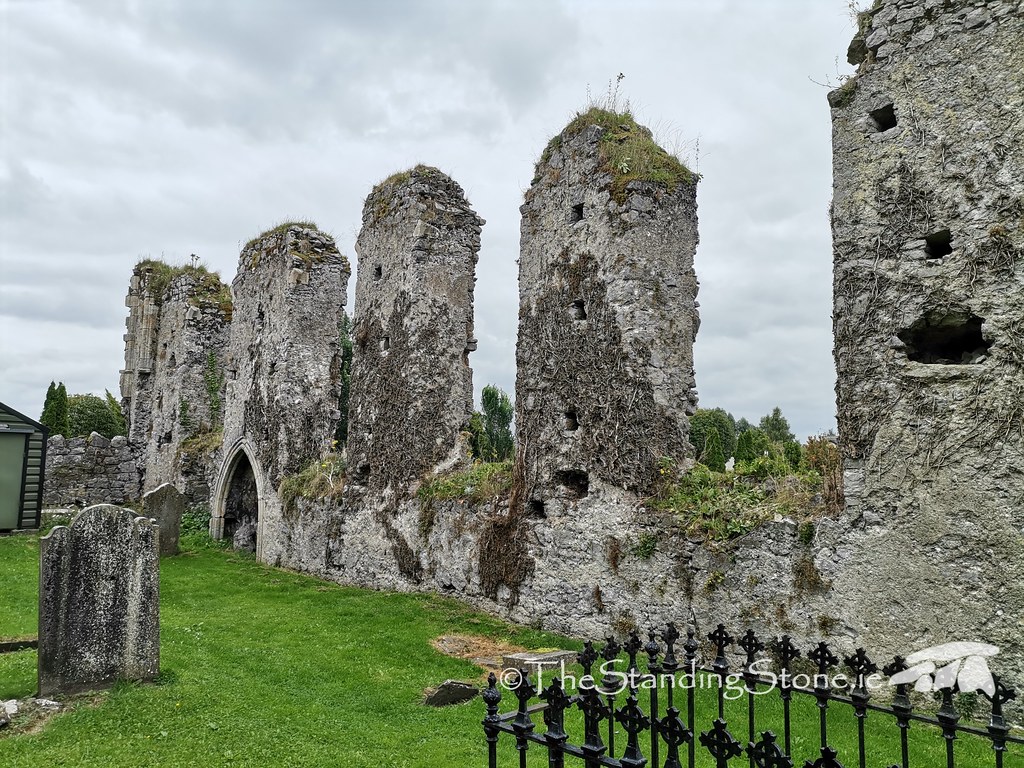 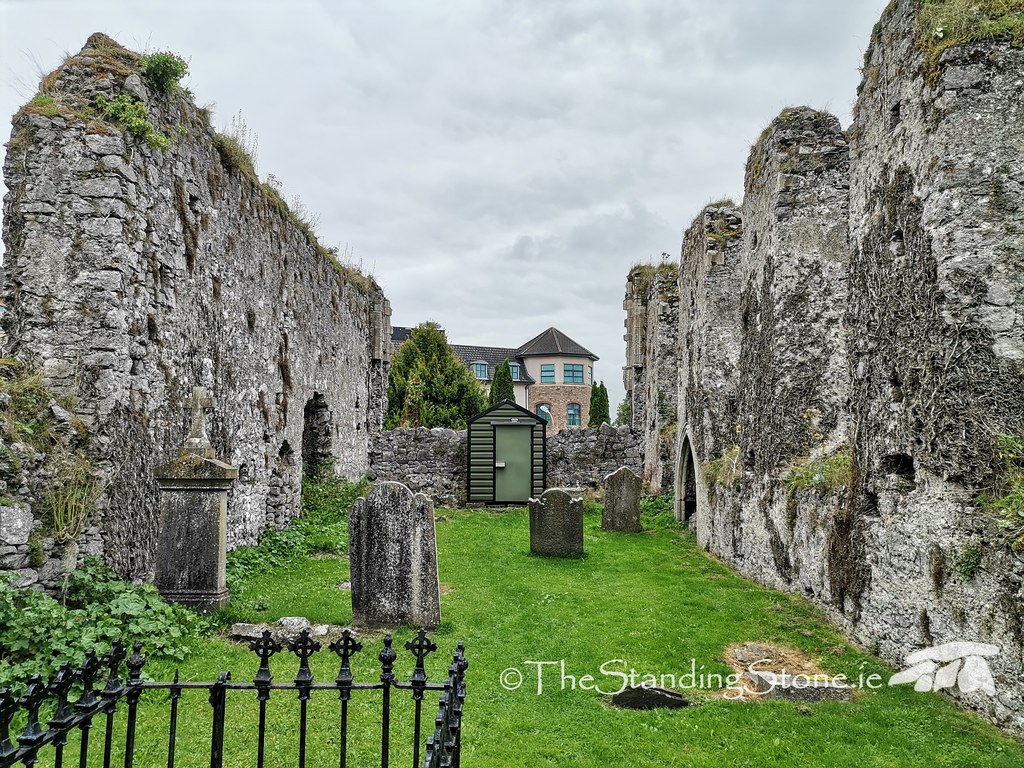 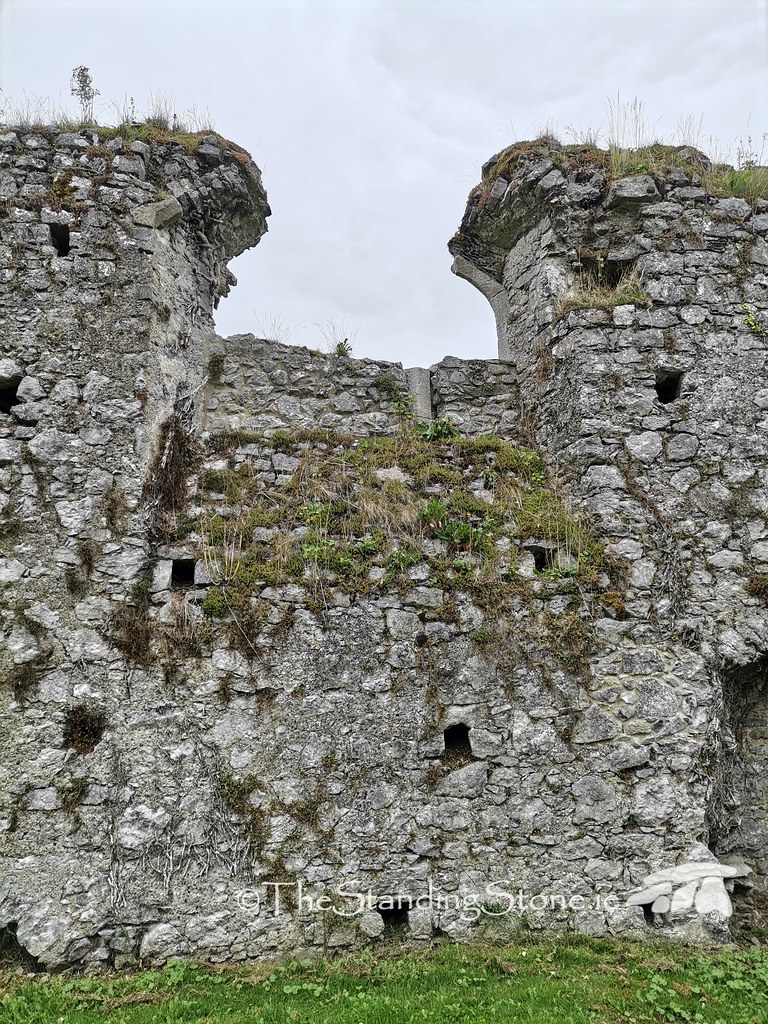 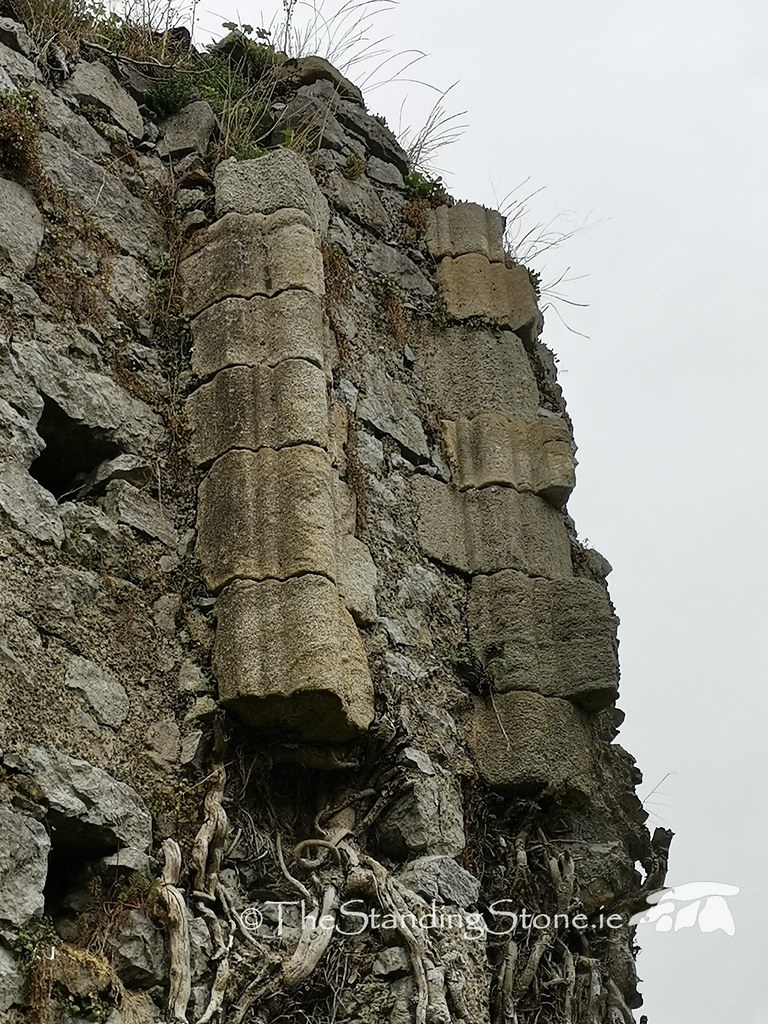 Some of the remaining details on the lancet windows are carved in sandstone. 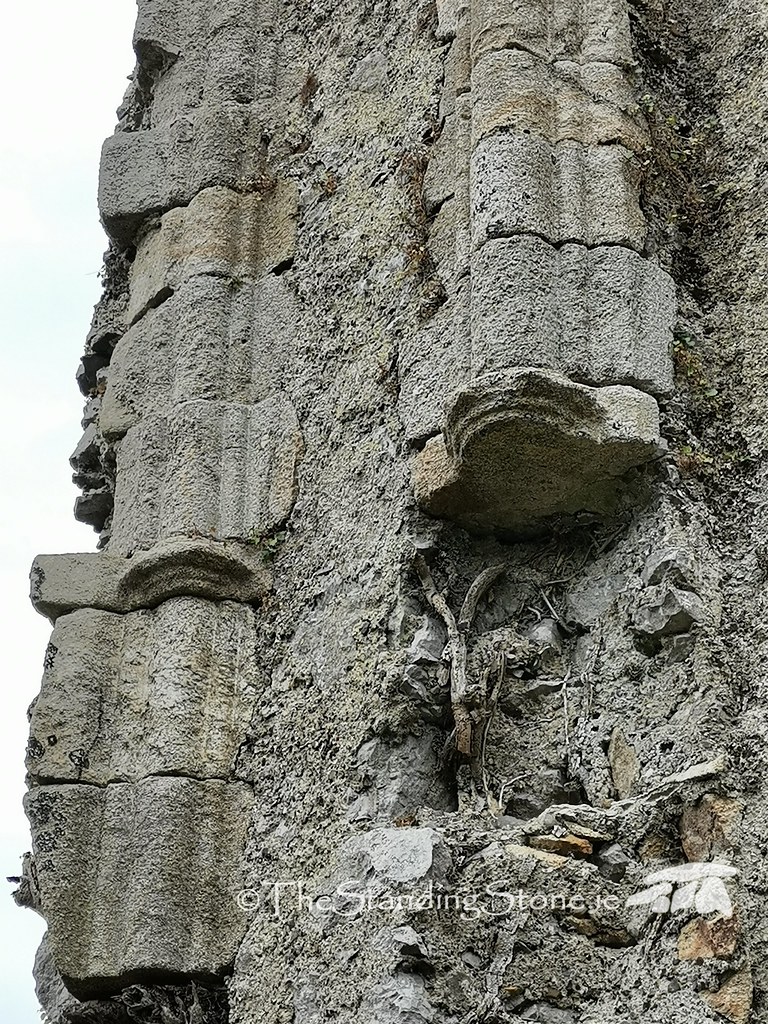 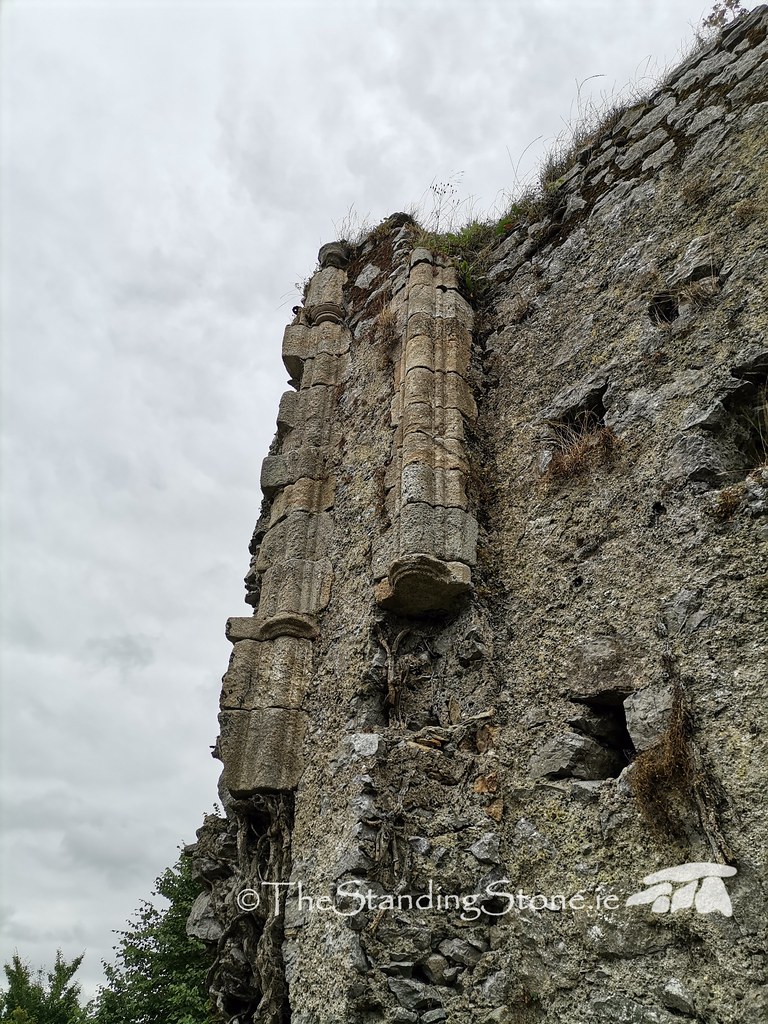 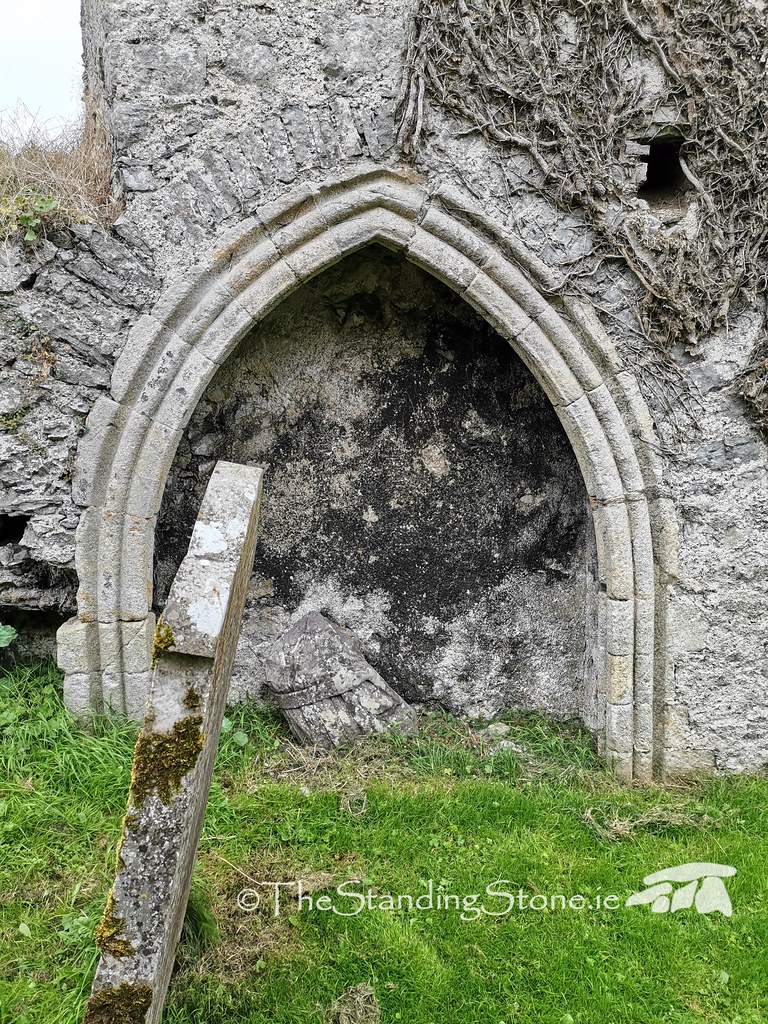 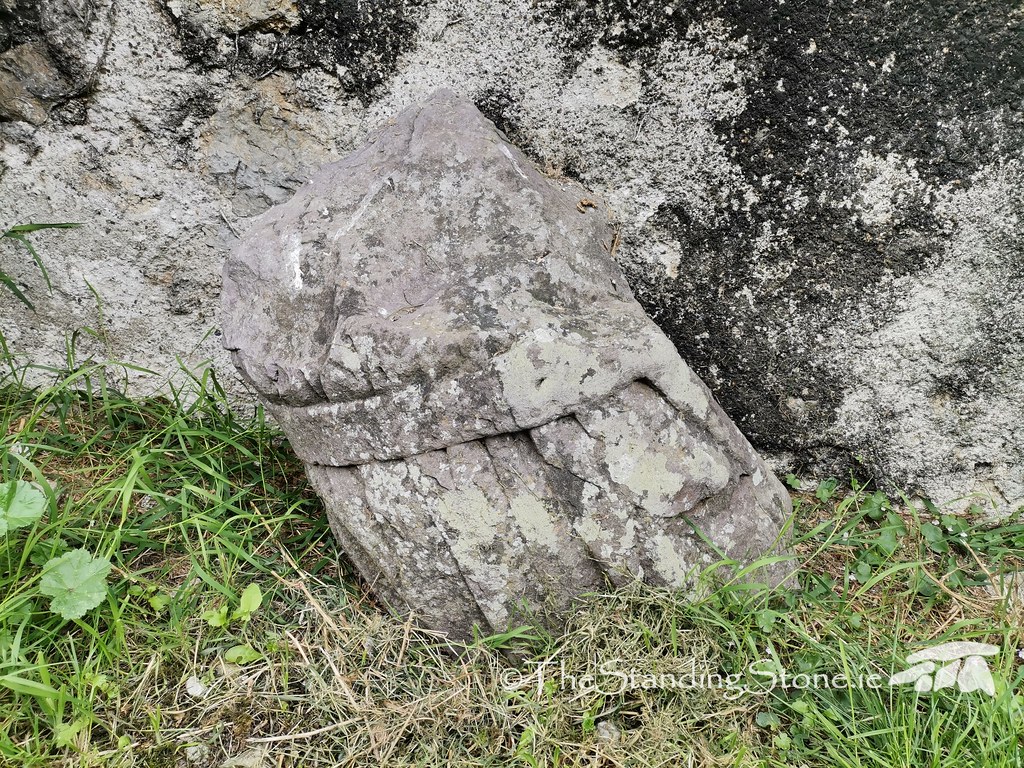 The torso of the effigy of Gerald Fitzmaurice.