Location – Located inside the town park next to a pitch and putt course.

Description and History – This was a nice find as we didn’t set out to find it. The church is located within the grounds of the Templemore town park, and we were just there to have a walk and feed the ducks and came across it! Naturally, we couldn’t resist photographing and researching the site. Its setting is a little jarring as almost the entirety of the medieval landscape is missing, apart from the church. It now sits next to a pitch and putt, near a modern artificial lake. The church is known as St. Mary’s, as well as An Teampall Mór which means ‘The Big Church’ which is where Templemore got its name. The earliest evidence for a church at this site comes from the early 14th century where the church is listed in the ecclesiastical taxation of the Diocese of Cashel in 1302. However, the present remains of the church appear to be later in date, possibly 15th century, and much altered.

The church is very long, measuring nearly 33m in length, and just over 8m wide. However, this was shortened in the 18th century when the Church of Ireland repaired the building, and this nearly halved the length of the building. The newer west wall is one of the better-preserved areas of the site and survives up to 5m in height. The former west end of the church can still be made out, however, although it was absorbed by the graveyard. Very few of the features are original, or have been moved and altered. The bellcote above the entrance in the east wall is not original to the site, but remains an interesting addition. The doorways have all be altered in the modern period, and the only original feature still in situ is a small flat headed window in the east wall. There are some nice gravestones both within and outside the church dating from the 17th century onwards.

Difficulty – Very easy to get to, with lots of parking nearby. 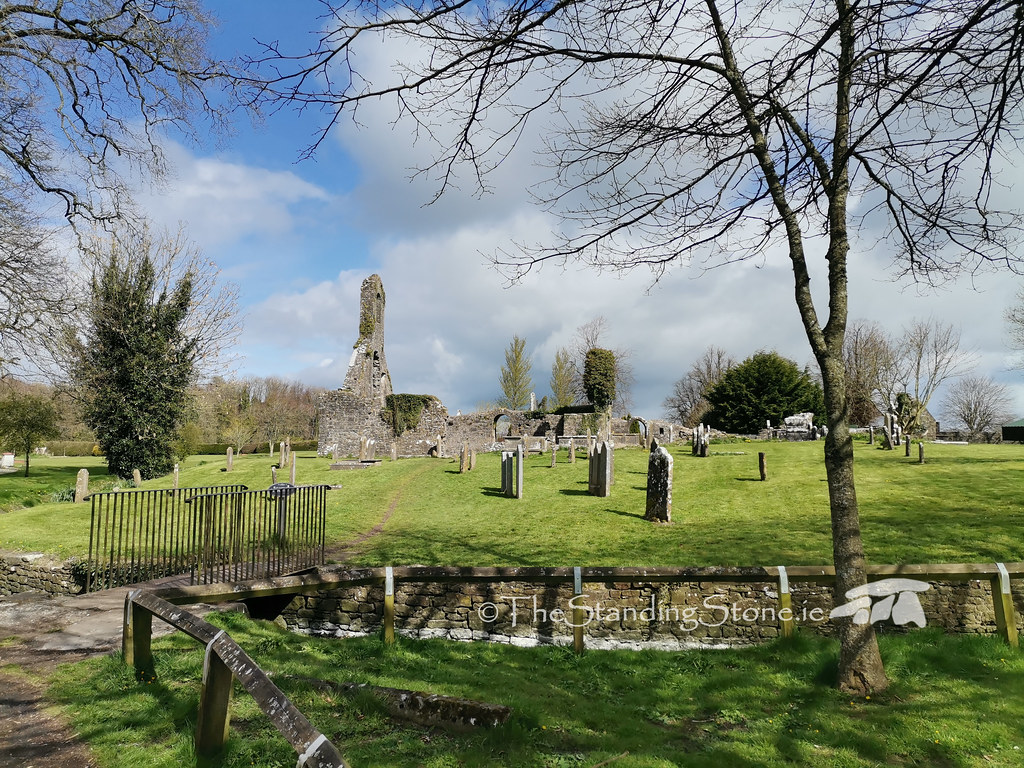 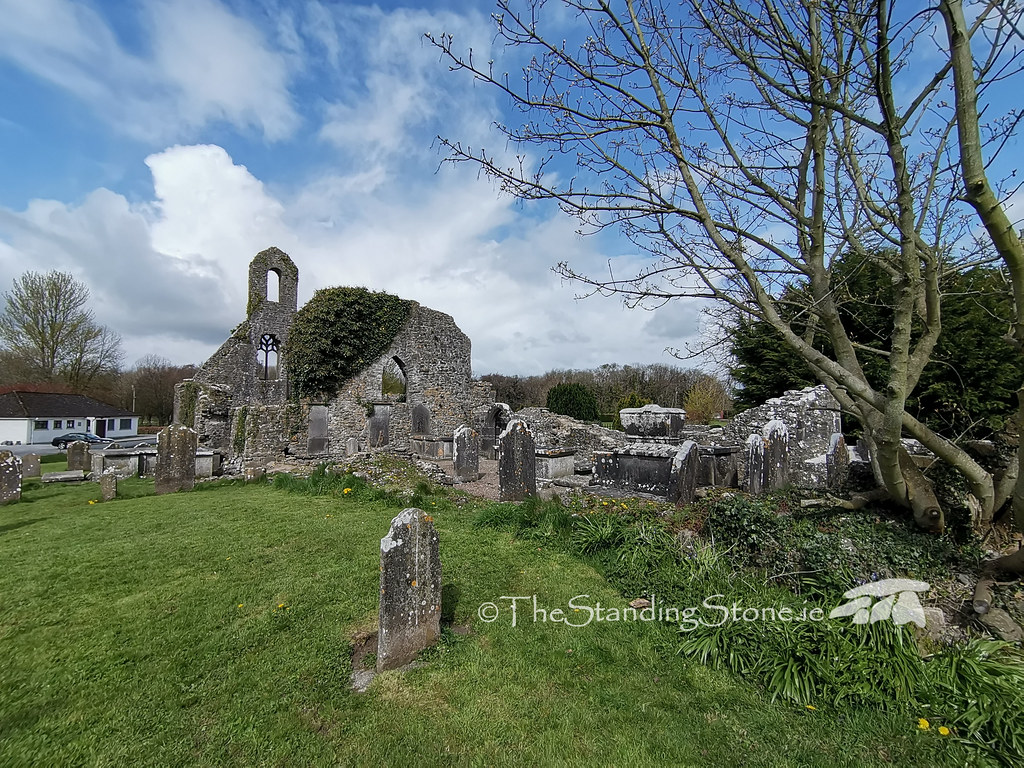 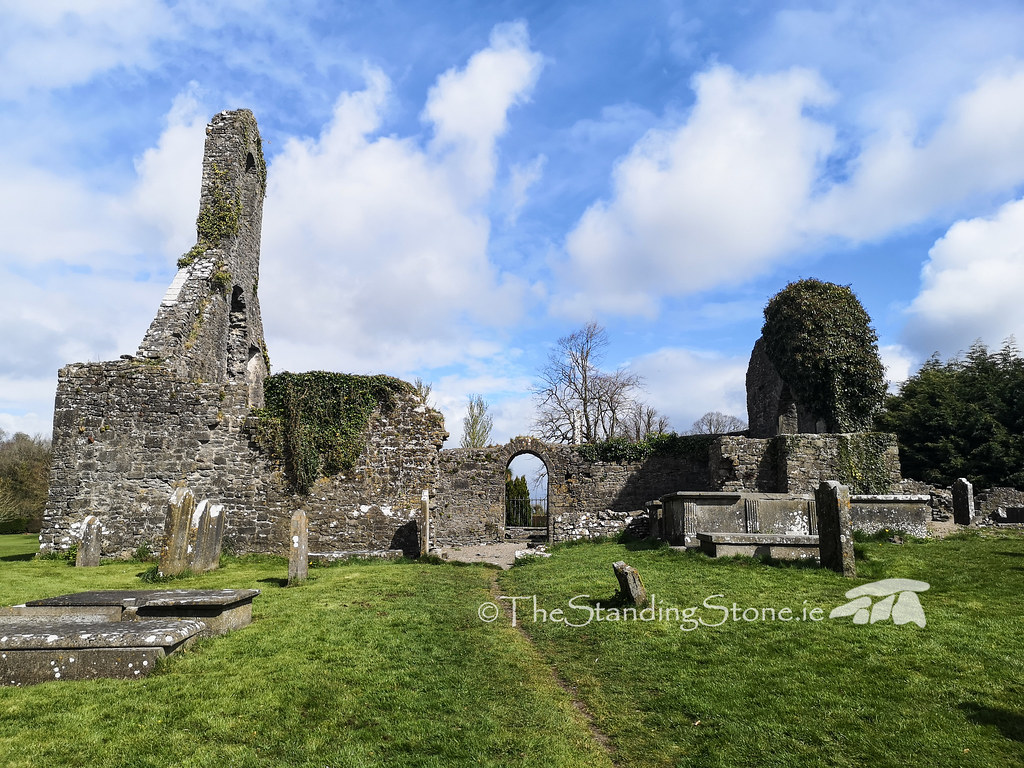 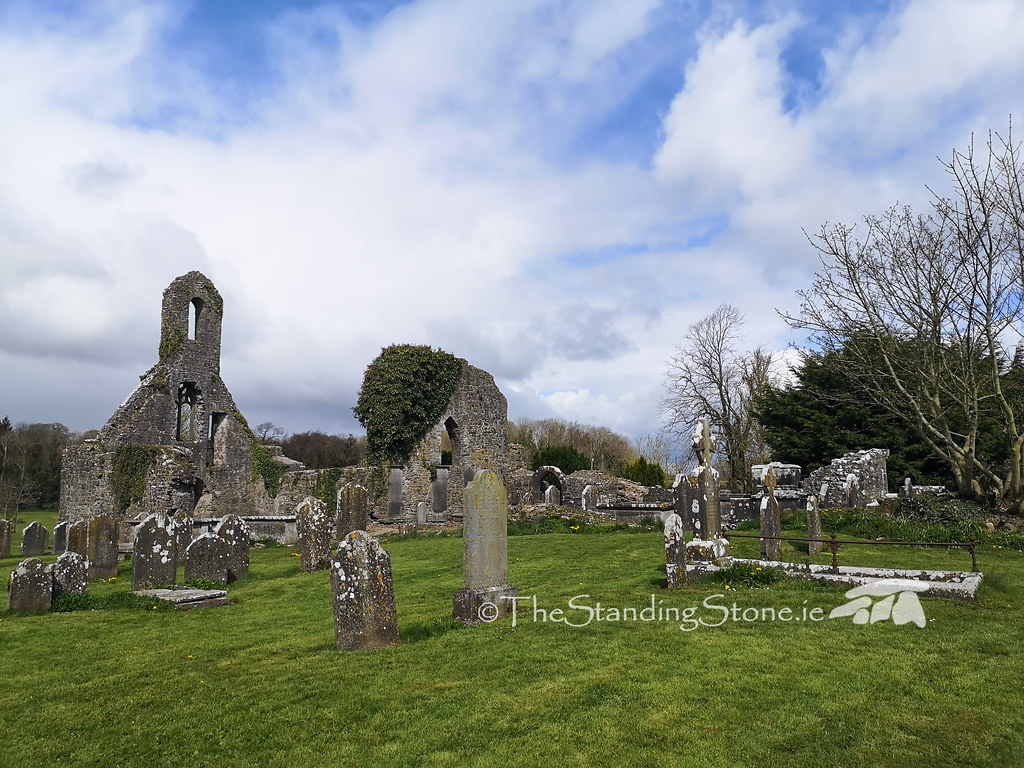 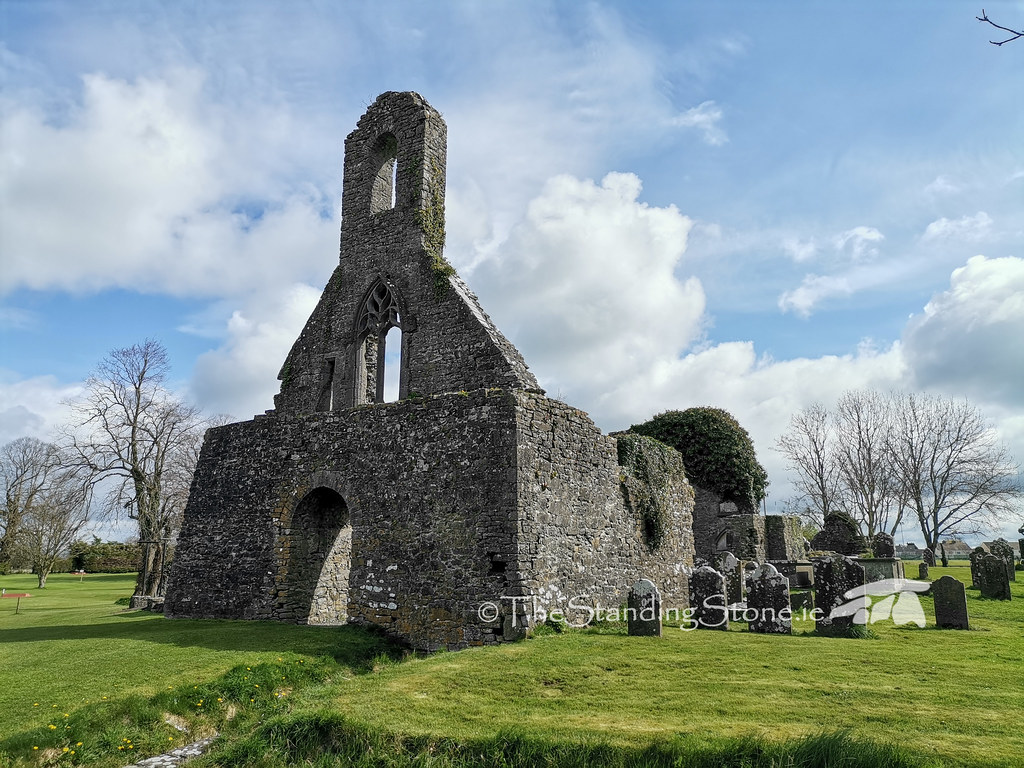 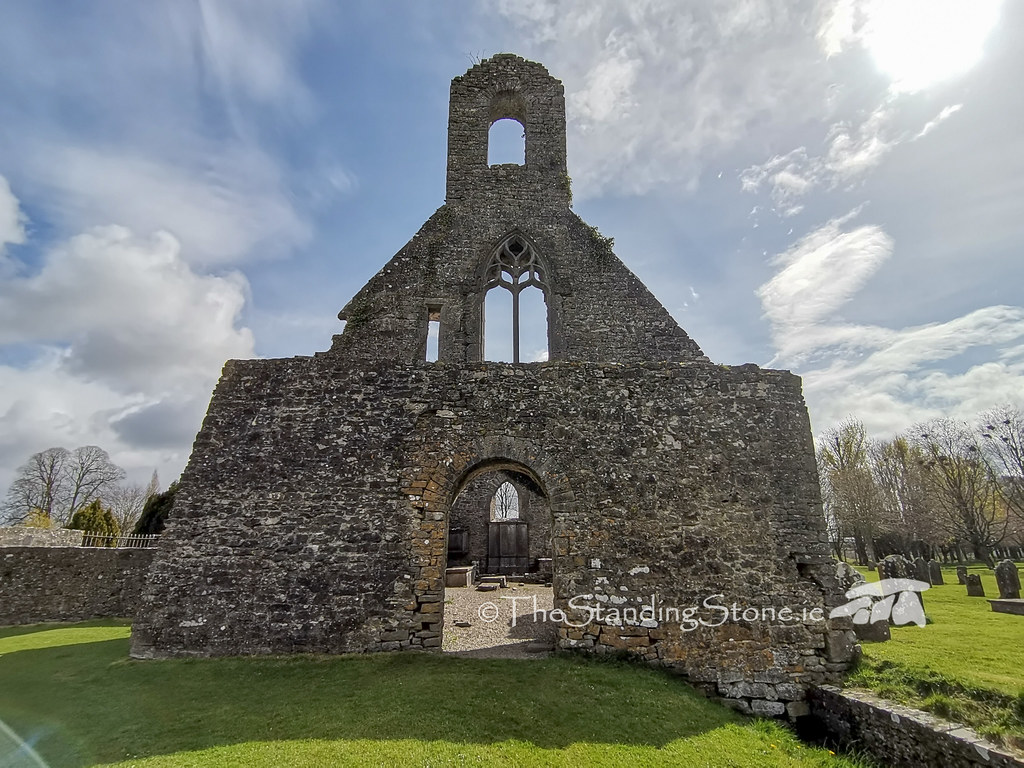 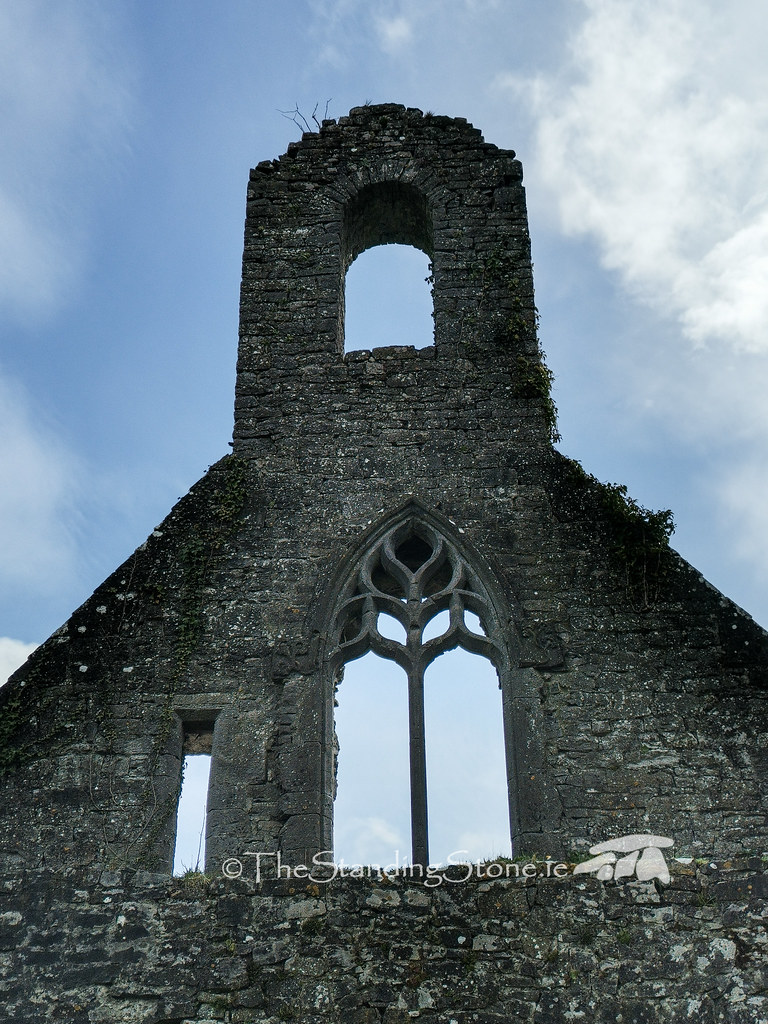 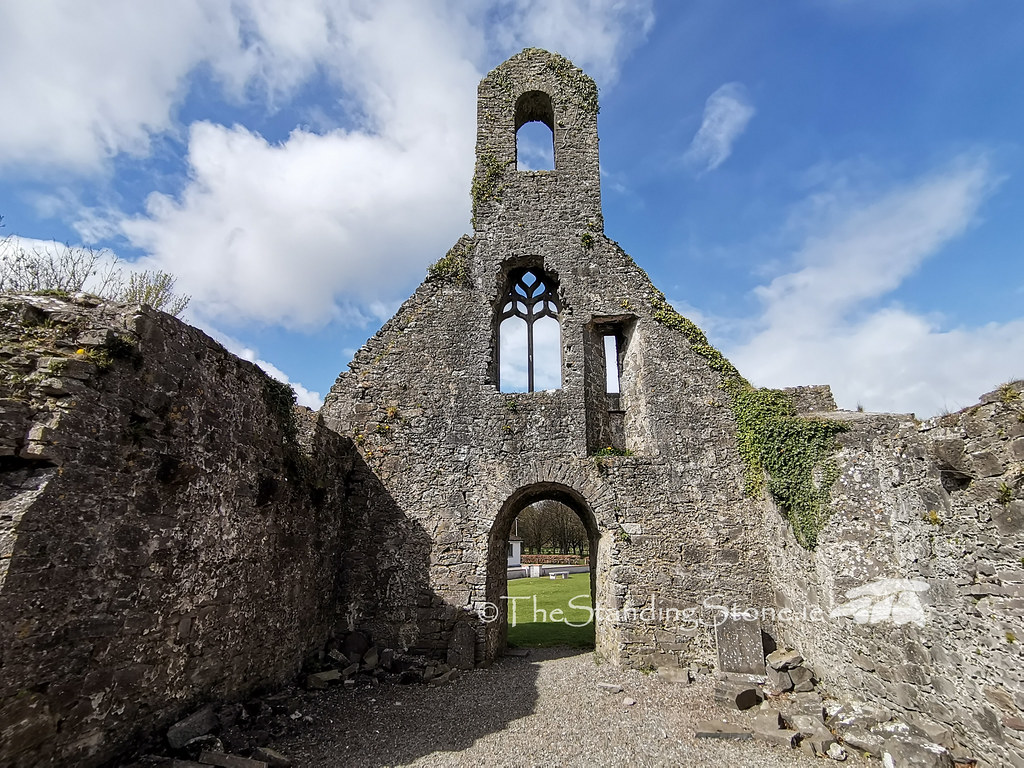 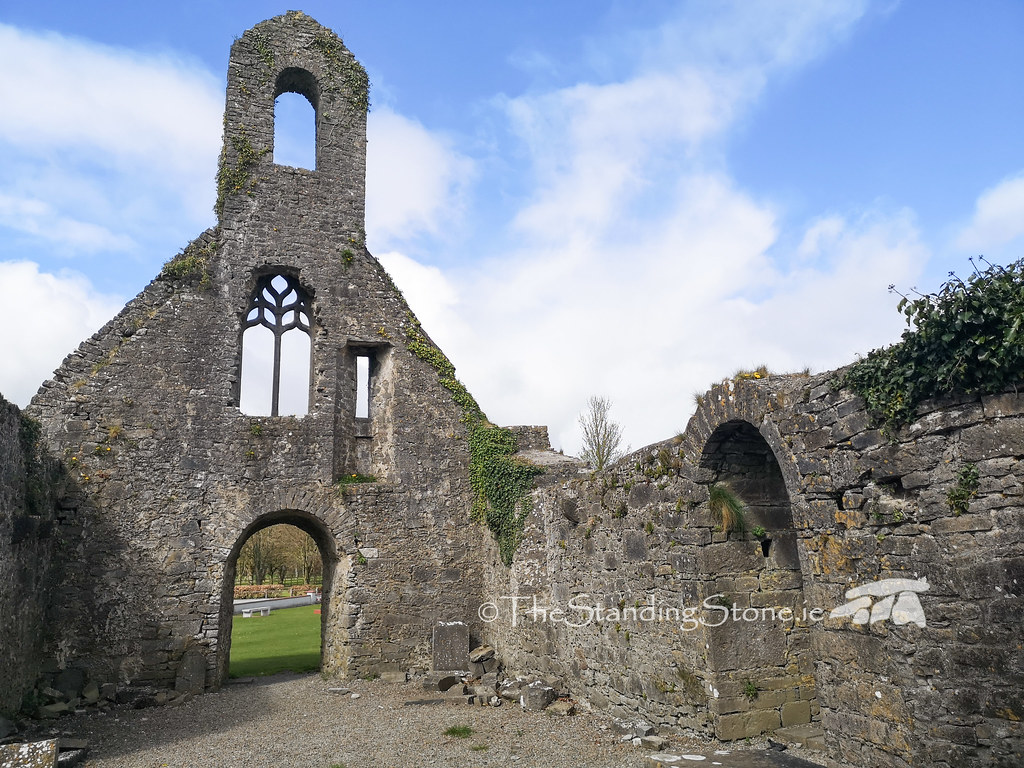 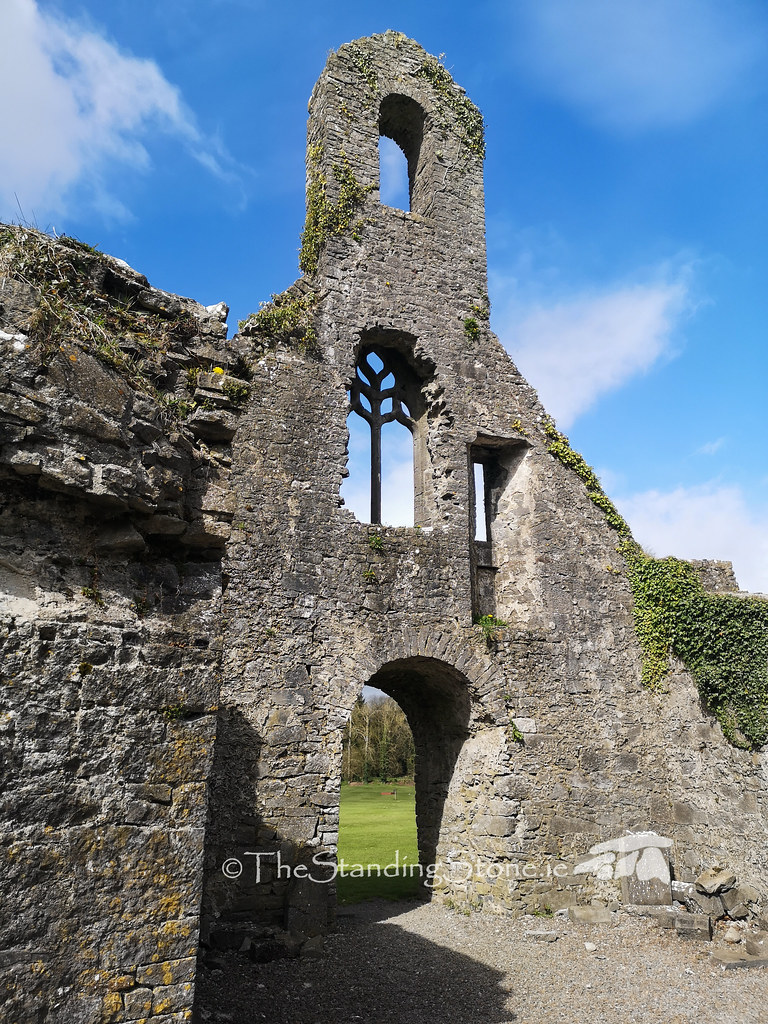 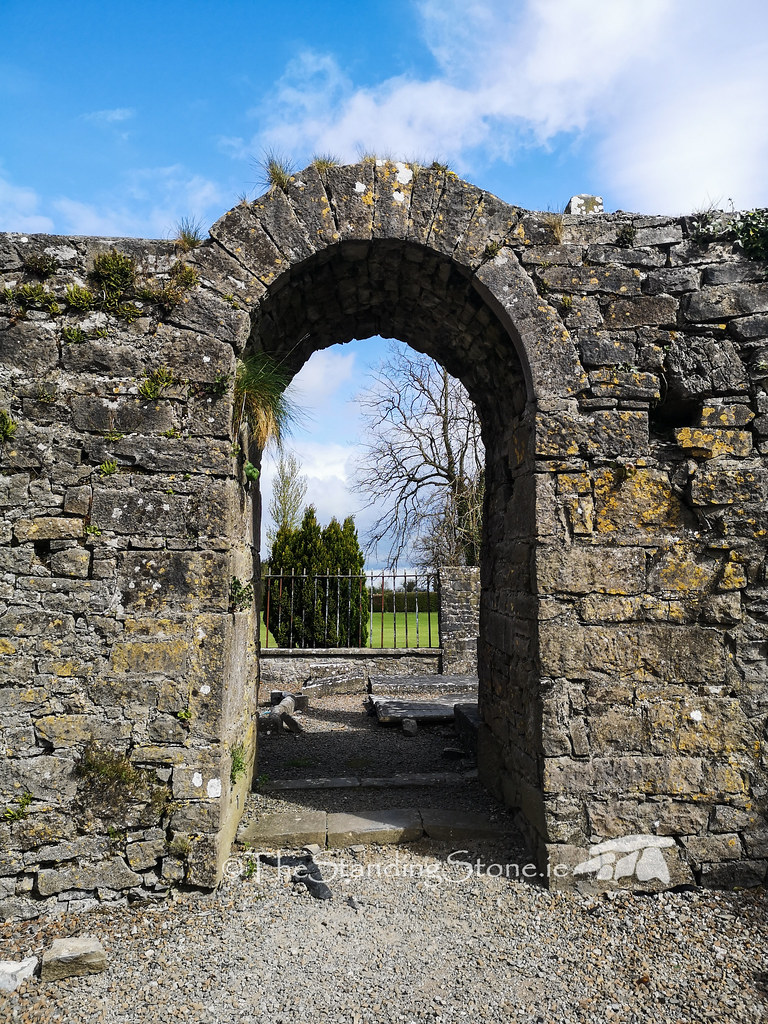 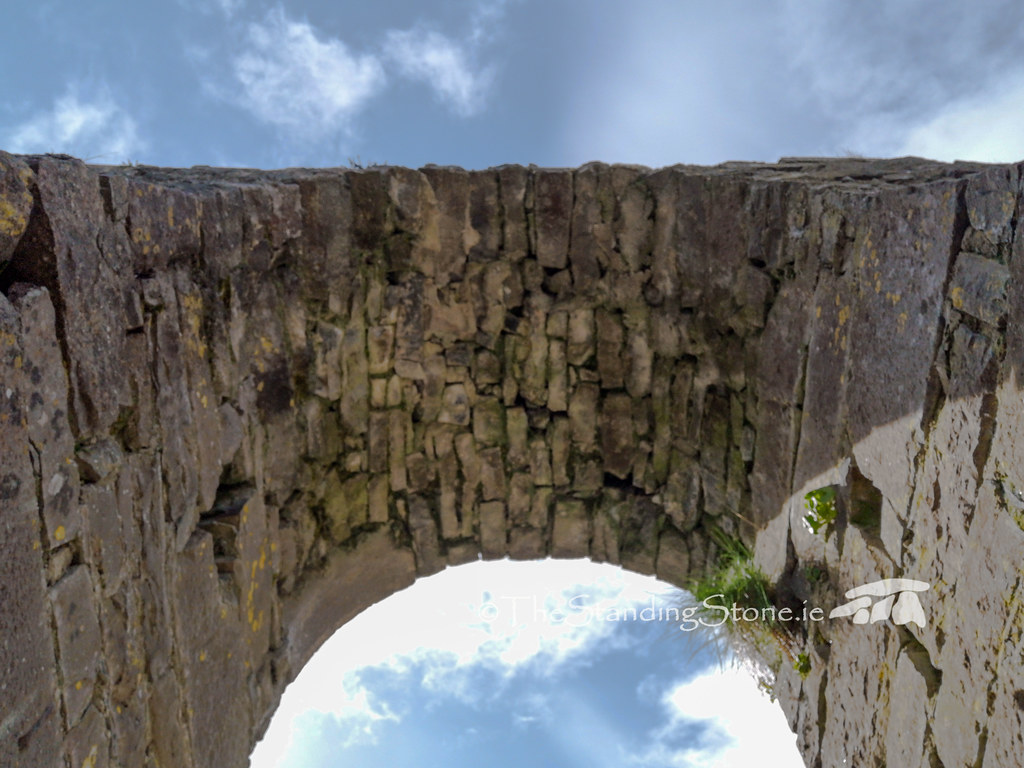 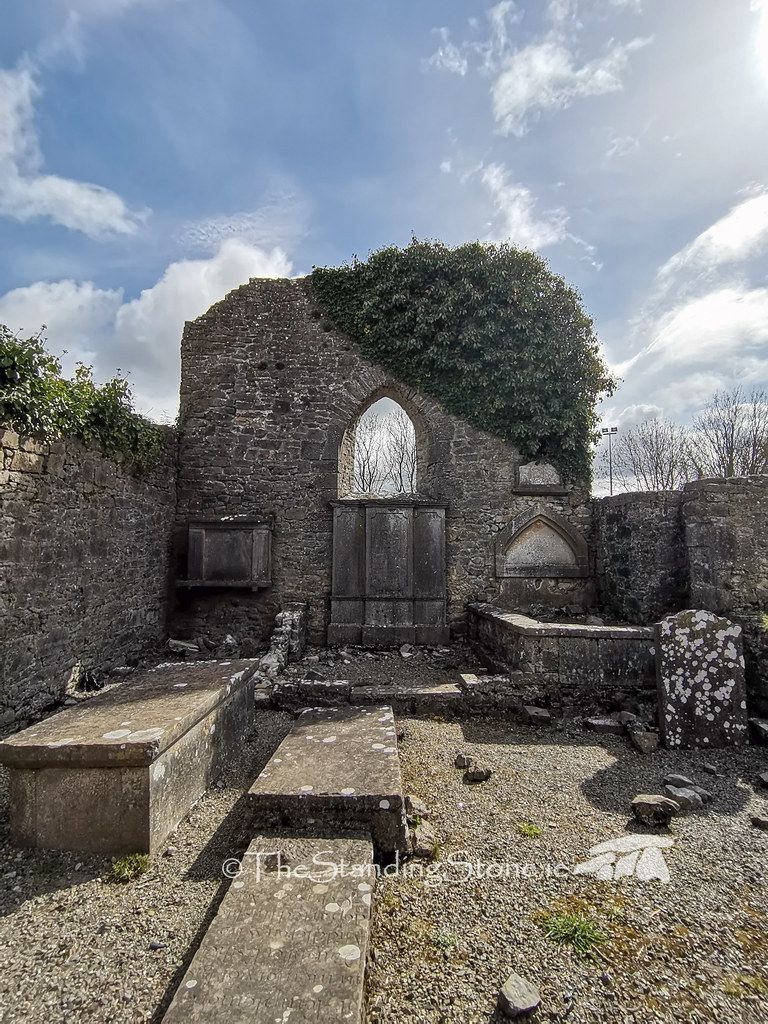 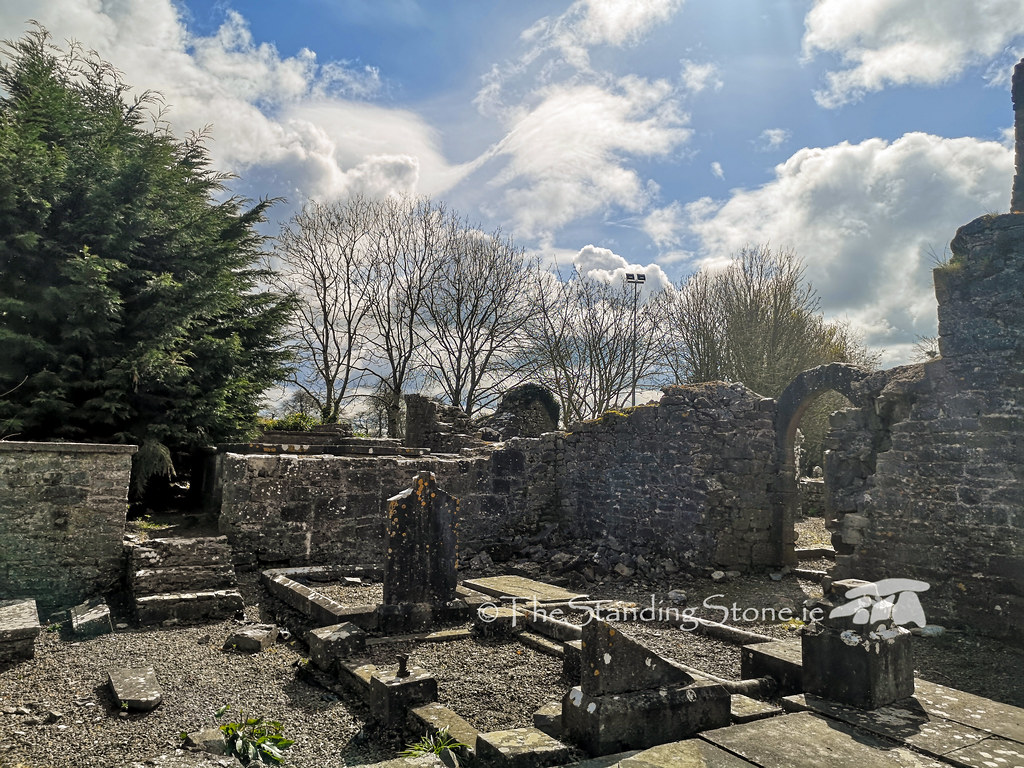 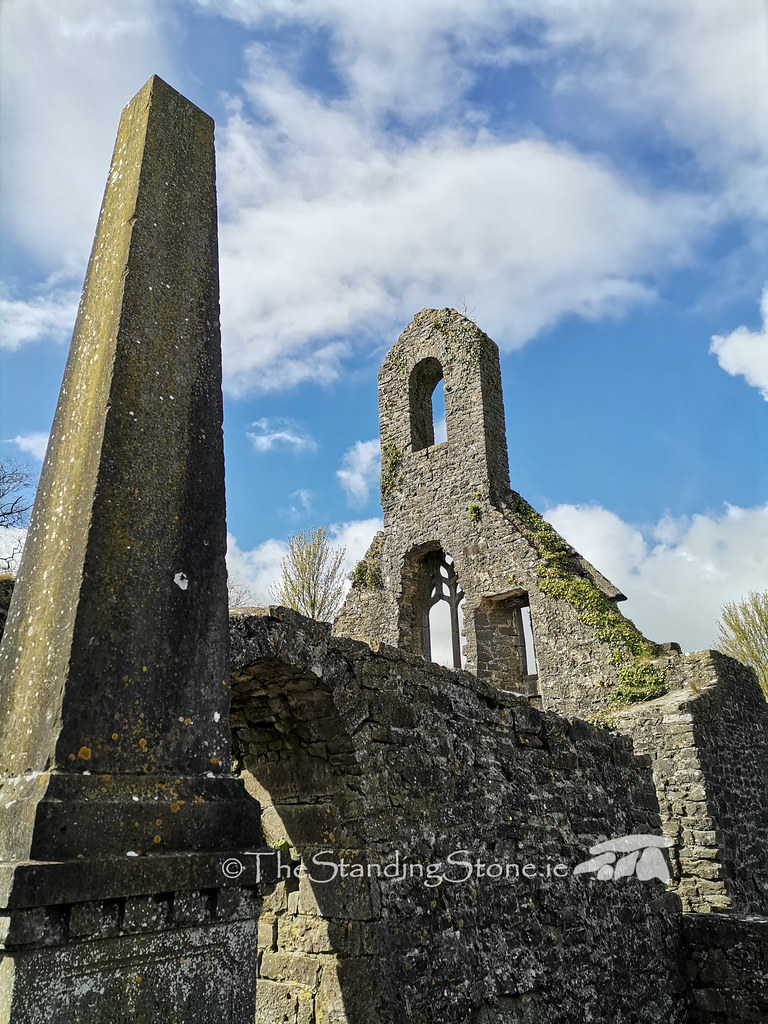 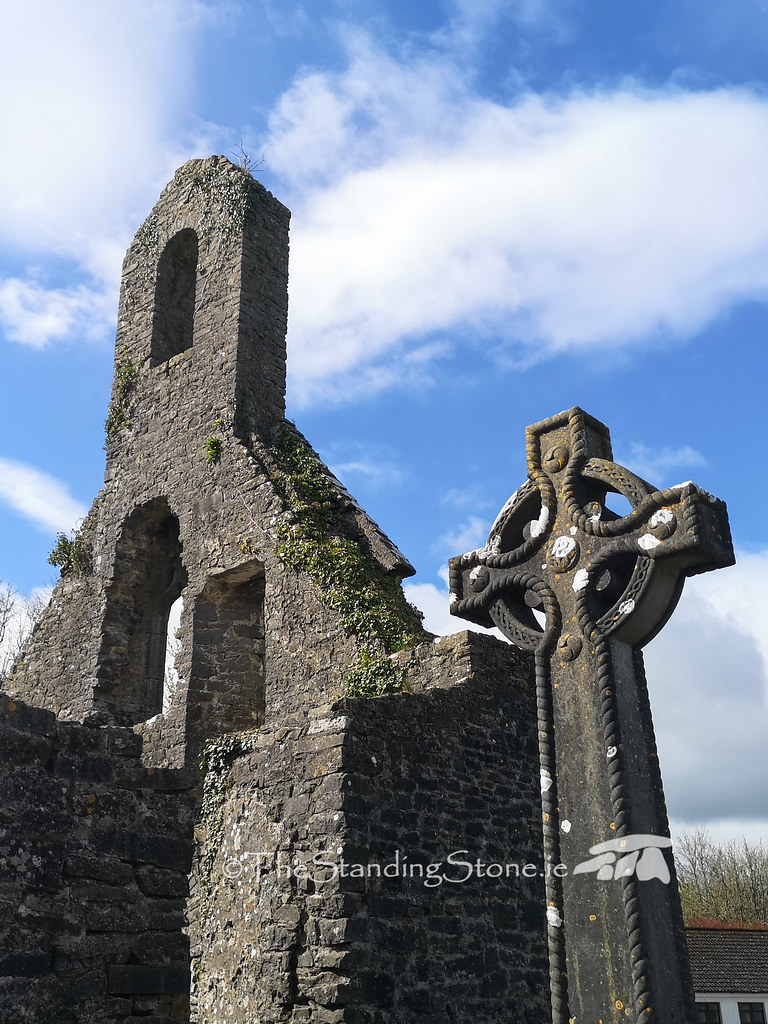 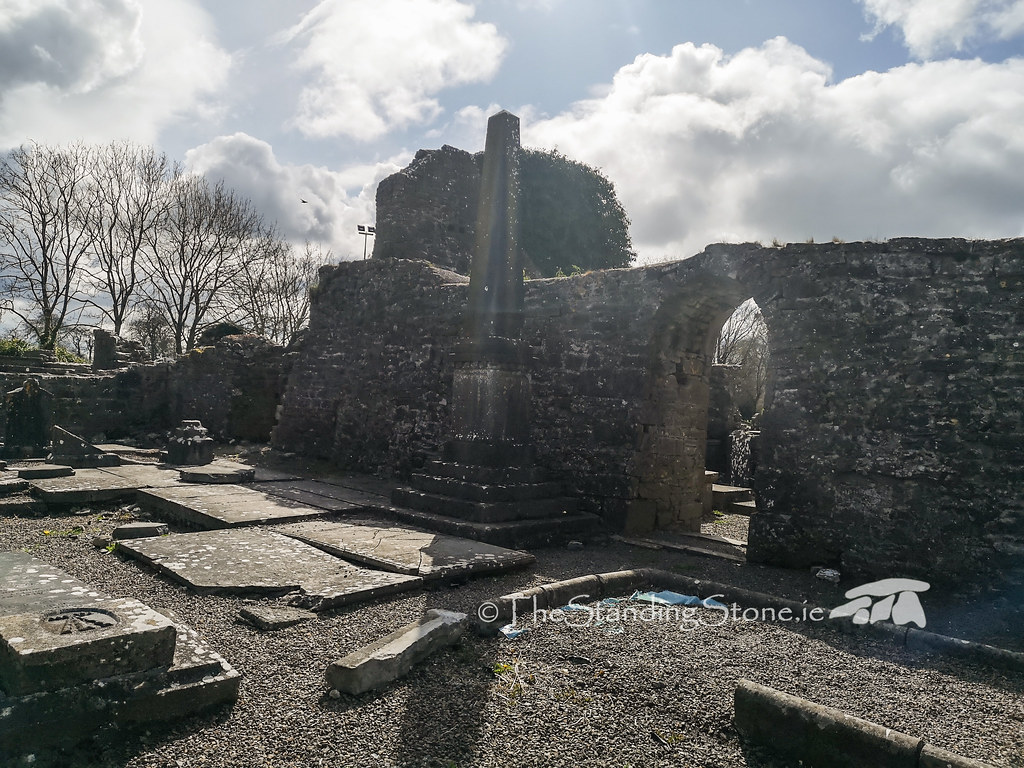 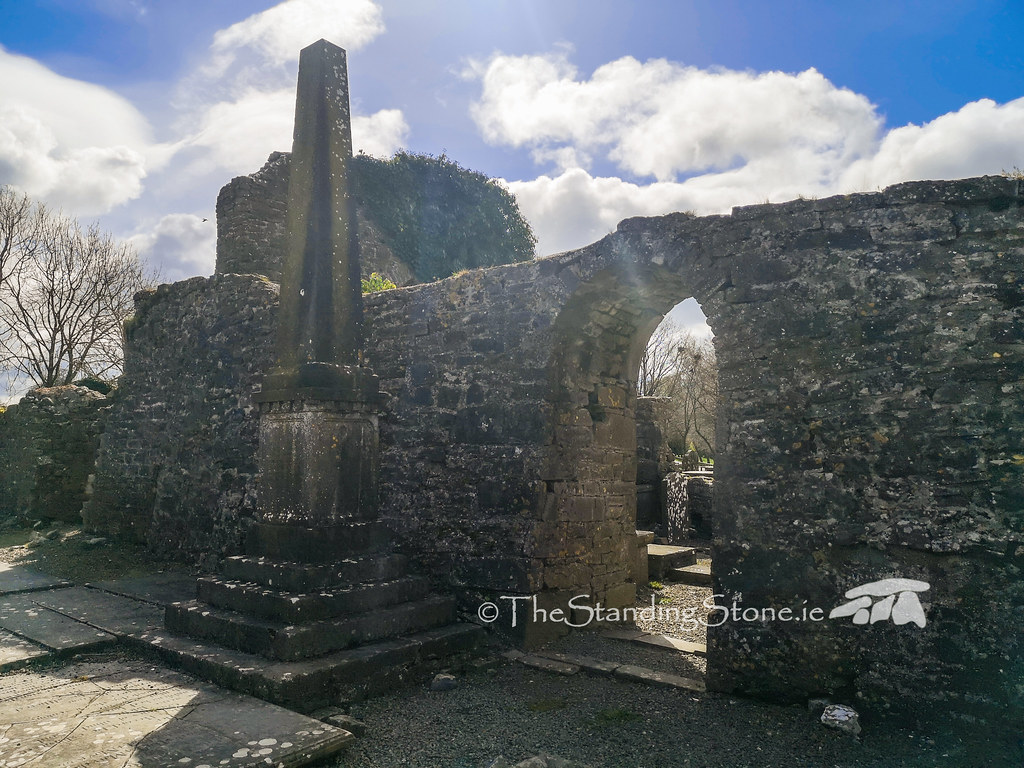 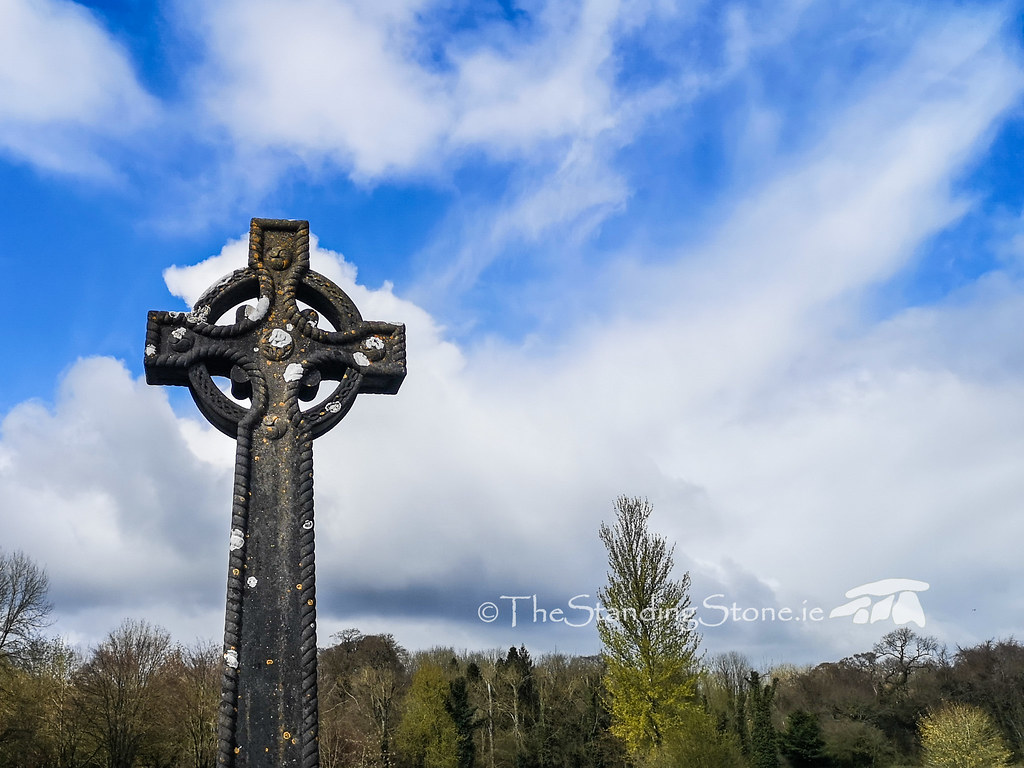 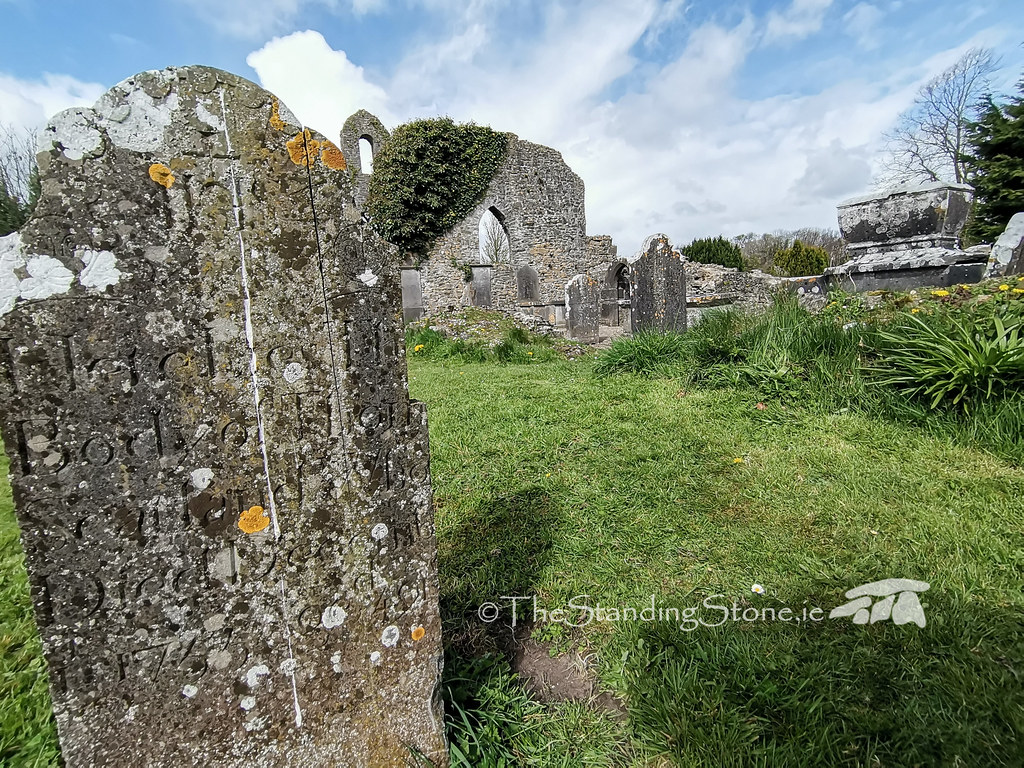 One of the fine old gravestones in the graveyard. 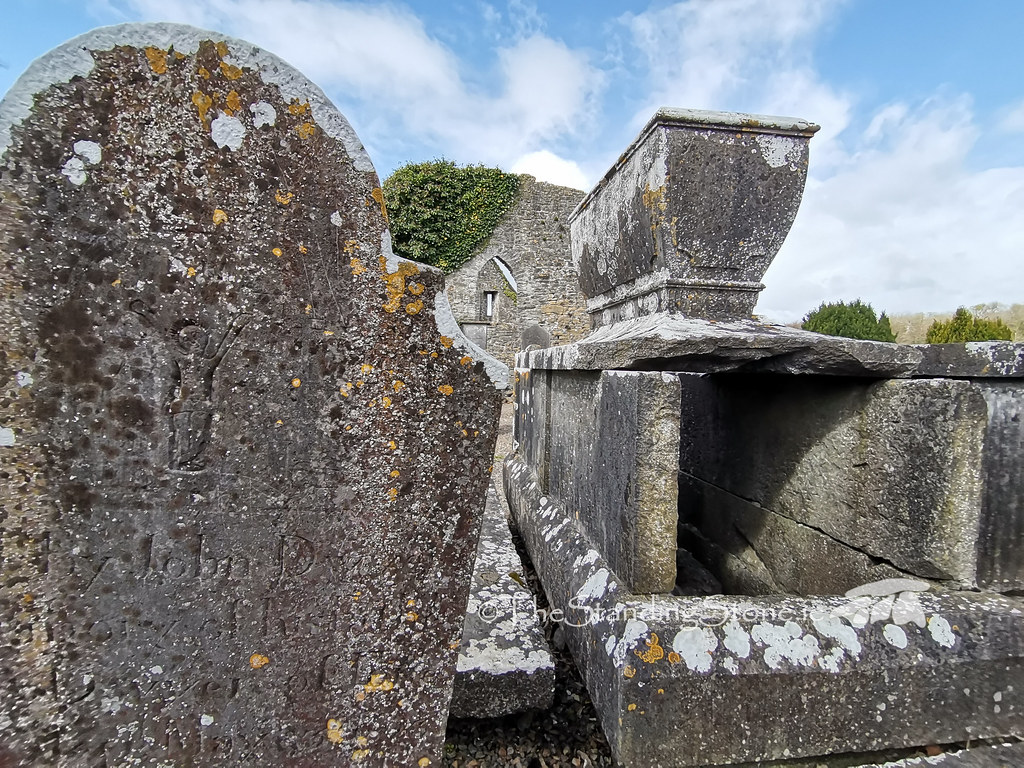 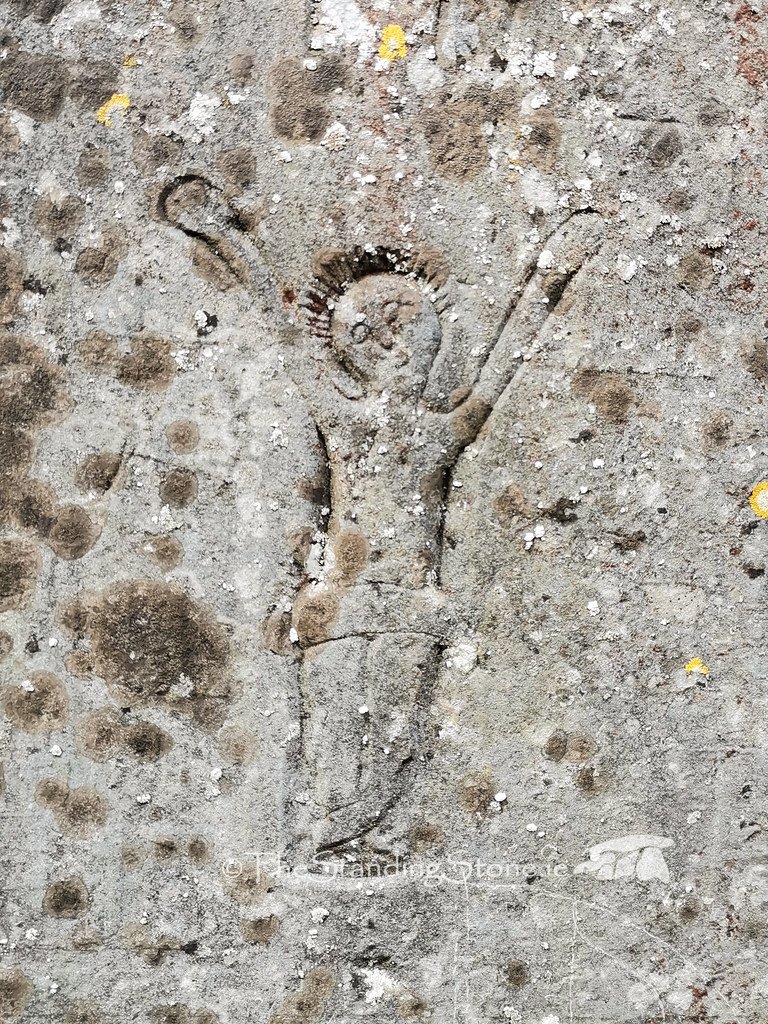 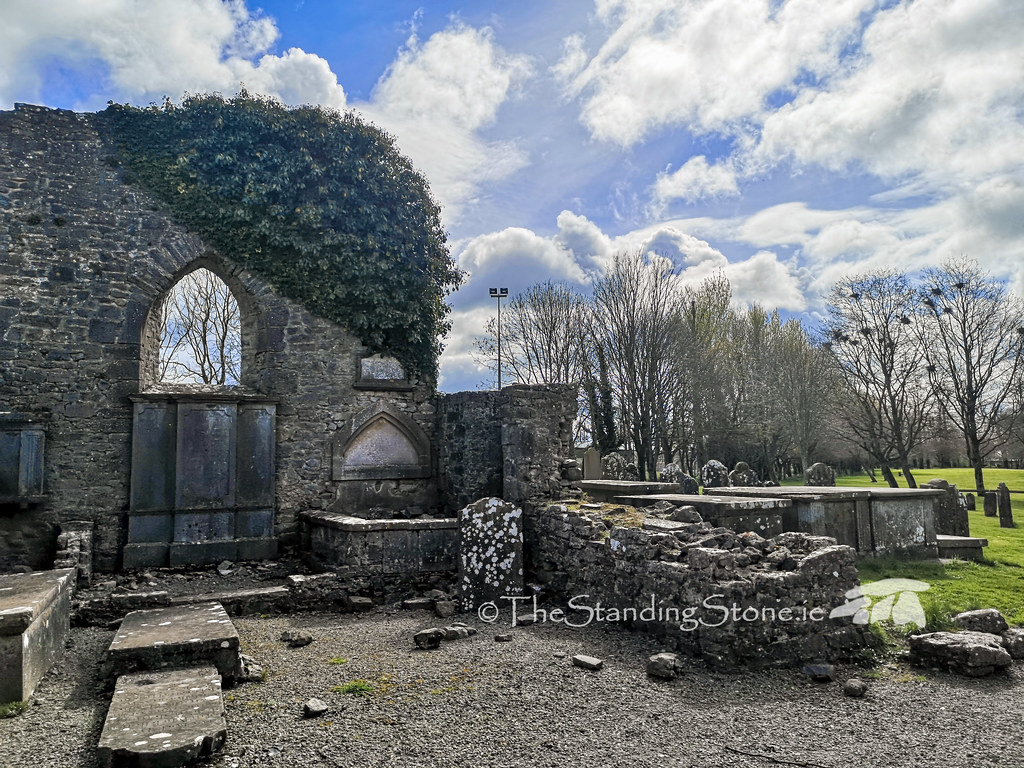 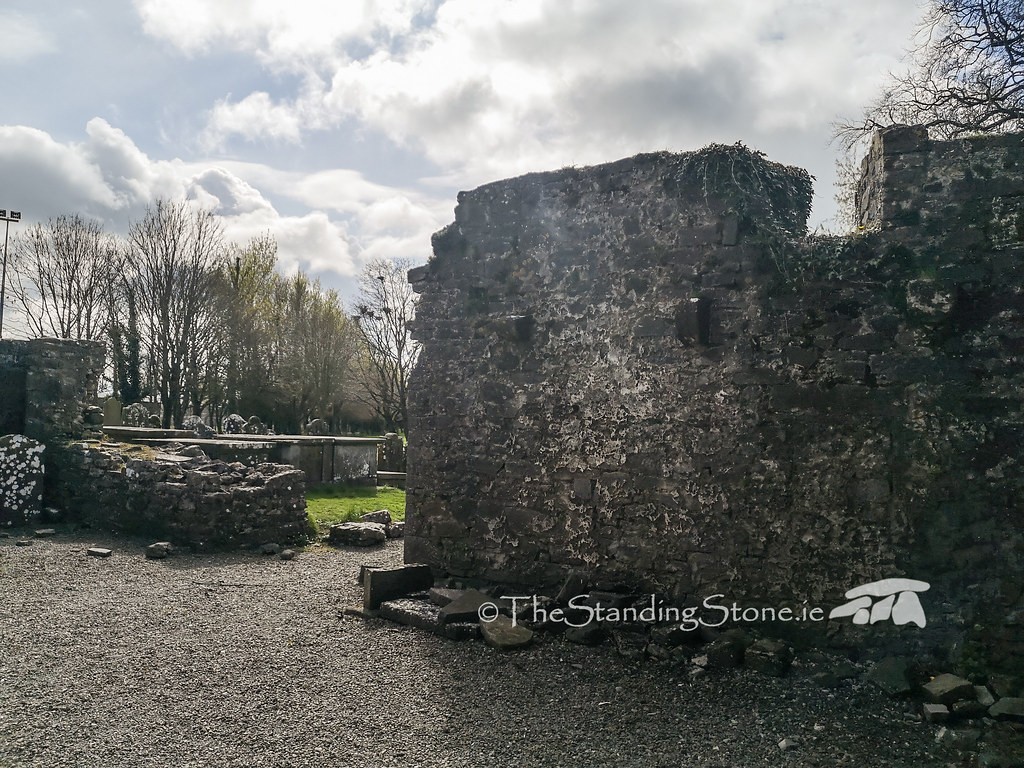 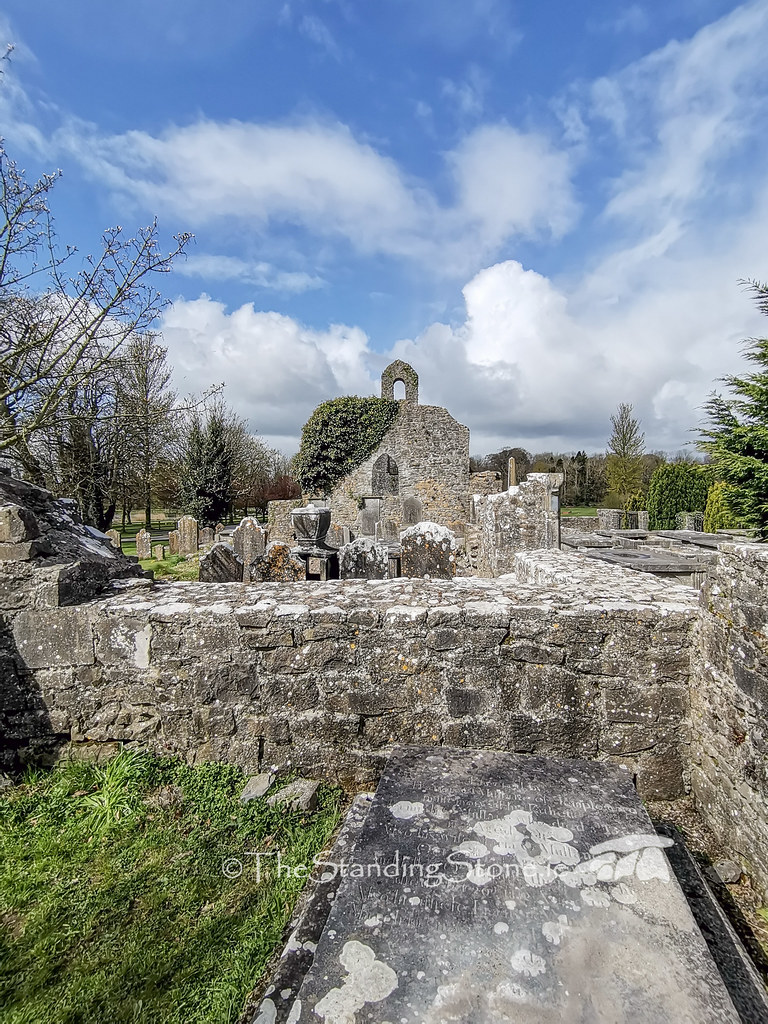 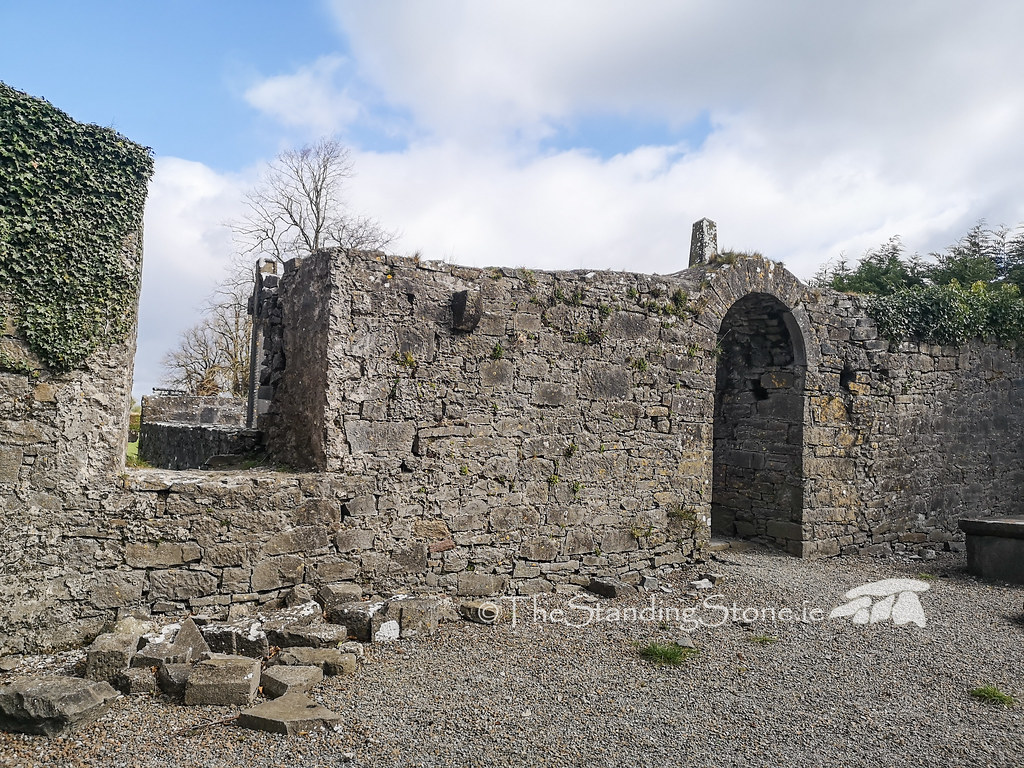 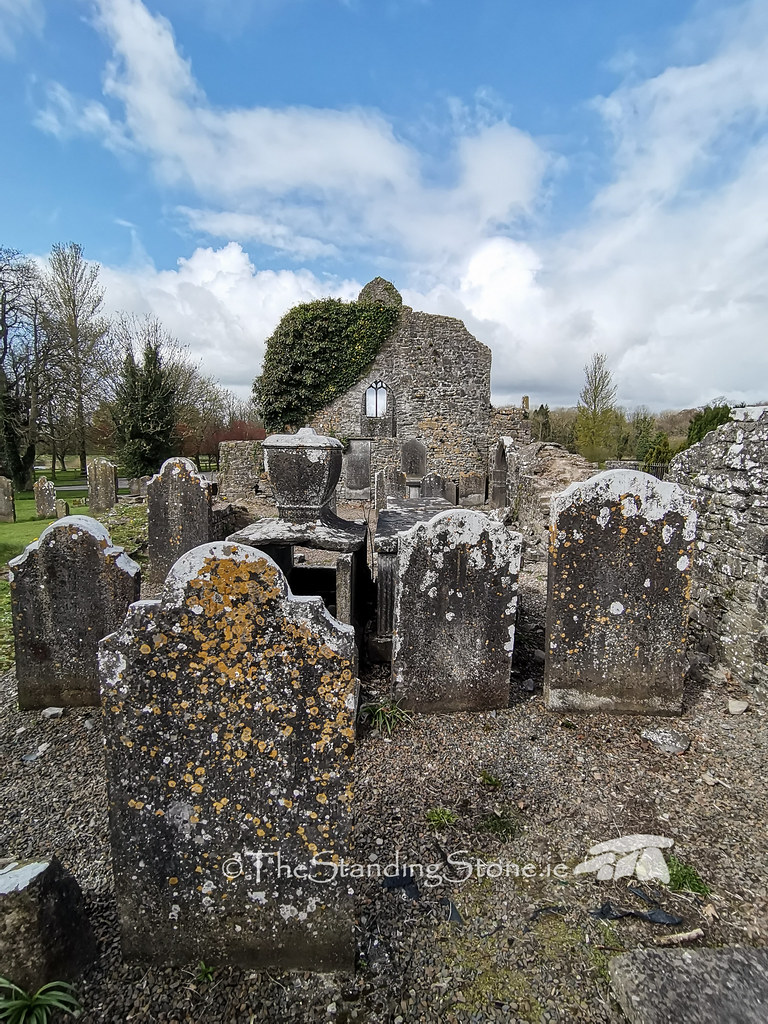 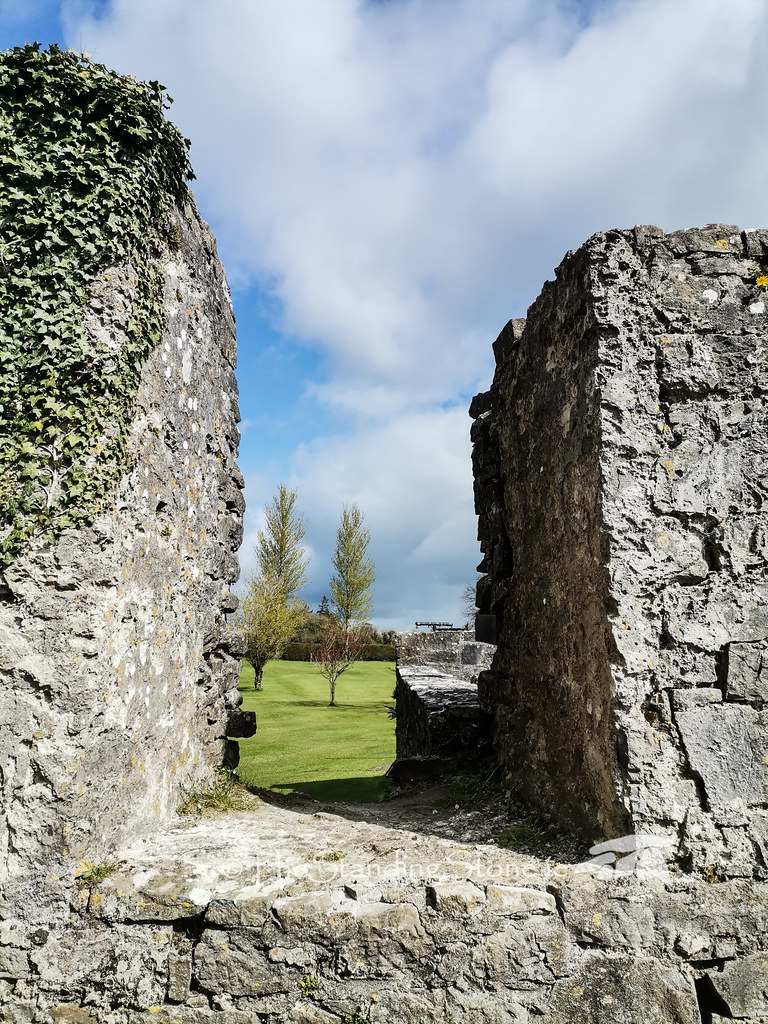 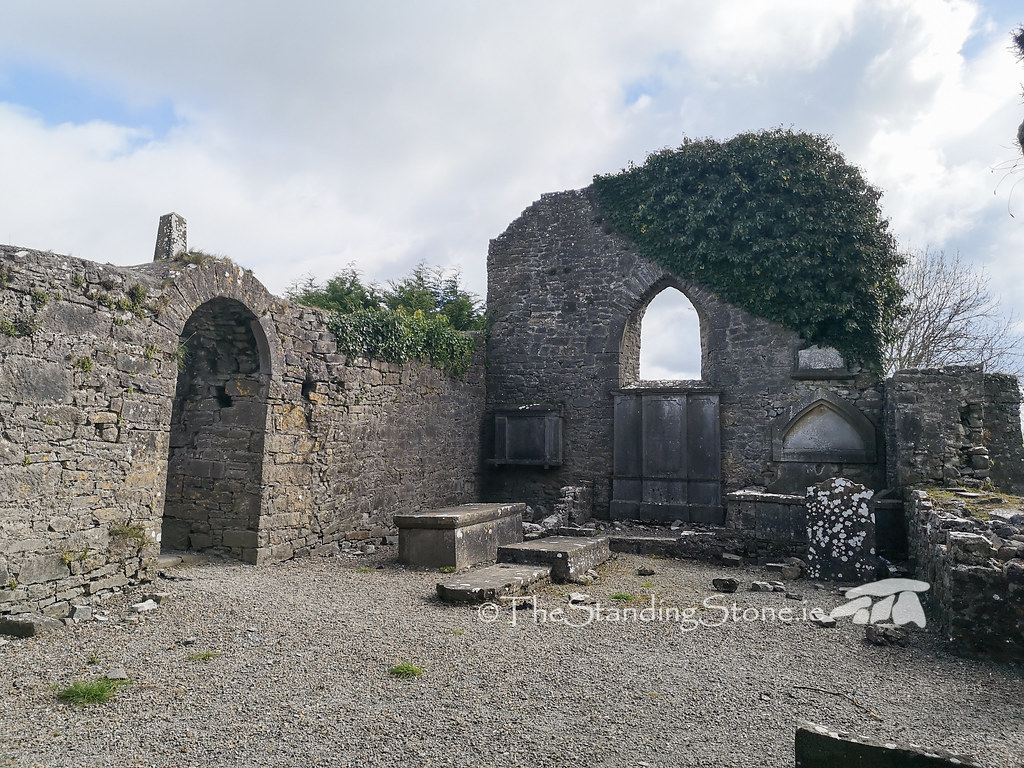