Description and History – I think that this might be my favourite cairn at the complex. It’s beautifully designed and constructed and the decoration is fantastic. This cairn measures 40.5m in circumference and 16m in diameter. Its cruciform shape is similar to that of cairn T on Carnbane East but it is significantly smaller. The kerb, which is complete, was reconstructed during excavations in the 1940’s. The interior remains as it was found during that excavation. The tomb has lost its covering cairn before Conwell arrived at the site in the 1860s but it was filled with about three feet of burned bones, quartz, pottery, sea pebbles and earth. The later excavations in the 1940s, led by Joseph Raftery, found similar debris from the Neolithic period. There were many Iron Age bone combs found also as well as some Roman finds. This led Raftery to conclude this was constructed during the Iron Age. However, his conclusion hasn’t been widely accepted and everything else about it screams Neolithic. Like cairn F the solar alignment falls a few weeks before a major solar event. In this instance it occurs about 2 weeks before Samhain (October 31st).

Difficulty – Right next to cairn L, which can’t be missed.

Back to the Loughcrew main menu. 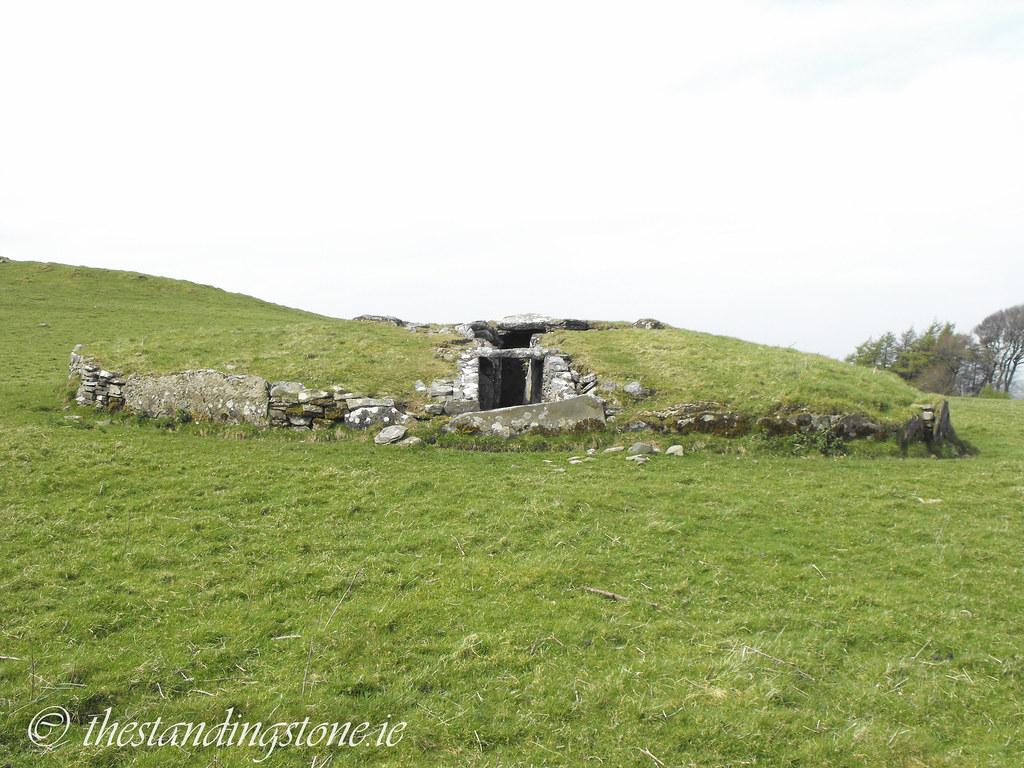 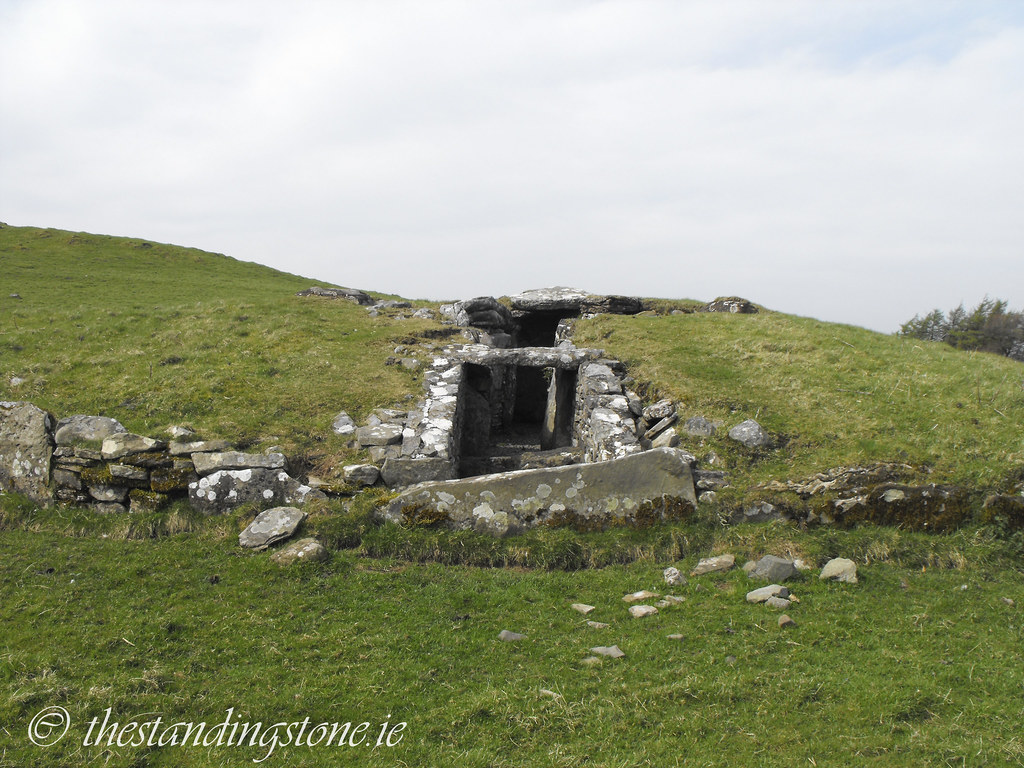 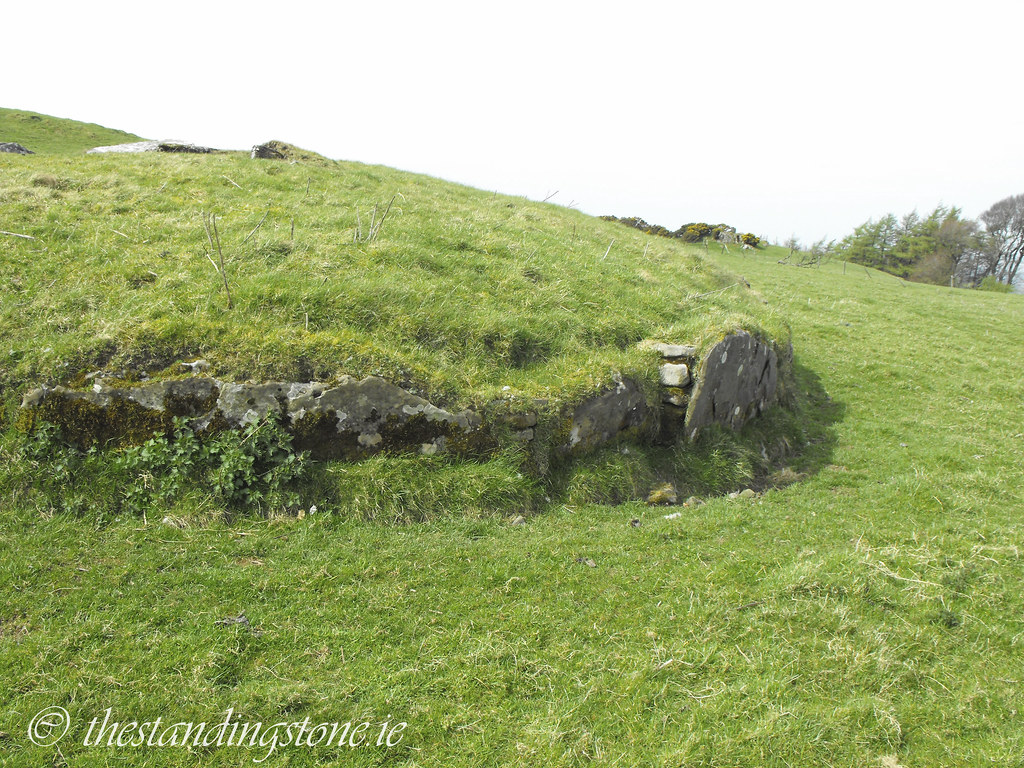 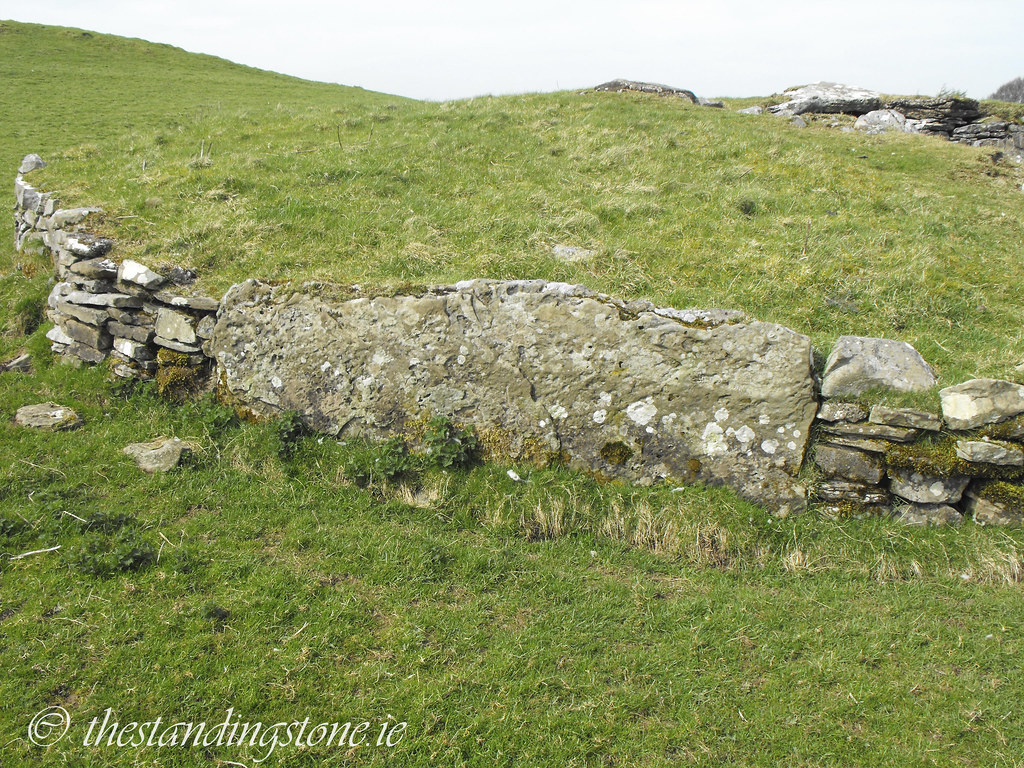 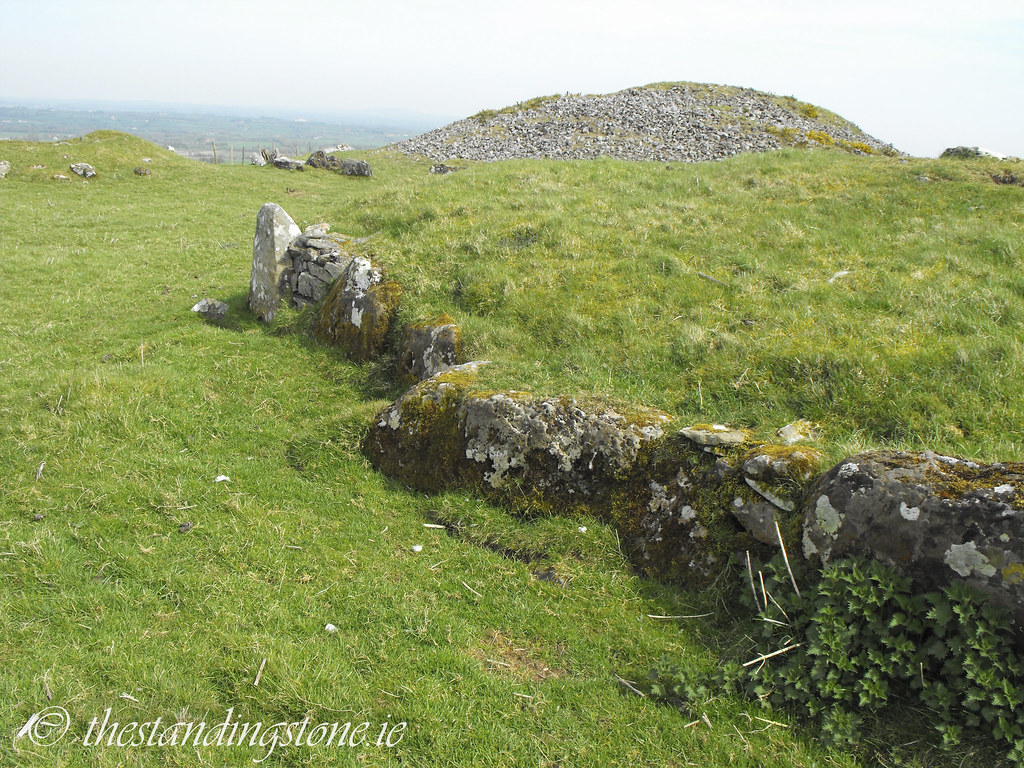 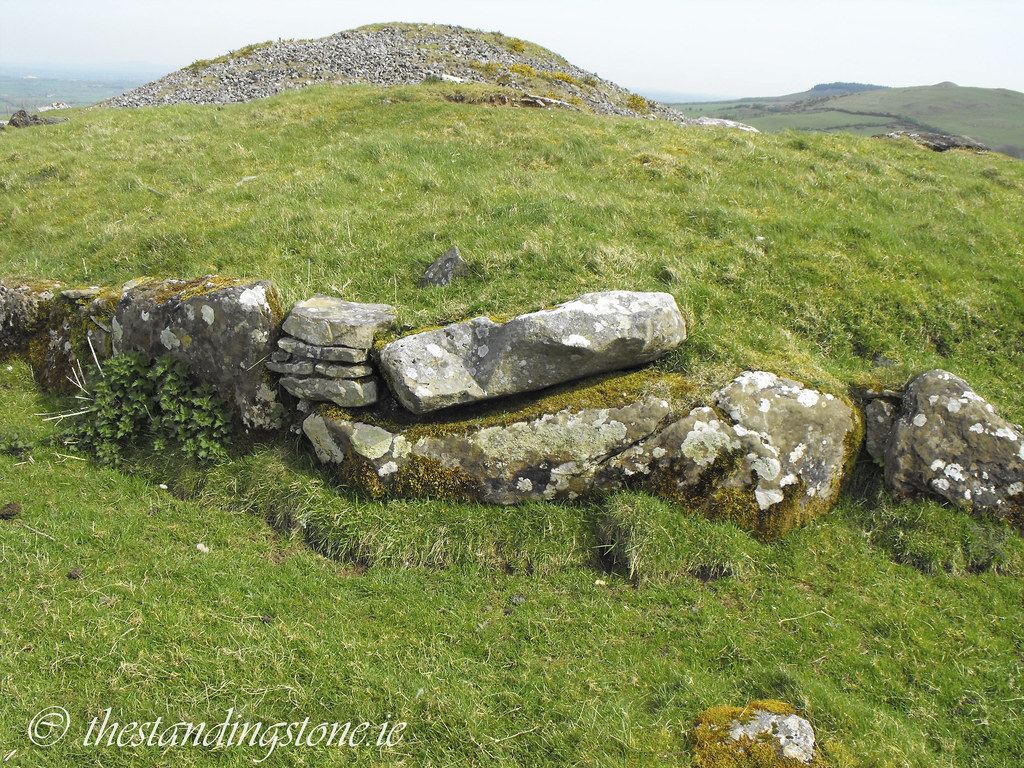 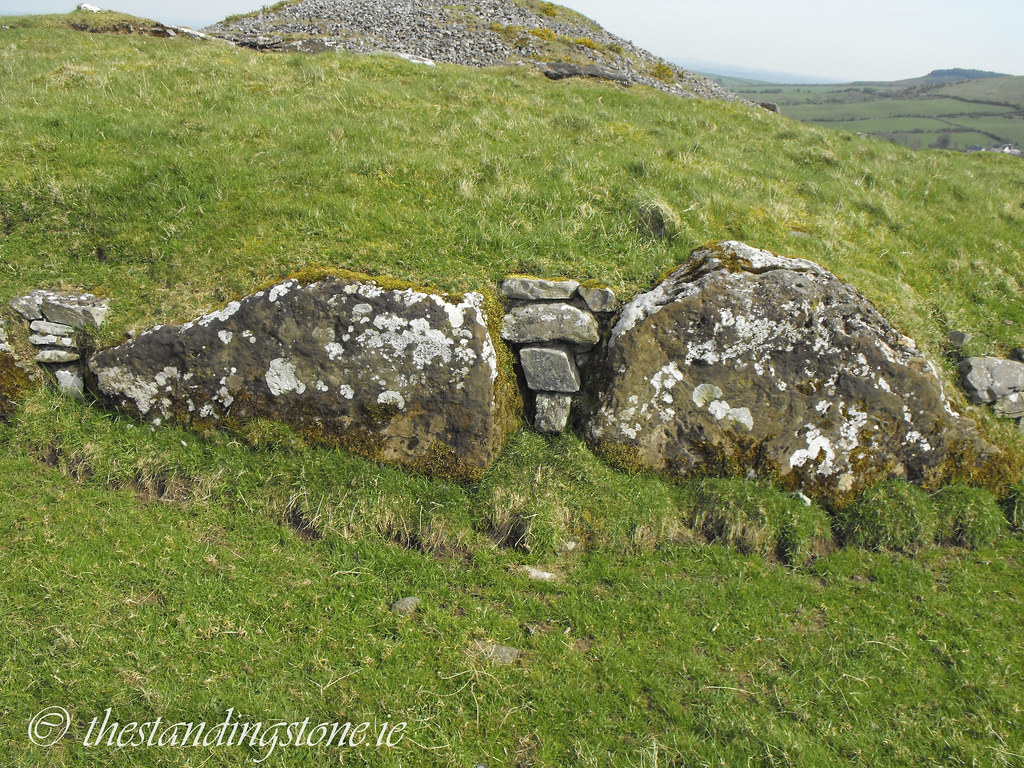 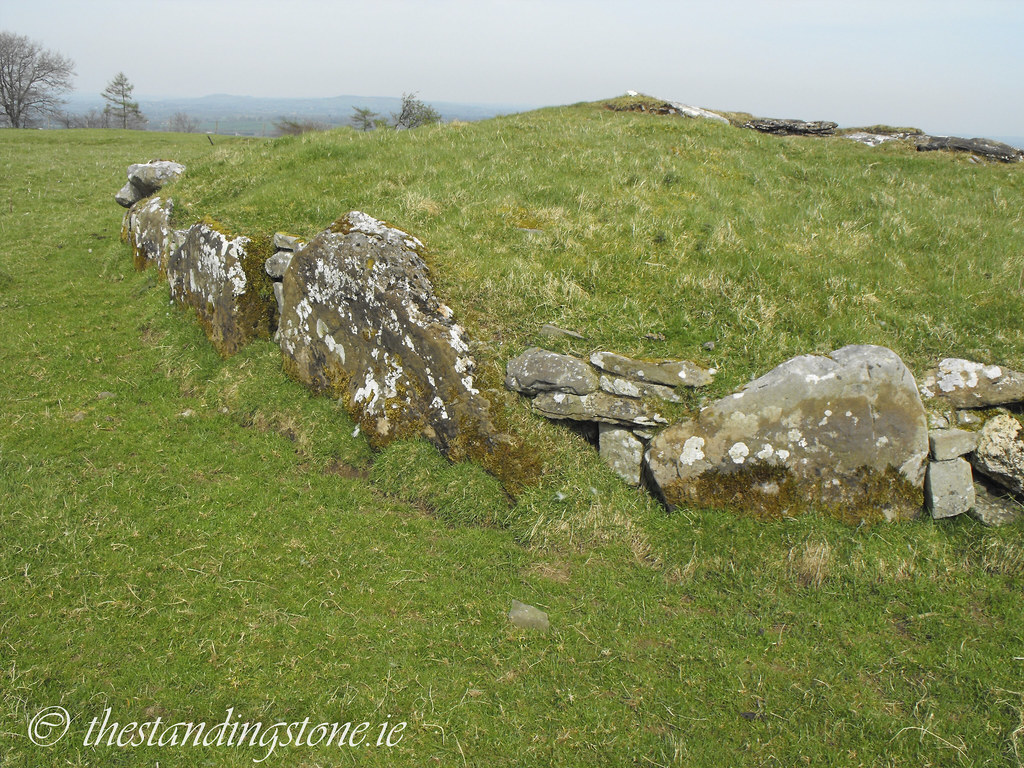 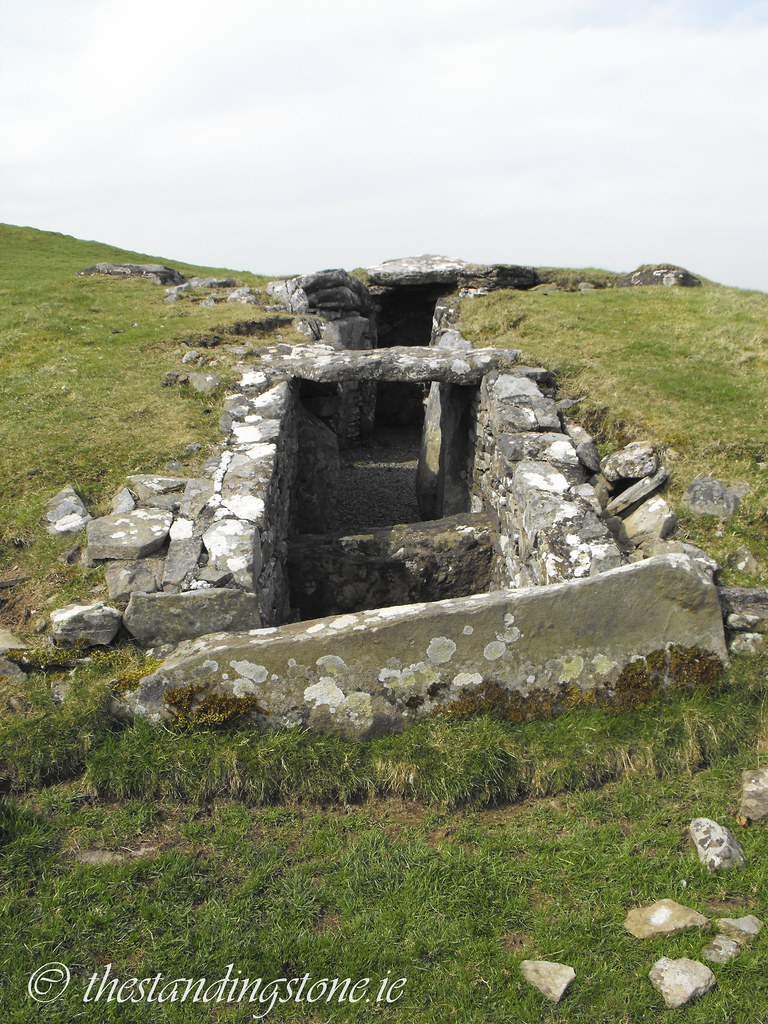 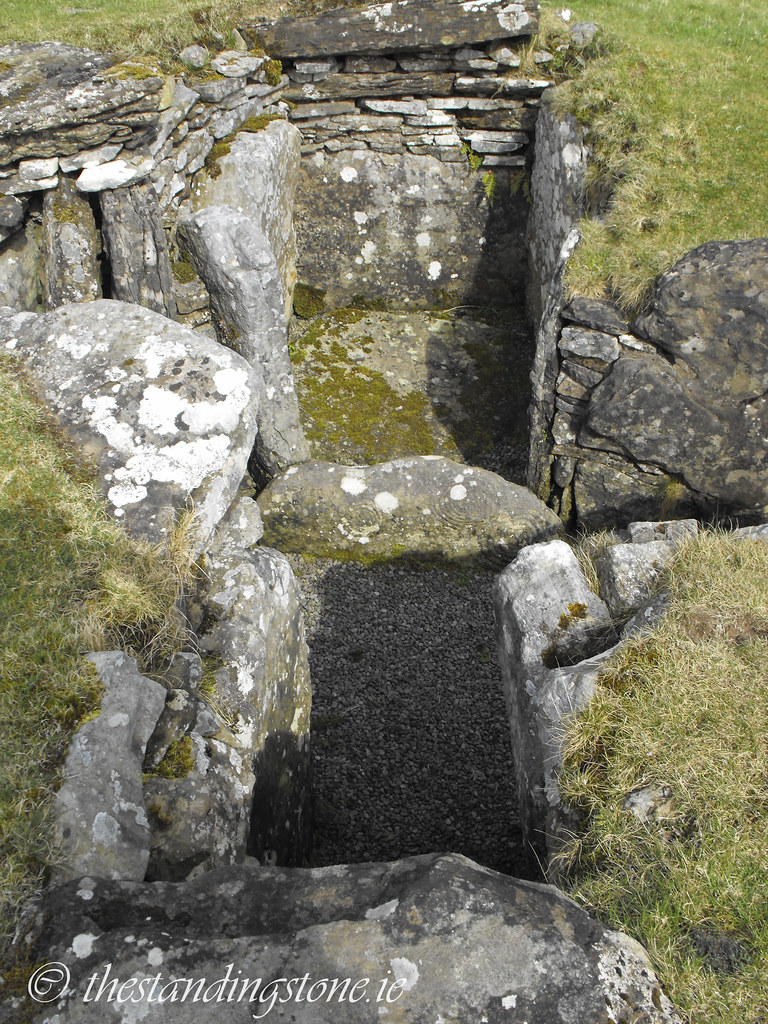 Looking down into the chambers. 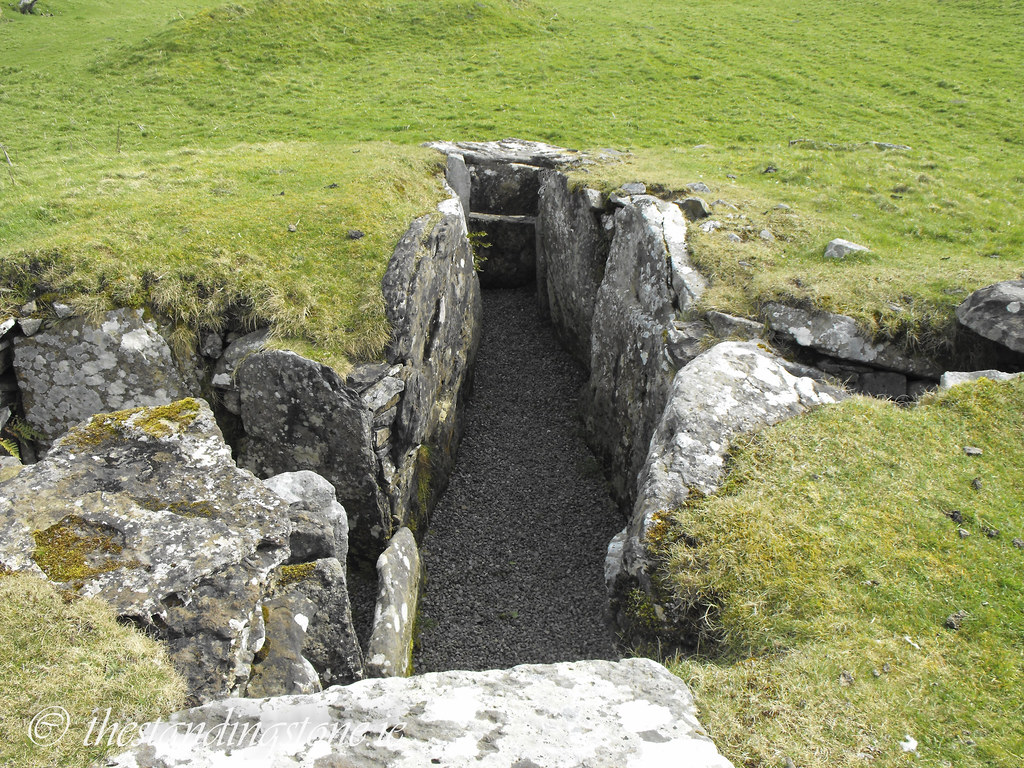 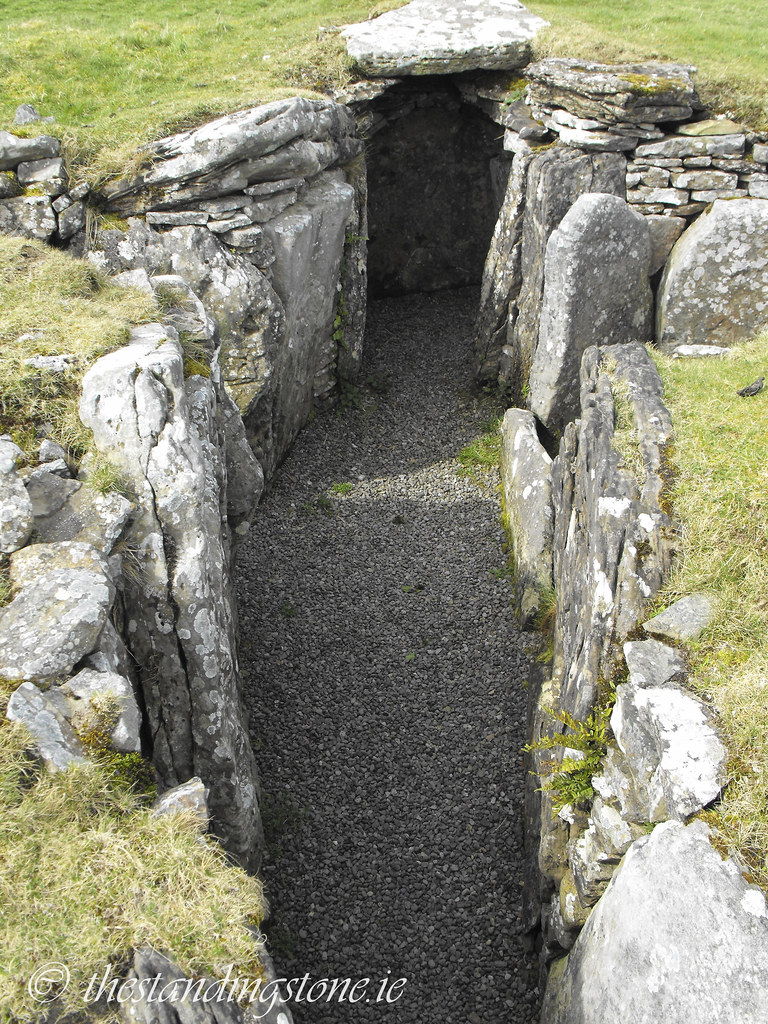 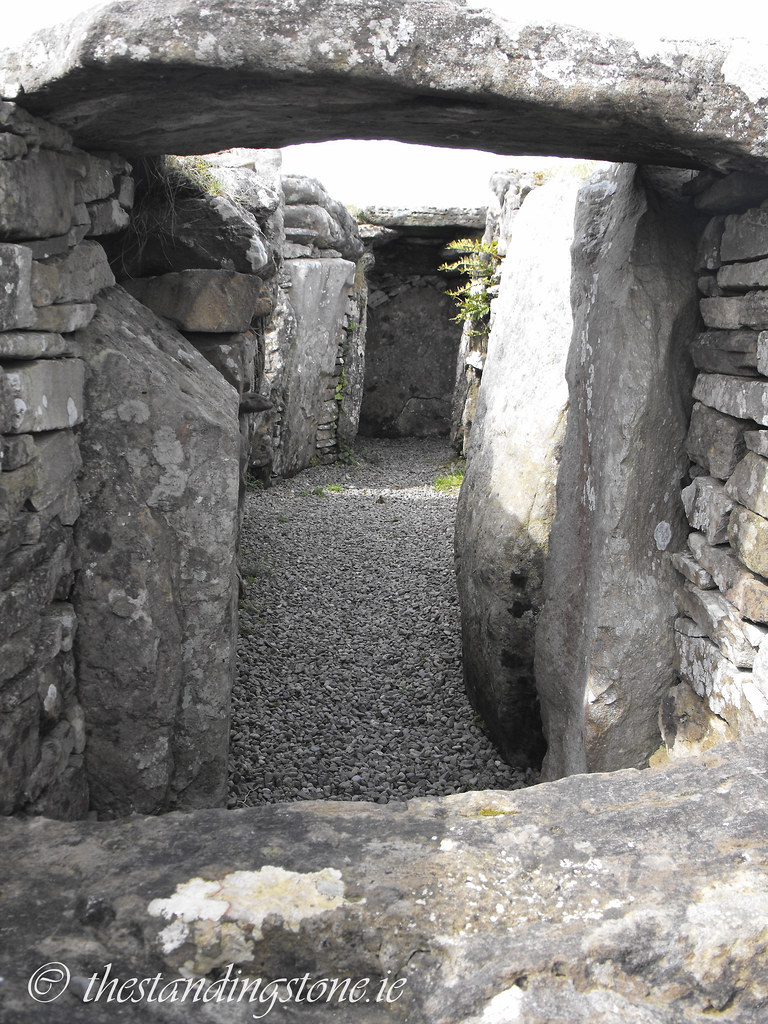 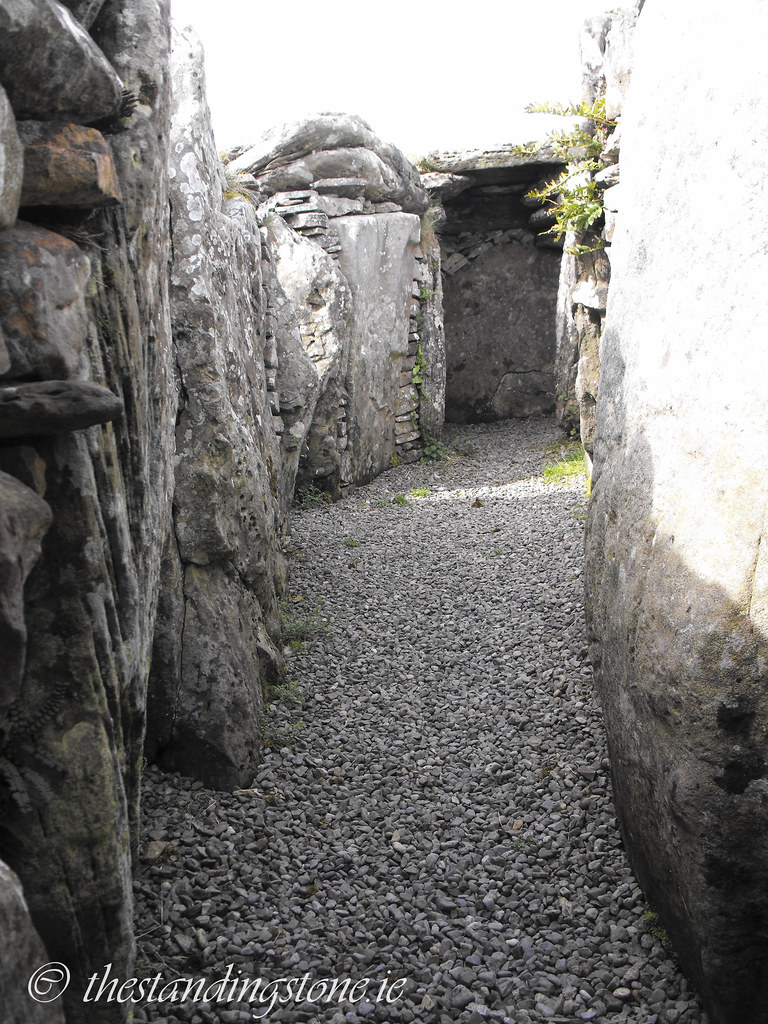 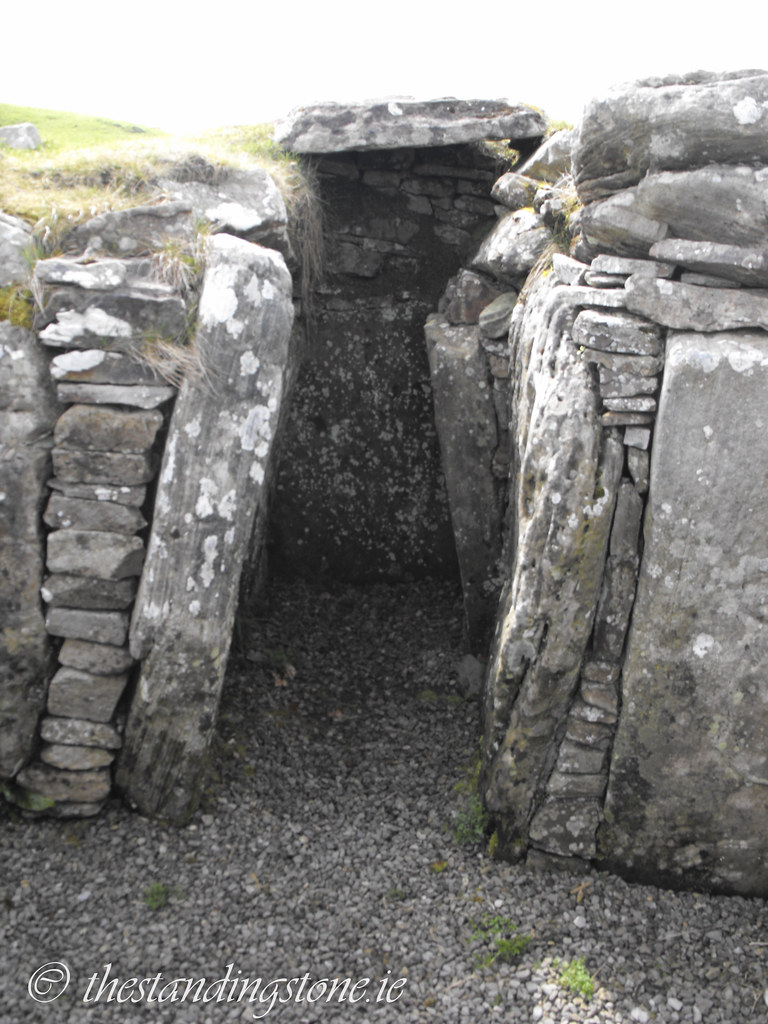 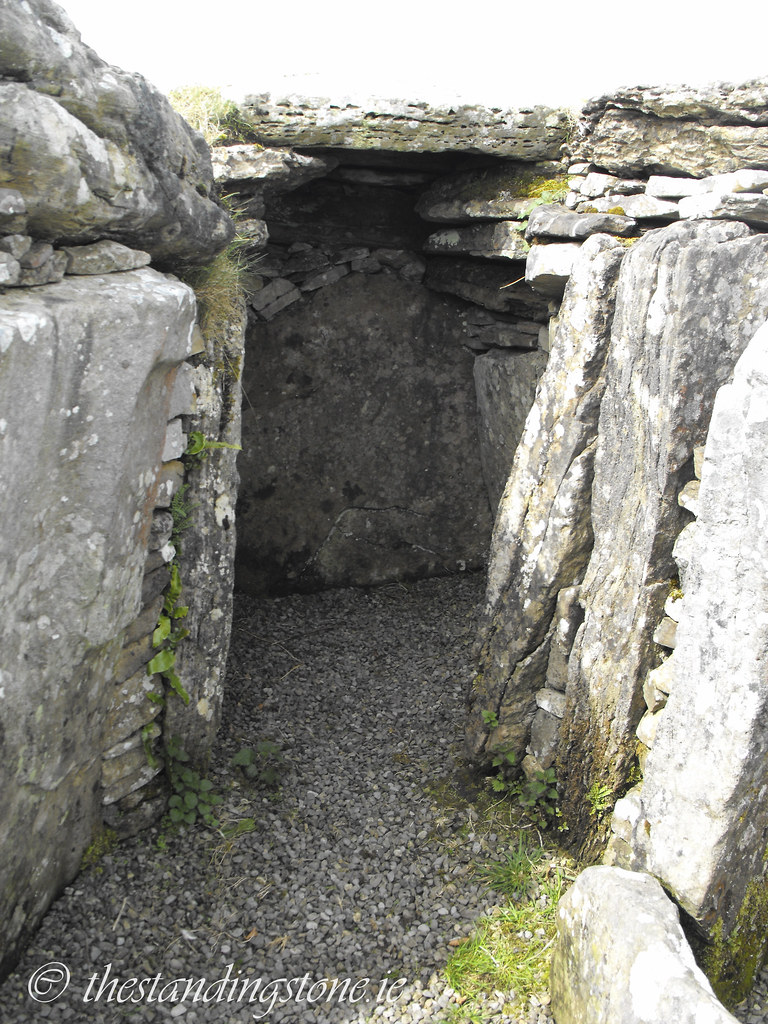 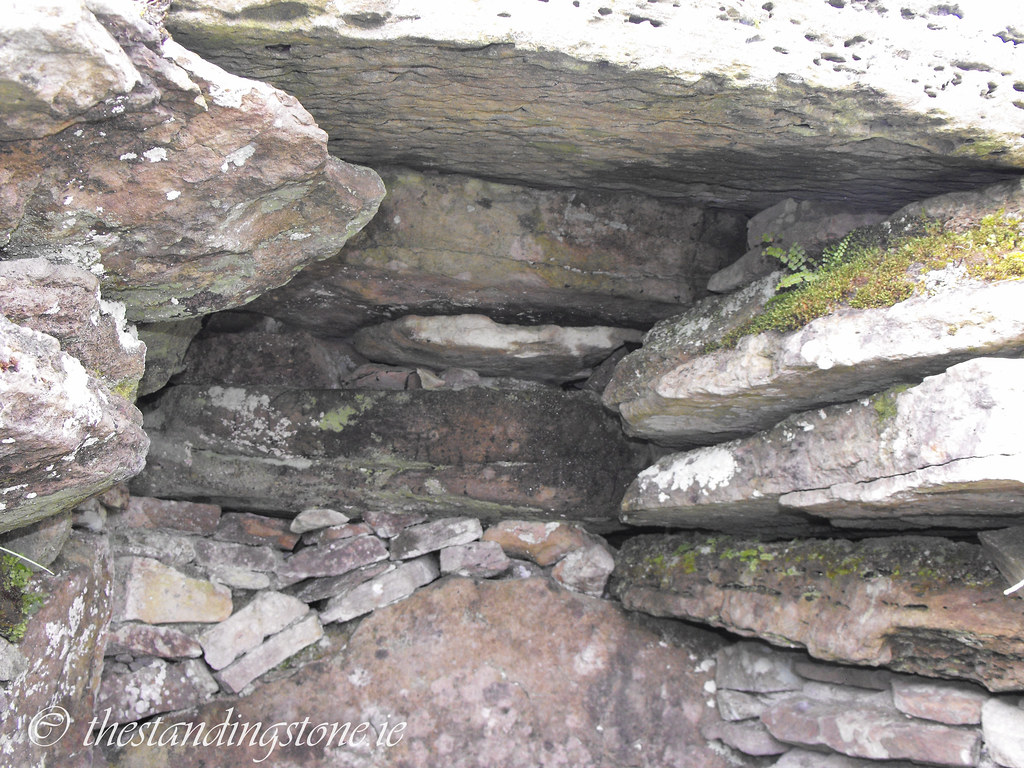 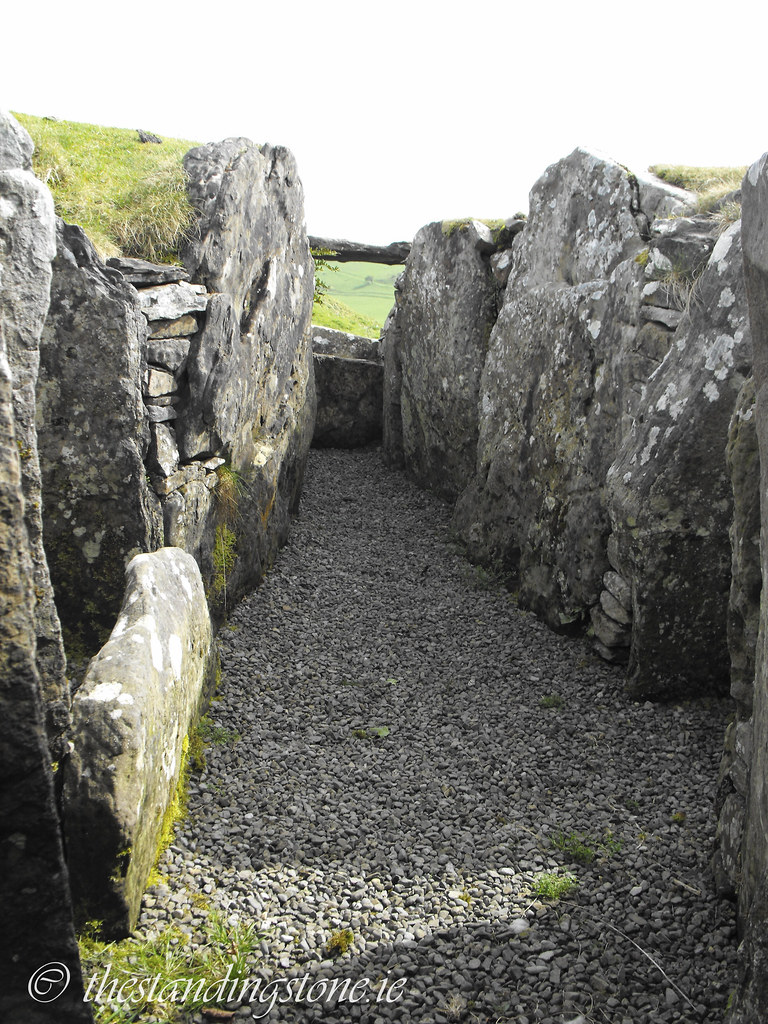 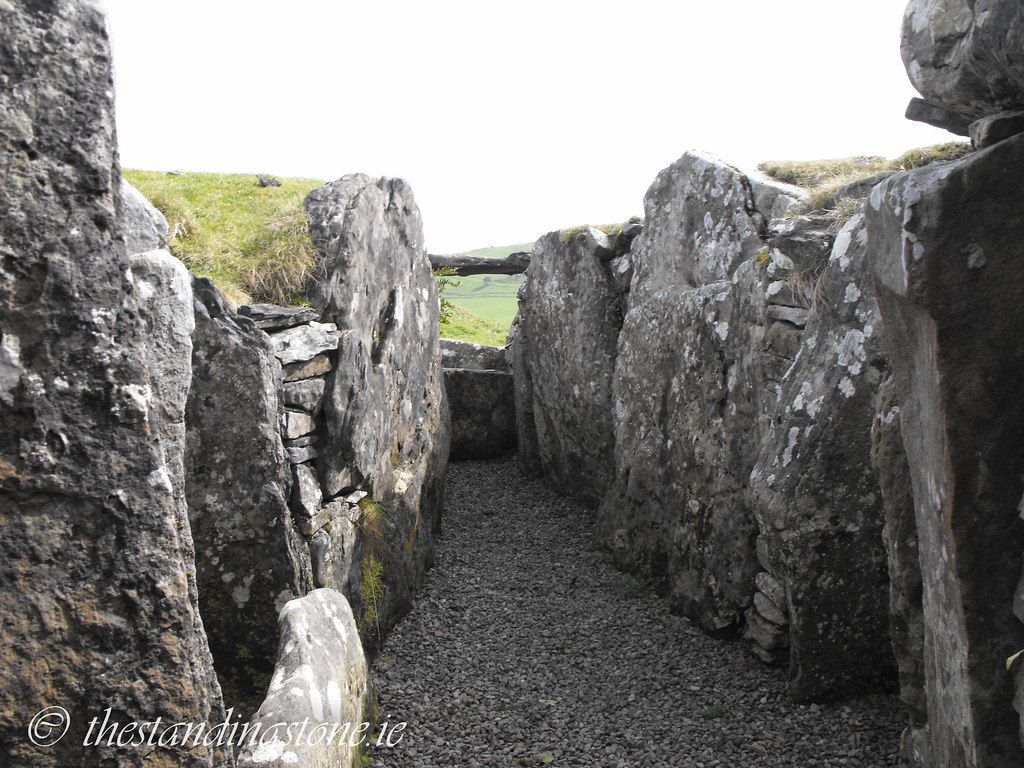 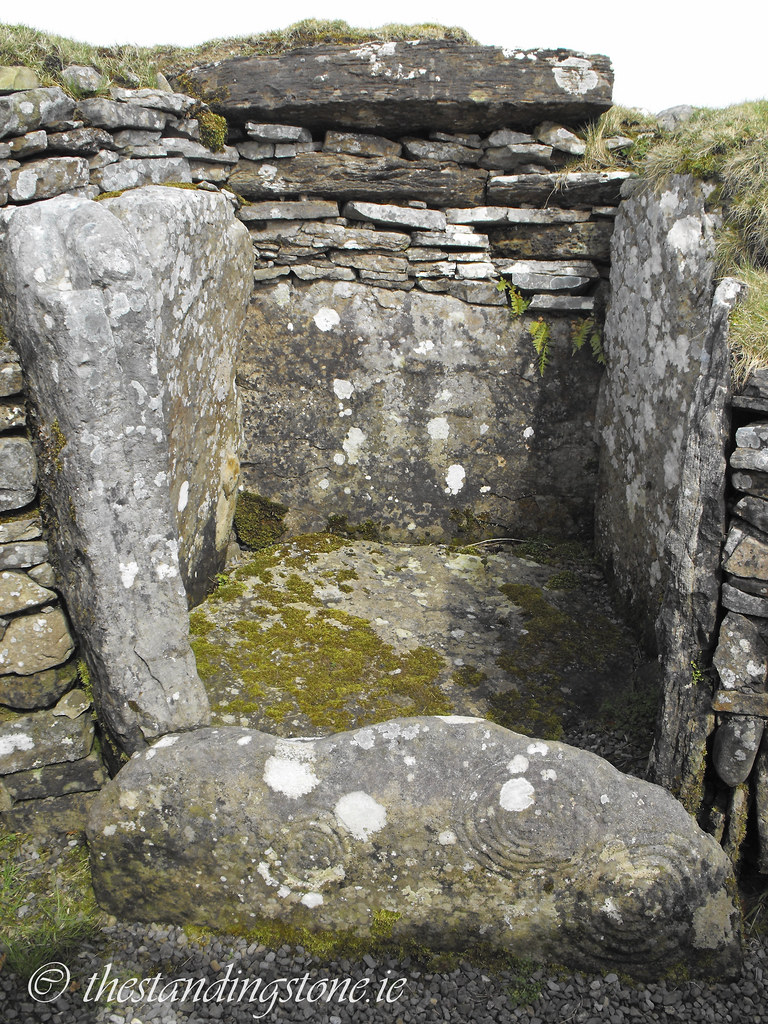 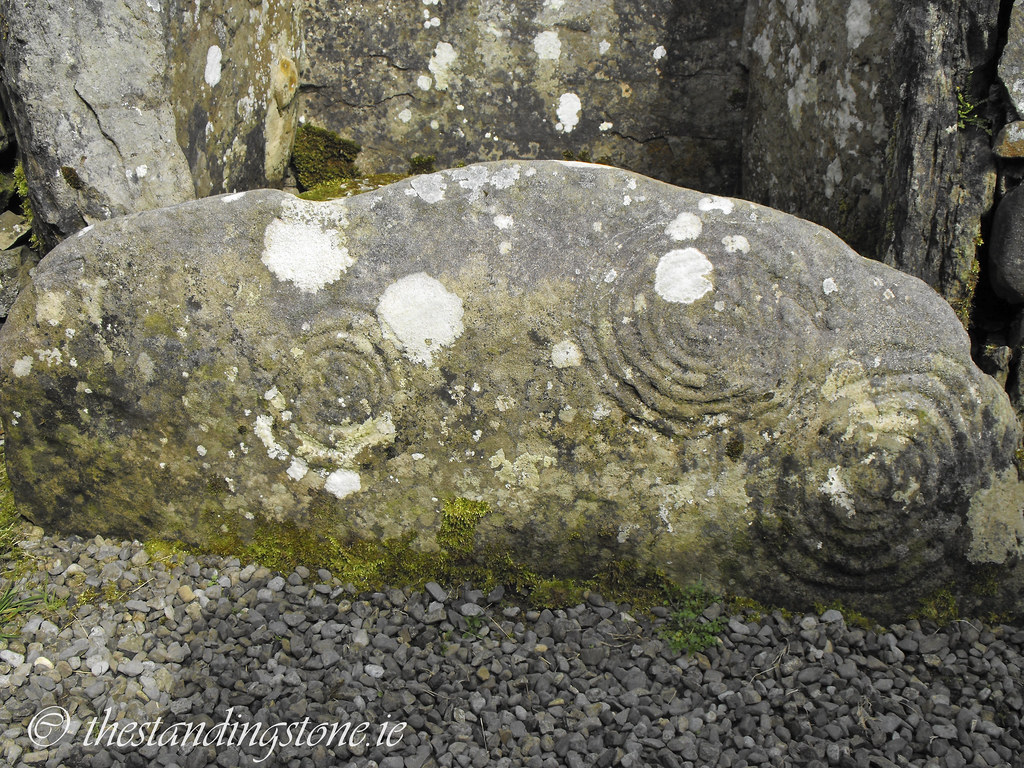 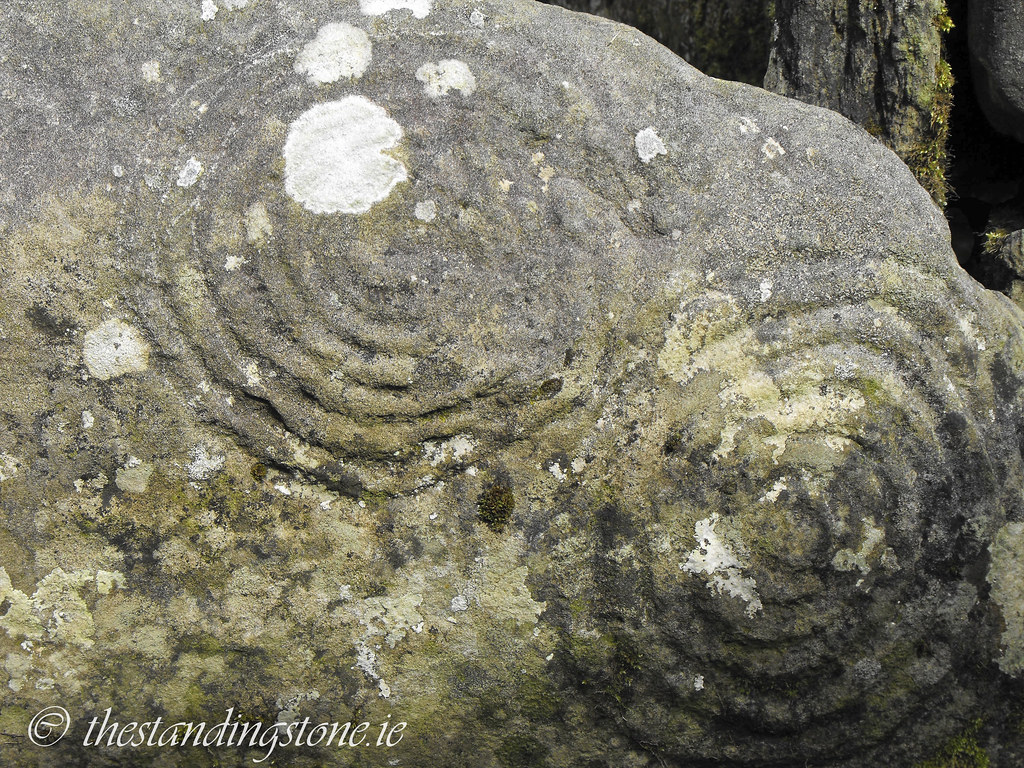 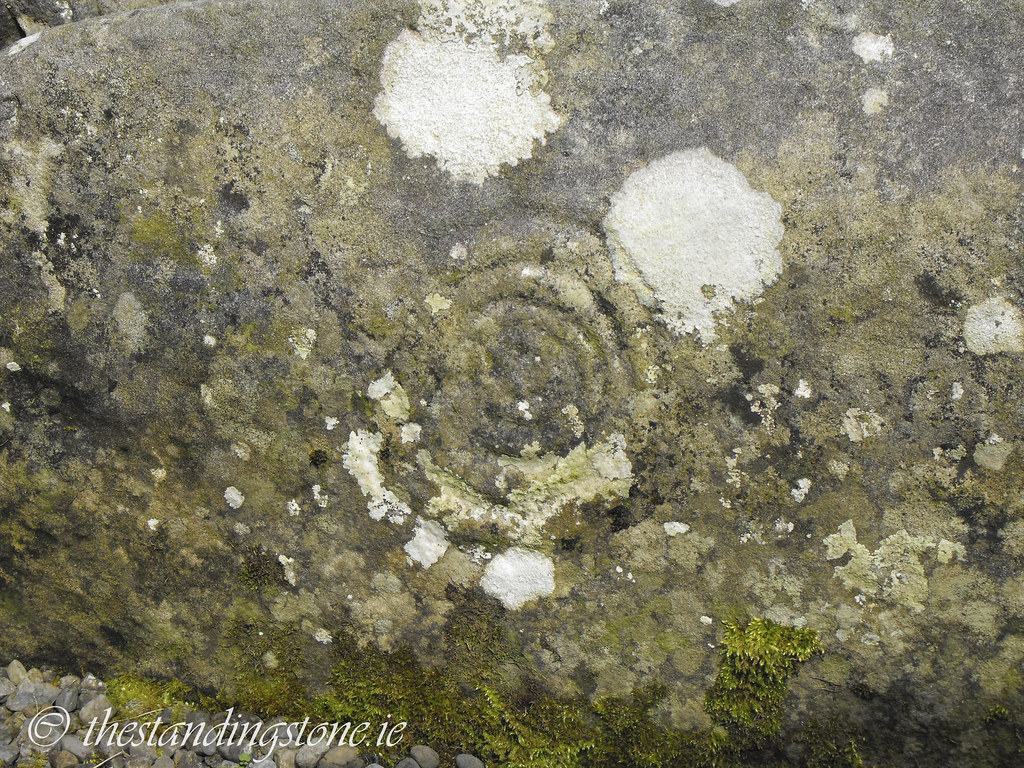 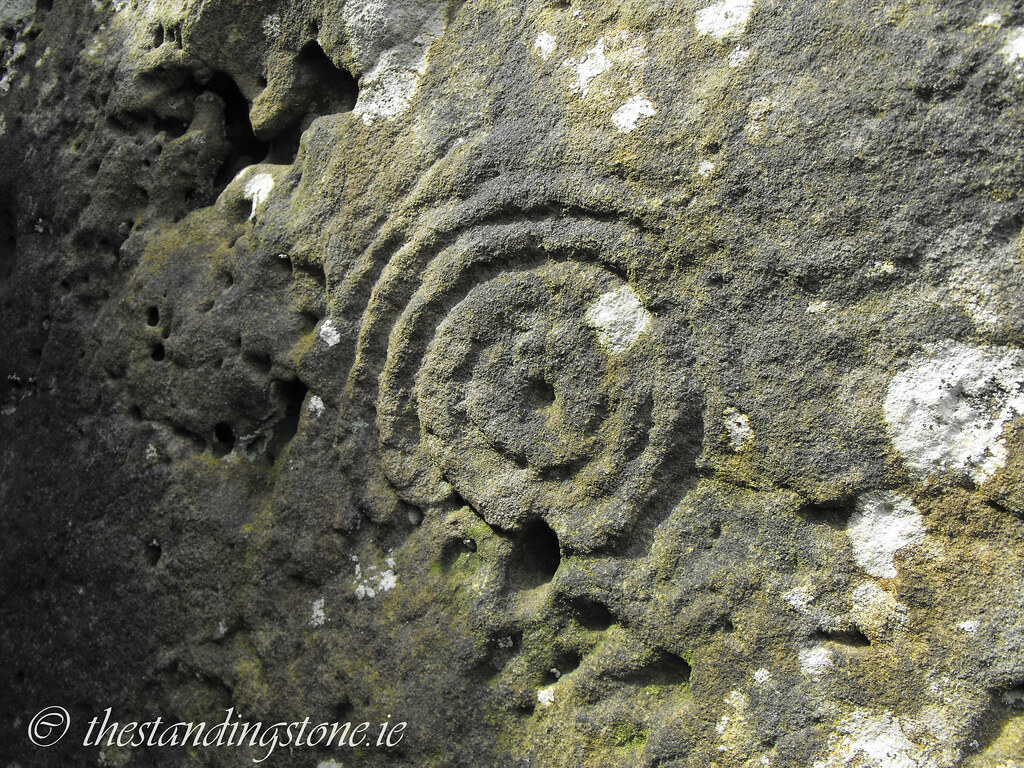 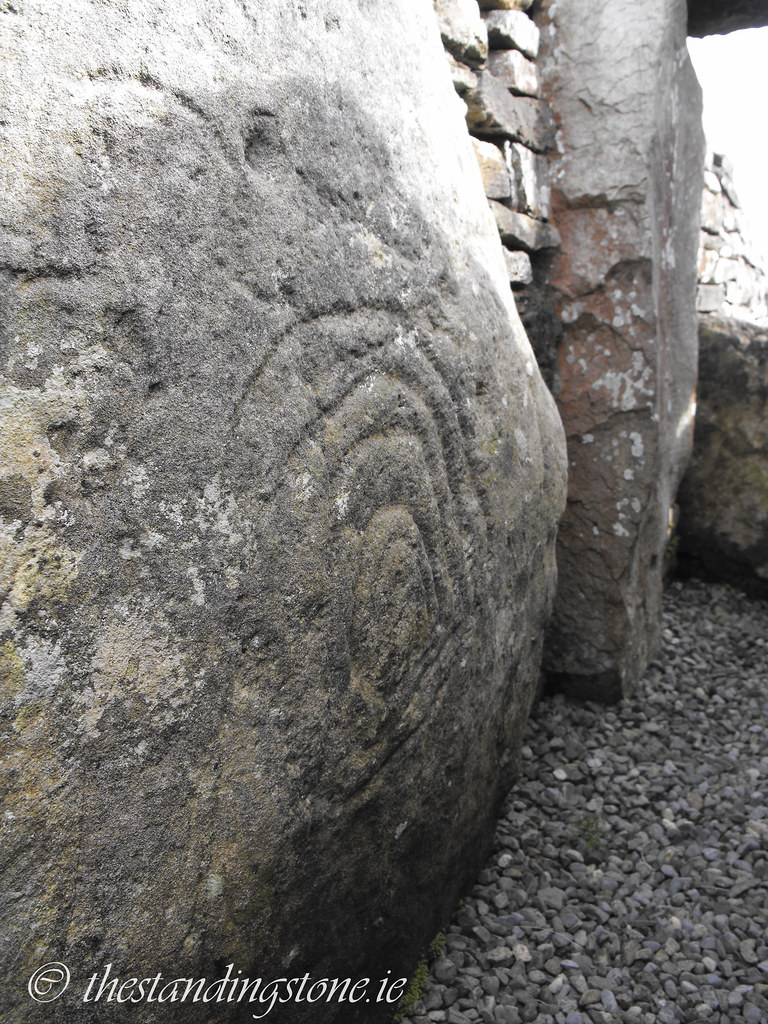