Location – The church is located on the R463 in Tuamgraney and is right next to Tuamgraney castle.

Description and History – St. Cronan’s makes quite a boast! It is Ireland’s oldest church still in use, with over 1000 years of continuous worship taking place here. A church was originally founded here by St. Cronan in c550AD. This is not the same Cronan that founded Roscrea. The site was looted by Vikings in 886AD and again in 949AD. The original structure destroyed in this second attack and it was then that the present structure was constructed. It was built by the Abbot of Tuamgraney, Cormac Ua Cillín, between c949-964AD and later repaired by Brian Boru in c1012. Brian Boru’s brother, Marcán was the Abbot of Tuamgraney at the time and it is located not far away from their ancestral home. Apart from being the oldest continually used church in Ireland it is also the only building with a firm link to Brian Boru. A round tower was also built at this time, but no traces of this now survive. A heritage centre was established here in 1989, but in 2014 the Church of Ireland dean refused to renew the license and the building returned to being purely a place of worship.

The building is a simple nave and chancel church, constructed of sandstone. The original 10th century doorway is still in situ with two inclined jambs raised architrave, and huge lintel, making it quite distinctive. The church was expanded beyond the present nave in the 12th century as can be seen in the Romanesque style windows with chevron design, and carved head. In 1990 three stained glass windows were installed, titled ‘The Ascension’. These windows were designed by Alfred E. Child and were commissioned in 1906 and moved from their original location in Kilfinaghty, Clare.

Underneath the church there are vaults which contain burials, but these were filled with rubble during works on the 1960s, which is a shame.

This is a really fascinating church, and so fantastic to see it still being used. It is well worth visiting and taking the time to explore.

Difficulty – Very easy to find and get around. 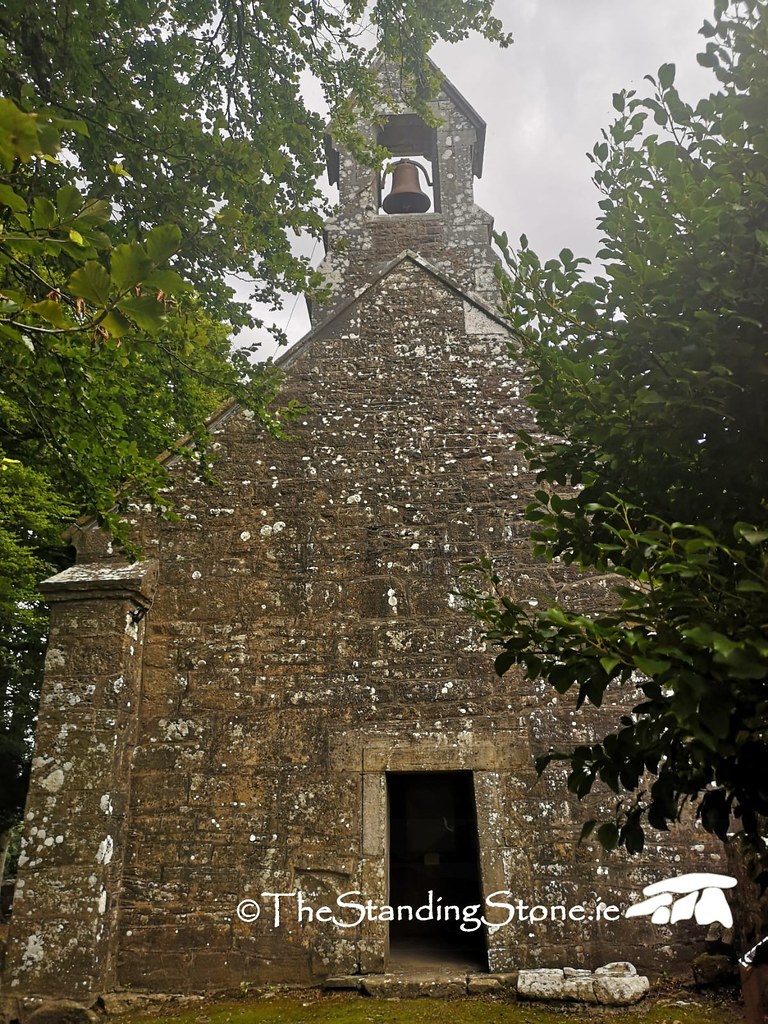 There isn't much room around the church, so it is hard to get a good full image of the site. 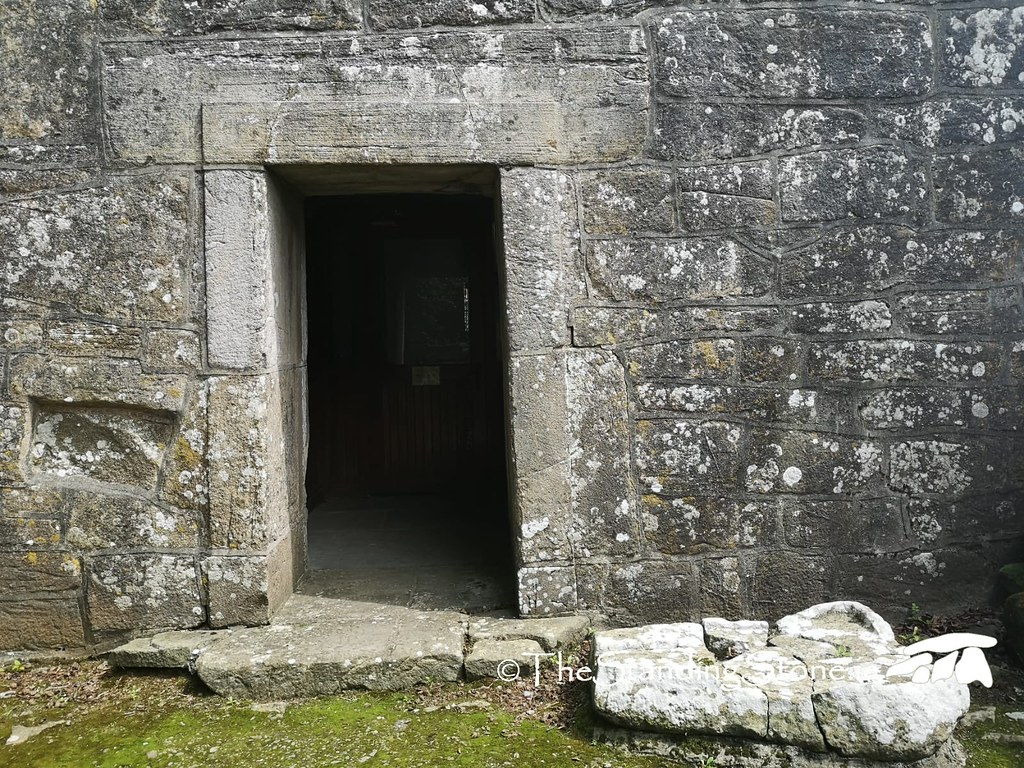 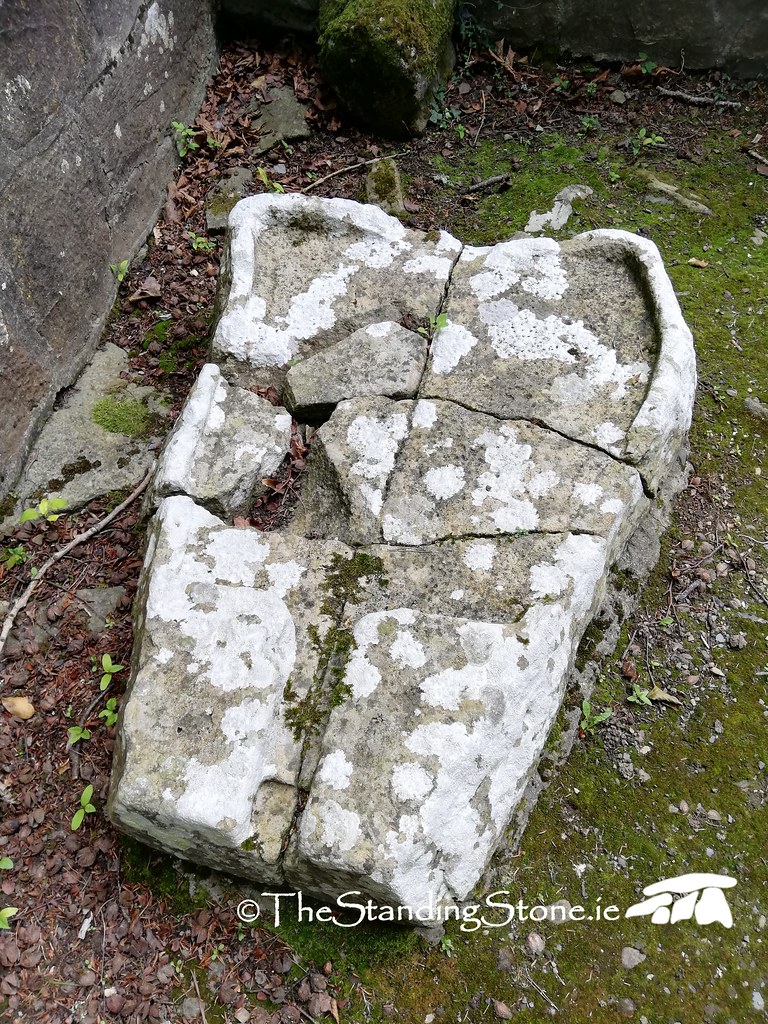 This curious stone is located just outside the doorway and is similar to washing stones found in other locations. 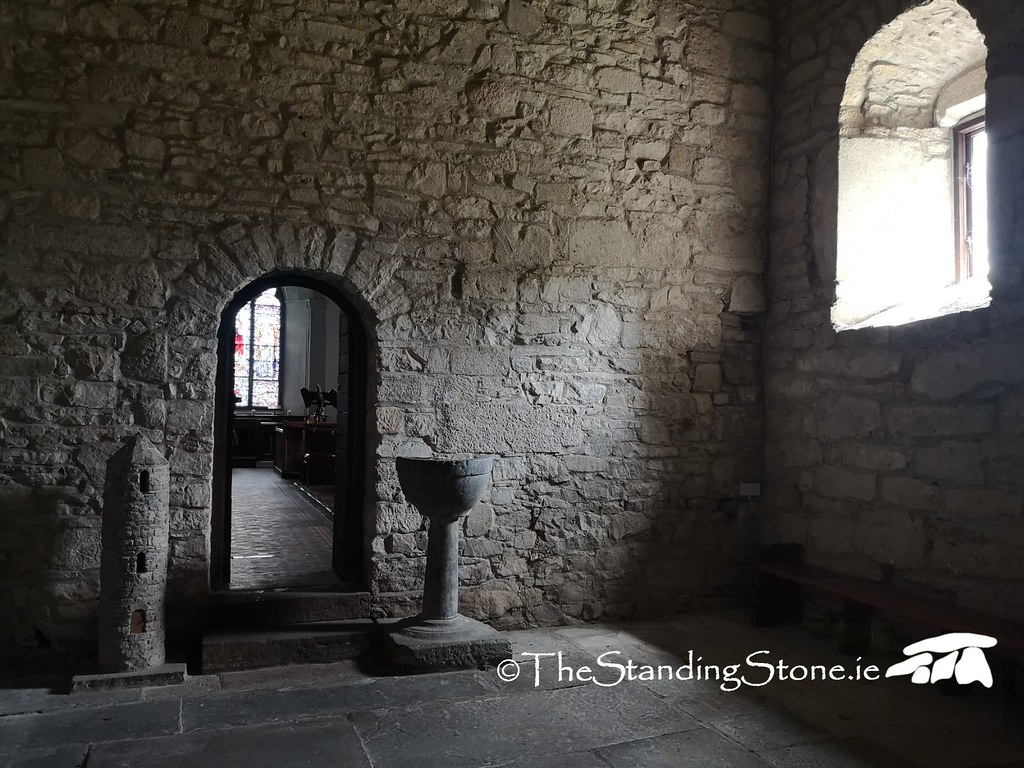 Inside the 10th century nave portion of the church. 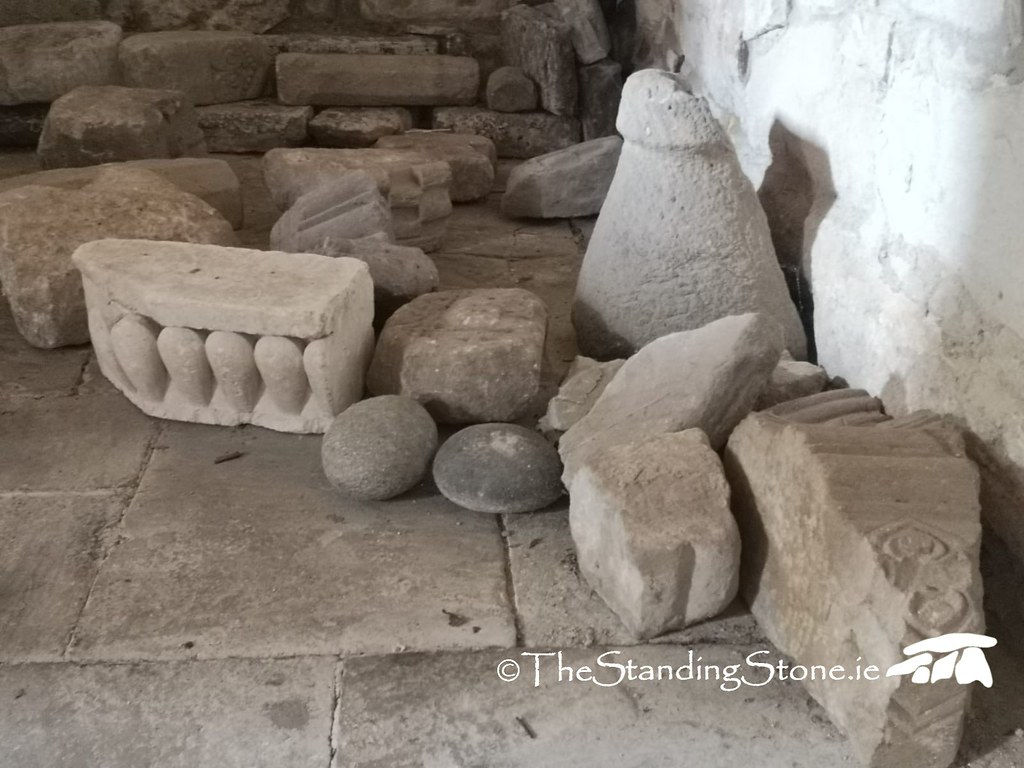 A collection of architectural fragments sits inside the nave. 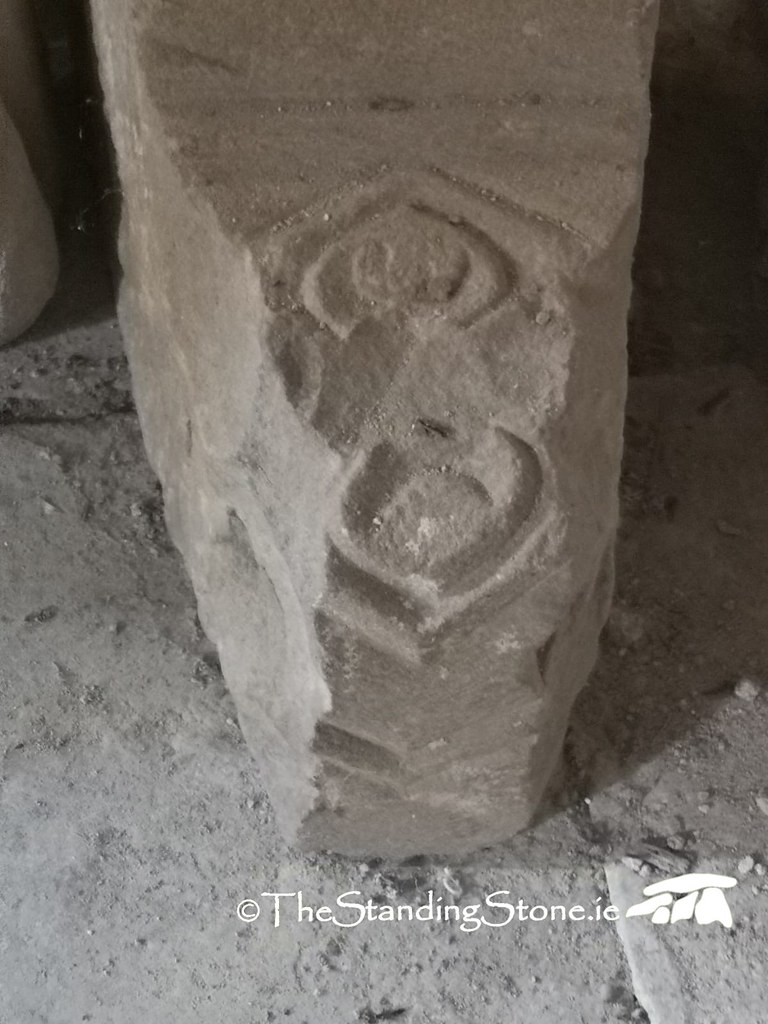 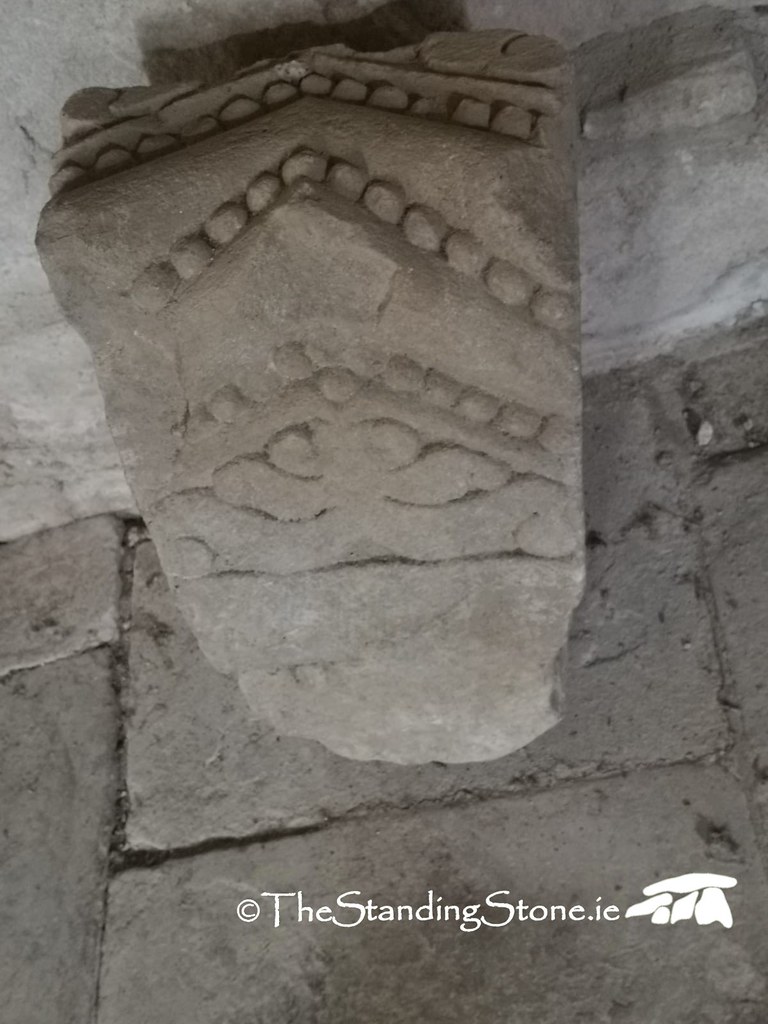 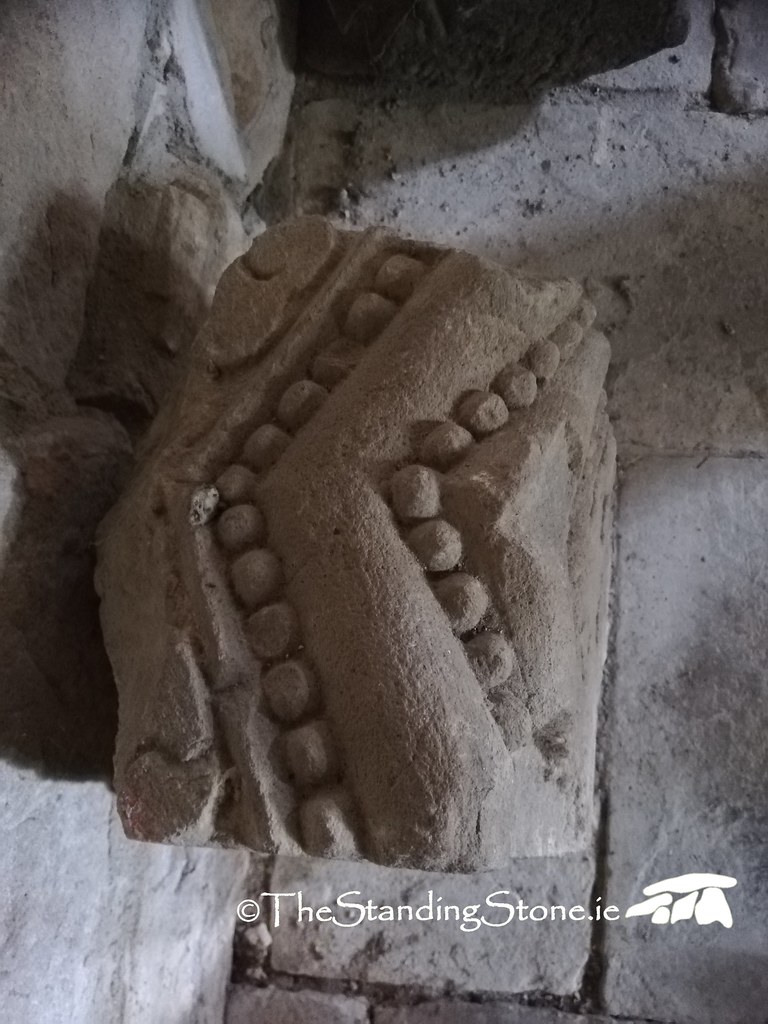 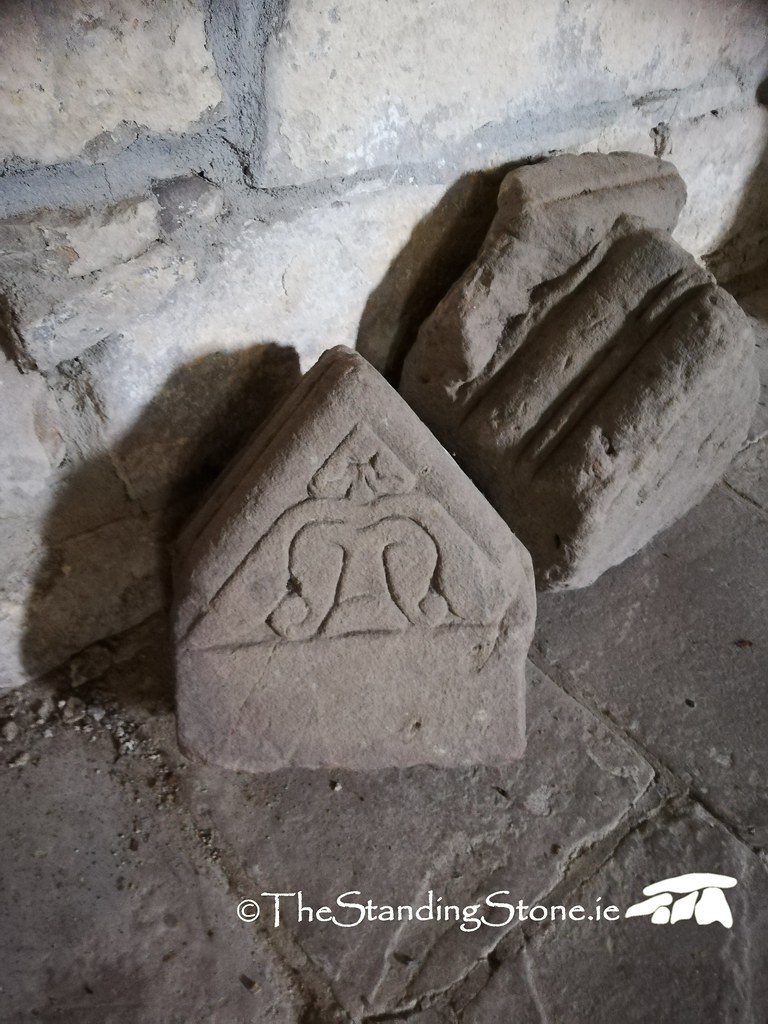 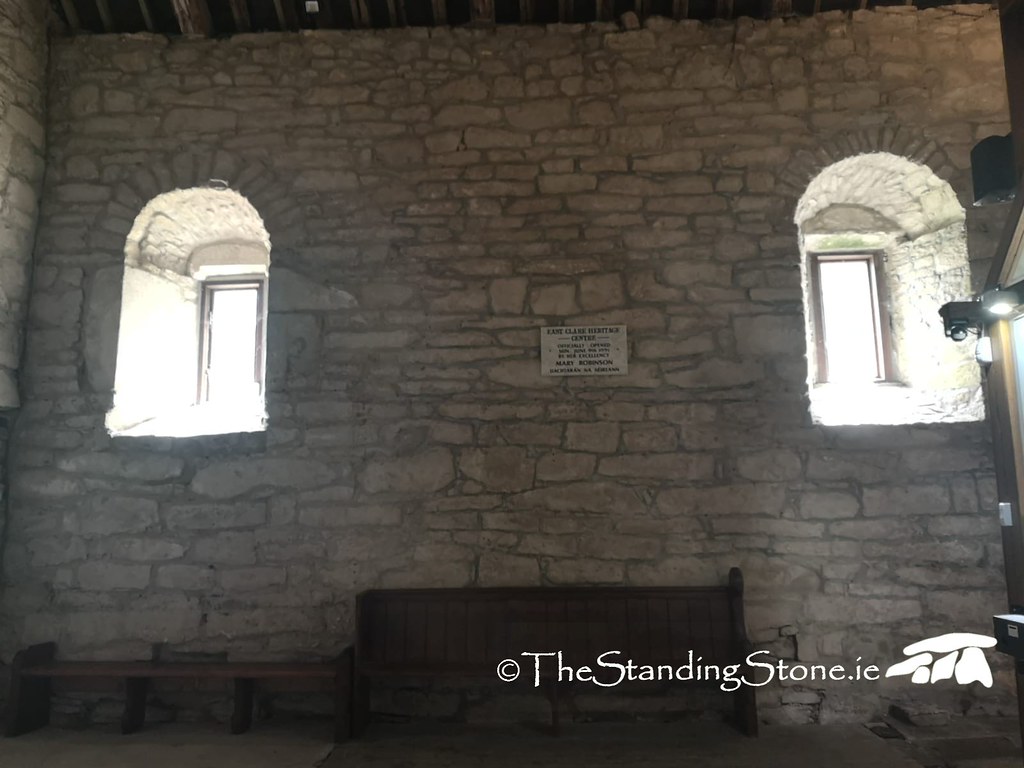 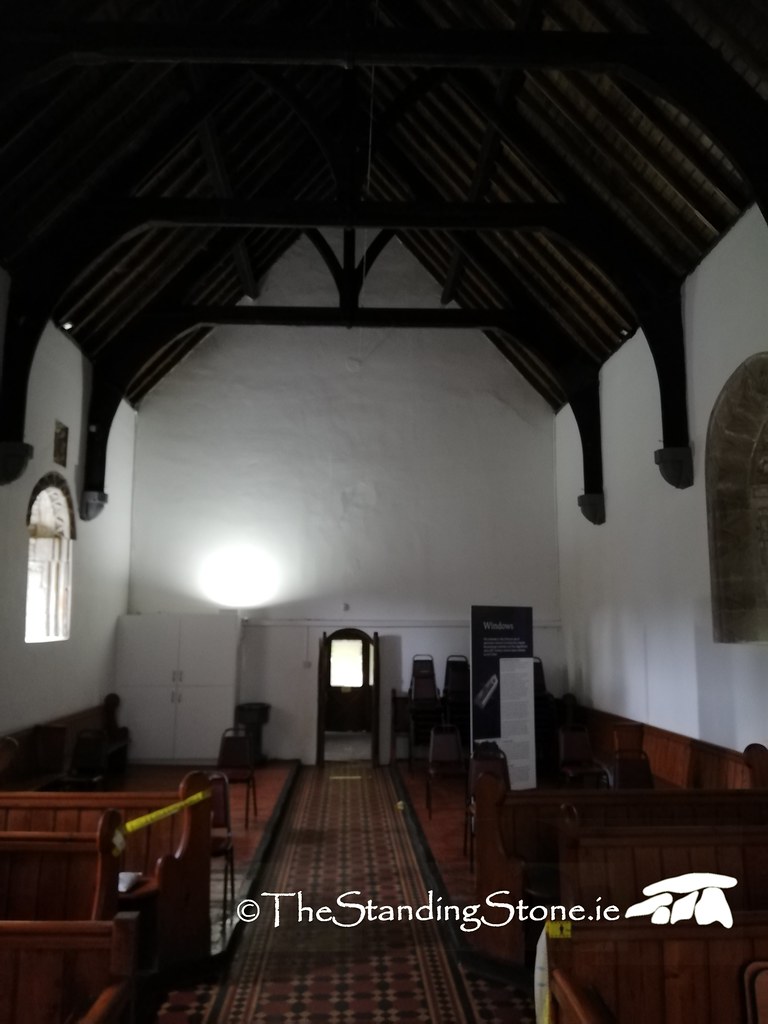 Inside the later 12th century portion of the church. 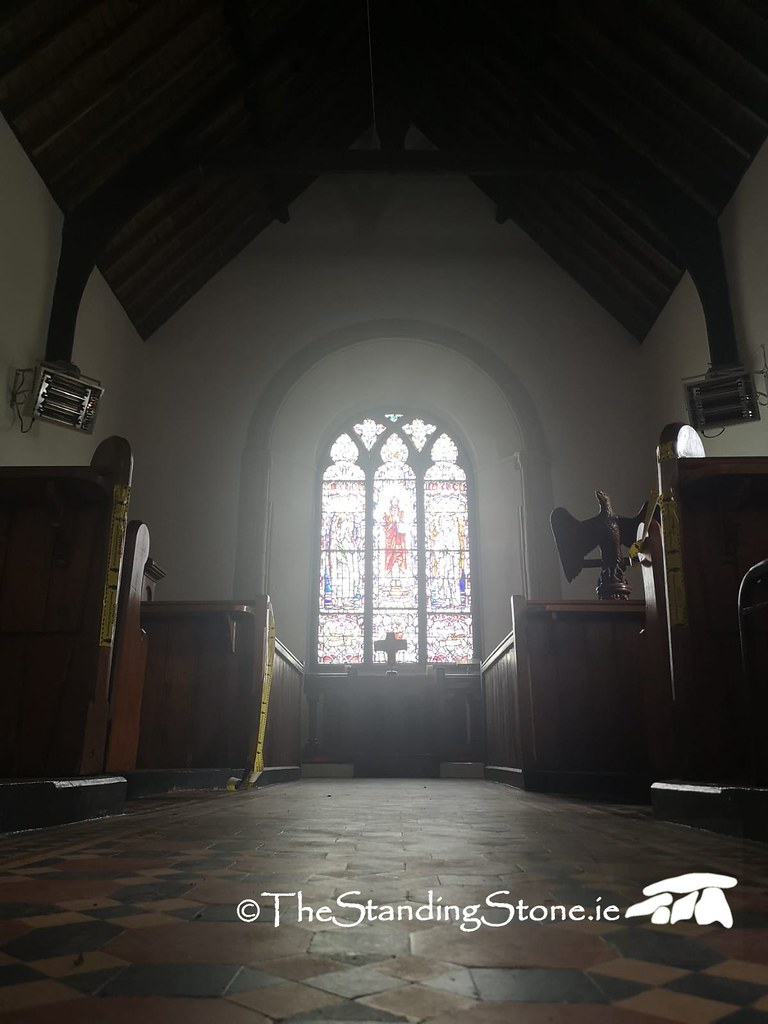 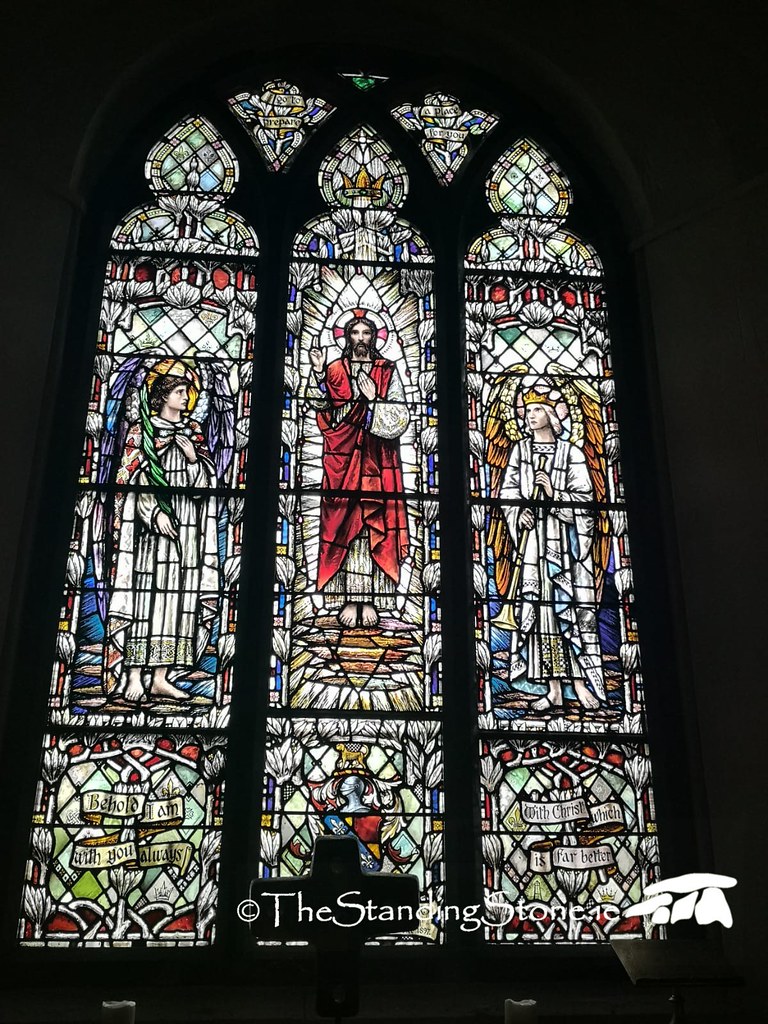 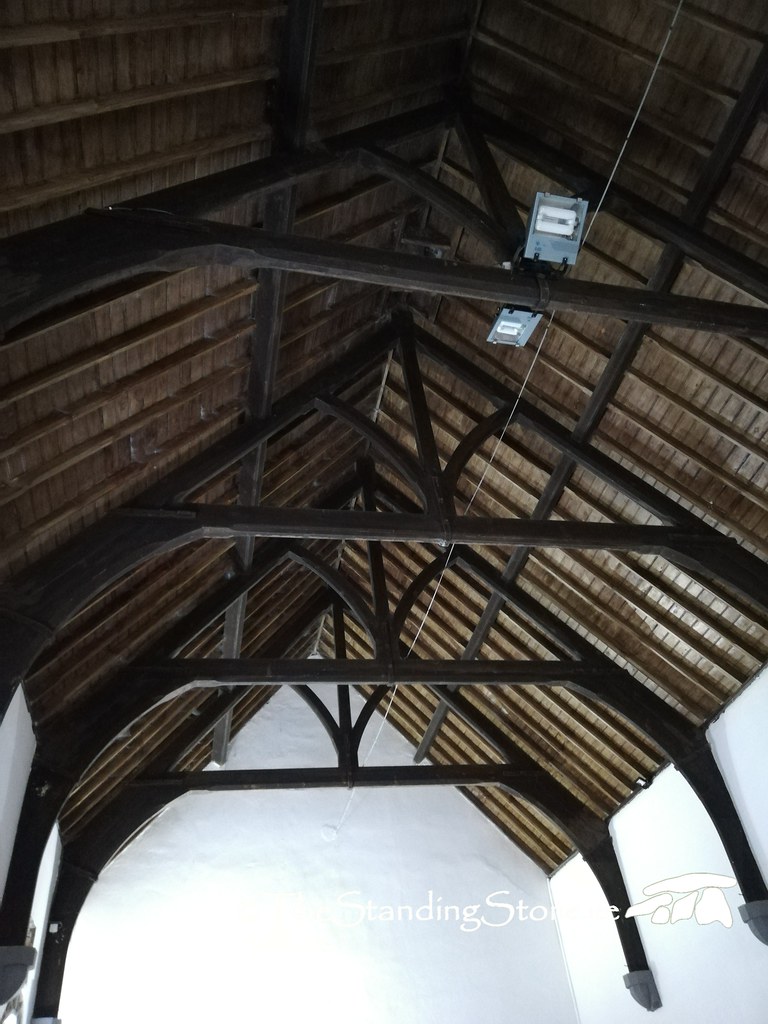 The roof is modern. 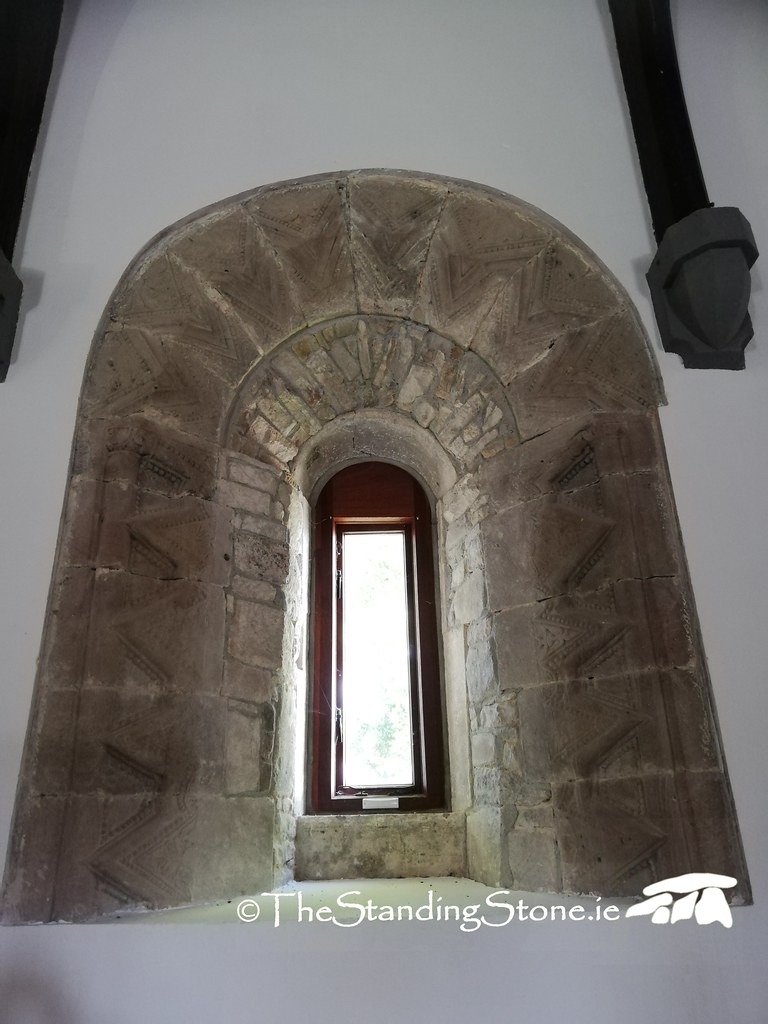 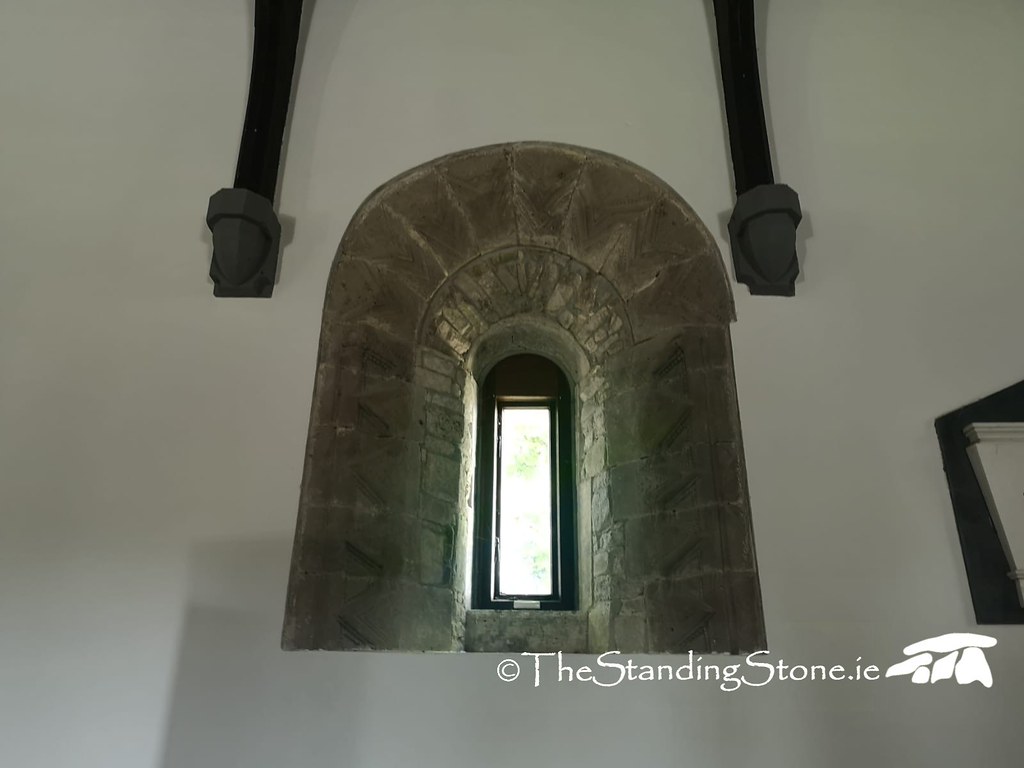 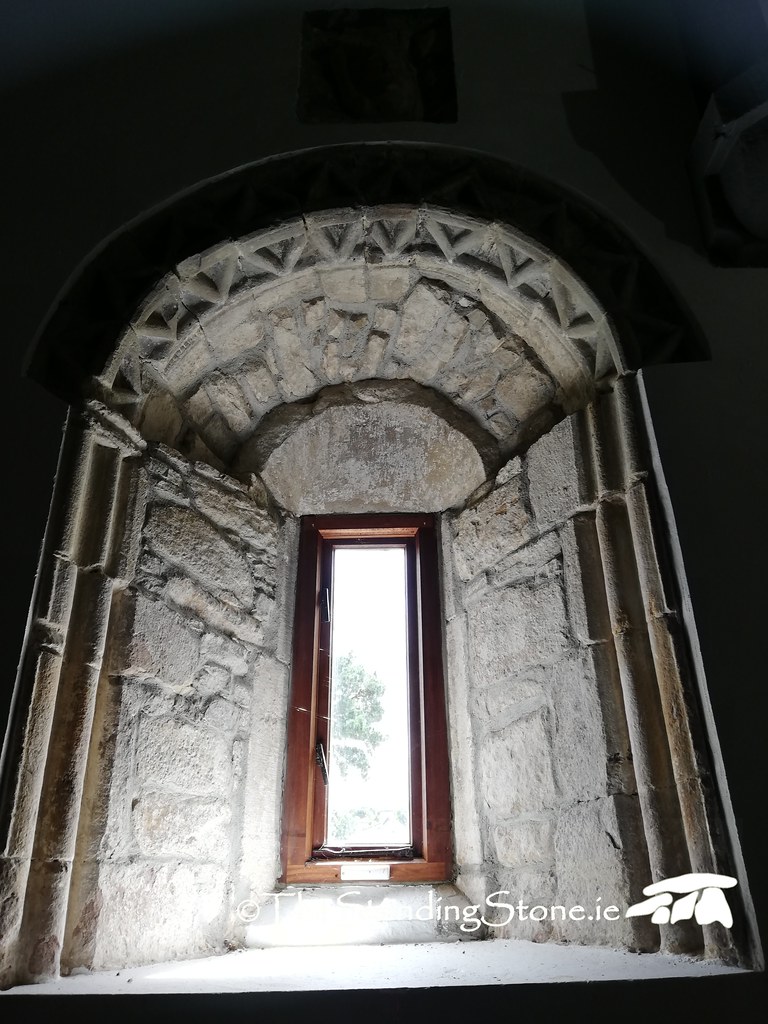 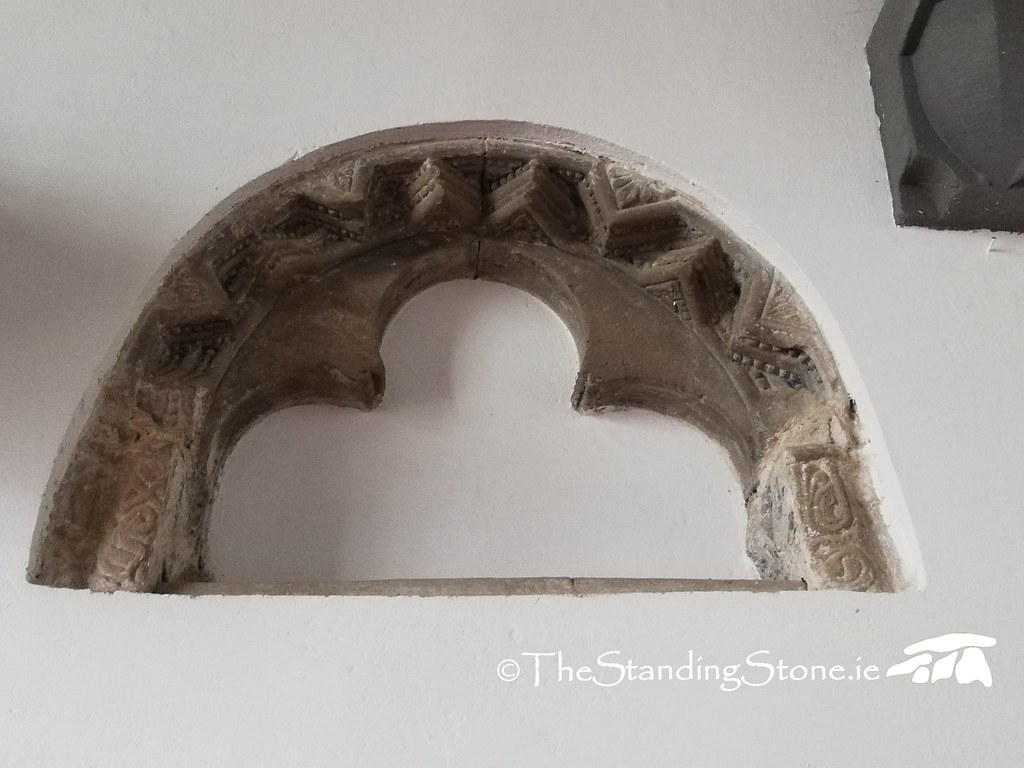 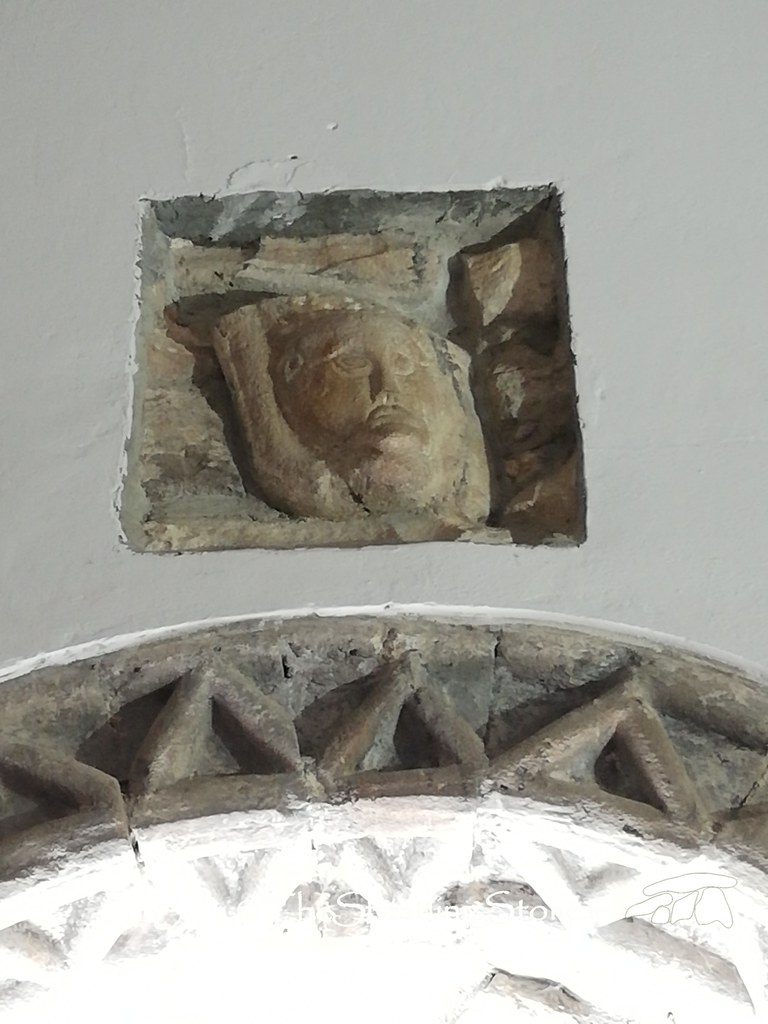 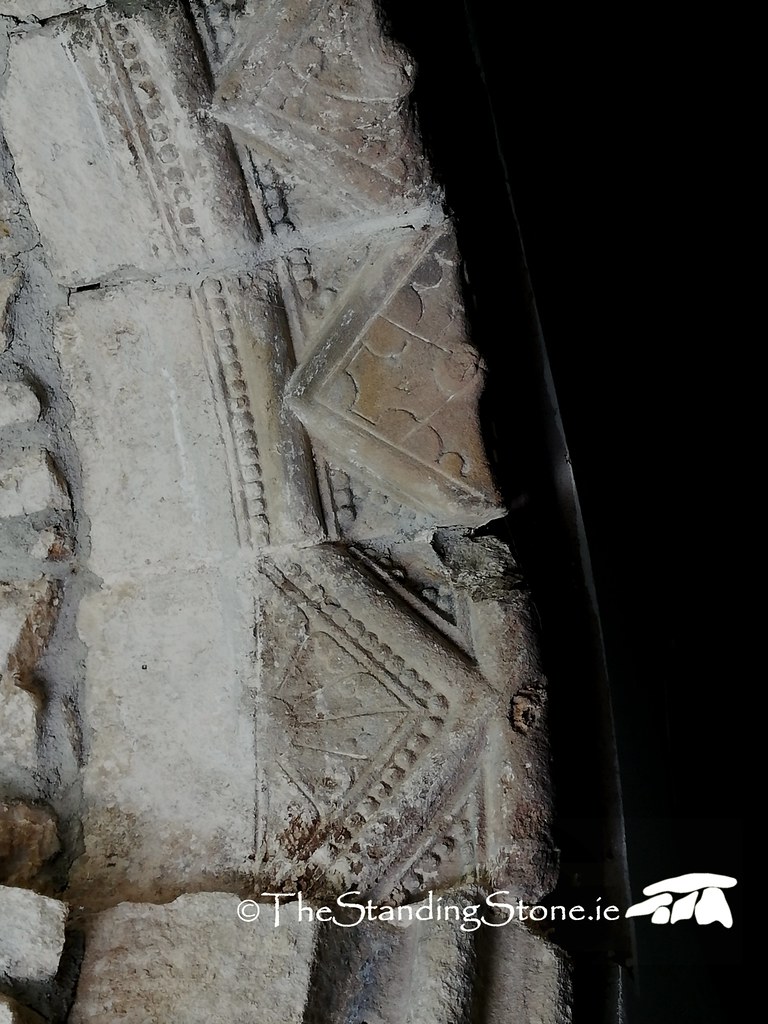 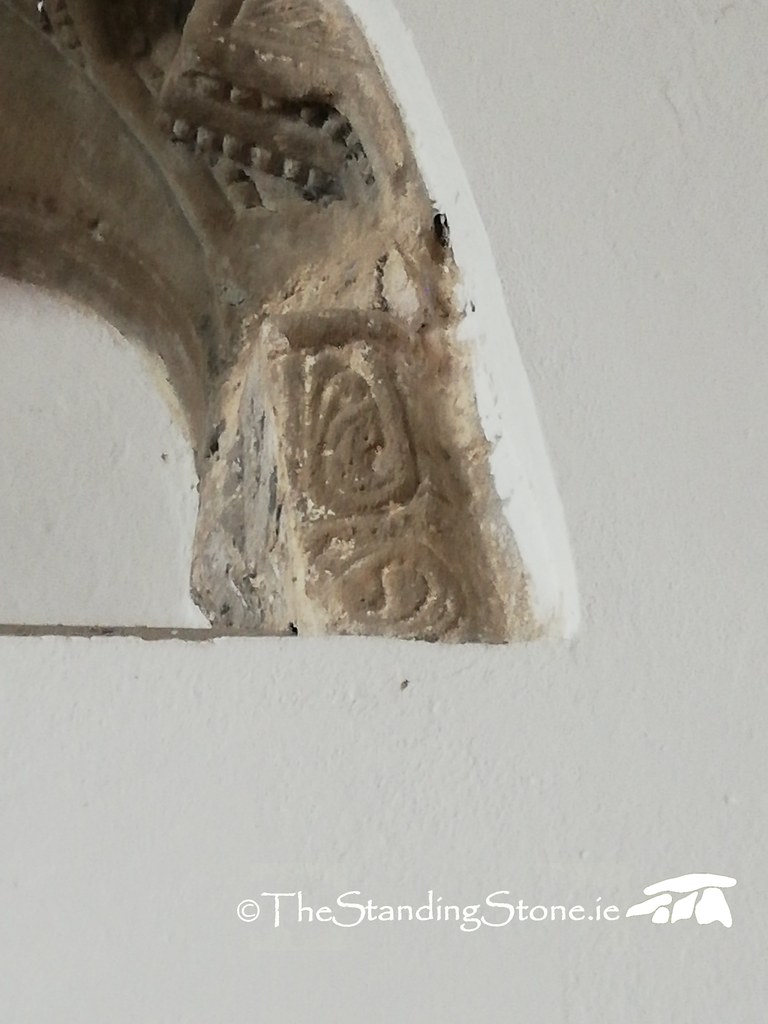