Nestled on a low hillock approximately 500m west of the River Barrow, near Carlow Town, is the site of St. Fiacc's monastery, in the townland of Sleaty or Sleibtach (House near the mountains), County Laois. Fiacc was undoubtedly a highly influential figure during the period of transition from Paganism to Christianity on the island. He was born to a son of a Prince from the ancient kingdom of Hy-Bairrche, mainly located in the modern day barony of Slievemargy in the Irish midlands. This kingdom was associated with the Ui Bairrche family which is a generic form of the surname O'Gorman. His mother was said to have been a sister of Dubhtach, the chief bard and brehon of Erin, of whom Fiacc became his apprentice. Fiacc was present alongside his master Dubhtach when St. Patrick came to the convention of Tara in 433 A.D. It is said that on hearing what Patrick said, both Fiacc and his master were the first to renounced their pagan ways and convert to the new ways of which Patrick preached. Patrick converted the Leinster King Laeghaire to Christianity at Tara too, and this set the ball in motion for the seemly rapid adoption of the new religion throughout the country. Fiacc was ordained and Patrick is said to have cut off his beard and given him a tonsure, he became the first Ard Espog of Laighen and founded a monastery at Clonmore in Co. Carlow. From here he founded a second monastery on the east bank of the Barrow at a place called Domnach-Fiech, this site was to be the scene of a great tragedy in which over 60 monks died from disease. Fiacc received a vision and was accompanied by St. Patrick to place “marked by the boar” on the west side of the river Barrow in Co. Laois. Here he founded a thriving monastic settlement at Sletty. Fiacc is said to have received the Latin alphabet from Patrick and the site here at Sletty may have become one of the first scriptoriums on the island of Ireland. Soon afterwards Fiacc was to fall ill and Patrick sent him a horse and chariot from Armagh, on which he could administer as Bishop to the province of Leinster. As a learned man and former bard, Fiacc is said to have recorded the “metrical life of St. Patrick” in Irish, a document of undoubted antiquity and of prime importance as the earliest biography of Saint Patrick. This consisted of thirty-four verses written in the style of the ancients bards, documenting the life of our patron saint, of which without it we may have never known of St. Patrick’s life. One verse aptly reads “Renowned was Saint Patrick through life, And of error he was a dire foe; Hence for ever his name shall be grand Among the nations, as ages shall flow”. Fiacc was known for his piety too, and according to Jocelyn of Furness, Scotland, a 12th Century hagiologist (a writer of the lives of saints), St. Fiacc retreated to a cave nearby at Sletty called Drum-Coblai during the Lenten period for 40 days and nights, bringing five barley loaves mingled with ashes. On his return from the cave he would celebrate Easter Mass with his followers at Sletty and he would always bring back a portion of one of the loaves. This cave has been identified as the Cave at Clopook approximately 10km to the west of the monastic complex at Sletty. It is said that many pilgrims flocked to Sletty, both for prayer and learning. The monastery would have been well poised to cater for such large influxes of people given its proximity to the Barrow, a major natural routeway in ancient times. Fiacc is said to have died between the years 510-520 A.D living to the ripe old age of 105. His only son Fiacre, whom Patrick had ordained priest became abbot at Sletty and it is believed that both are buried together within the monastery there today.

Another famous abbot at Sletty was Aed, who according to early sources as “Bishop of the city of Sleibte” commissioned Muirchu (a famous scribe) to write and document the famed “Life of St. Patrick” in the mid-7th Century A.D. This story helped to chronicle St. Patrick’s time in Ireland and how he converted its pagan population to Christianity. Again this is a very important document which scholars have dated to at least 688 A.D. It may have been composed at the scriptorium at Sletty. According to the annals Aed himself is recorded to have died in the year 698 A.D. “Aedh, Anchorite of Sleibhte”, was an influential figure during the “Golden Age” of Irish Christianity and was heavily involved at the Synod of Birr the year before his death. There are a number of references to Sletty in the annals such as a plundering by the Ossorymen in 864 A.D (AFM) and obituaries of abbots and bishops there, which show us that it was a place of considerable importance. By the 10th and 11th Centuries A.D, it seems Sletty had lost its former stature, possibly as a result of a combination of shifting politics, Vikings raids along the Barrow and the emergence of large monastic settlements in the area such as at Killeshin and Leighlinbridge.

Today at Sletty we see the remnants of what was once a truly great Early Medieval monastic settlement. The earliest featured monuments at Sletty include two granite crosses which are located in the graveyard. The first and most prominent is the undecorated High Cross located at the west of the later church building. The second cross is much smaller and is located to the southwest of the larger undecorated cross. This second cross is of the solid-ringed type, whereby a faint ring is visible incised around the cross head. These are certainly early examples of the Irish High Cross, as latter examples are generally pictorial and decorated. Fanning describes these crosses as being of the “Barrow Group” which are estimated to be of between 8th and early 10th Century A.D in date. These crosses are hewn from the predominant stone found in the bedrock, that of granite, which is notoriously difficult to work. Inside the southern doorway of the church on the ground to the west, one can see an undecorated granite baptismal font. This is very similar to the granite baptismal font seen at Killeshin, just to the north of the Romanesque styled entrance-way. The church at Sletty appears to have been subject to a number of reconstructions in the past, with no western doorway evident, as one might expect to find at such a building. The church itself seems to have been reconstructed sometime in the later medieval period, with some large uncut stones possibly dating to an earlier stone structure incorporated within the present walling. Originally in the time of Fiacc, such constructions were made of timber and clay. There is a recording of a souterrain or underground passage beneath the graveyard, which locals say connects Sletty to the cave at Clopook. Recently a spring located to the northwest of the monastic complex has been identified and recorded as that of “Tober Feeg” or St. Fiacc’s Holy Well. This investigation was based on local 19th Century accounts of people who brought pilgrims to the well in those days. Accounts from the 19th Century indicate that a patron day was held on the 12th of October but was discontinued when the well was stopped by the 1880s.

Undoubtedly Sletty is of great importance as a part of our cultural heritage, perhaps it was the site of the first scriptorium school in Ireland? Furthermore it was regarded as the first seat of the Arch Bishop of Leinster in the very earliest days of Christianity in Ireland. Strong evidence suggests that it may have been the site where the life of our patron saint was documented, be this a documentation which created a myth or gave us insight into the life of an important Early Medieval Church figure. 2015 marks the 1600th centenary year of St. Fiacc and I’d recommend a visit to the site, where you can see for yourself, this enchanting little place on the banks of the Barrow in Co. Laois. 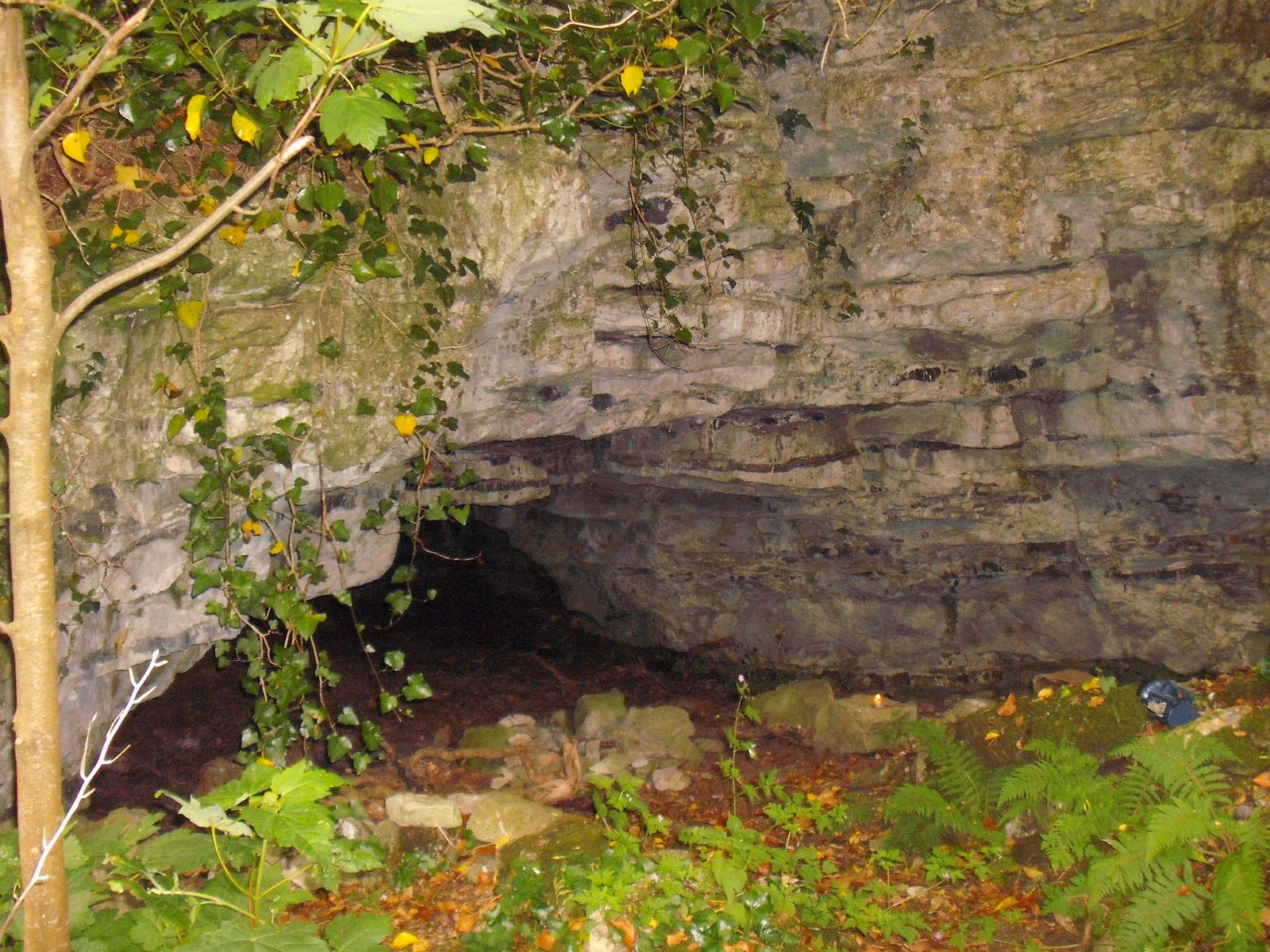 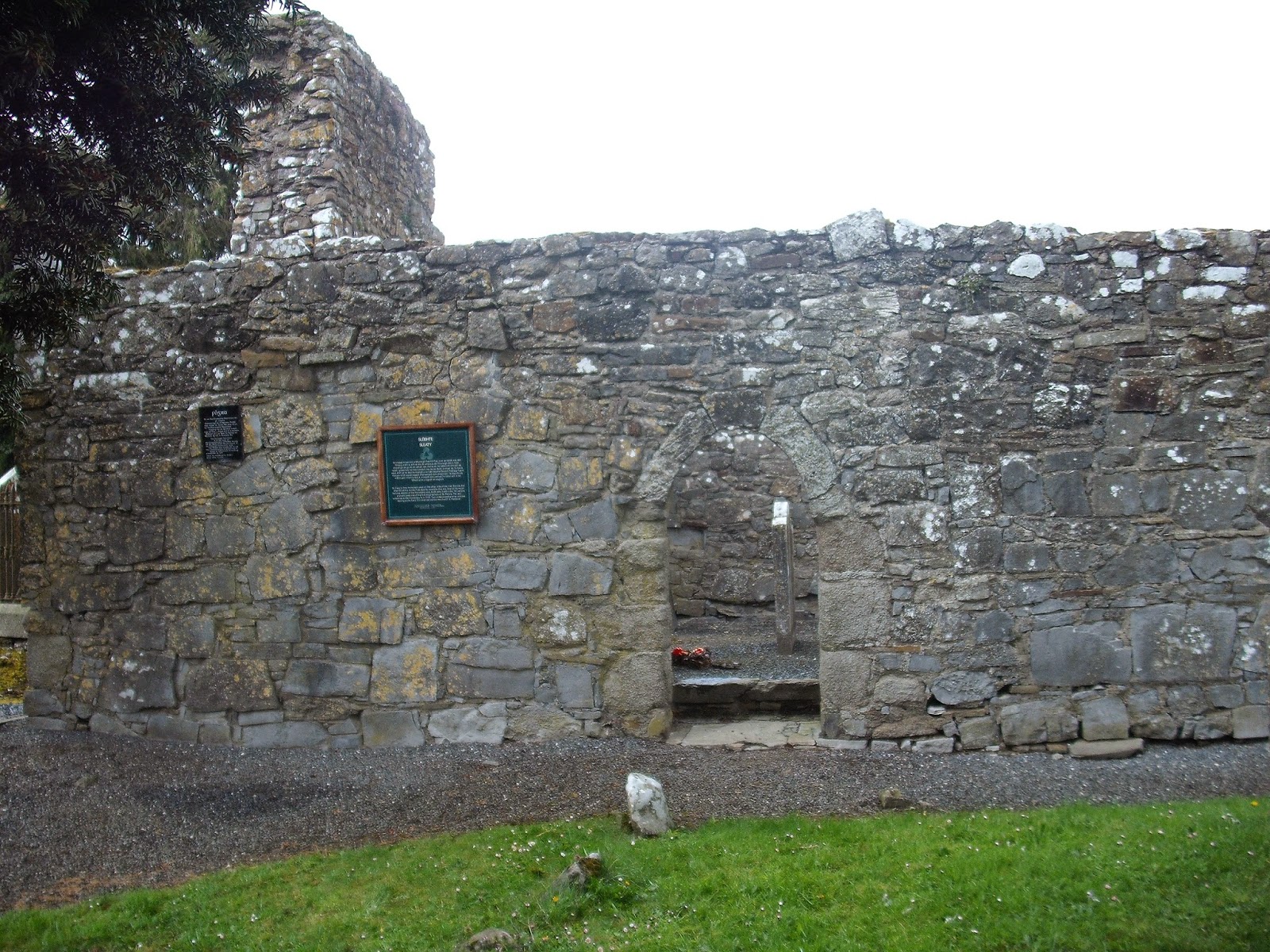 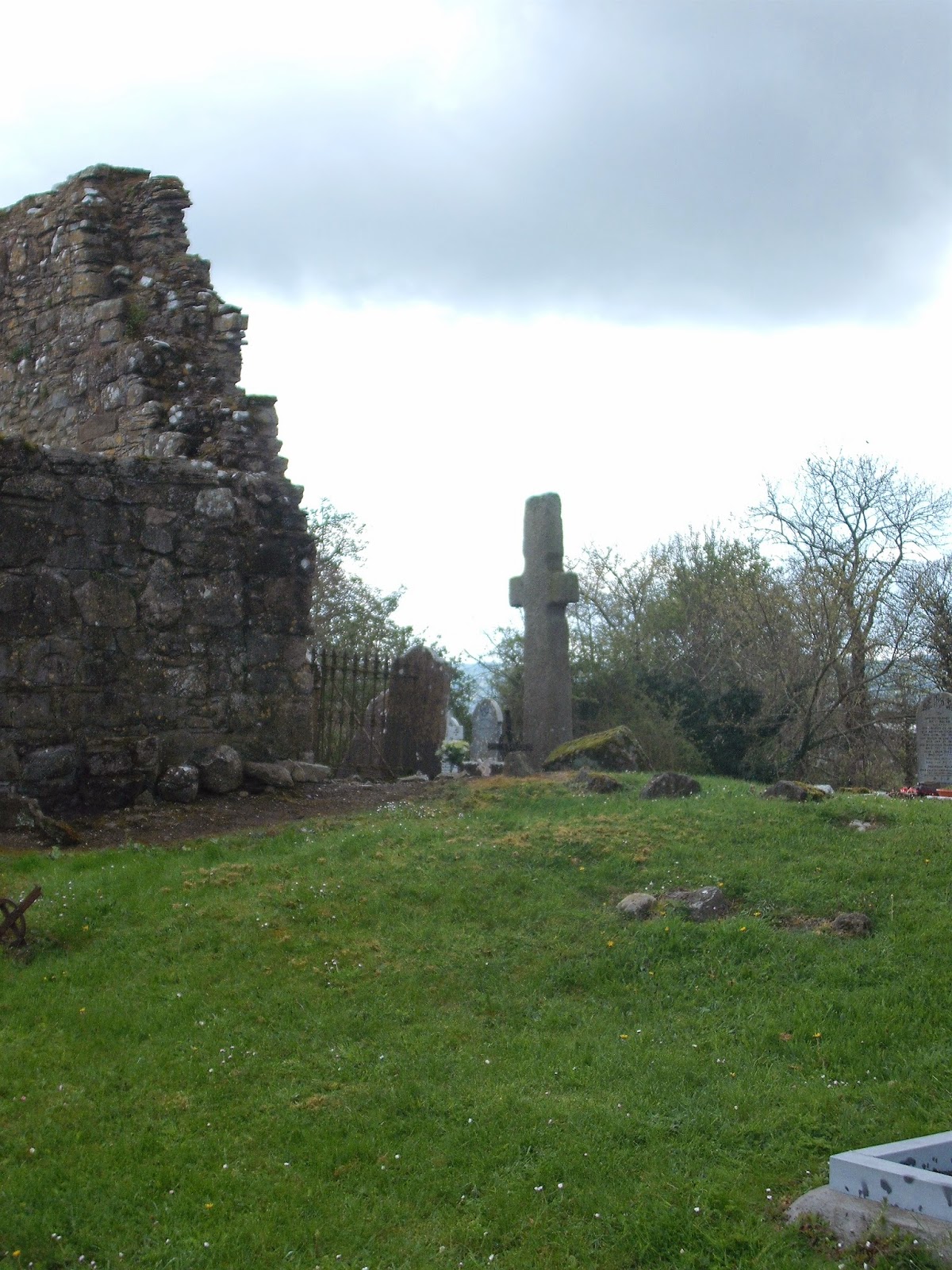 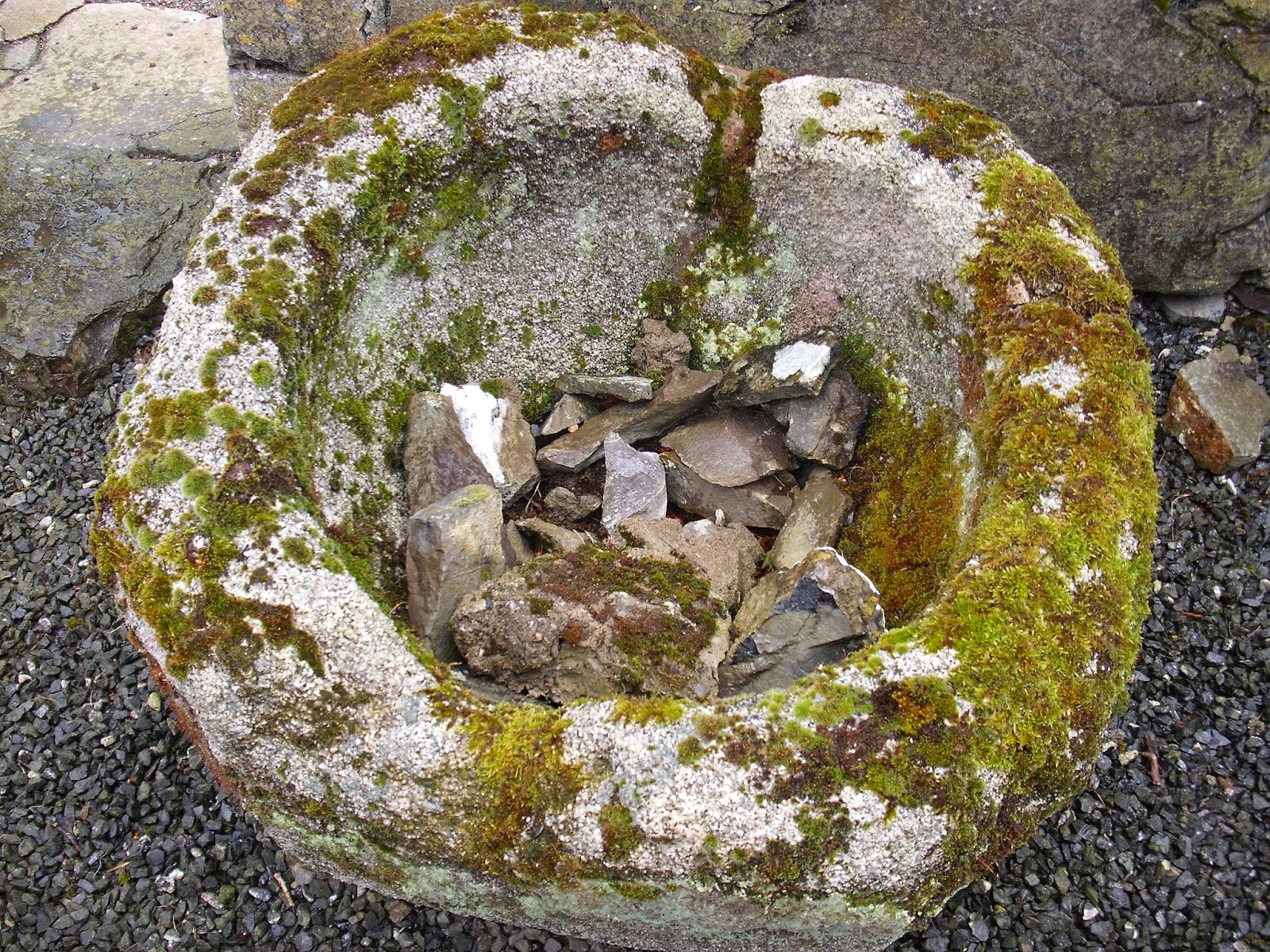 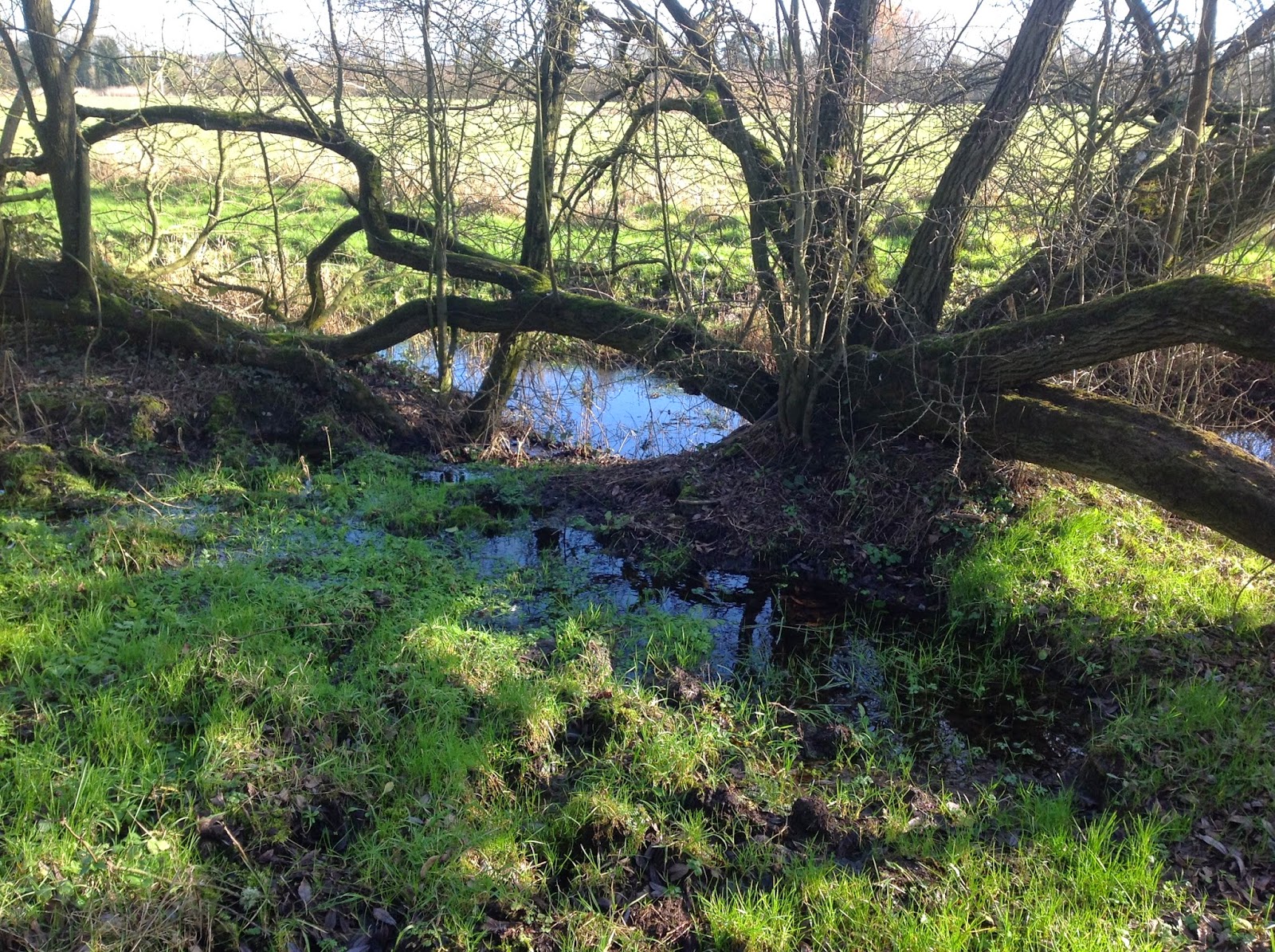 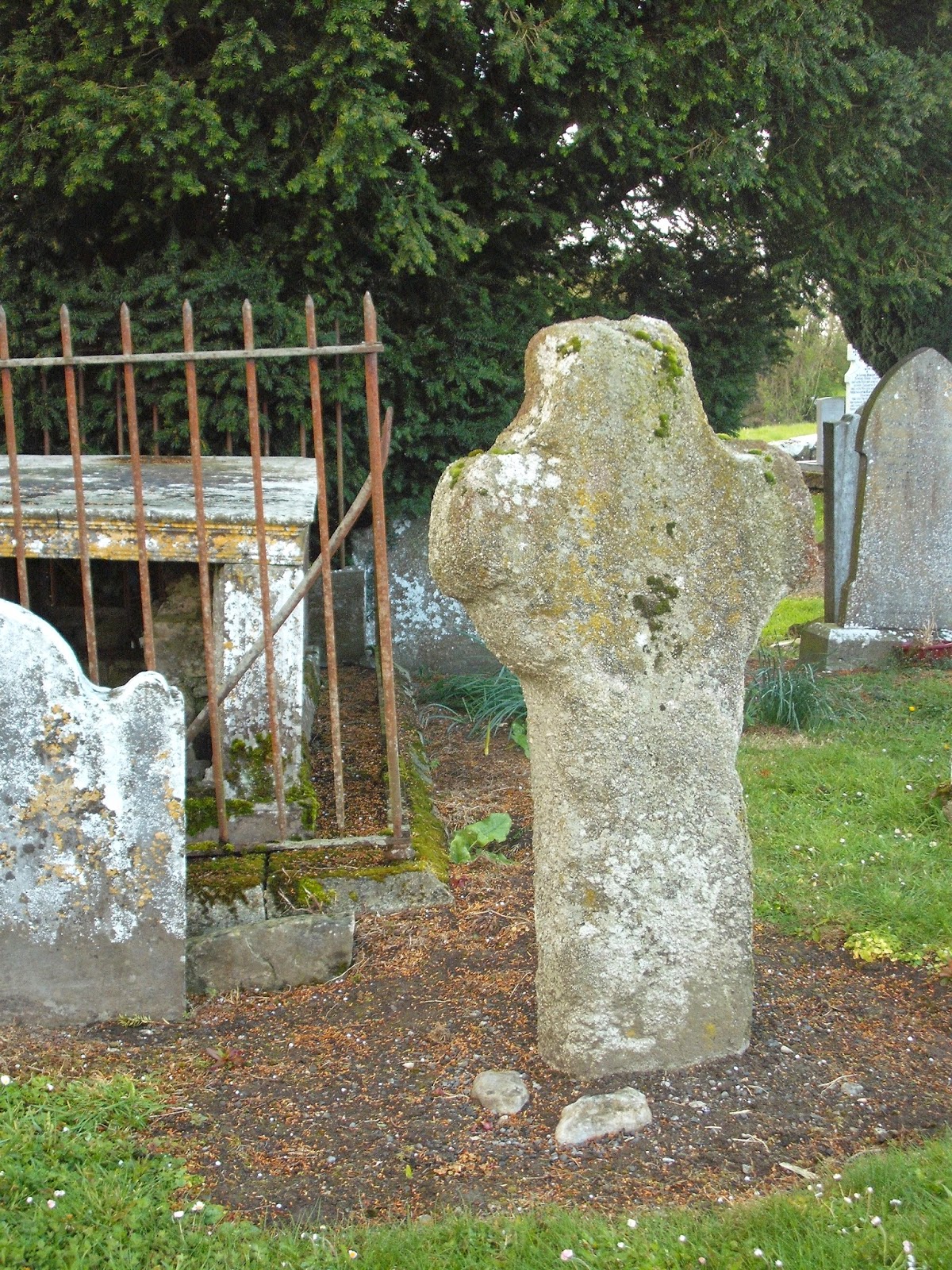 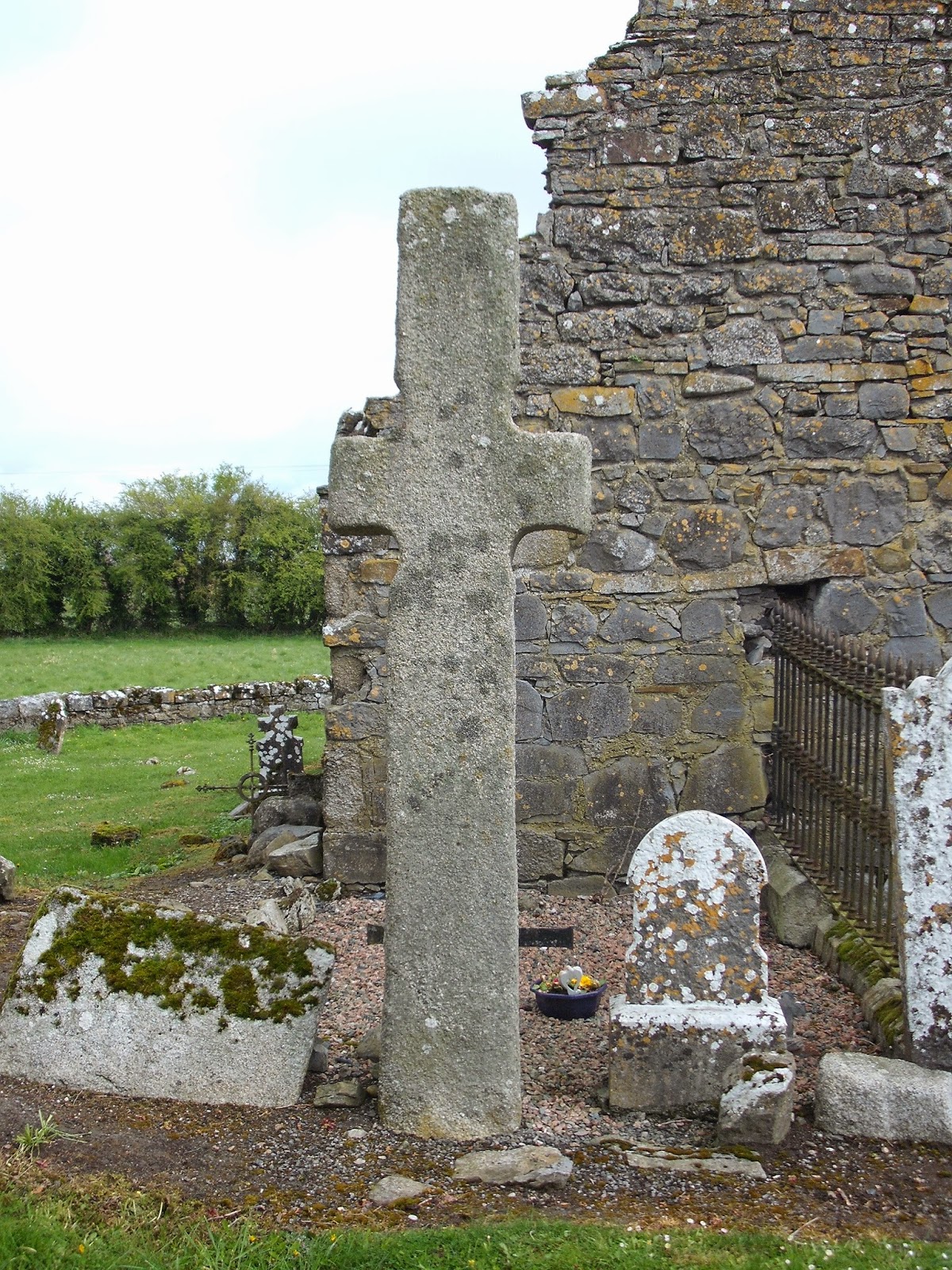 Sean Murray studied archaeology at Sligo IT and runs Laois Archaeology on Facebook. We are very thankful for his contribution.