Description and History – Visiting this court tomb was an absolute delight and it has to be one of the finest examples in the country. It also has somewhat of an unusual design in that the court is oval shaped and located in the centre of the tomb with two chambers at one end and a single chamber at the other. Only one of three lintels to these chambers remains in situ and it is cracked. The entrance to the court still remains and a few kerb stones are still visible. The tomb is immense in size measuring 30m in length. The tomb has excellent views all round although forestry will once again obscure some of these views. Knocknarae is clearly visible from here. The tomb almost looks like two traditional court tombs that have been places one in front of the other so as to face. This is indicated by the fact that the central court is not a perfect oval but is crooked in the middle indicating that there was originally one court tomb which was then added to. The western end appears to be the older portion as on its own it is a classic court tomb. Carleton Jones has put forward the hypothesis that the second tomb was added when two groups joined together. The tomb then becomes a physical sign of unity amongst two groups. He further hypothesises that the second group has two distinct sub-groups which would account for the two chambers at the Eastern end (see Carleton Jones, Temples of Stone: Exploring the Megalithic Tombs of Ireland (The Collins Press: Cork, 2007, pp63-64). Bones from at least ten people were found here by antiquarians.

Difficulty – It is an uphill walk from the car-park along forestry paths. A certain level of fitness is required. 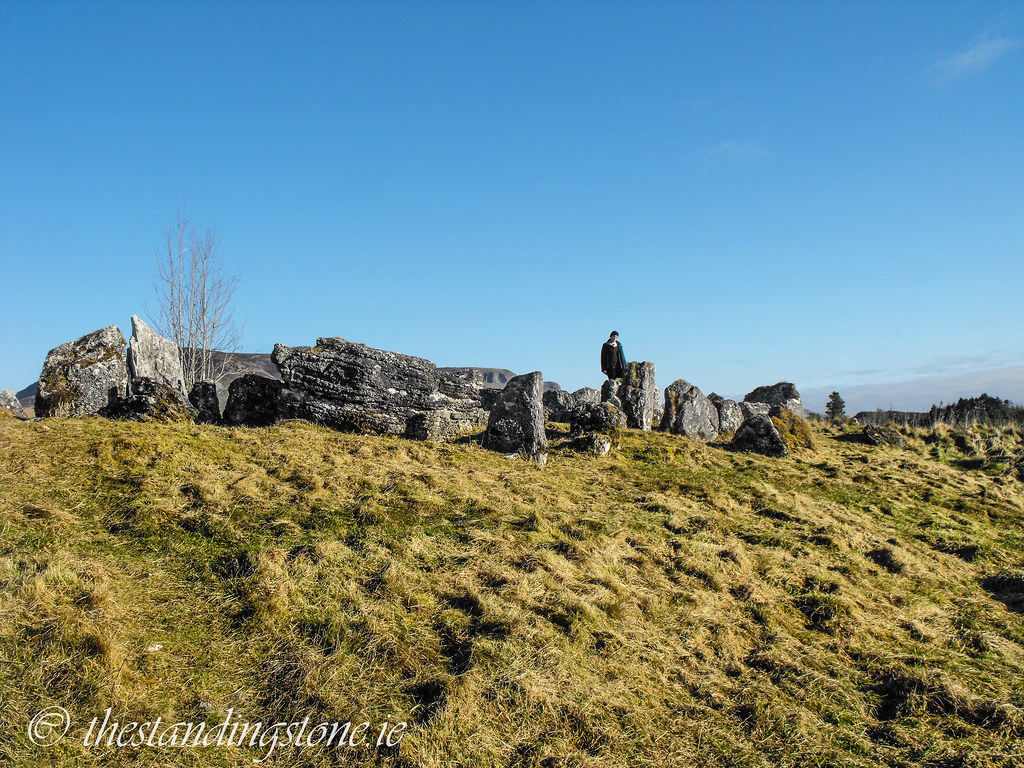 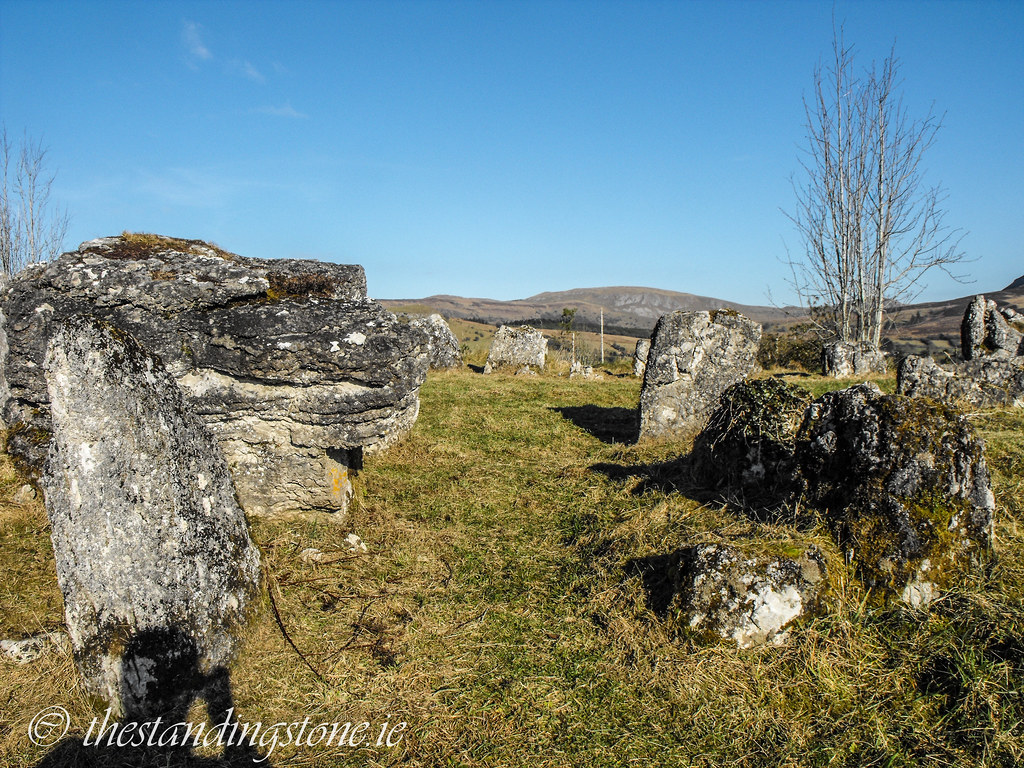 The entrance to the central court. 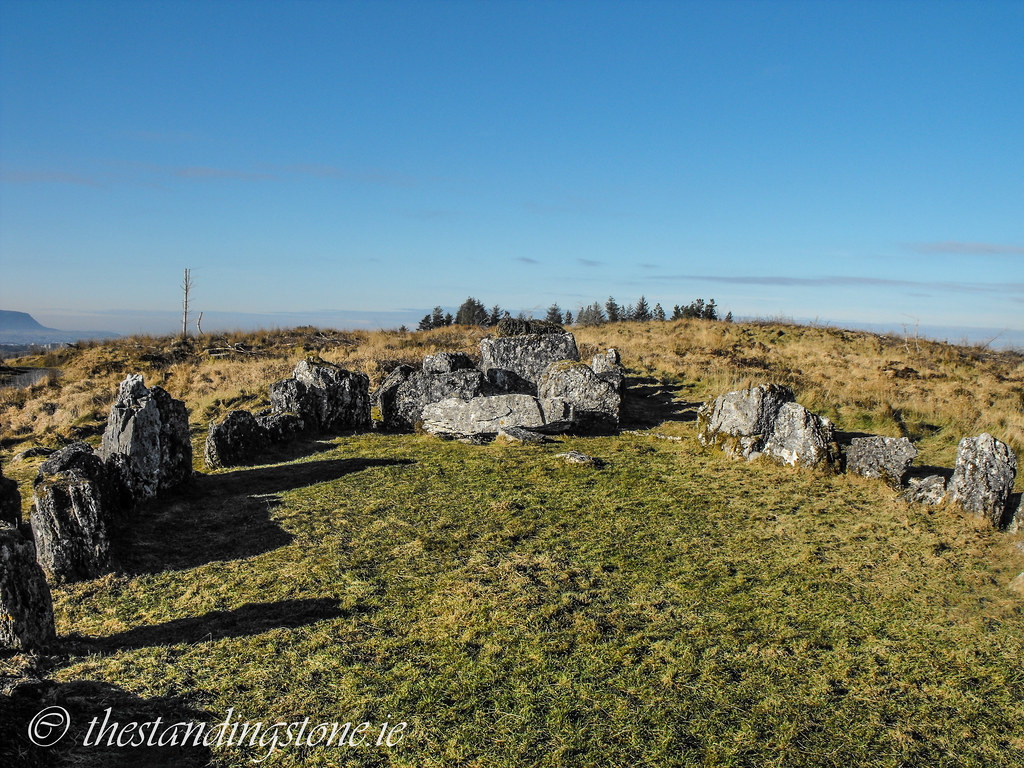 Looking to the Western chamber. 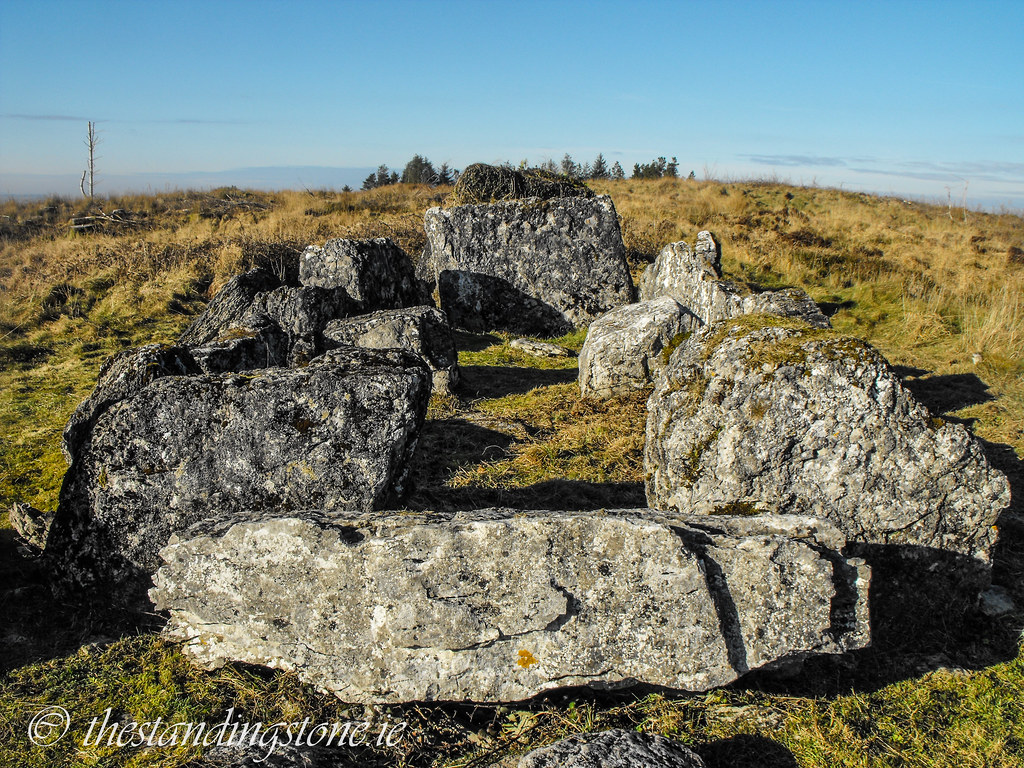 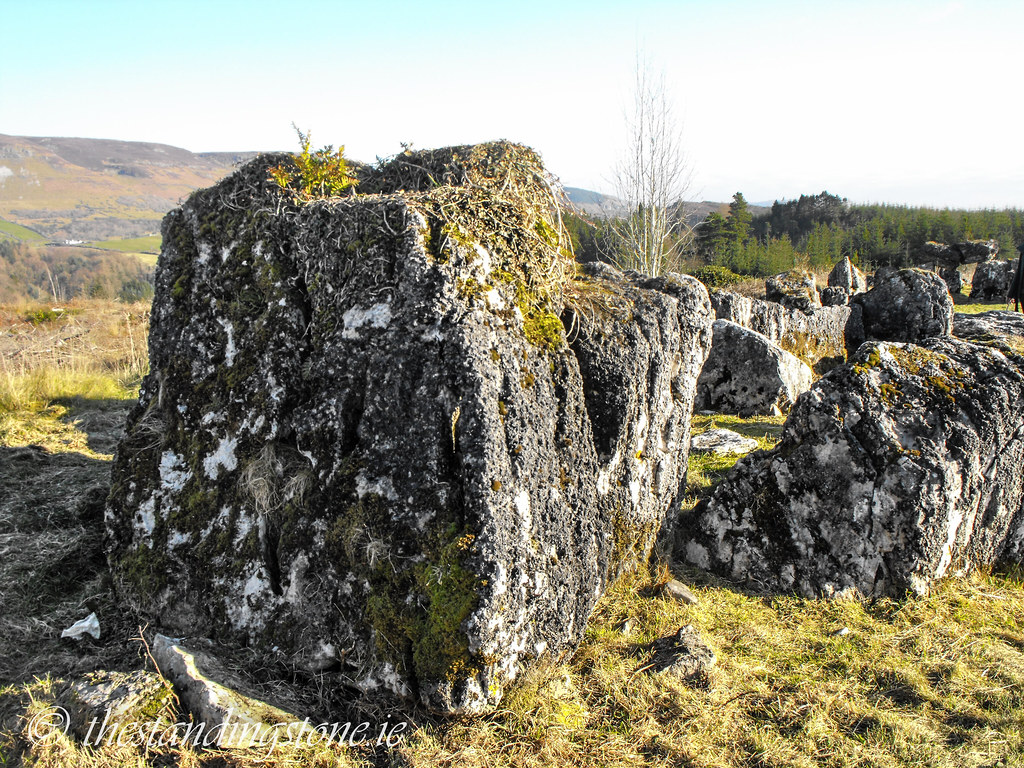 From behind the Western chamber. 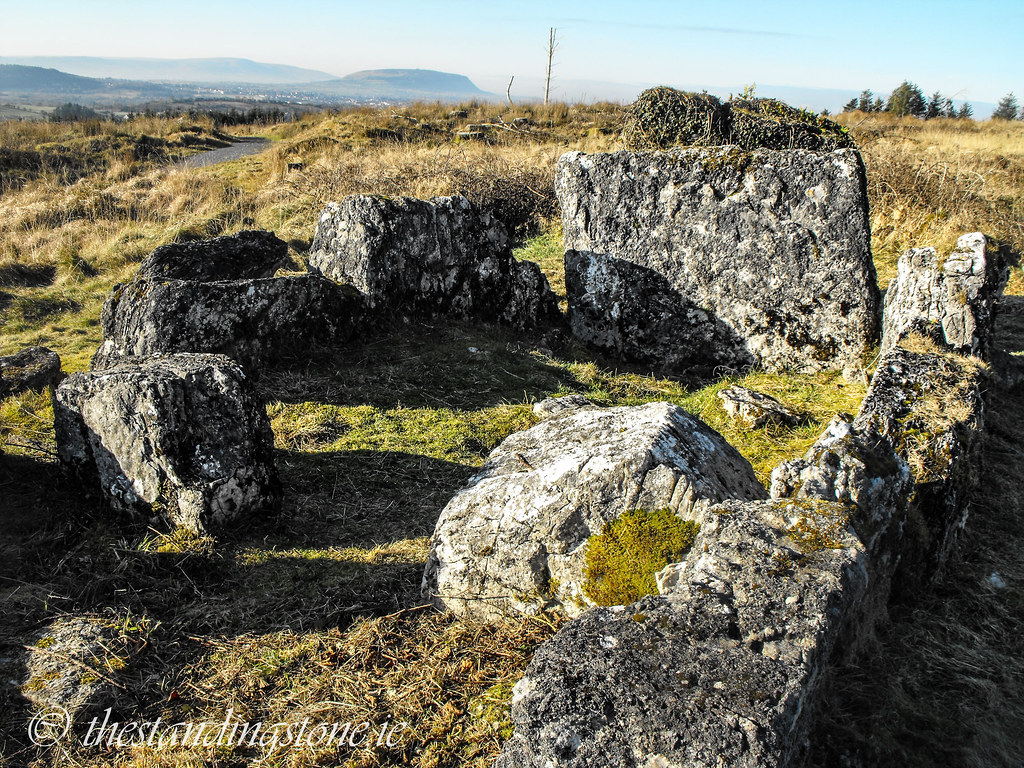 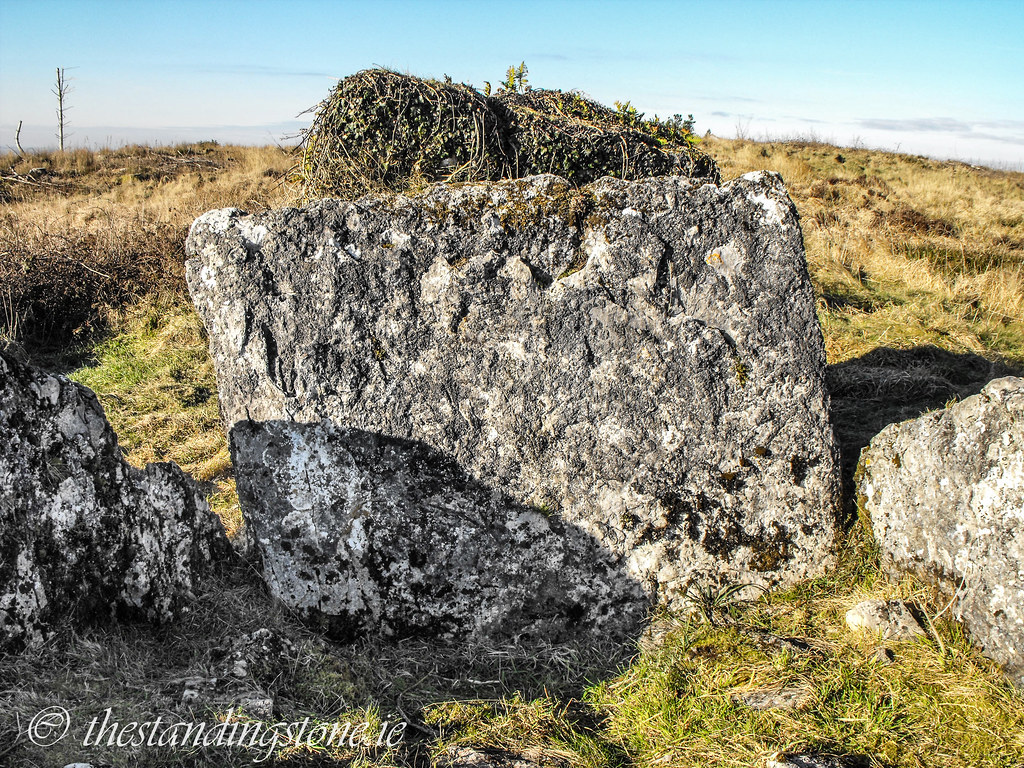 The back stone of the West chamber. 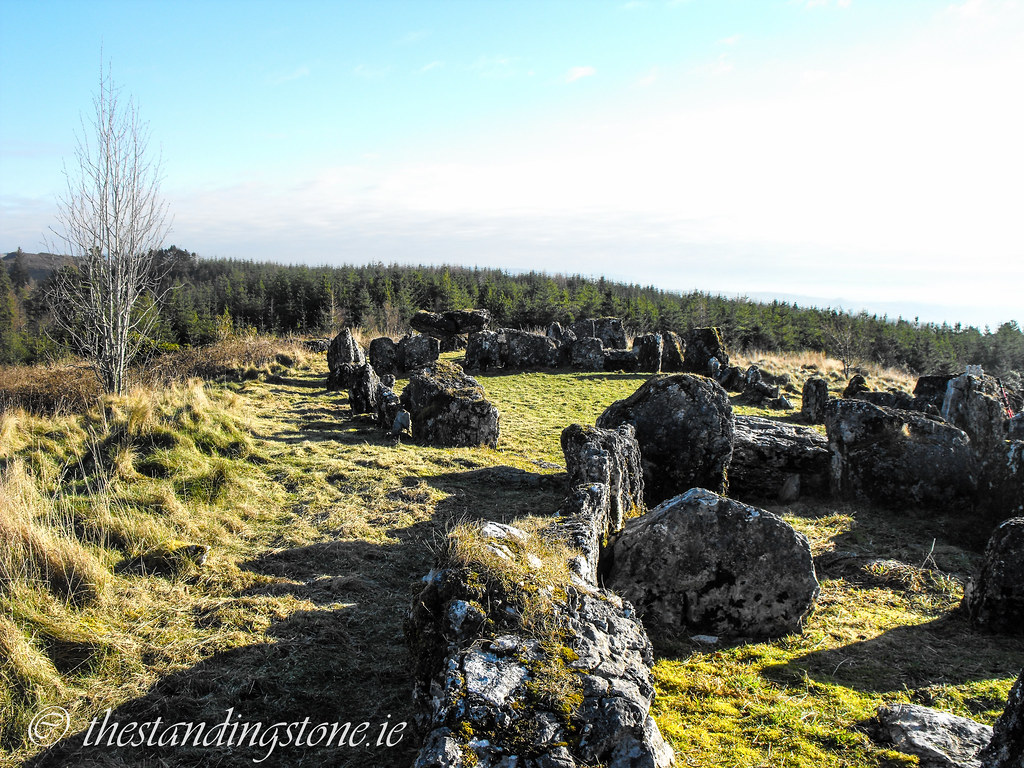 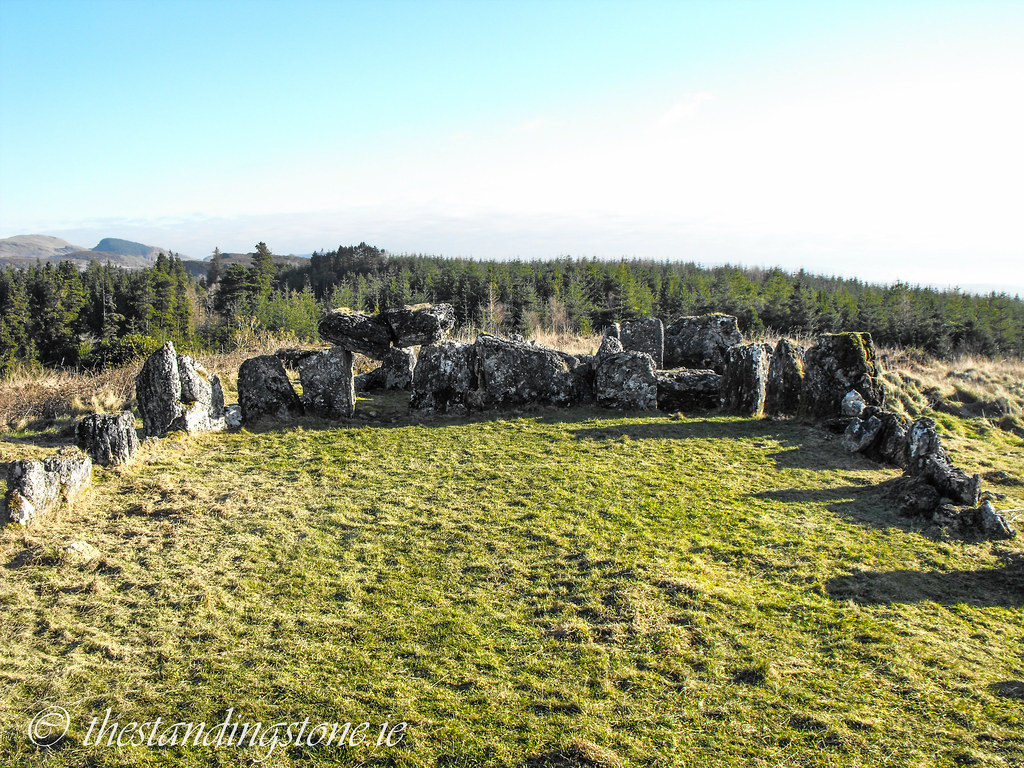 Looking at the two Eastern chambers. 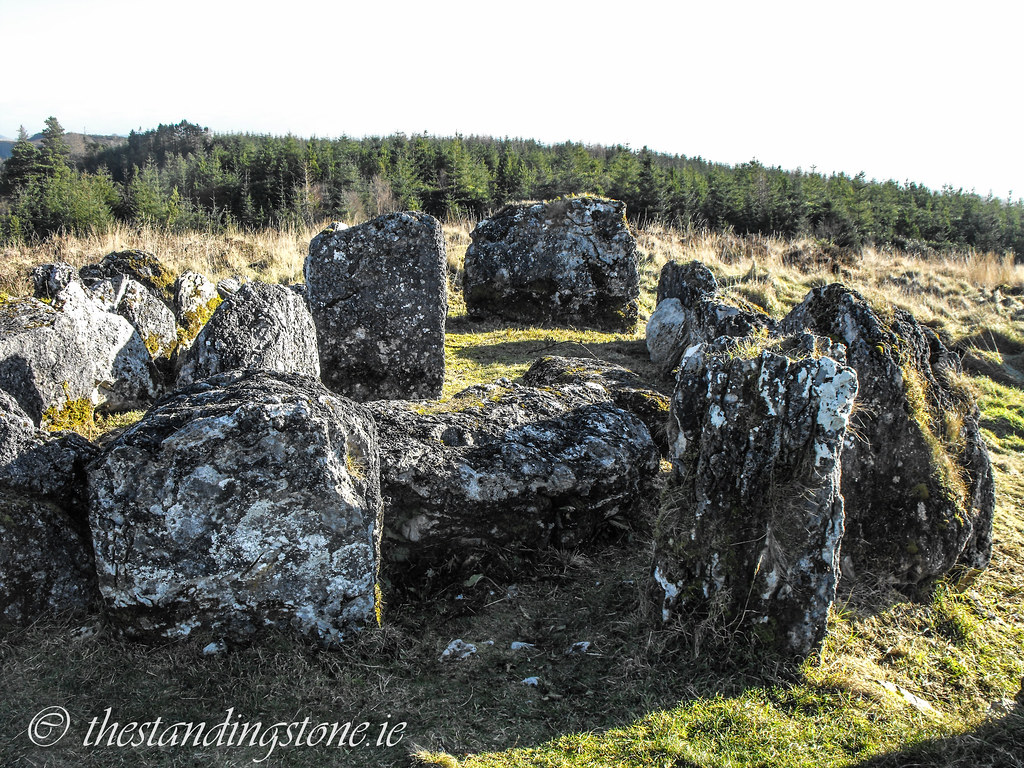 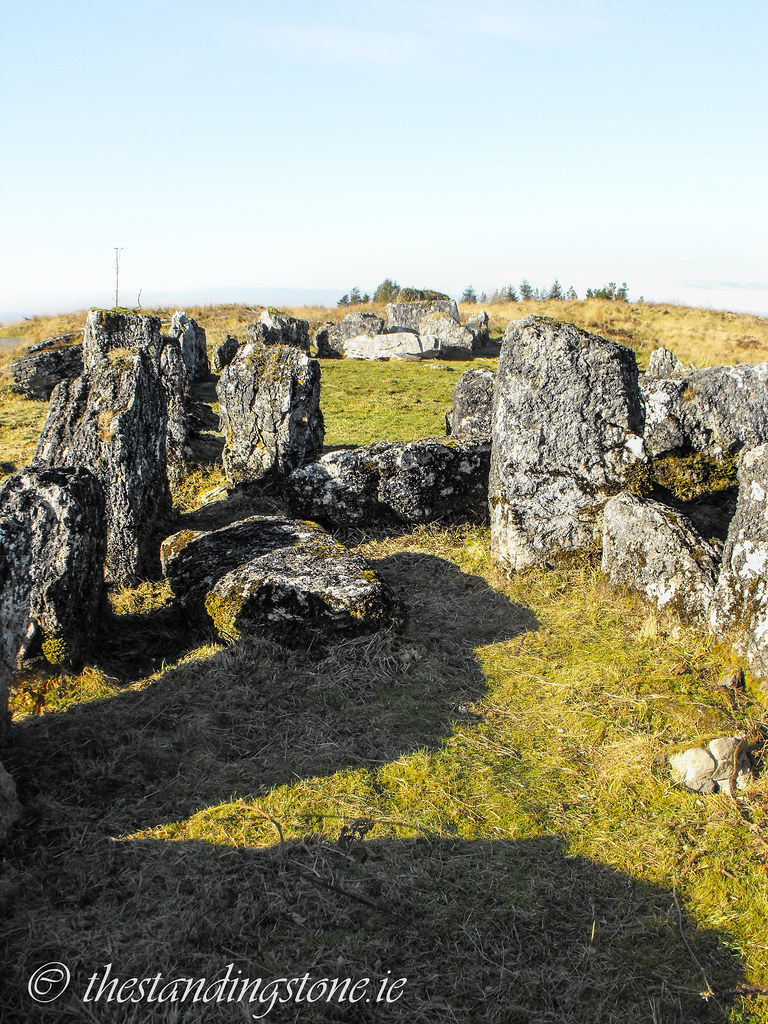 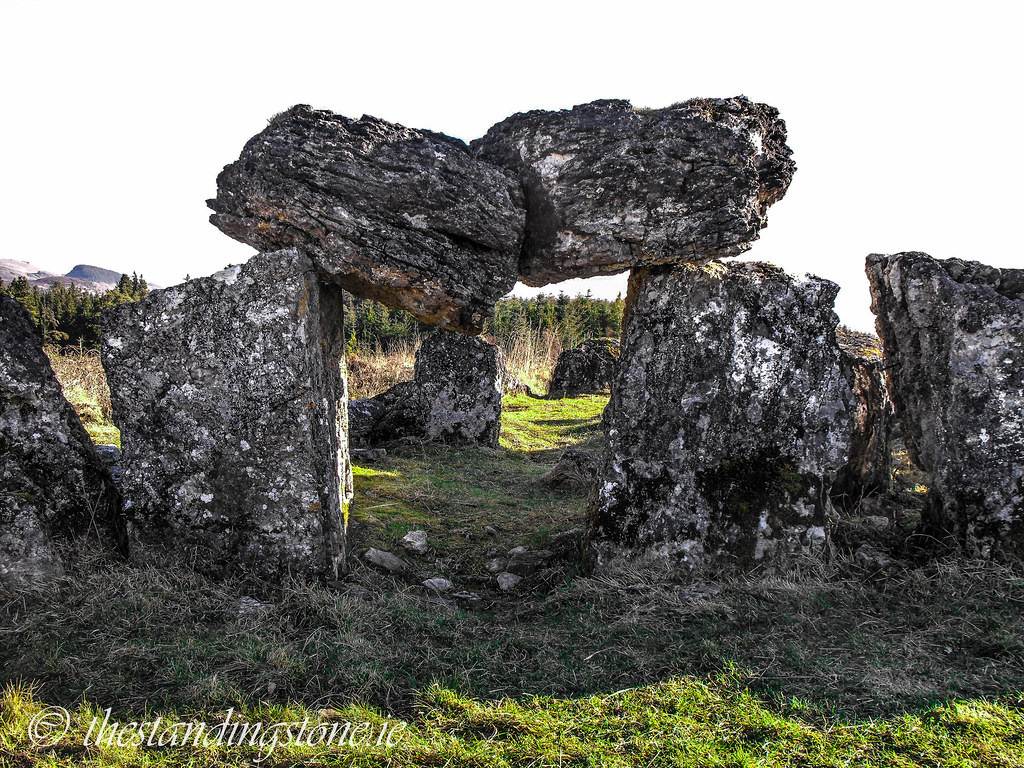 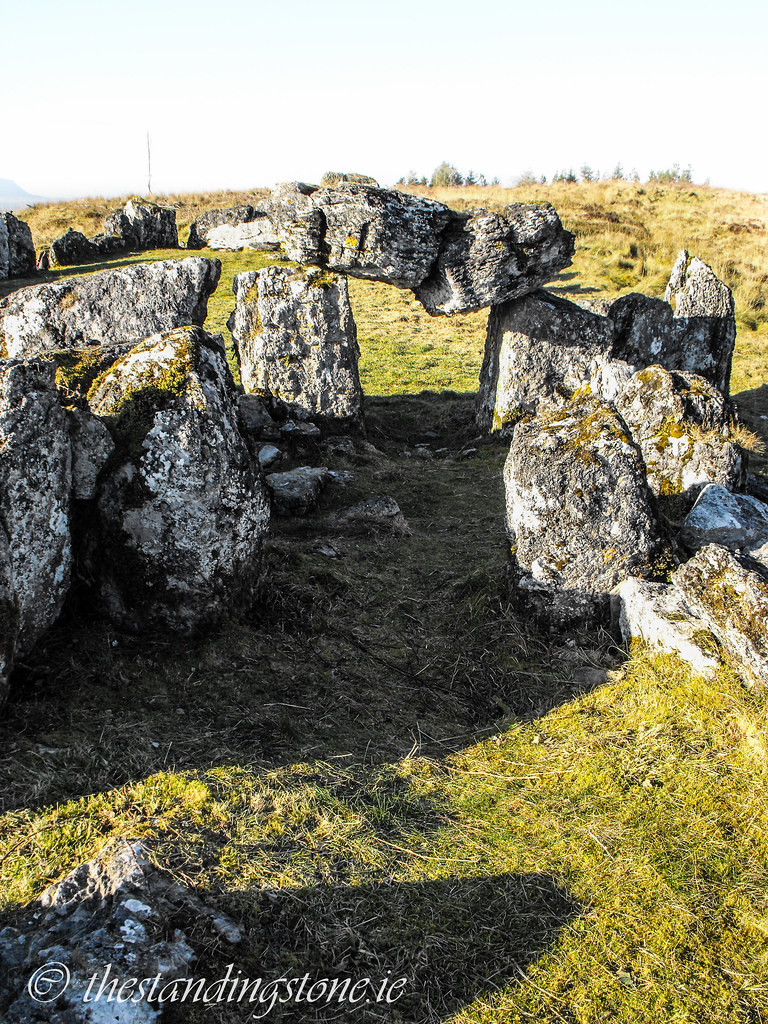 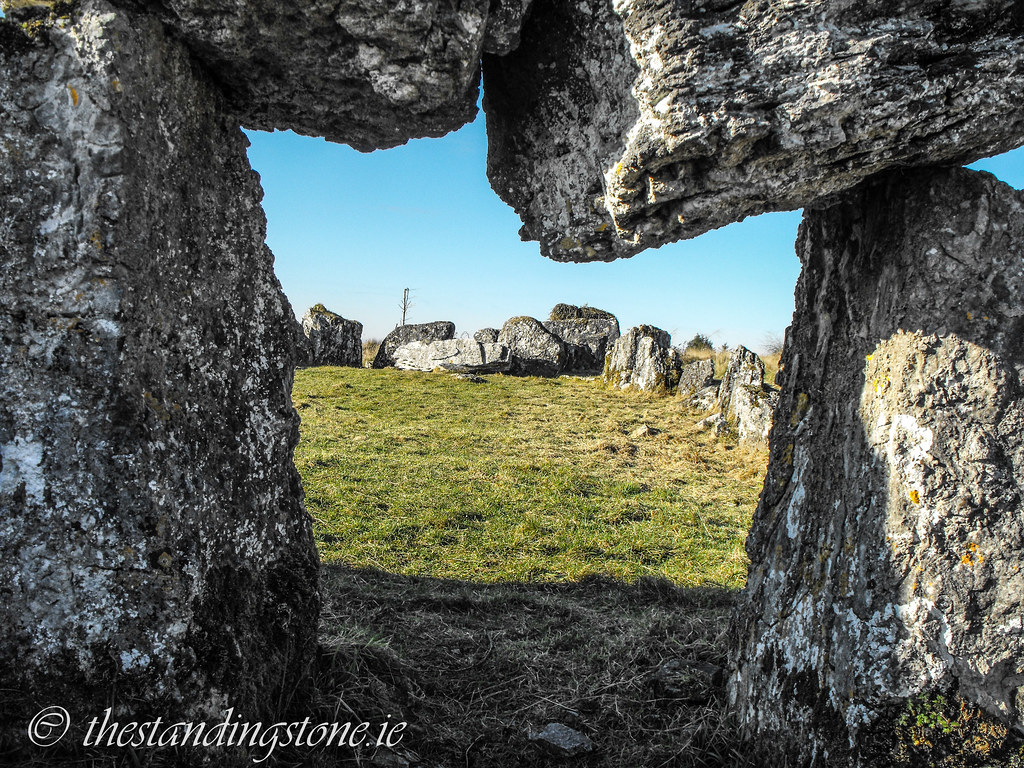 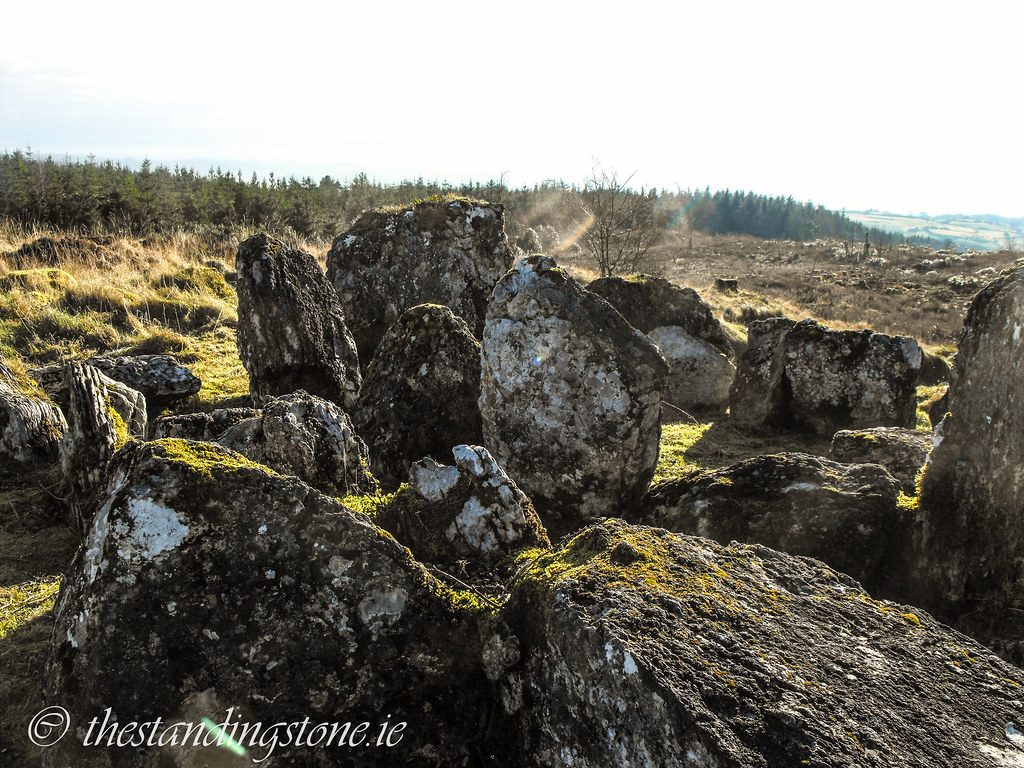 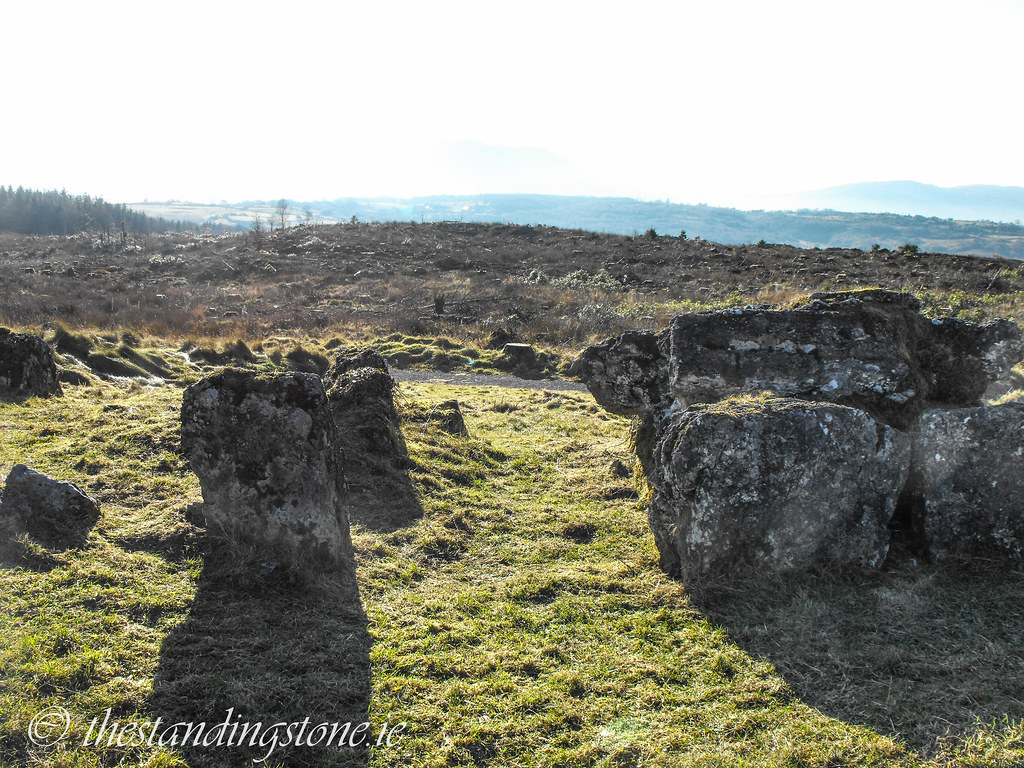 Looking out of the entrance in the central court. 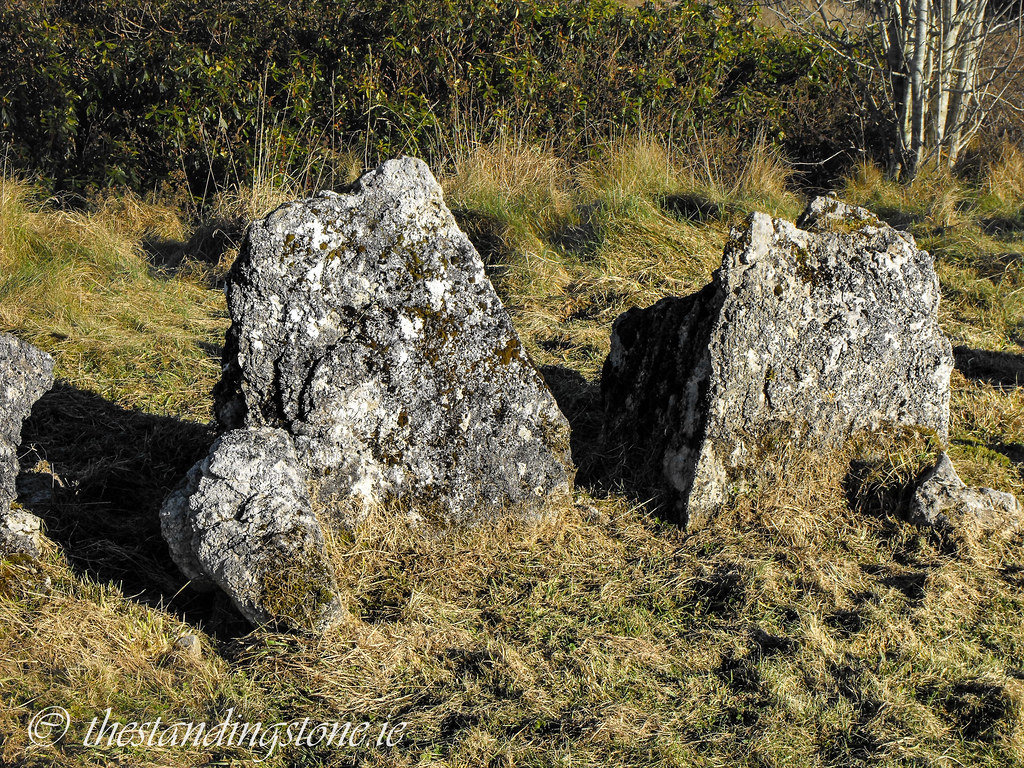 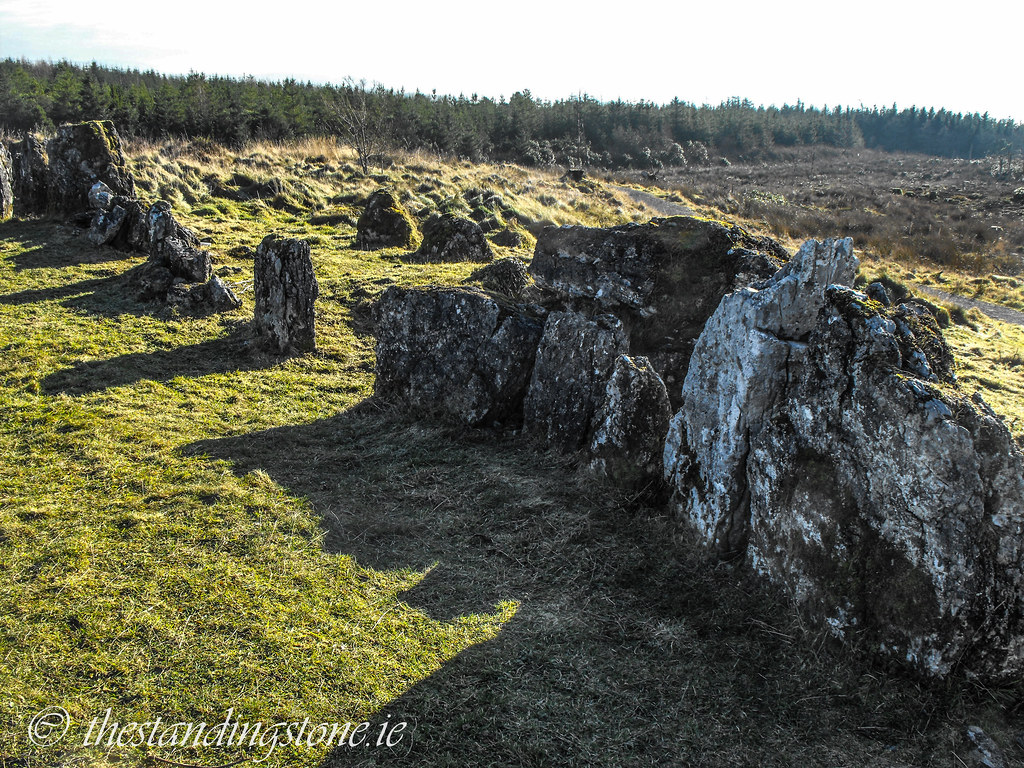 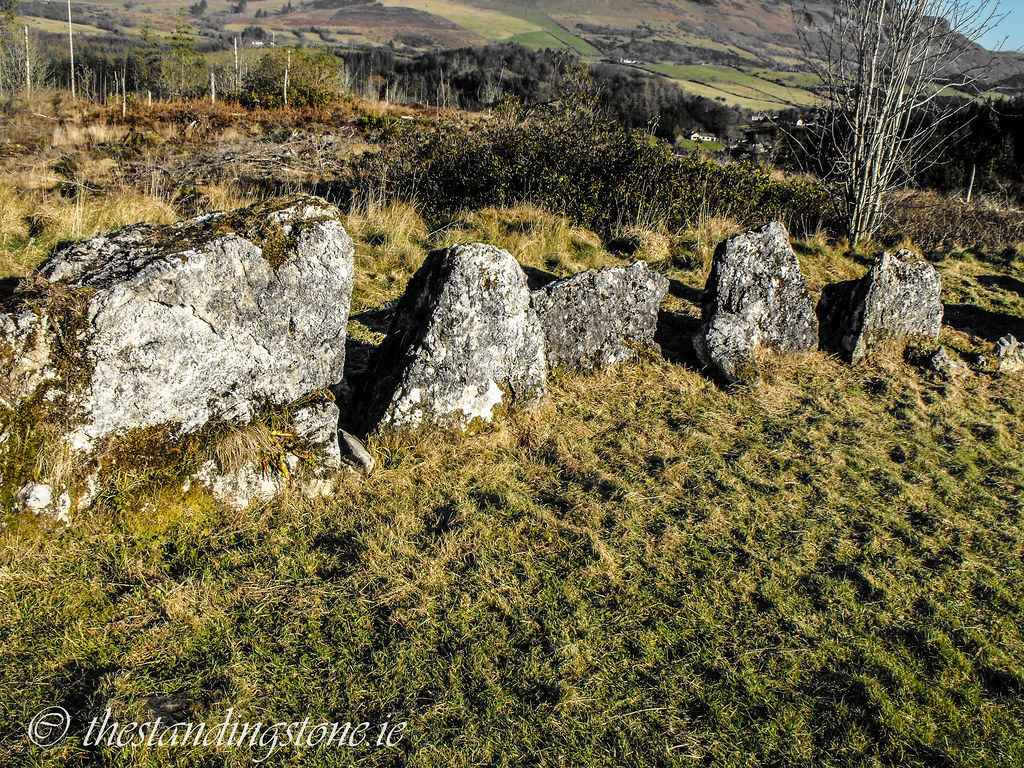 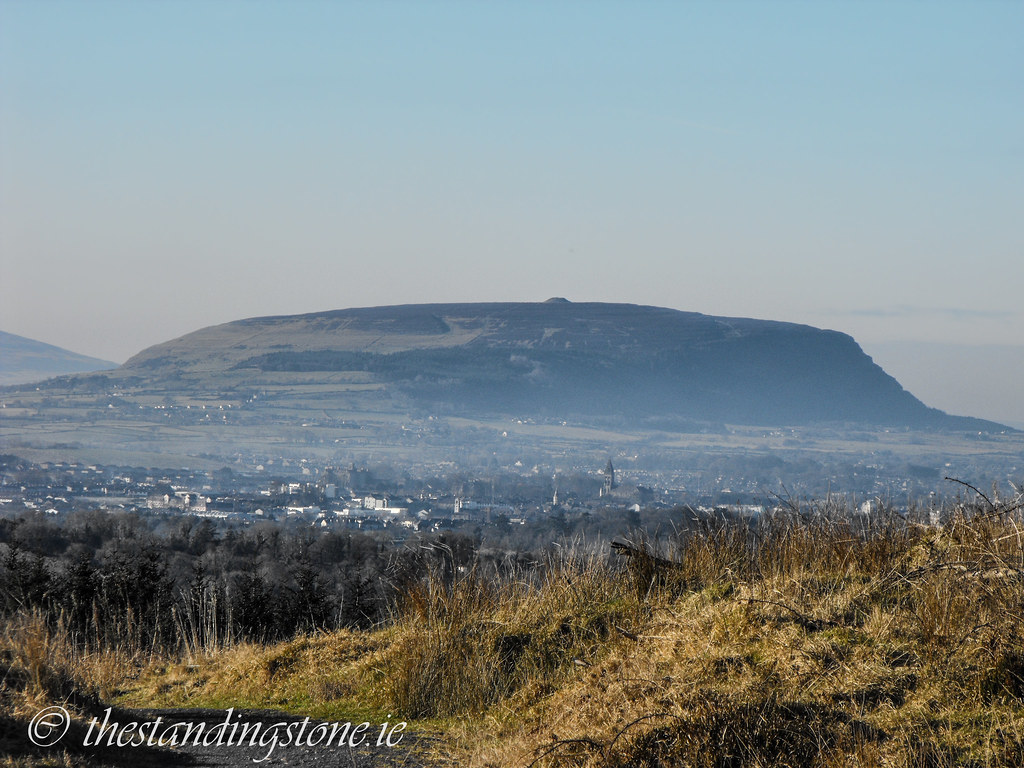