Description and History – In its heyday, Nenagh Castle must have been one of, or possibly the most impressive castle in Ireland. The imposing tower that remains today was originally one of five towers, plus connecting walls. It must have been a fantastic sight. The castle was built between 1200 and 1220AD and was the chief residence of Theobald Walter and the main seat of the Butler family until the early 14th century when the castle came into Mac Ibrien hands. It reverted to Butler control in the early 16th century in 1533 under Piers Butler, Earl of Ossory. In 1332 ‘prisoners took the castle of Nennogh and the gates there were burned; which was recovered and the prisoners kept.’ At the same time the castle was described as ‘...a castle surrounded with five towers, a hall, a house beyond the gate, a kitchen with stone walls roofed with shingles.’ Following the Williamite wars Nenagh castle was dismantled so that it would not be used again in any future conflicts. A landowner named Solomon Newsome tried to blow up the remaining portion of the castle in the 18th century but was unsuccessful. A large hole in the N wall represents this effort. The castle was five sided in plan with five large towers, thought to be the largest towers in Ireland and Britain. There was also a large twin-towered gatehouse and a large wall surrounding the castle. Only fragmentary ruins remain of the 5 towers as well as portions of the large wall and gatehouse. The main remaining feature is the keep which stands 4 storeys high with a castellated top that was added in the 19th century.

Difficulty – Easy to find as it is located in the centre of Nenagh town. It is due to re-open in early 2010 so I would advise ringing the tourist board first to make sure that it will be open when you get there.

Date of Visit: My first visit was on 29th August, 2009. The first two pictures are from this date. The rest of the pictures come from my return visit on 14th August, 2015 after conservation works were completed.
For more sites in Co. Tipperary, click here.
For more castles, click here. This was as close as I could get to the castle. 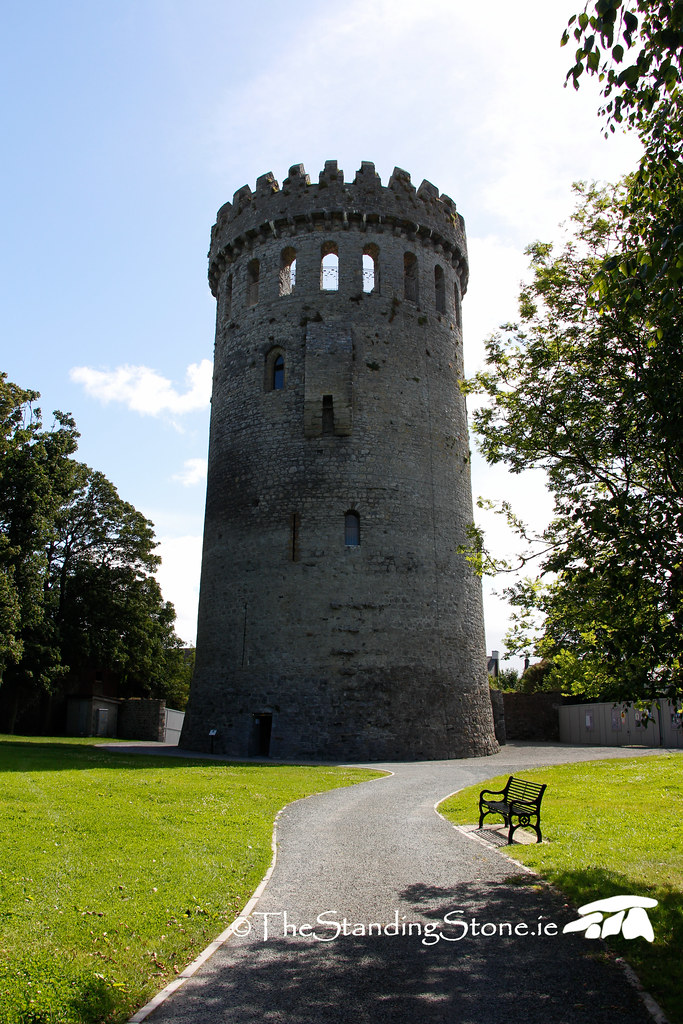 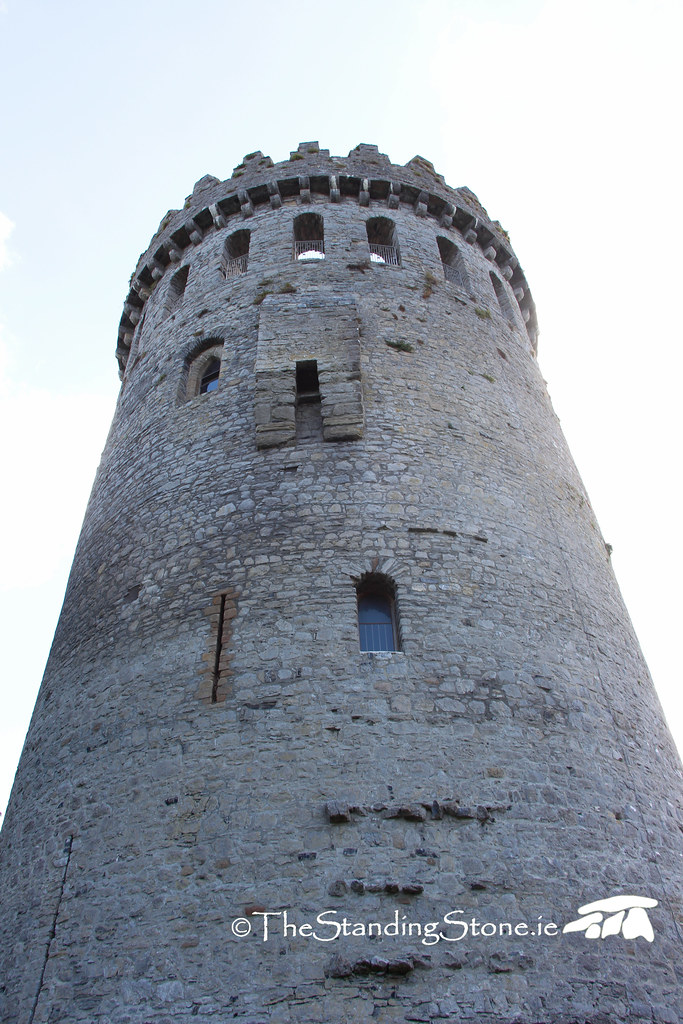 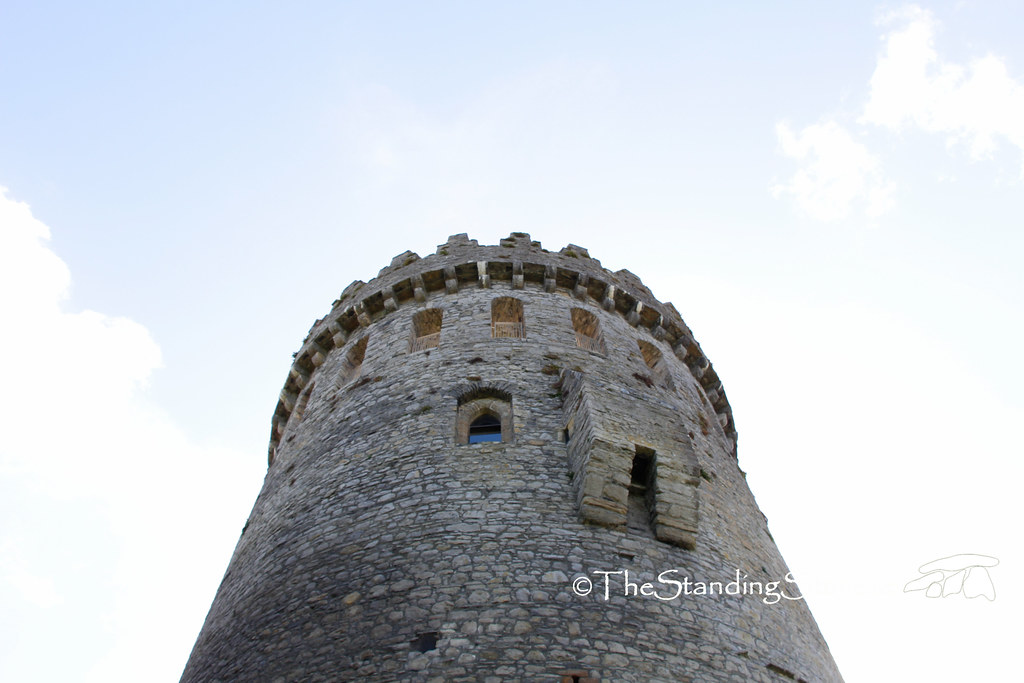 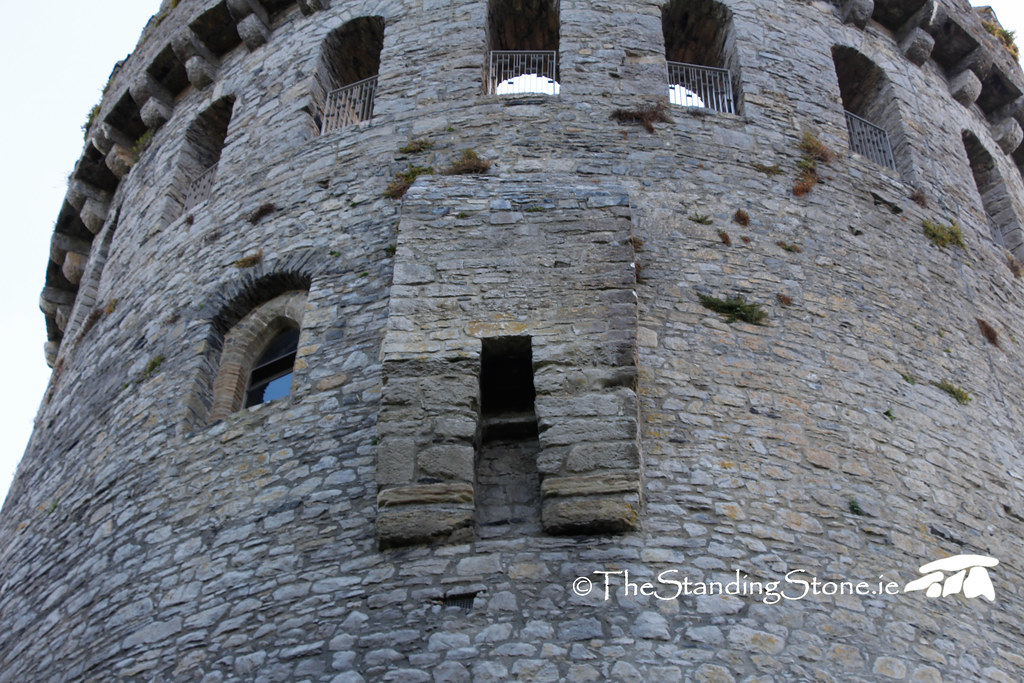 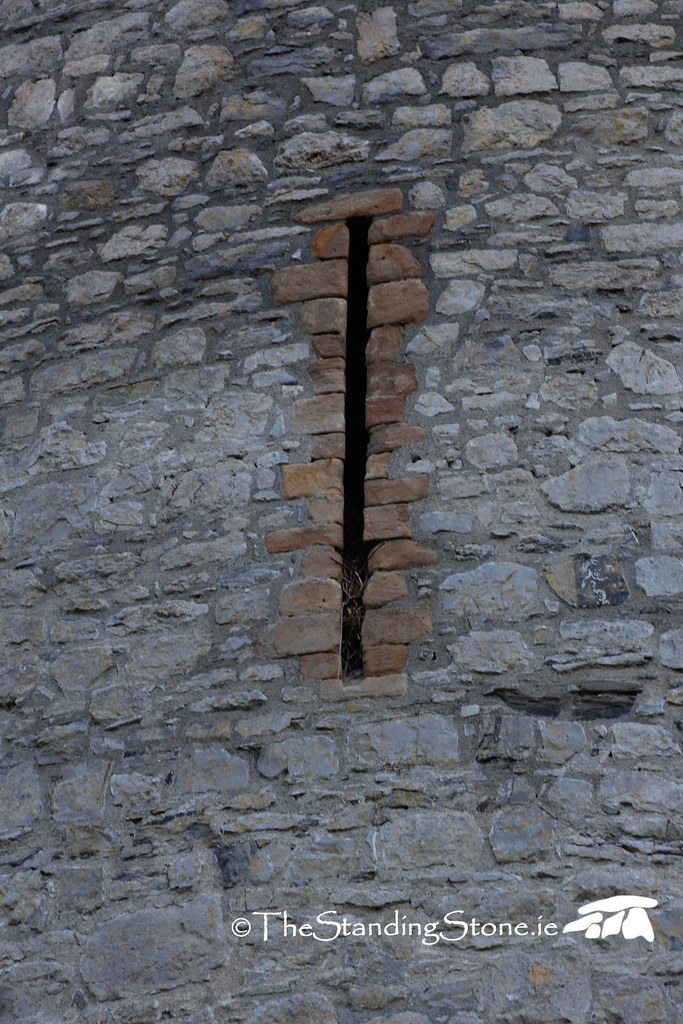 One of the plunging sandstone arrow-loops. 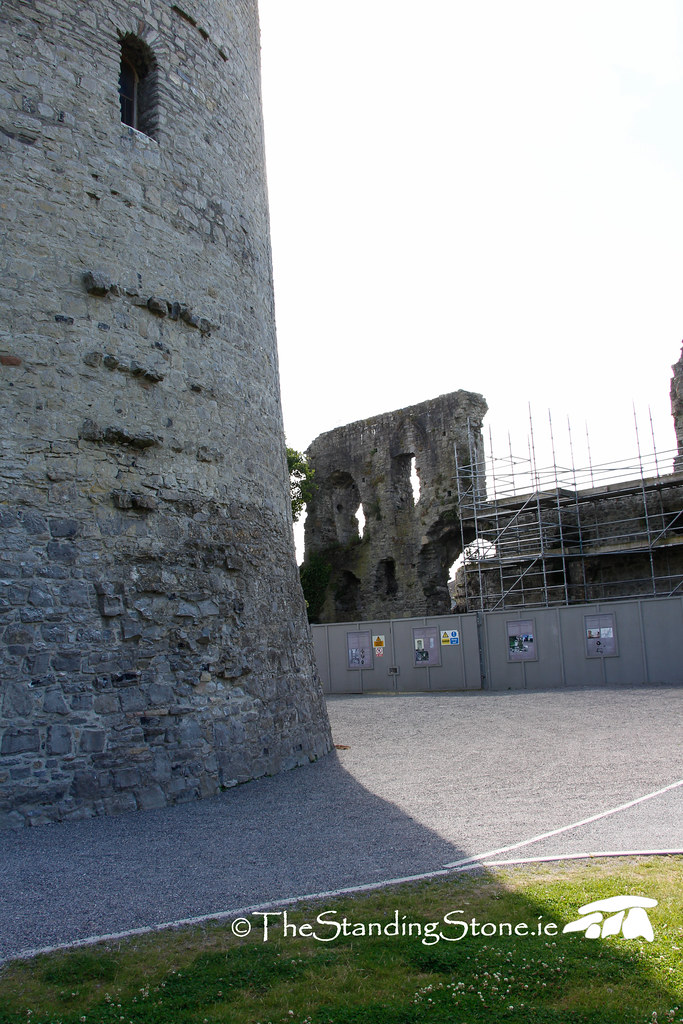 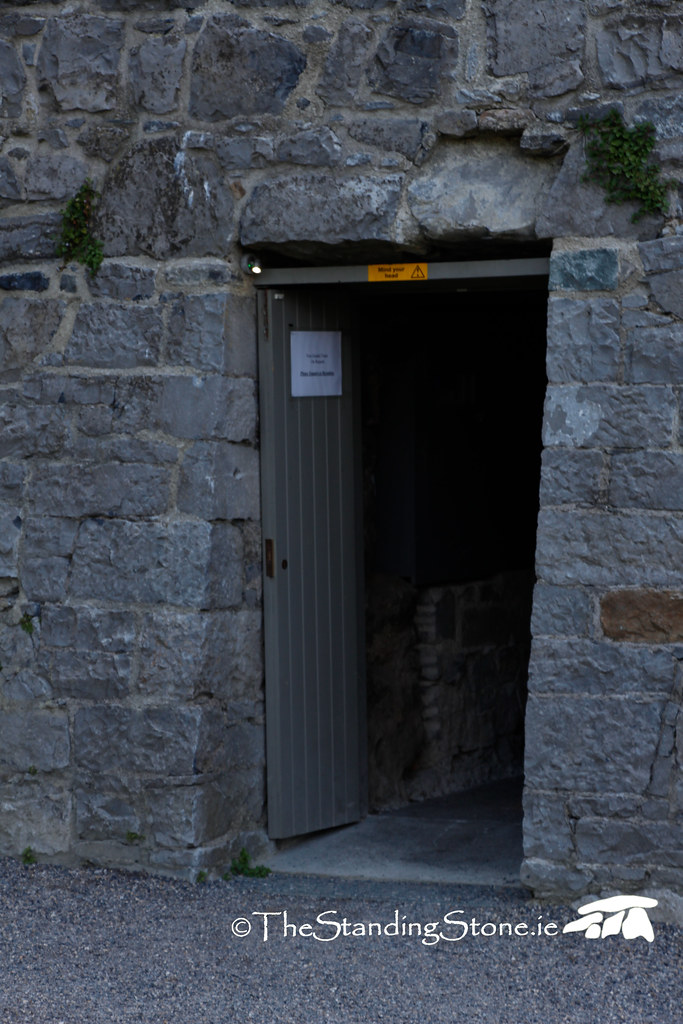 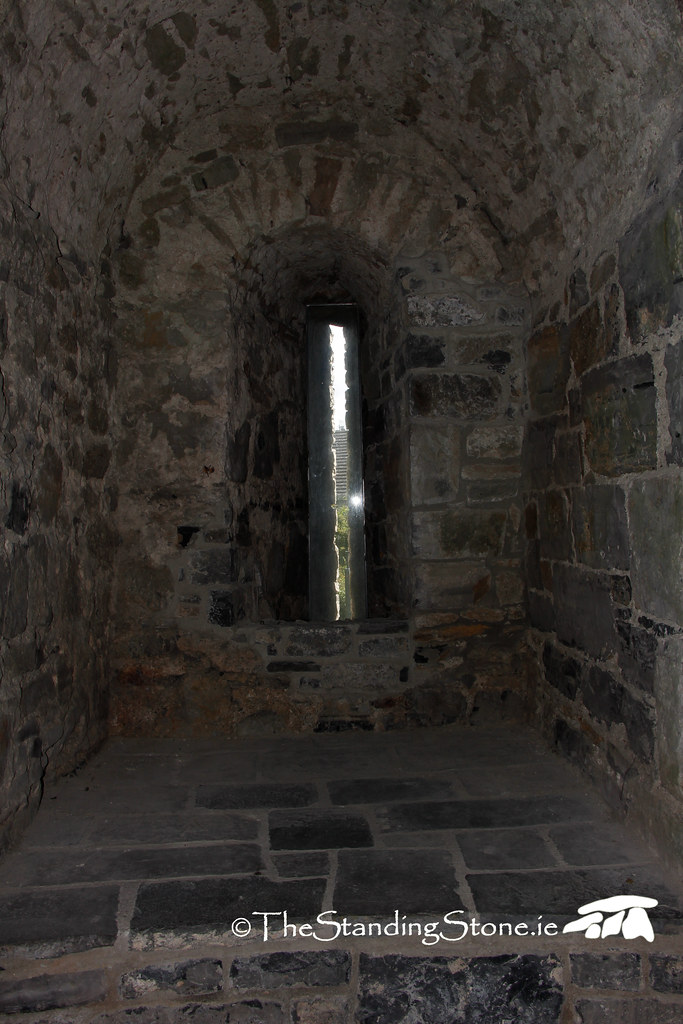 The castle has very deep embrasures. 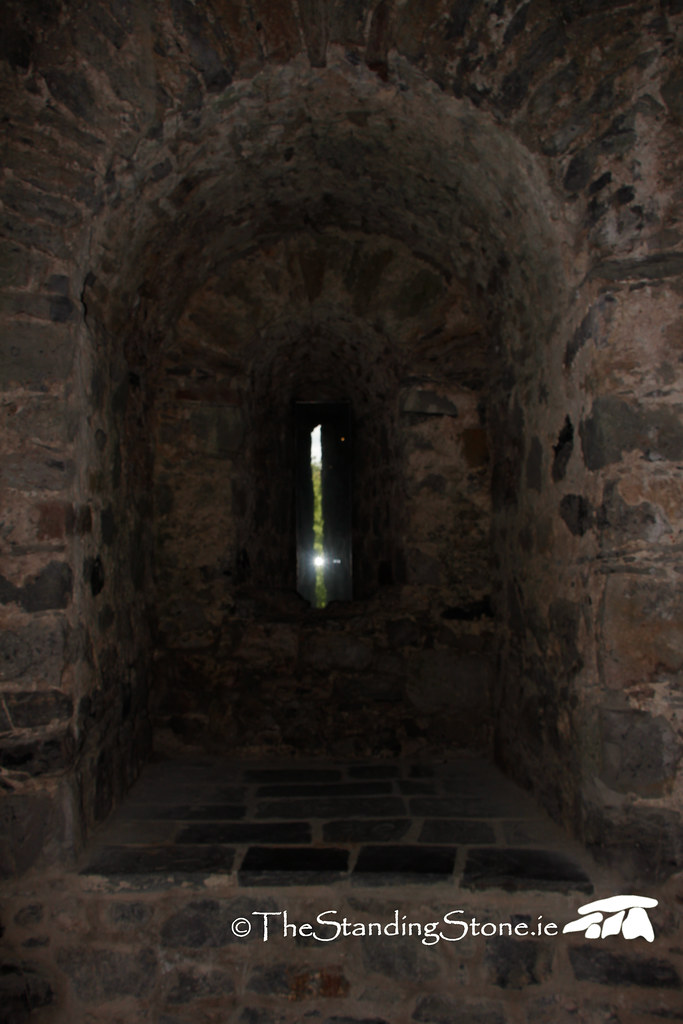 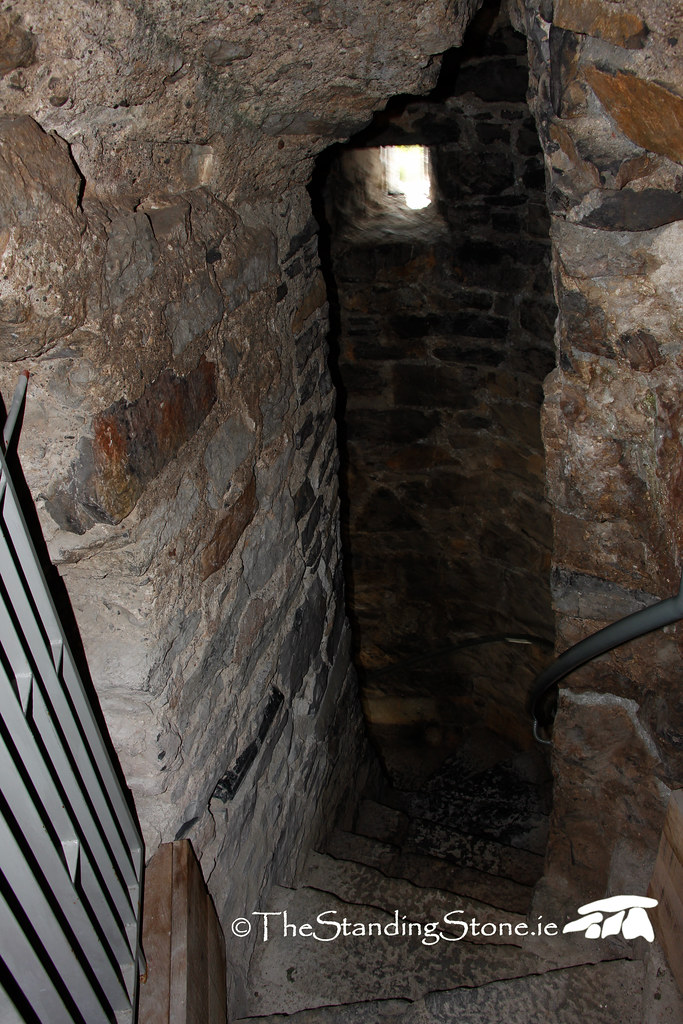 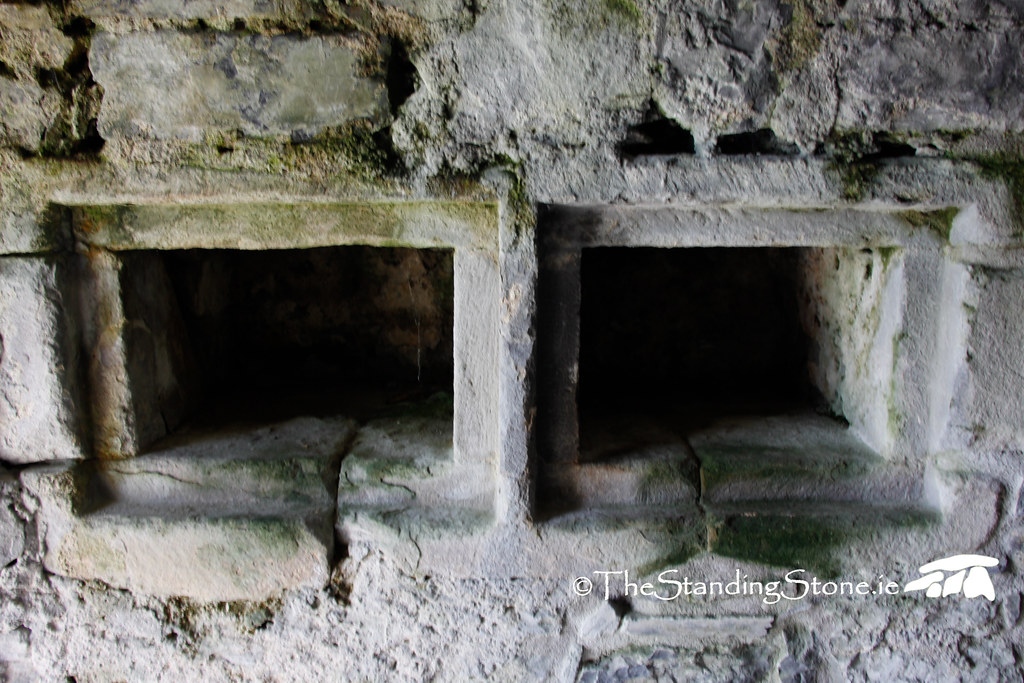 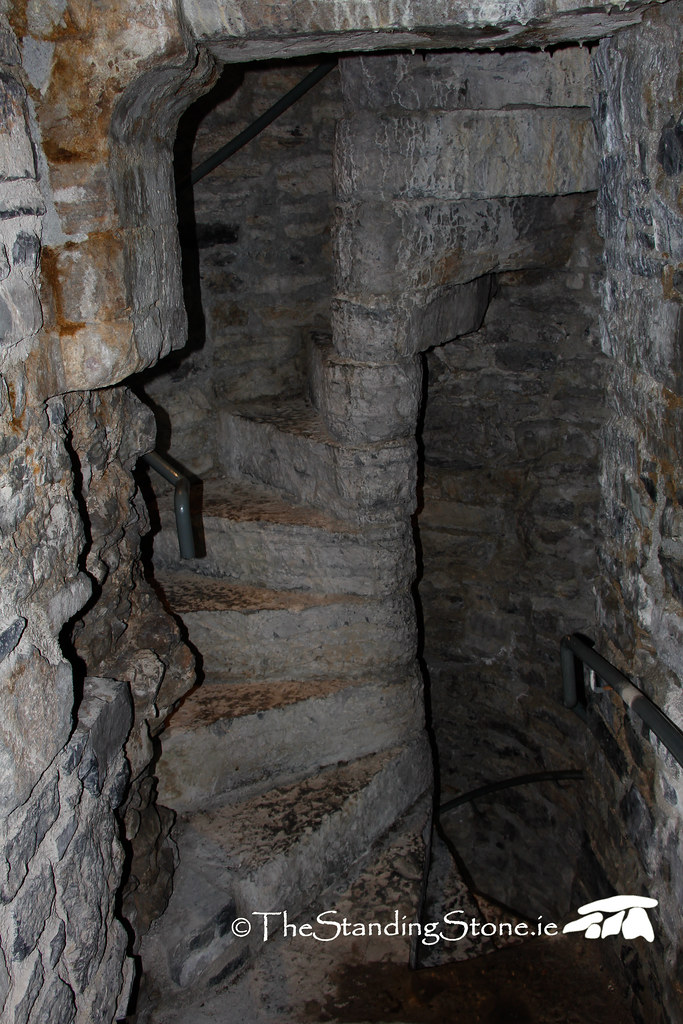 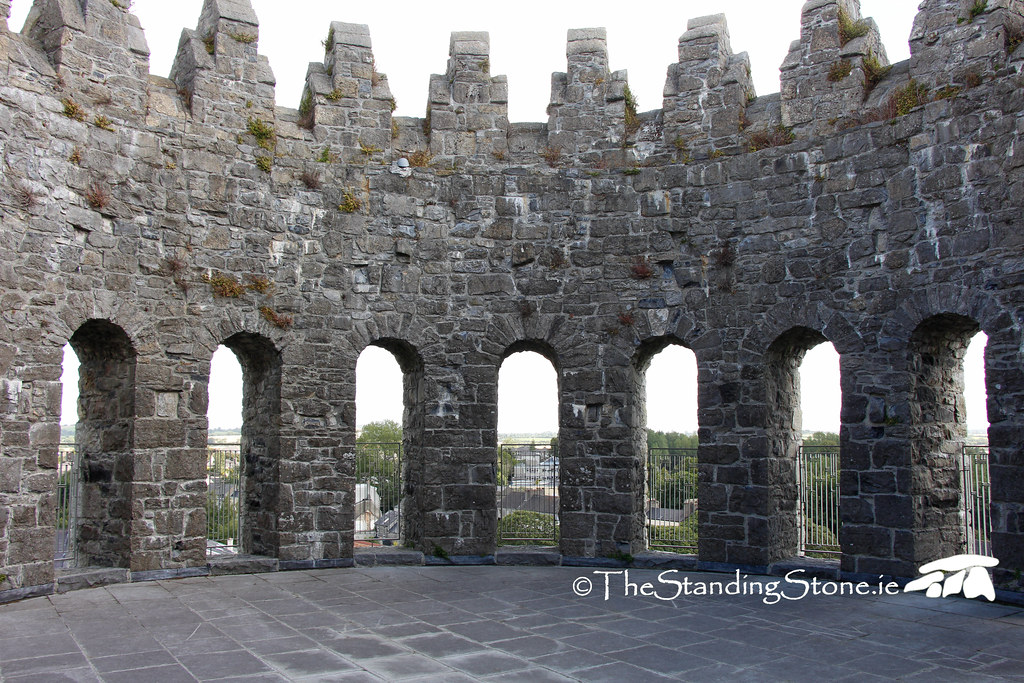 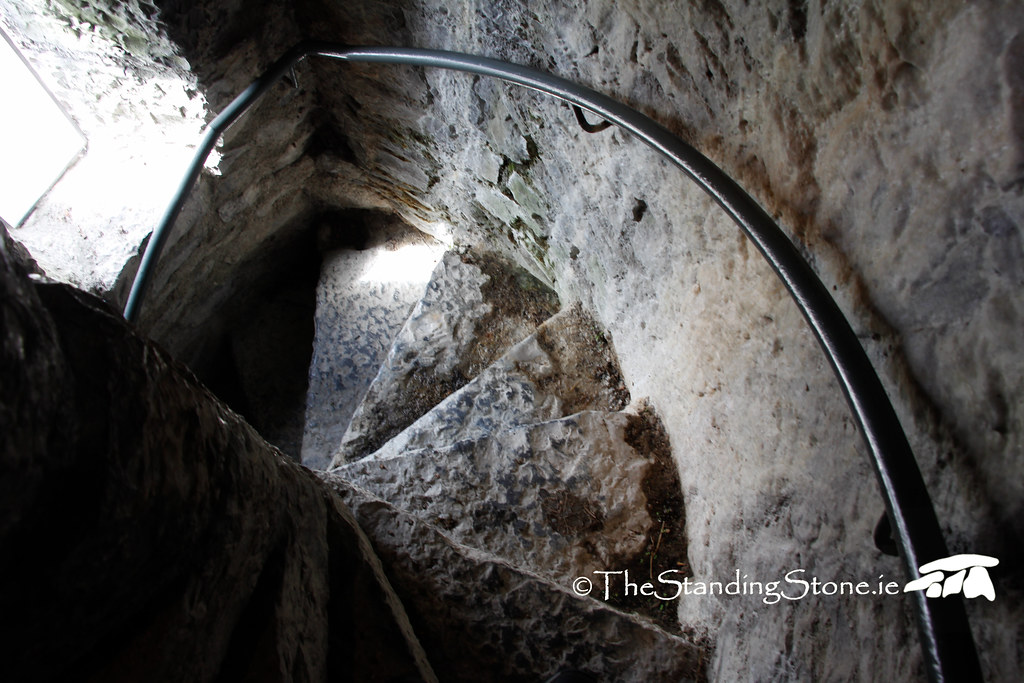