Location – From tomb 5 follow the field edge alone a small path to the next field and the tomb is located in there. It is highly visible from the road.

Description and History – This is probably the most famous tomb at the site and is by far the most photographed and used in almost every guide book ever printed about Ireland. The surrounding kerb circle consists of 31 stones and is 12.5m in diameter. The central tomb is again dolmen like but is a polygonal passage tomb made up of 6 stones with a large capstone on top. The date given from radio-carbon dating is 4200 B.C and this again comes from the controversial dates from the Swedish excavation in the 1970’s. There were many sea shells found here along with cremated human bones and antler pins. An arrow head was also found. This arrow head is dated to 2500 B.C. This again indicates that the site was used over a period of time. This tomb along with tomb 13, across the road, is very well preserved and it has been speculated that these two tombs formed an entrance to Carrowmore.

Difficulty – Very easy but makes sure you don’t miss this one as a house obscures the tomb from tomb 5 which is where you reach this tomb from. 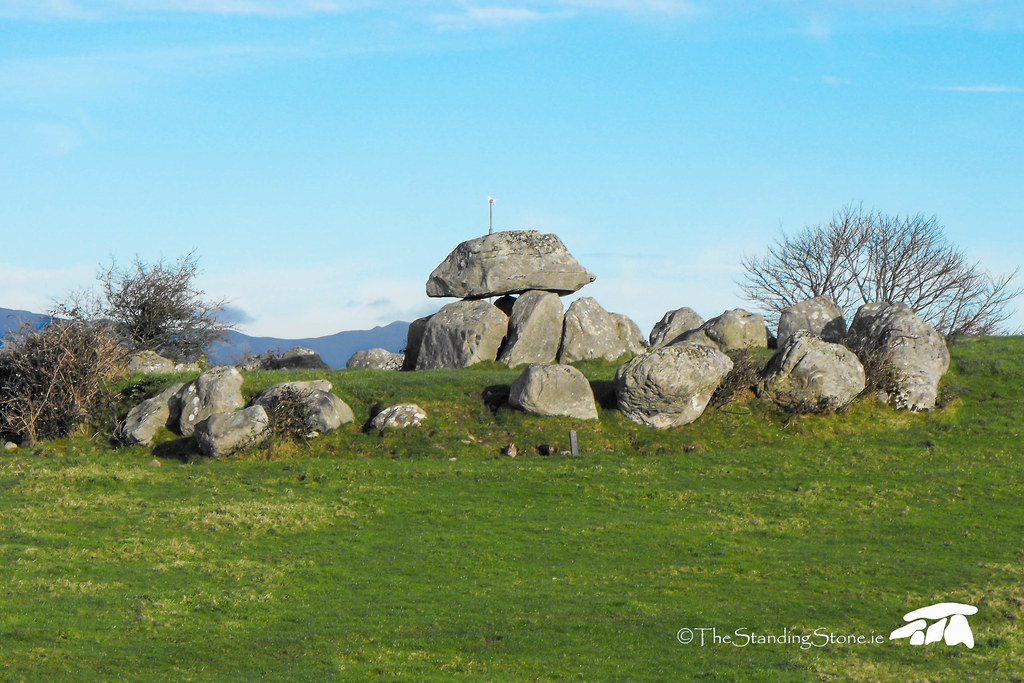 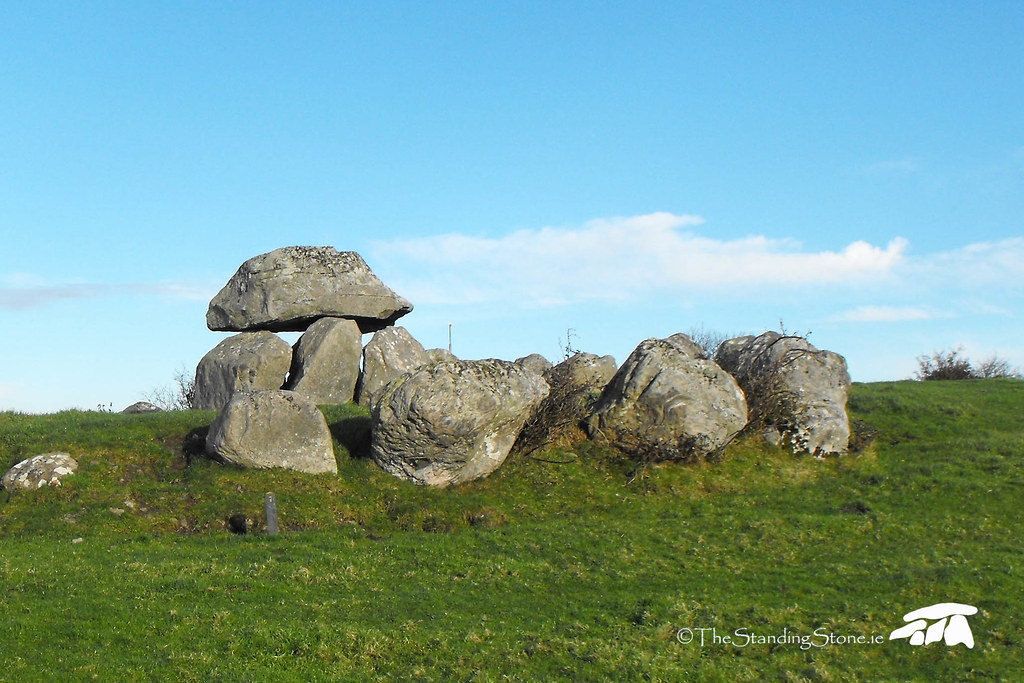 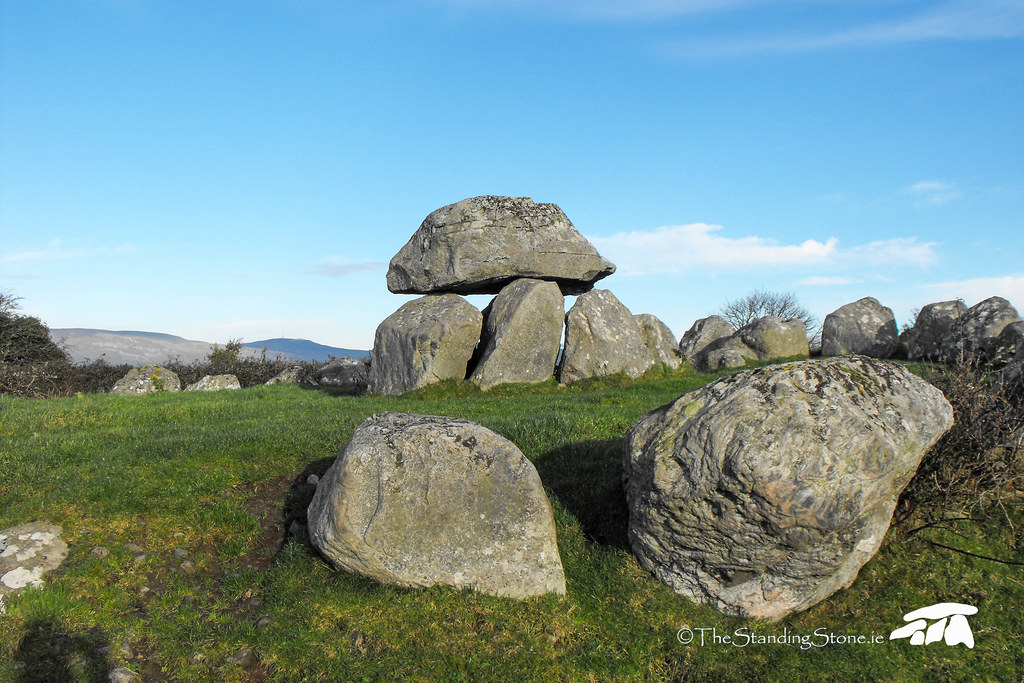 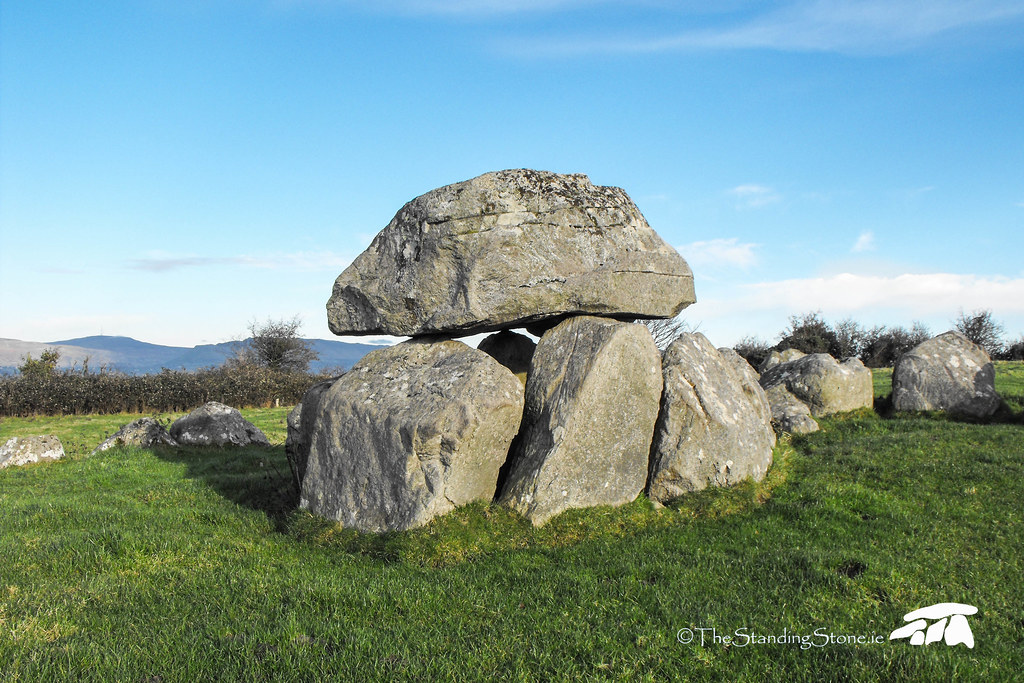 As with all of the sites at Carrowmore, all we are left with is the skeleton of the tomb, which would have been covered with a cairn originally. 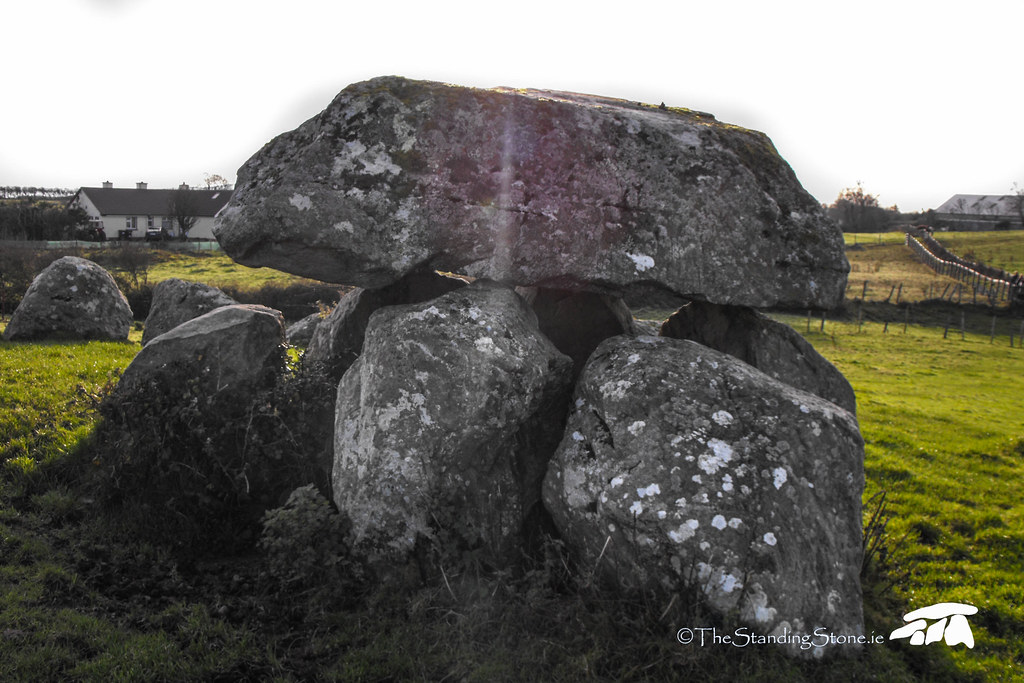 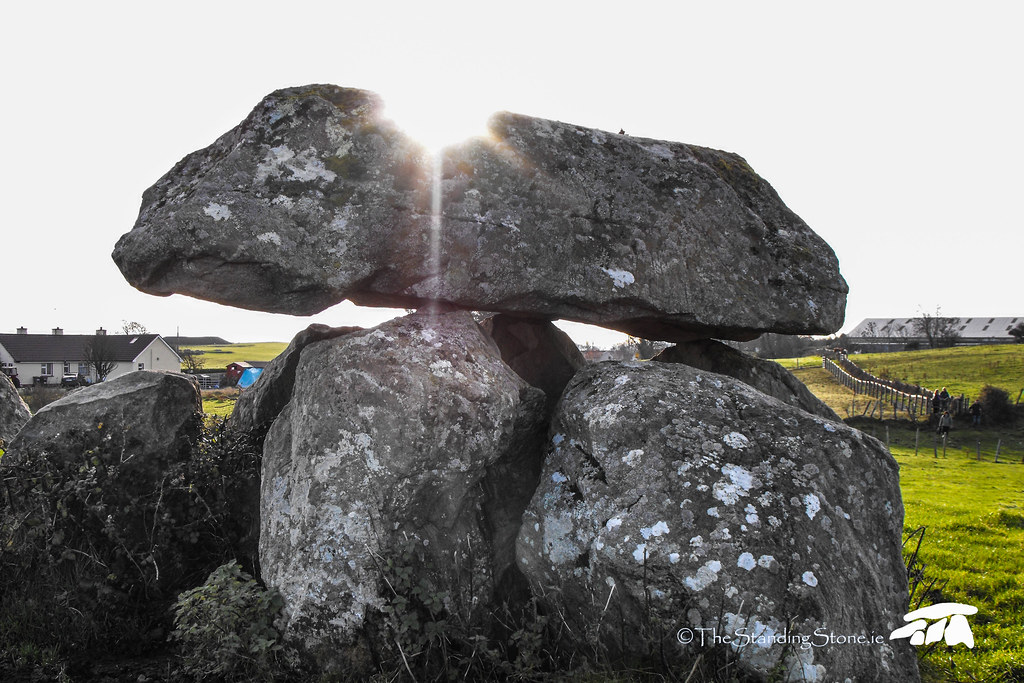 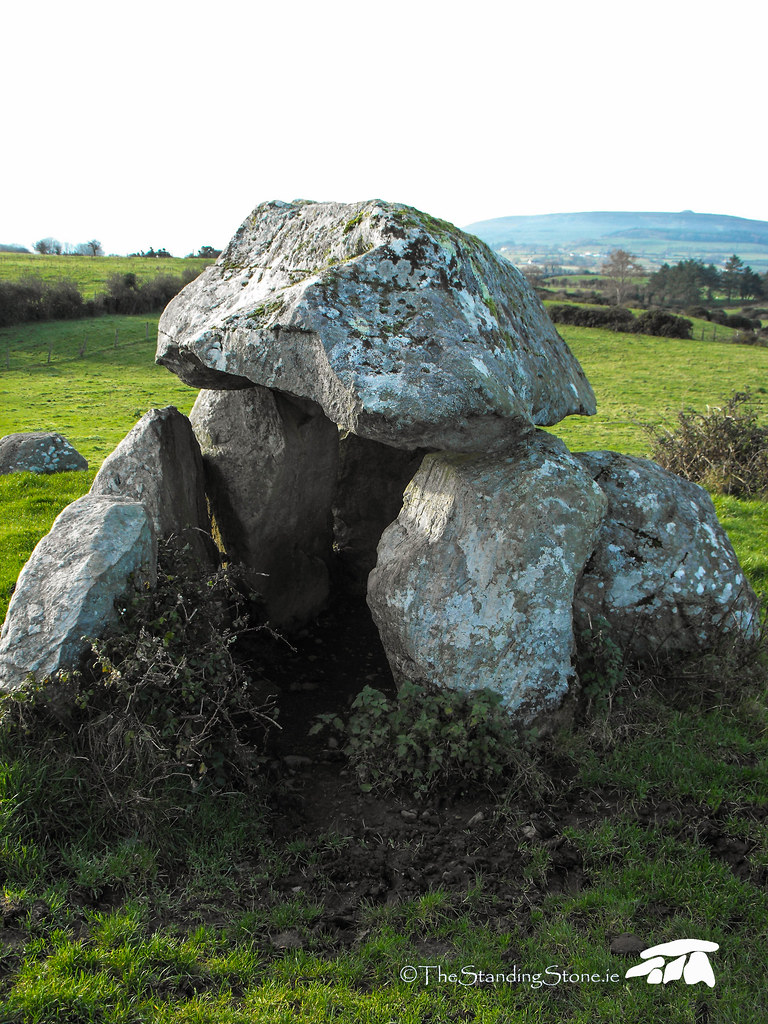 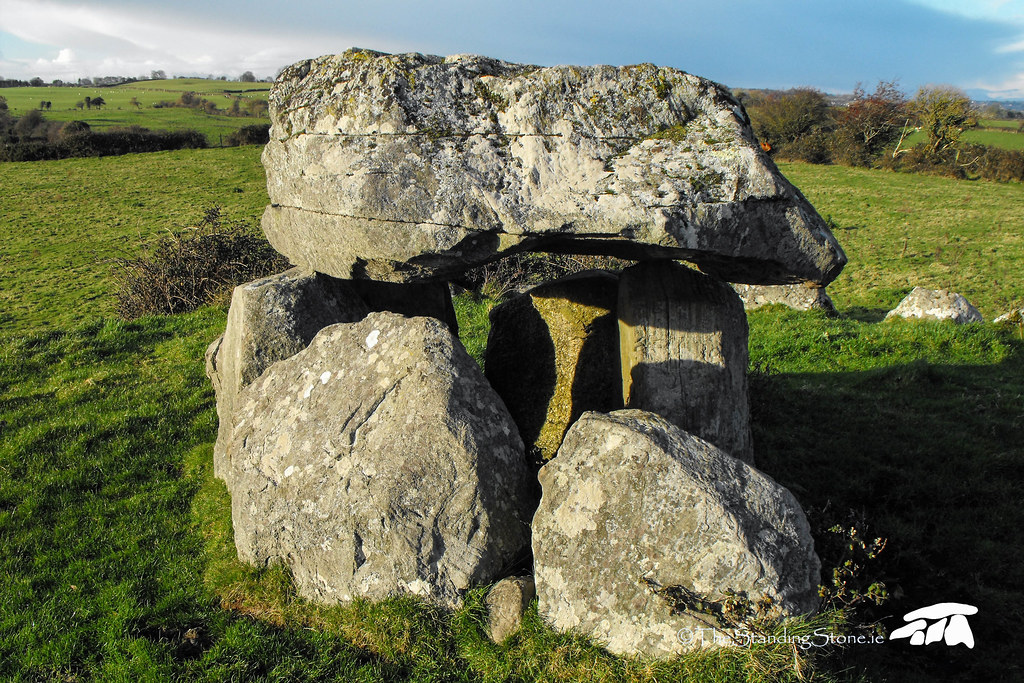 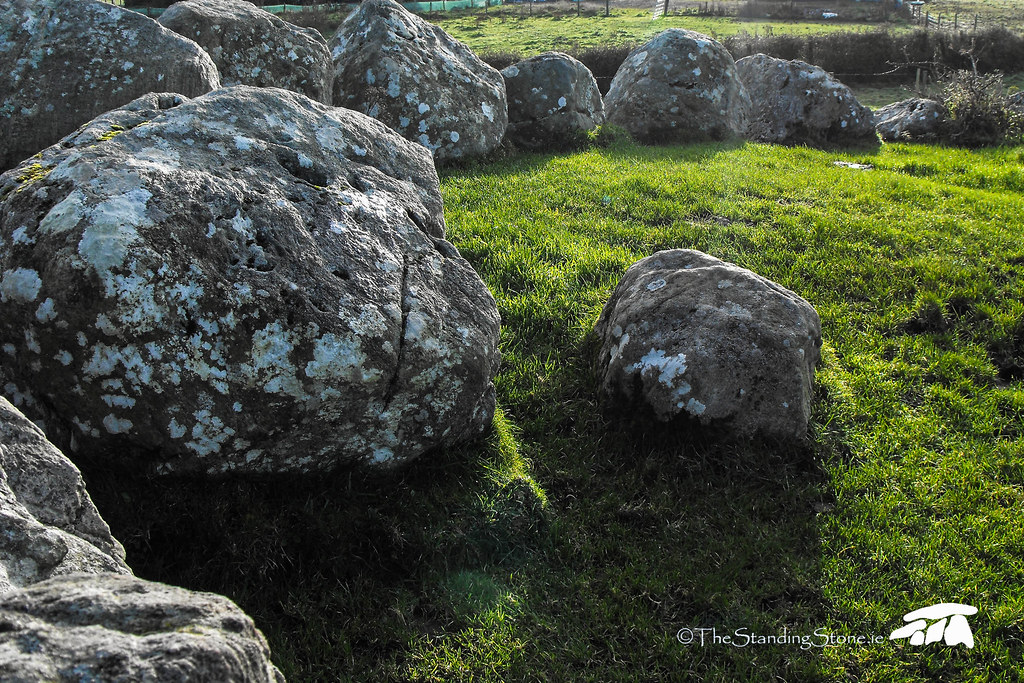 The kerb stones are really large on this tomb. 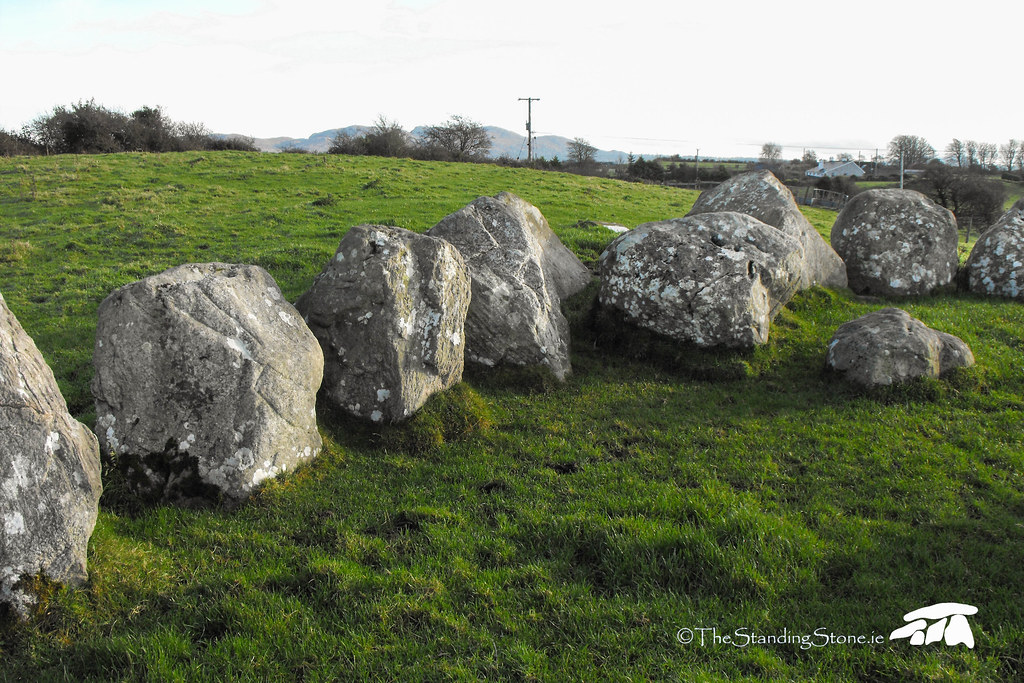 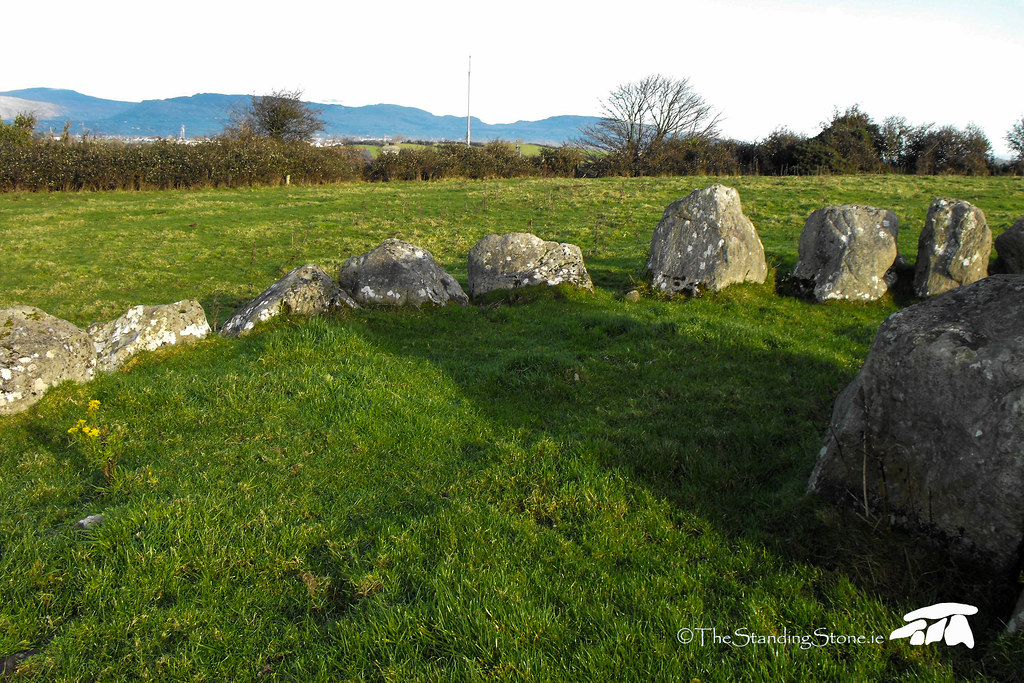 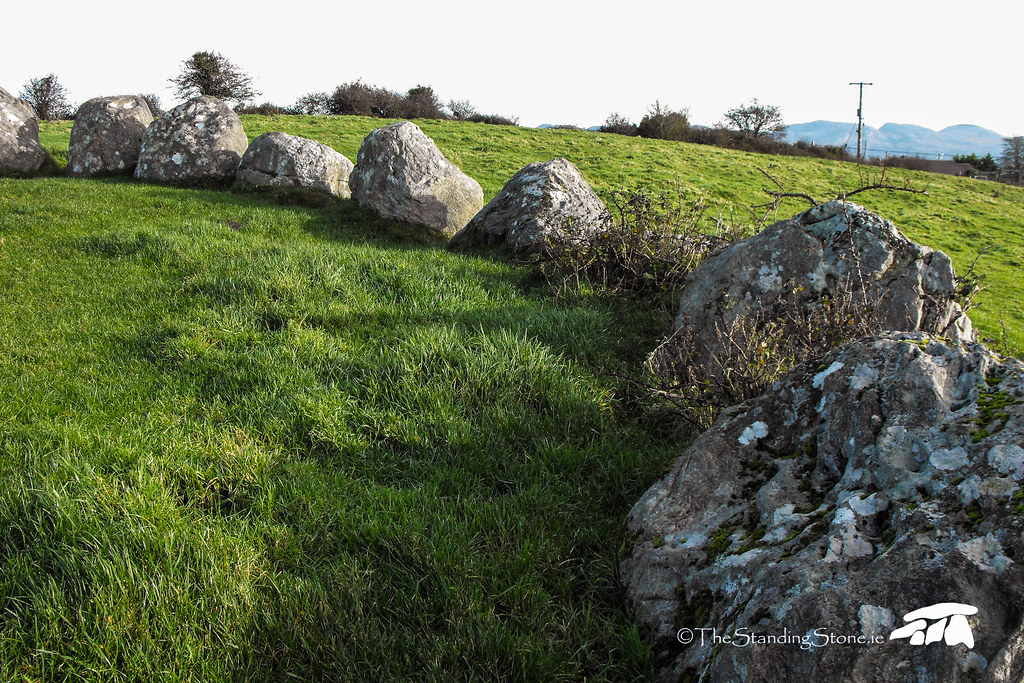 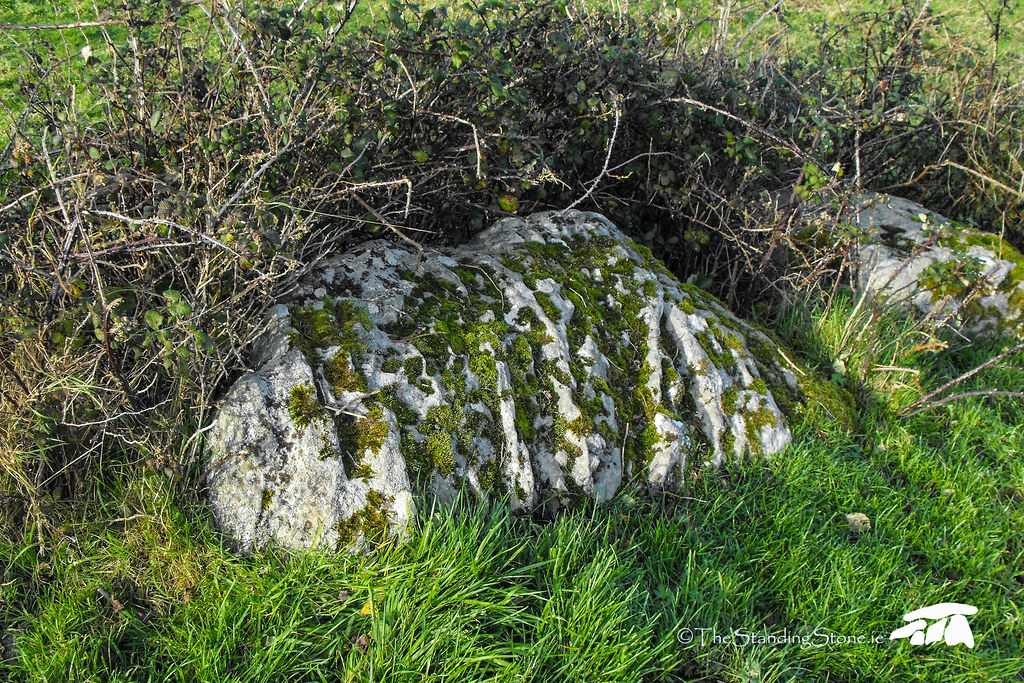 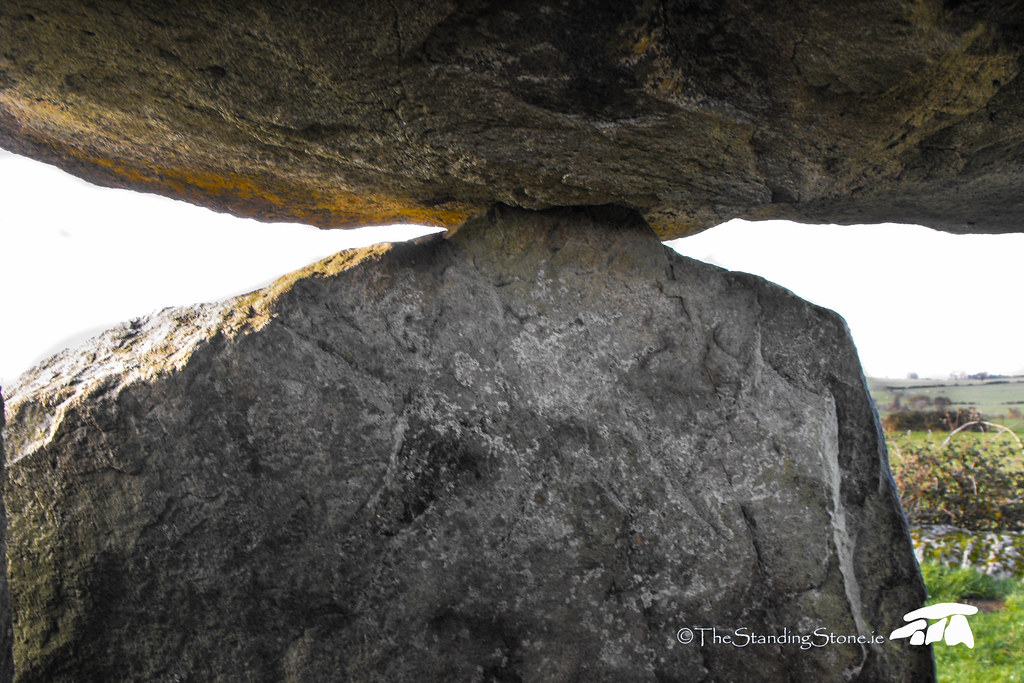 It's fascinating to see how the stones fit together. 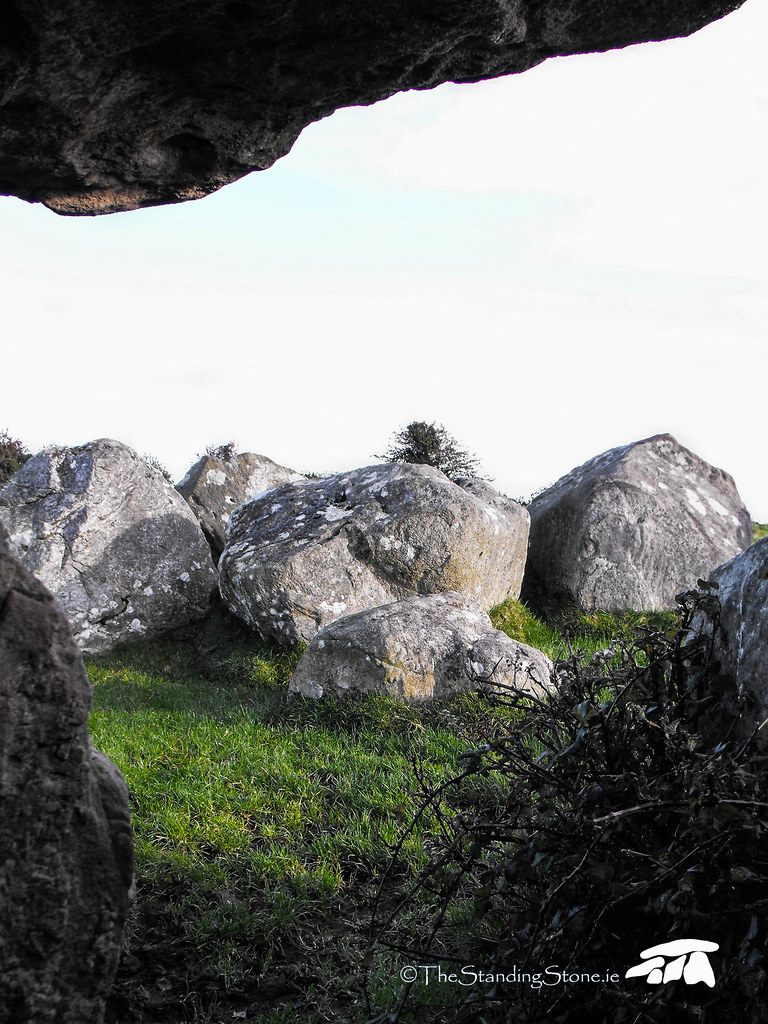 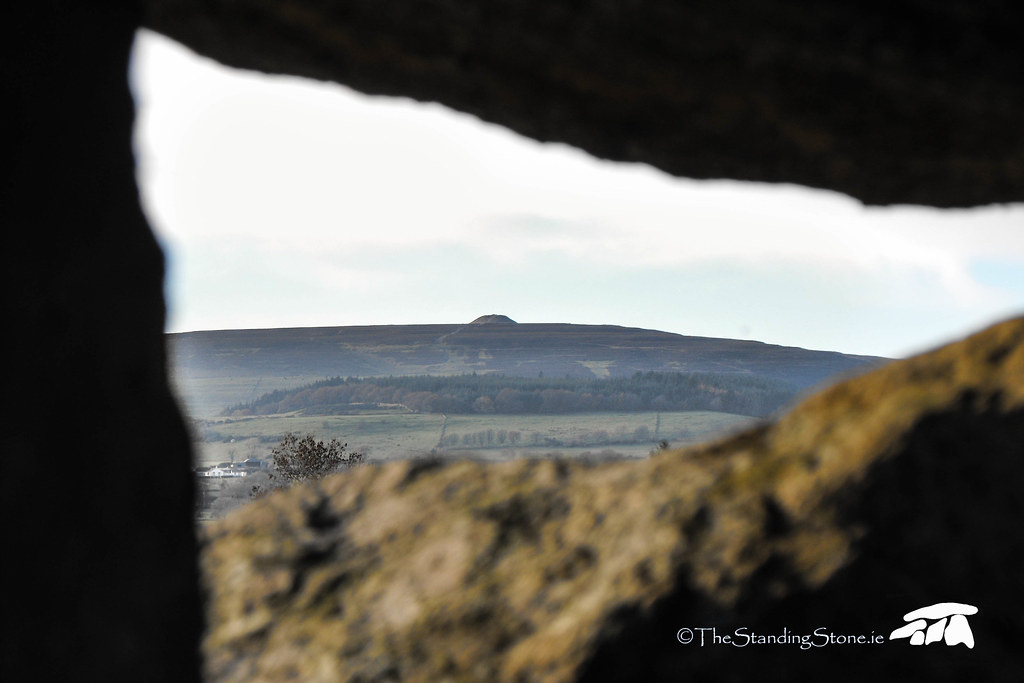 Knocknarae through a gap in the stones. 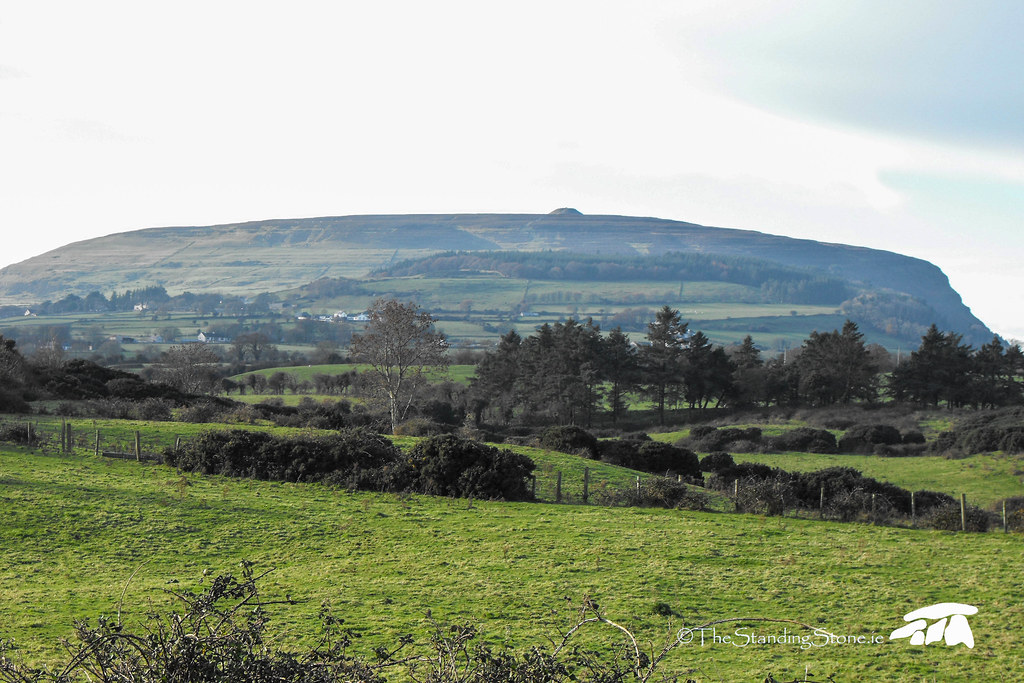