Location – These two earthworks are located just outside of Portballintrae on the Causeway Coast. Co-ordinates are taken from the first earthwork you reach along the path from the carpark. The second earthwork is clearly visible from here.

Description and History – These two Iron Age earthworks are very well defined quite large. Known locally at the ‘cups and saucers’ the two are contrasting in that one is wet and one is dry. The Northern earthwork is the smaller of the two and is dry. In the 19th century a house was built over part of it and is still there today. The larger of the earthworks is marshy as a natural spring sits at its centre. The purpose of which is unknown but it has been speculated that they could have been used for public assemblies, gatherings or rituals. The contrast between wet and dry may signify birth and death.

The banks of the dry earthwork are 3m high on the outside with inner bank reaching 2m making it impossible to see out once you are inside. The inner portions of the bank are lined with stone and brick and this dates to the 19th century when the earthwork was used as a garden for the adjoining house. The wet earthwork is less well defined and less steep, although the banks are a little higher. The inner portion is more overgrown and very marshy and it can be difficult to tell that there is water there until you fall in!

These are very impressive earthworks and quite unusual. They are certainly worth taking the time to explore fully.

Difficulty – Fairly easy to get to. There is a carpark by the beach and a path to the sites. Steps are provided to traverse the high banks but beware of the water in the wet earthwork.

The following are of the dry earthwork. 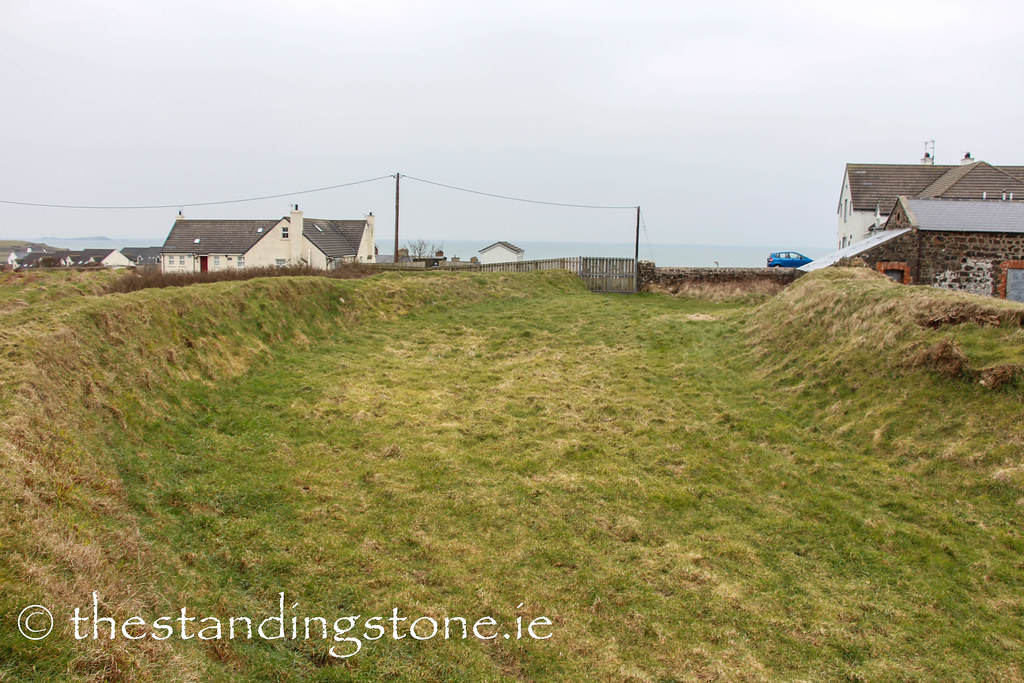 Between the inner and outer bank. 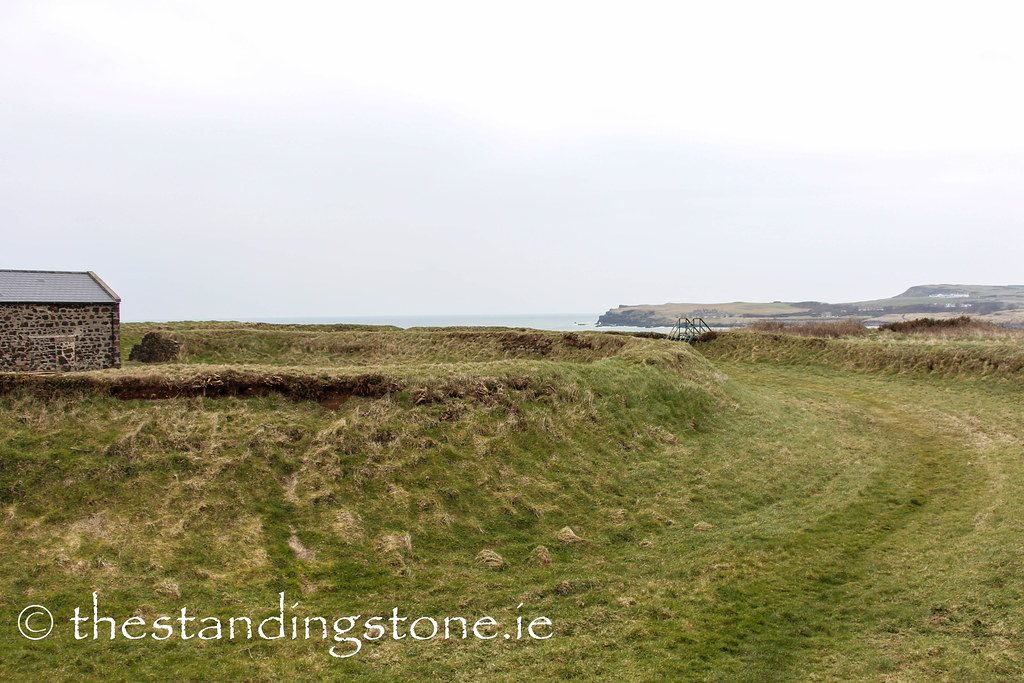 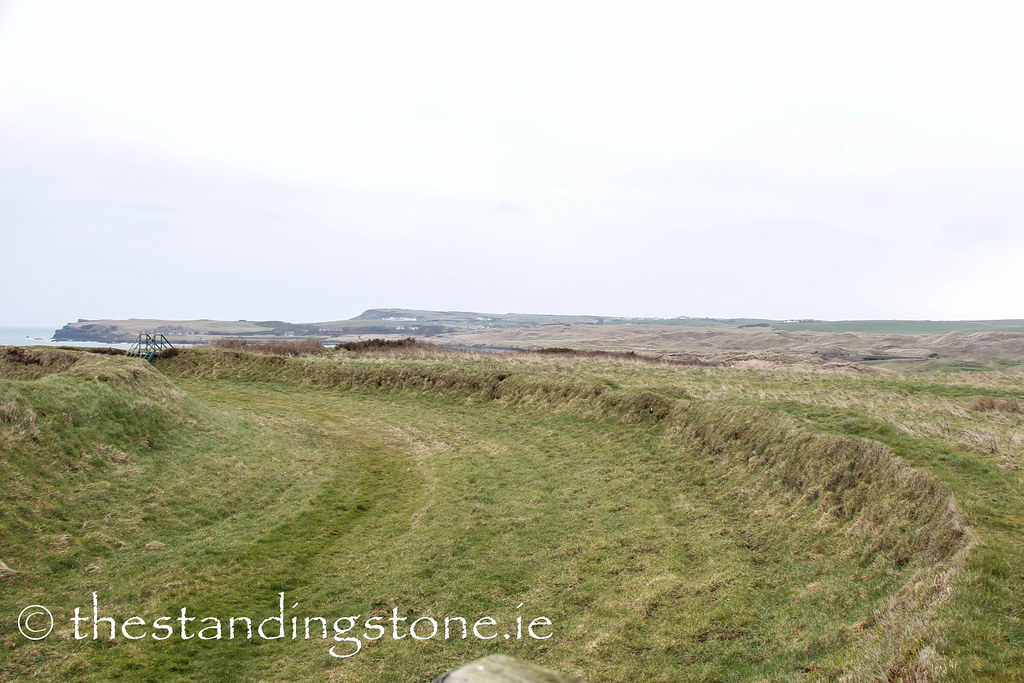 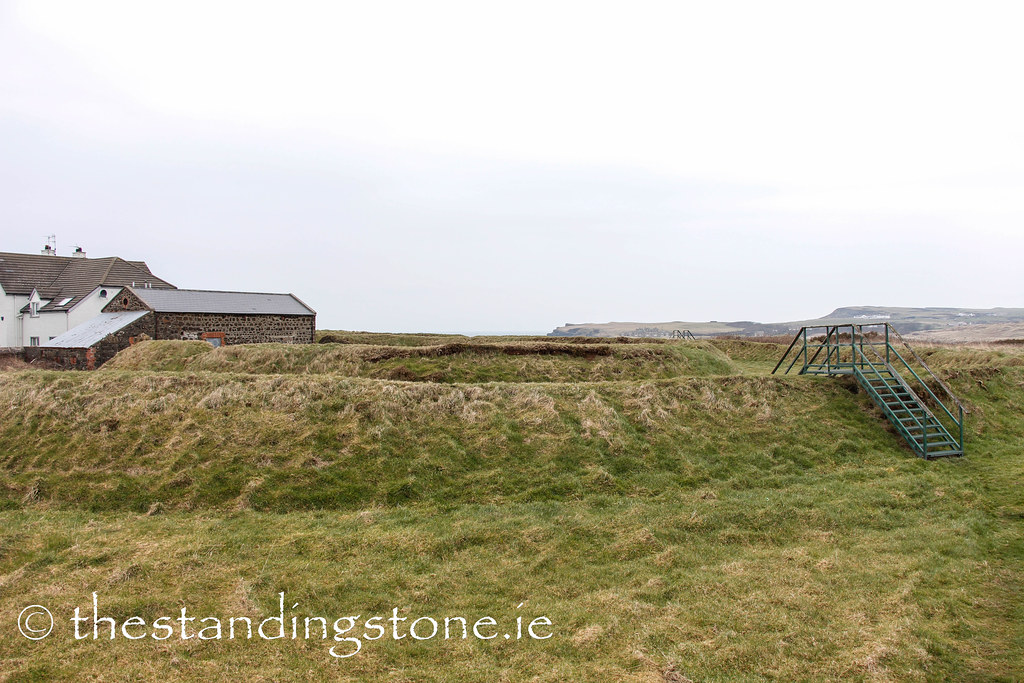 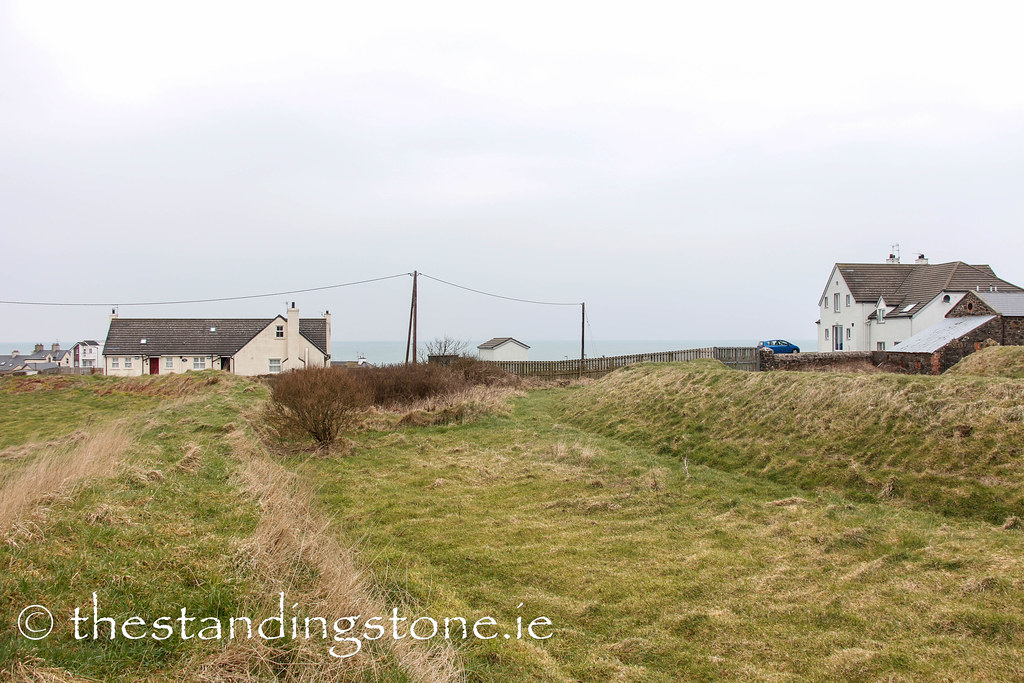 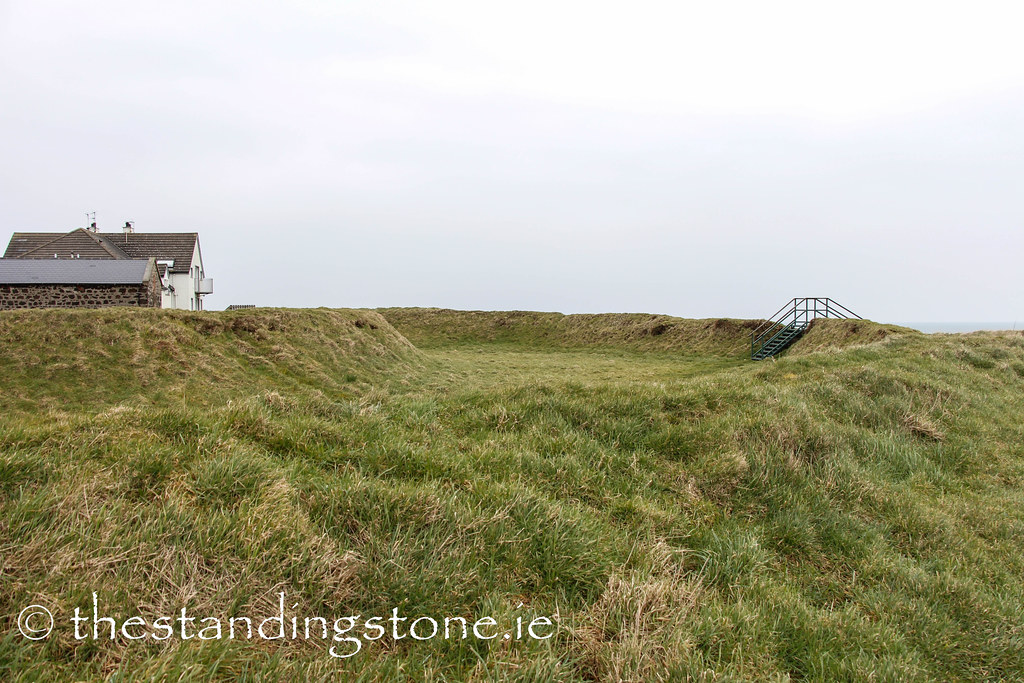 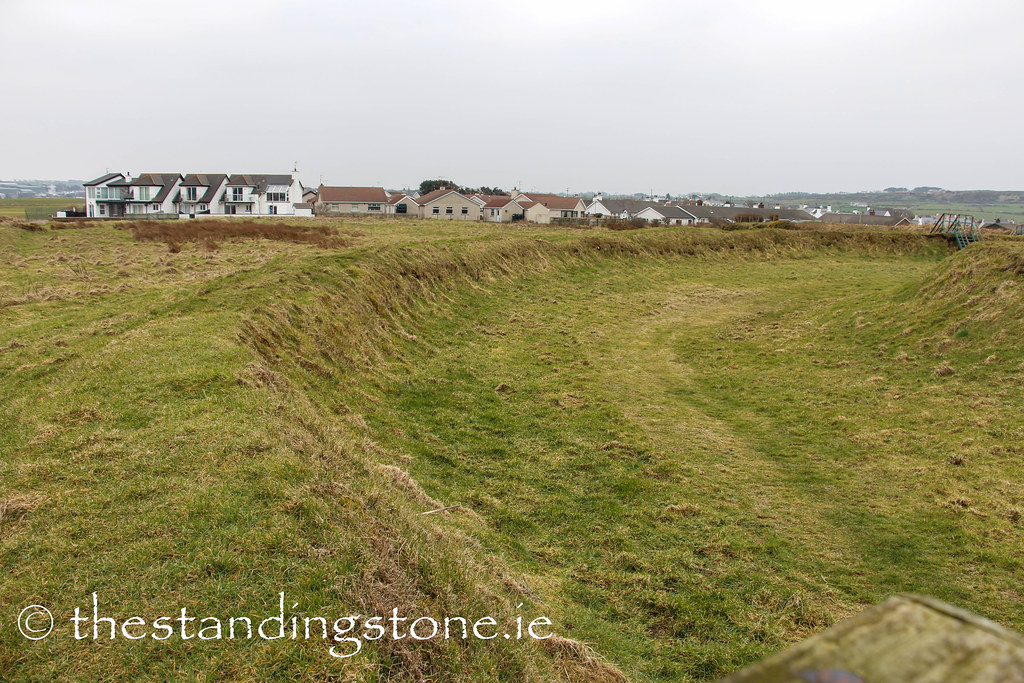 The pictures don't do it justice. These earthworks are very impressive. 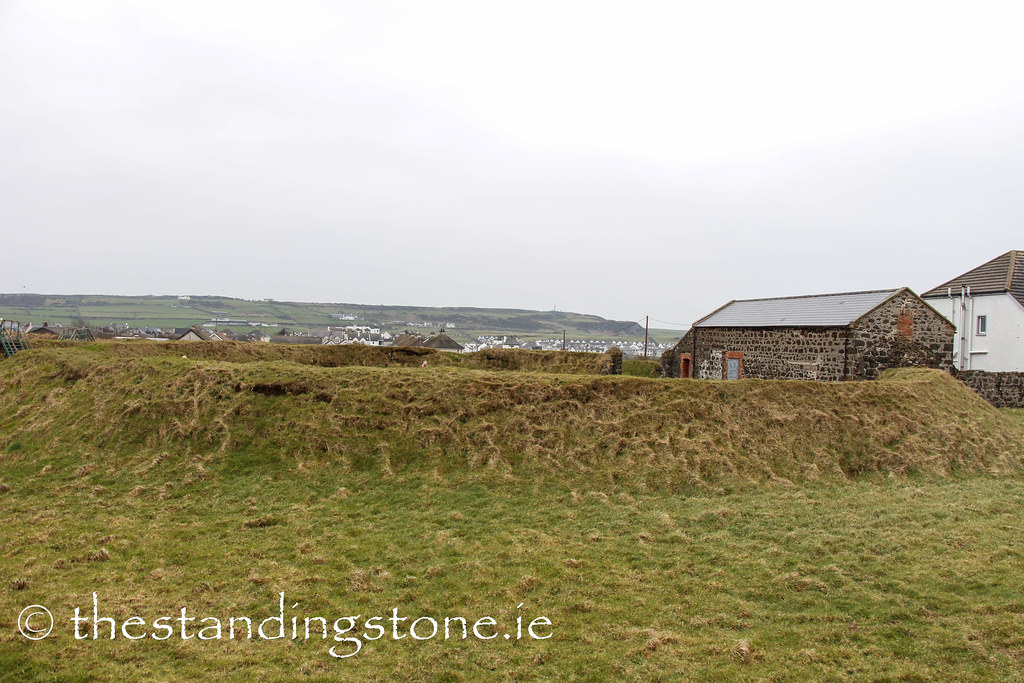 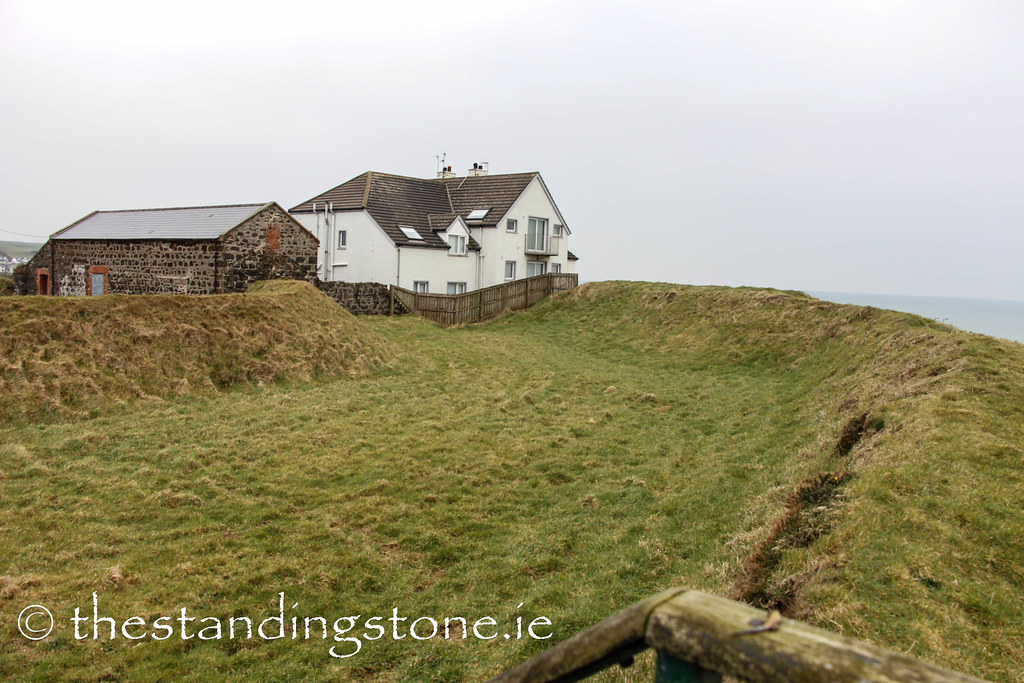 The house was built over part of the earthwork. 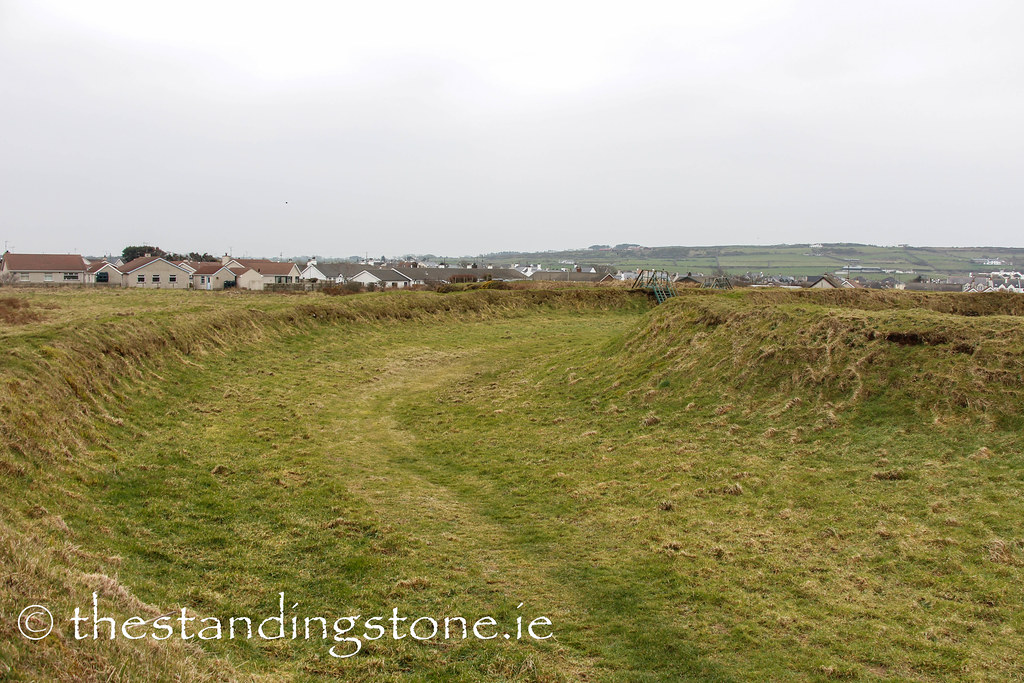 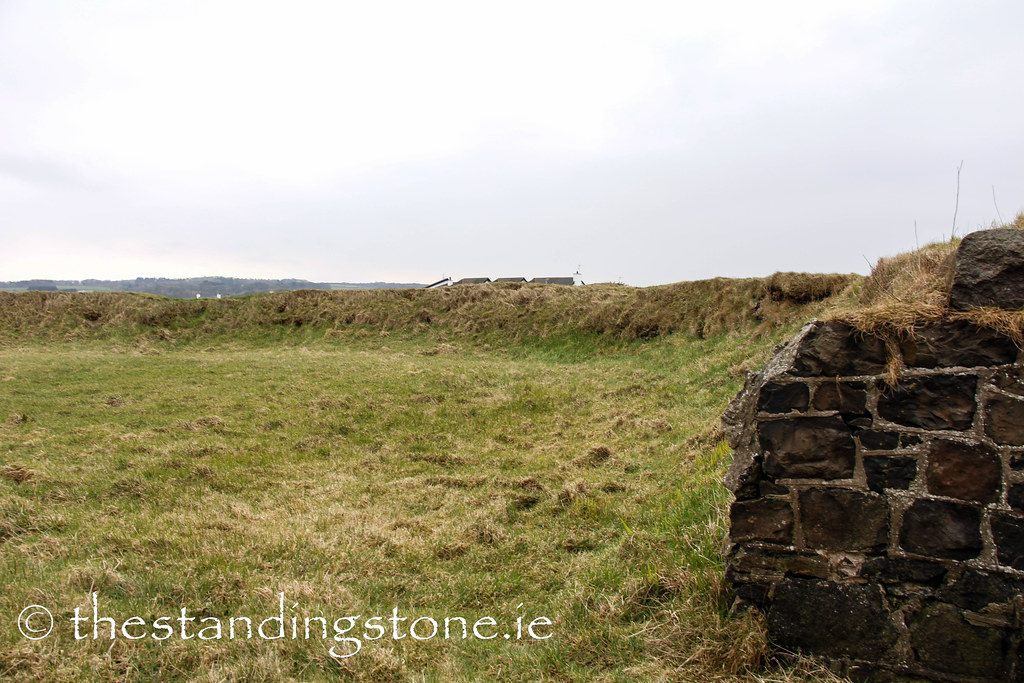 The modern brickwork where the earthwork has been used as a garden. 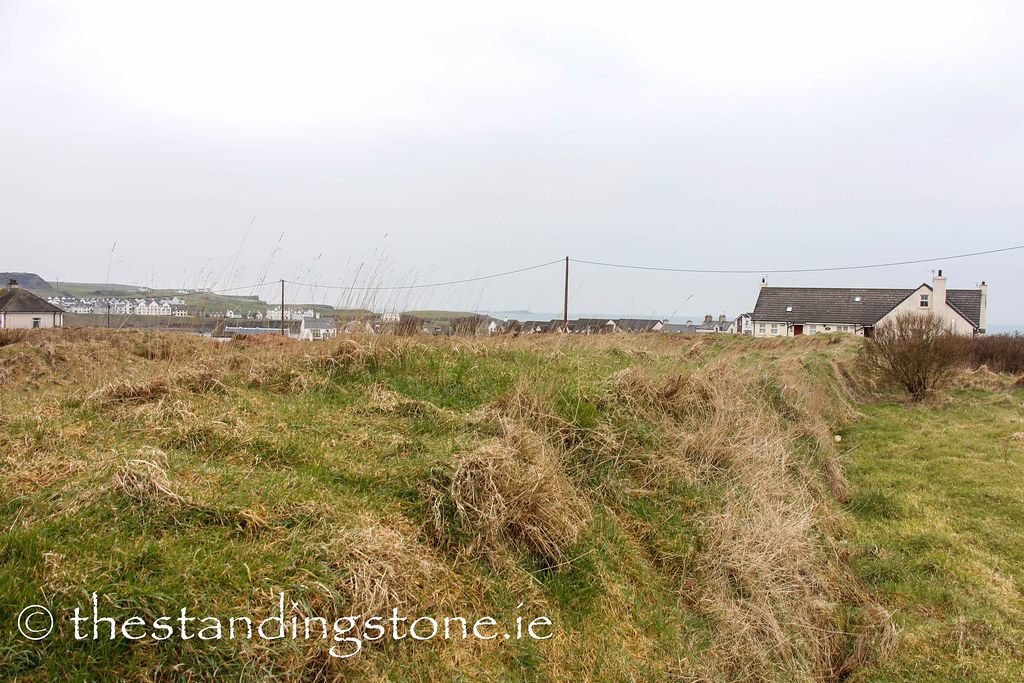 The following are of the wet earthwork. 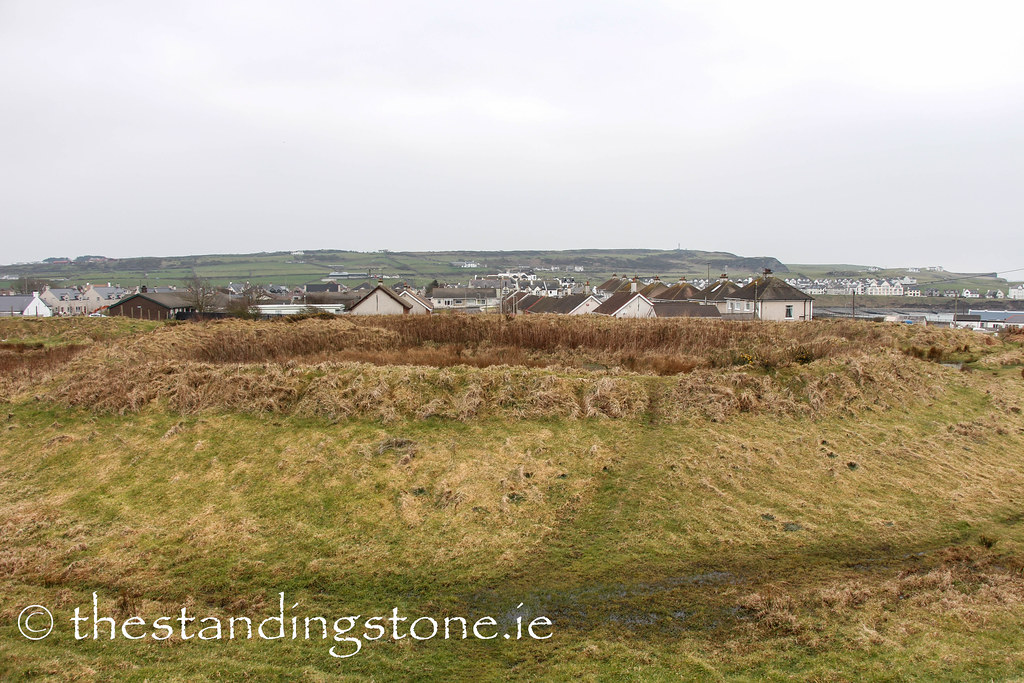 Looking from the outer bank to the inner bank of the wet earthwork. 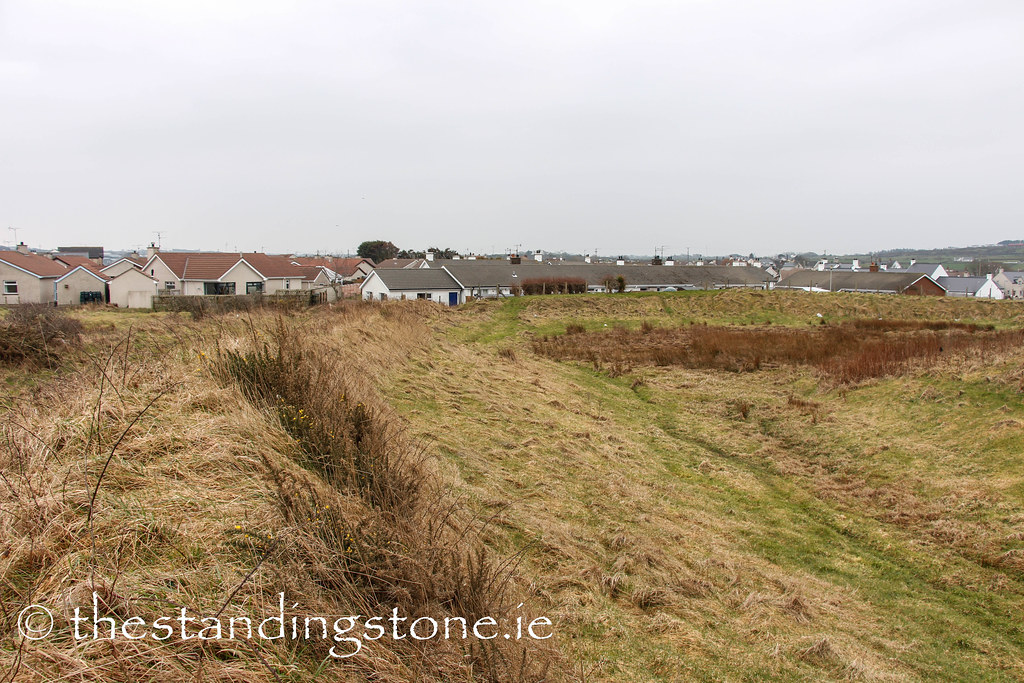 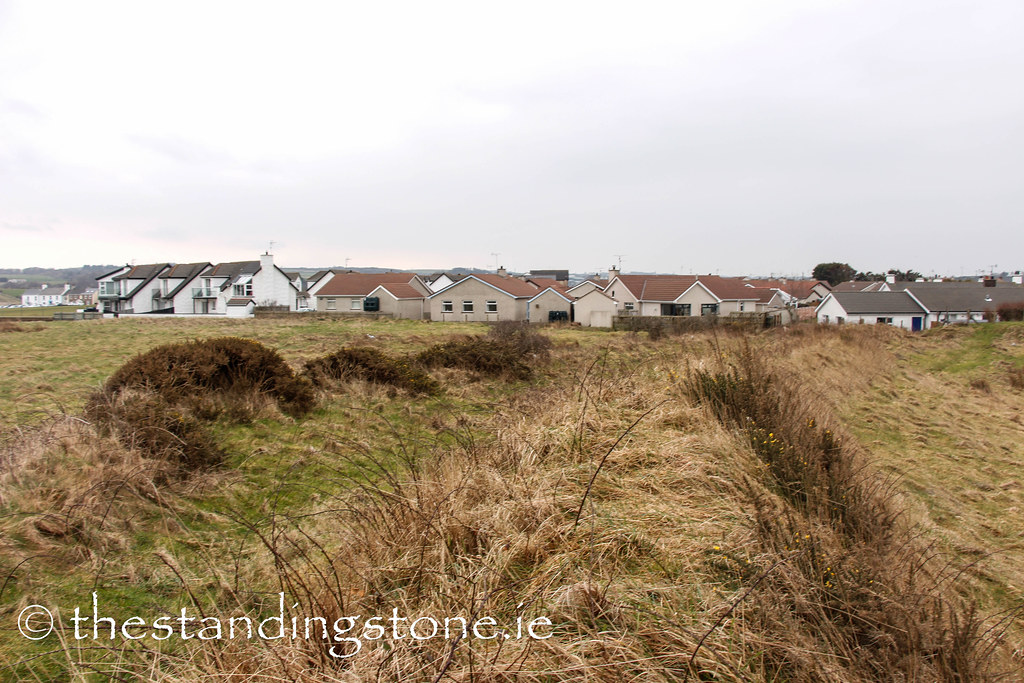 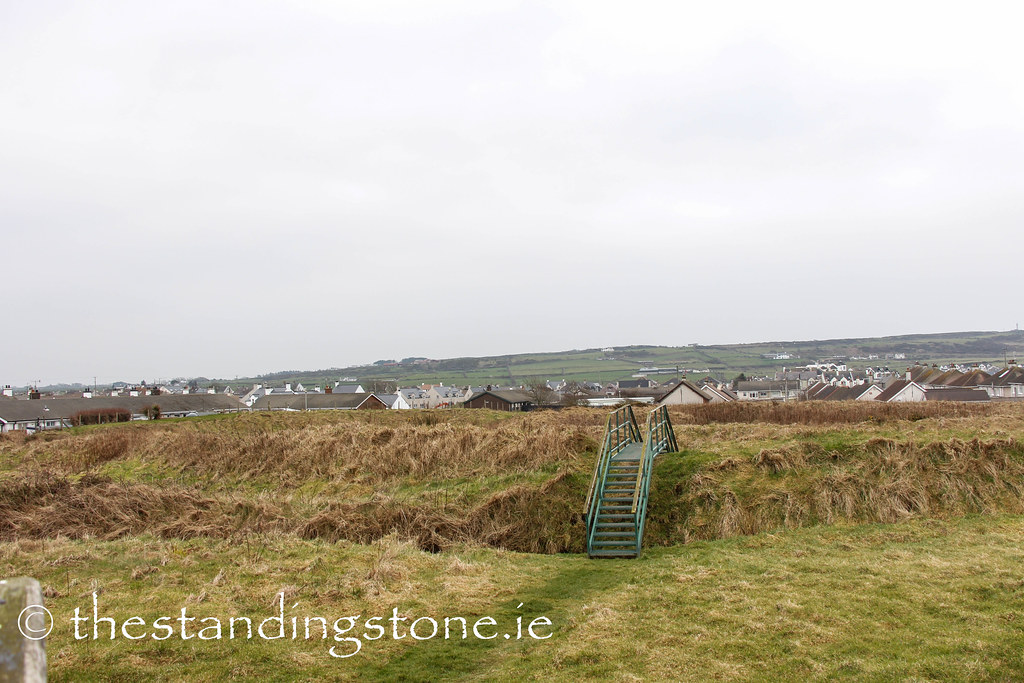 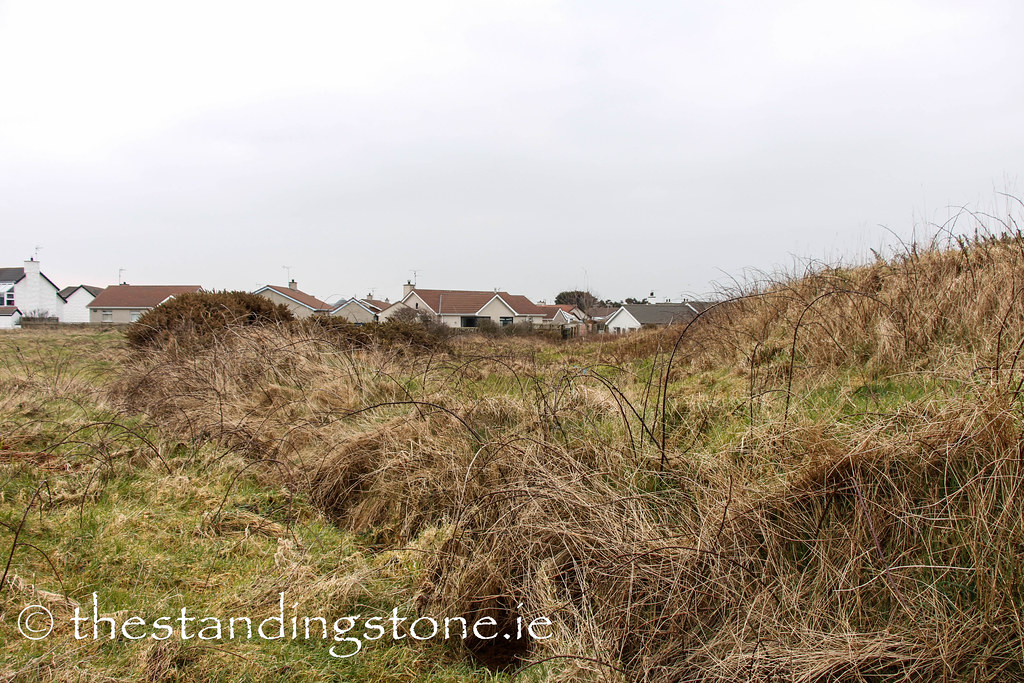